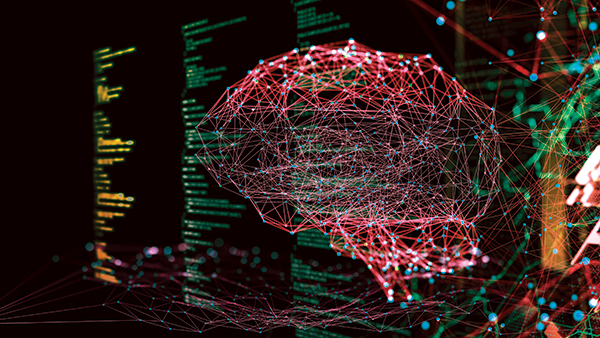 When it comes to exploring unknown worlds, Portugal’s reputation is long since established. In a previous age of discovery, Portuguese explorers leveraged their peoples’ unrivaled expertise in shipbuilding, mapmaking and navigation, plunged into the dark unknown and discovered vast regions that had gone unimagined.

“If it’s new, we embrace it,” says Margarida Marques, vice president of California-based Hitachi-Vantara and leader of the management software and hardware company’s Lisbon operations. “We play on the side of discovery and innovation,” says Marques. “And being a small country, we play on the side of quality, not quantity. It’s part of our character.”

At this particular moment in history, the new world resides within undiscovered realms of artificial intelligence. And, no surprise, Portugal is all in. So much so that — like Hitachi-Vantara — global technology giants including Microsoft, Cisco, Cloudflare and Siemens have established innovation hubs in Portugal, along with innovation-driven manufacturers such as Volkswagen, Bosch, Mercedes Benz and BMW.

Add to that a slew of digital unicorns, a homegrown crop of engineering talent and a small invasion of “digital nomads” drawn by Portugal’s undisputed loveliness, and a certain buzz is unmistakable. So believes U.S. expatriate Joe Paton, director of neuroscience research at Lisbon’s Champalimaud Foundation, a private biomedical research institute.

Champalimaud — for its data-driven brain and cancer research — earned a global No. 4 ranking in artificial intelligence among non-profits and NGOs from the scientific journal Nature Index.

Paton arrived in Portugal planning to stay “a few years,” and has no intention of leaving, he says. Having done stints at Columbia and Stanford Universities, he recently attended events surrounding Lisbon’s annual Web Summit, billed as the world’s largest digital gathering.

“It was really striking,” Paton tells Site Selection. “I was in Silicon Valley in the early 2000s, and what I felt at the Web Summit, it could have been San Francisco.” That vibe contributes to Portugal’s “attracting a lot of companies in the AI space, because there’s such a good talent pool and costs are relatively low. It’s a really attractive place to live,” says Paton, “and for what I do, there are few places that can compete with it.”

A Multitude of Possibilities

The emerging geography of artificial intelligence is every bit as varied as were the lands explored by the Portuguese of the 15th and 16th centuries. Hitachi-Vantara’s innovation hub in Lisbon — one of four worldwide — employs 100 engineers and is engaged in ventures as far flung as developing one of the company’s signature management platforms to delivering custom projects to global clients in areas ranging from forest management to satellite guidance and public transportation.

Likewise, in addition to collaborating with the Portuguese capital, Lisbon, on a “smart cities” project, Japan’s NEC, from its Lisbon office, partners with a leading Japanese tomato producer on a data-driven venture to uncover the secrets of Portugal’s world-renowned, tasty tomatoes.

“In Portugal, as in a lot of Latin countries,” says Joao Fernandes, general manager of NEC’s Lisbon office, “we are extremely adaptable. And with AI skills, you have to be able step out of your comfort zone. That capacity for mental flexibility is very present here, and it’s extremely valuable with regards to AI applications.”

Daniela Braga, a graduate of Portugal’s University of Porto, is one of the country’s AI superstars. Named last June to President Biden’s National Artificial Research Resource Task Force, the Portuguese-born Braga moved to the U.S. in 2012 and, three years later, started Defined.ai, now a world leading provider of data, models and tools for artificial intelligence to companies including BMW, MasterCard, SoftBank and EDP. Founded in Seattle, the company’s R&D hub is Lisbon.

Feedzai, one of the most celebrated of Portugal’s AI unicorns, provides fraud security to banks worldwide, including, the company says, the five largest banks in North America. Founded in 2011 and now with 10 offices worldwide, Feedzai’s reach includes 800 million customers in 190 countries.

Portuguese AI startups valued at $1 billion or more also include Farfetch, a high-fashion website, and Outsystems, a specialist in enterprise software delivery active in 87 countries and across 22 industries. Other standout AI startups include SISCOG (intelligent transportation systems), Unbabel (customer support) and InterProlog (consulting), according to Paulo Novais, professor of computer science at the University of Minho and a former president of the Portuguese Association for Artificial Intelligence.

“Our country,” says Novais, “is characterized by few big AI companies and a lot of small or even micro companies that are really making a difference.”

A Talent Stream Primed by Science

Talkdesk, a global AI software provider, was founded in Lisbon in 2012, now is headquartered in San Francisco and achieved unicorn status in 2018. The company’s two founders, Tiago Paiva and Cristina Fonseca, both are graduates of Lisbon’s esteemed Instituto Superior Técnico, whose Professor Catarina Barata, a robotics researcher, is a recent winner of a Google Research Scholarship for her use of AI in medical imaging analysis. In addition, the universities of Lisbon, Porto, Minho, Coimbra, Aveiro and NOVA University all are cranking out successive generations of engineering talent.

“Portugal,” says Luis Paulo Reis, professor of engineering at the University of Porto, “has excellent universities, excellent researchers, and excellent collaboration with businesses on AI development projects. And geographically speaking,” Reis adds, “from Portugal, you can connect to anywhere in the world.”

Increasing the county’s stream of AI talent is a centerpiece of the Portuguese government’s AI 2030 Portugal strategy, unveiled in 2019. The strategy aims to upgrade Portugal’s technical labor force through fostering specialization across the expanding web of AI applications. Government efforts to engage internationally have yielded AI-related partnerships with MIT, Carnegie Mellon and the University of Texas.

Portugal’s enduring belief in science, say several of those who spoke with Site Selection, is reflected in its success in combating the coronavirus. According to the Portuguese government, roughly 98% of those eligible have been fully vaccinated. Since last winter, the entire country has averaged fewer than 20 deaths per day attributable to COVID-19.

“A place like Portugal, with such high levels of trust in science, really has the potential to develop new applications in AI,” says the Champalimaud Foundation’s Paton. “There are not many places you can say this about, but in Portugal, science is foundational. The applicability of AI is going to reach into every area, and Portugal’s embrace of science across all levels is truly a multiplier.”

This Investment Profile was prepared under the auspices of AICEP Portugal Global.
For more information, please contact Olga Benquerença  at olga.benquerenca@portugalglobal.pt.