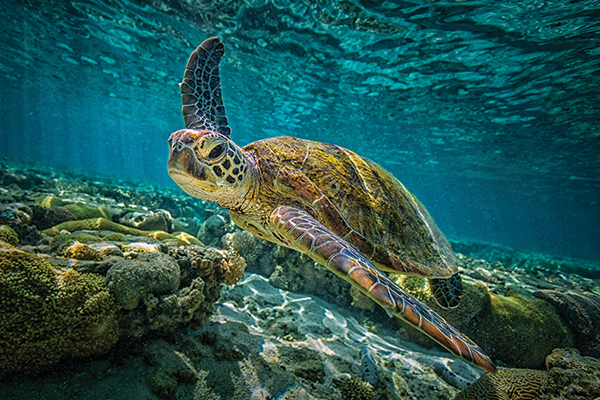 As if there were a year-end deadline, renewable energy projects made a beeline for Queensland in late 2021, leaving the state’s other industrial sector investments racing to catch up. Renewable hydrogen facility investment was particularly active. ENEOS, Japan’s largest oil company, for example, said in December it is set to significantly increase its production of green hydrogen in Queensland. In 2022, ENEOS will produce up to 20 kilograms of green hydrogen daily at its Bulwer Island site in Brisbane.

Treasurer and Minister for Trade and Investment Cameron Dick said the announcement was another major step towards Queensland becoming a renewable hydrogen superpower. “These sorts of commitments raise our profile as an attractive destination for substantial foreign investment,” he noted. “ENEOS’ increase in local green hydrogen production will create 30 new specialist jobs for Queensland in a key growth industry.”

"This project will not only be a game changer for green manufacturing in regional Queensland, it will also provide a major boost for the local economy and indelibly put Queensland as an epicenter of the coming green industry revolution.”

ENEOS will produce the green hydrogen using its own patented electrolysis technology, powered from renewable energy generated by a dedicated onsite 250-kilowatt solar system. This is the first project supported by the Japanese Government’s $24 billion Green Innovation Fund, which will help the country achieve carbon neutrality by 2050.

ENEOS, in partnership with Japanese engineering company Chiyoda Corporation and the Queensland University of Technology, began its Queensland-based green hydrogen technology demonstrations in 2018. The company has also started construction on a 204-megawatt solar project at Edenvale in the Western Downs, supporting 400 regional jobs.

In November, renewable energy company Fortescue Future Industries (FFI) gained planning approval to build one of the world’s largest hydrogen equipment manufacturing facilities in the Gladstone State Development Area. The first stage is the AU$114 million Global Green Energy Manufacturing Centre (GEM) that will create 100 construction jobs and 50 operational jobs, with employment expected to exceed 300 over the life of the project. GEM’s electrolyser facility is a boost to Queensland’s growing credentials as a world leader in green hydrogen. Production will commence in 2023. (For more, turn to p. 79 of this issue.)

“This project will not only be a game changer for green manufacturing in regional Queensland, it will also provide a major boost for the local economy and indelibly put Queensland as an epicenter of the coming green industry revolution,” said FFI Chairman Dr. Andrew Forrest. At about the same time, FFI reached an agreement with Incitec Pivot, a producer of industrial chemicals and fertilizers, for a feasibility study into green hydrogen and green ammonia production and export at Gibson Island at Murrarie.