Building a Hydrogen Hub For the Net-Zero Economy 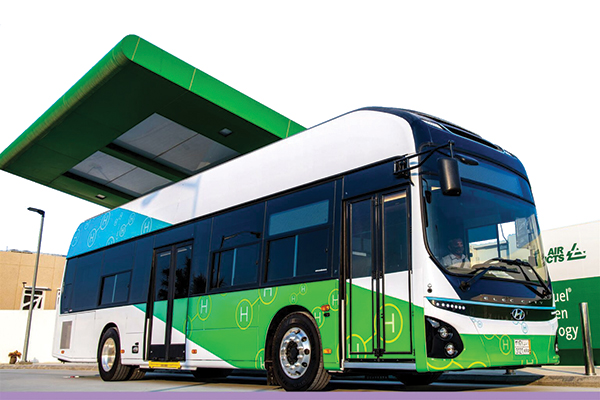 Sometimes the most important number is zero.

In the Edmonton Metropolitan Region, the worldwide ambition to achieve net-zero carbon emissions by 2050 is serving as the catalyst for the economic transformation of Western Canada and beyond.

The biggest catalyst in this effort is Air Products, which announced plans last June 9 to invest US$1.1 billion to build a net-zero production and liquefaction plant in the Edmonton region, Alberta’s capital city and a region of 1.49 million people — the fifth largest in Canada.

Air Products President and CEO Seifi Ghasemi made the announcement confirming the massive hydrogen-energy complex. “We have made tremendous investments to help build the hydrogen economy,” he said. “By being a first-mover in world-scale projects, such as our net-zero energy complex in Alberta, we are paving the way for a cleaner, more sustainable future and speeding the energy transformation.”

Hydrogen helps companies and governments move closer to net-zero status because it does not emit carbon when used as a fuel source. Hydrogen can be used to power cars, trucks, homes and other energy-intensive products. Plus, hydrogen can be transported either as a gas or a liquid.

The US$68 billion company operating in 50 countries conducted an extensive site search before choosing Edmonton. “Six factors led us to select Edmonton,” says Rachel Smith, Vice President, Canada, of Air Products. “Lots of other places can boast one or two of these advantages, but Edmonton is unique in offering all of them.”

Smith applauds the foresight of local and provincial leaders in pursuing net-zero. “I’ve always been proud of how well the region has taken advantage of the natural energy resources we enjoy in this region,” she says. “Edmonton is leading the world today in clean energy innovation. The region is set to become Western Canada’s hydrogen hub and play a big role in energy transition. Edmonton has been understated in discussions around clean energy, but I see that changing. The world is taking notice of the activity happening here, and it’s attracting investments that will lead the way to create a cleaner energy future for Canada.”

Smith also credits Edmonton Global, the economic development organization for the region, with delivering the energy, skill and helpfulness needed to get the Air Products deal done and to make net-zero a reality for the region.

Companies will have invested $30 billion by 2030 into hydrogen and other clean-energy plants in the Edmonton region.
Source: Edmonton Global

Brent Lakeman, Director of Hydrogen Initiative for Edmonton Global, says Air Products is a good fit because “this is the largest site of hydrogen production in all of Canada. When you look at our geological storage potential, it’s easy to see why there have been big investments here.”

Companies like Dow Chemical and Shell have also announced significant projects in the region. Dow announced a $10 billion facility to produce ethylene and polyethylene to decarbonize 30% of Dow’s global emissions. Enhancements to Shell Quest and the announced Polaris project are pumping additional billions into carbon capture storage facilities. By 2030, the region expects more than  $30 billion in capital projects to be completed or underway related to hydrogen, carbon capture, clean-energy, and net zero heavy industry.

“Alberta is home to the world’s third largest stores of natural gas, the feedstock of hydrogen,” says Lakeman. “We think the Edmonton region can become a key hub for a decarbonized transportation and logistics sector because of this. Current and future carbon charges and regulations are making hydrogen fuel competitive with diesel and we are anticipating long-haul, heavy-duty trucks and bus fleets converting to hydrogen. This demand, in Western Canada and in places like California, will drive the growth of our hydrogen production sector.”

Myron Keehn, Vice President, Air Service and Business Development, for Edmonton International Airport, says, “EIA is committed to being net zero by 2040 and is the first airport in the world to join the Amazon Climate Pledge as an expression of sustainability commitments. We know that a key enabler in our decarbonization work is H2, and we seek to serve as ‘Canada’s innovation airport’ as we develop this sector. Looking ahead, hydrogen will serve as a fuel for airport operations, regional transportation options, and a core building block for sustainable alternative jet fuels. We count our ourselves lucky to have the regional competitive advantages and partners that we do, and we look forward to working collaboratively to build out our H2 economy.”