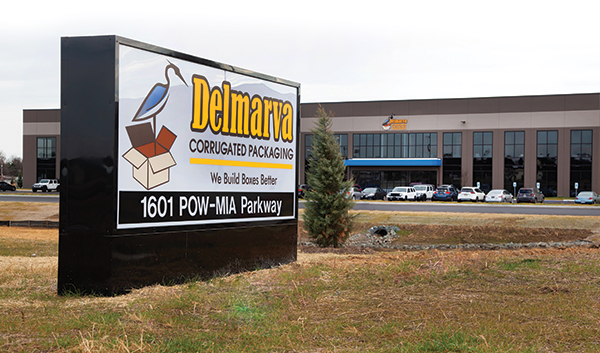 Delmarva Corrugated Packaging found the right location for its new super plant in Dover, Delaware, after closing a facility in New Jersey that didn’t have space to expand. The new equipment the box manufacturer will use runs faster but takes up more floor space, so it was time for a bigger, better site, says Jeff Coleman, President and Chief Commercial Officer.

“We wanted a site in an Opportunity Zone and that has access to rail, which is important to our suppliers,” says Coleman. “We looked in New Jersey, Pennsylvania, Maryland and Delaware. Each of the states has their positive attributes and some drawbacks. At the end of the day, this site checked all the boxes, so selecting Delaware was not a difficult decision.”

The $91 million plant will employ 159 and will supply customers within 300 miles of Dover. 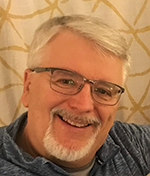 “We wanted a site in an Opportunity Zone and that has access to rail, which is important to our suppliers.”
— Jeff Coleman, President and Chief Commercial Officer, Delmarva Corrugated Packaging

“The icing on the cake is Dover Air Force Base being just five miles from the plant,” Coleman points out. “Every year, about 500 or more people end their tour of duty with the Air Force there. People coming out of the military tend be structured and understand that starting time is not a suggestion but a requirement. From a technology perspective, we hired a retiree who was doing maintenance on F-15s. He had to learn our equipment, but it was not a step up in technology. It was a lateral step. We feel that having a portion of our workforce from there will serve us well over time.”

New facilities afford the opportunity to incorporate the latest in sustainable features and design, and the new Dover plant is no exception. “Our mission was to build it 10% better than Delaware energy efficiency standards,” says Coleman. “In terms of transportation, as much as 75% of our outgoing shipments will be part of a backhaul system from our contract carrier. Their shipments may originate here in Dover and go to the New York-to-Philadelphia corridor, then they have shipments back to the Delmarva Peninsula. There are very few empty miles in our transportation chain, which is important in terms of sustainability and given the shortage of truck drivers in the U.S. today.”

Coleman says about 65% of the paper the company uses to make boxes is made from recycled content. “The newer technology in paper mills allows us to take less fiber, which means less basis weight, which lets us make boxes equal to or stronger than those we made years ago. A typical basis weight in the past in a corrugated box plant would be 120 pounds per thousand square feet of board. Today it’s about 105 pounds.” Thanks to the manufacturing processes in use by the company, adds Coleman, “we get a more robust caliper in the board, and the more caliper we can produce, the greater the strength characteristic. All of this means that at this plant, we can right weight the paper, which is very important to our customers. I wouldn’t be surprised if this model isn’t repeated elsewhere in the country in the future.”

A Facility on the Fast Track

The facility had a soft opening in October, notes Coleman, with operations ramping up fully in the coming months. A lot had to happen to get to this point. What was Coleman’s experience of that process?

“The City of Dover has been great to work with,” he says. “At other facilities I’ve worked at elsewhere, we were a small fish in a big pond. Here we’re more of a big fish in a small pond. The city made us feel special. They have a responsibility to check the necessary boxes, and I would expect nothing less. There are new box plants similar to ours that started four to six months before we did. We’re operating anywhere from three to six months before them. Some credit for that goes to the city, Kent County and the state.

Ideally, the governor wants to have new manufacturing entities up and running in six months. We did it in nine months on a limited basis, and it’s a 457,000-square-foot building. That includes about a month in weather delays. I don’t think we could have gotten from point A to point B so quickly anywhere else.”

This Investment Profile was prepared under the auspices of the Delaware Prosperity Partnership. For more information, visit choosedelaware.com or call 302.244.5785.