Getting From Here to There – A Blueprint for Economic Prosperity 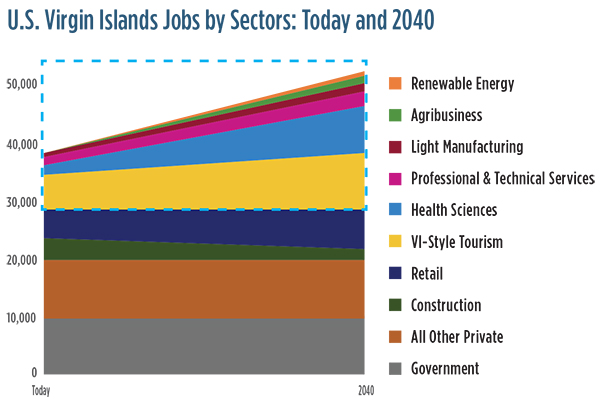 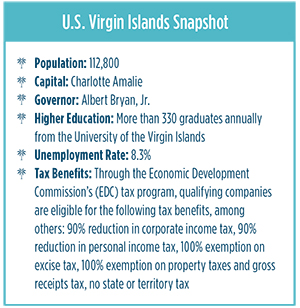 Part of what makes Vision 2040 unlike other long-term economic development plans is the significant input of more than 3,000 direct or indirect stakeholders in the plan’s outcome. They participated in a survey, the results of which boil down to this, according to the report: Participants expressed hope that Vision 2040 would position the U.S. Virgin Islands as a vibrant, desirable place to live and visit, and a prosperous business location that is competitive based on its abilities to develop, retain and attract talented workers with creativity and imagination. The chart below forecasts 2040 employment growth in the target sectors.

In 2040, the U.S. Virgin Islands will have a larger and more diverse economy than it does today. By focusing efforts on the targeted industries and goals identified in this strategy, total jobs in the territory could grow by 35% from under 40,000 today to over 52,000 in 2040. In 20 years, the number of jobs would surpass the pre-Great Recession peak, placing the territory on a path toward stable economic growth.