The Power of an ESG Protocol 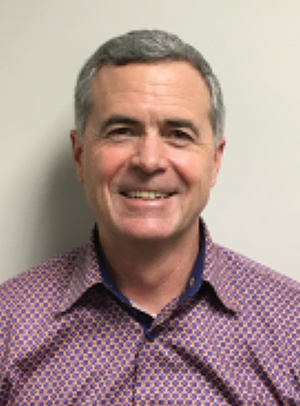 Increasingly, the importance of corporations adopting a protocol for environmental, social and governance (ESG) performance is top-of-mind. Indeed, it has become a growing conversation within the ranks of IAMC, as our recent London Forum bore out.

The establishment of ESG programs and protocols is a complex and highly nuanced initiative, much more than can be treated fairly in the space of this short column. That said, we certainly see it as a lInchpin concept in a growing number of corporate mission statements, a particularly critical fact given its frequency among investment institutions.

But ESG has to be actionable, more than flowery words on a corporate webpage. Here, I must say how proud I am that Sonoco has been named one of America’s Most Responsible Companies by Newsweek, and we are also a recipient of MSCI’s ESG “A” rating.

But ESG is not one thought, not for real estate executives, and too often, I believe, we use it as a simple pseudonym for sustainability. It is much more, and the social and governance aspects need their proper due.

First, to address the “E” part of the equation, we are all challenged to create spaces that respect the environment. I say “challenged” since we are in an environment where space is at a premium, and we often are caught between the need for speed to market and compliance with local municipalities.

There is now a national mandate to achieve a zero-carbon footprint by 2050. This in addition to the growing number of cities and states that are enacting their own carbon mandates. This dictates a more environmentally strategic approach to our long-term holdings. Happily, where LEED protocols were once the industry standard, there are now a plethora of programs — such as Fitwel and the Well Building Standard — that allow practitioners to select from a menu of protocols for those that fit their portfolios and their own carbon goals.

But the push-pull between compliance and speed to market is a tension that will not be relieved in the short term. The best we can do is the best we can do, by adapting a dual view of current market need and the adaptability of our assets to long-term environmental enhancement.

The social and governance components are softer considerations than brick and mortar. Here too, however, we can pitch in by contracting with vendors and industry partners that are in alignment with our own corporate goals for social improvement. We can give back to the community and contribute to causes beyond our own profitability. We can embrace the shifting population and diversity, equity and inclusion in our hiring and mentorship practices.

In terms of governance, we must turn a critical eye to such concerns as transparency in our accounting practices and the alliances we are forging. S&P states: “The purpose of the corporation, the role and makeup of boards of directors, and the compensation and oversight of top executives have emerged as core issues in companies’ corporate governance structures.”

No consideration of ESG protocols is purely altruistic. We are all businesspeople. But we are businesspeople who are addressing a shifting social dynamic. For instance, in an era of severe labor shortages, Millennials and Gen Xers — now the majority population — seek employers whose culture aligns with their own. And as stated above, it is a key litmus test for investors. Establishing ESG protocols is the wave of the future, regardless of the challenges the creation of such programs entail. We either lead or we are left behind.

Interested in learning more on this topic and other? Consider attending the IAMC Forum in Fort Lauderdale, April 30 to May 4. I hope to see you there!

Making a Case for Ally-Shoring

The global supply chain — weighed down with the challenges we all know so well — is more than it appears. The supply chain, when operating to its maximum efficiency, is a major contributor not only to corporate success, but also to global economies and, as such, to enhanced relations with our allied countries around the world. But there’s still more than what meets the eye. Implied in those alliances are such concepts as national security and the open, democratic systems that support free markets. Needless to say, the global supply chain is a complex and highly vulnerable system that can be too easily broken.

“COVID has made it clear that we’re dependent on other countries in ways that may not be best for our own national and economic security.”
— Elaine Dezenski, Foundation for Defense of Democracies

According to some experts, owing to the bad actions of specific players — especially China — our supply chains are in fact at risk, which means that all of the benefits listed above are in the crosshairs of “increasingly difficult relationships between democracies and authoritarian governments,” as Elaine Dezenski, senior advisor at the Foundation for Defense of Democracies, states. Clearly at risk are such critical goods and services as steel and technology, key elements to infrastructure, when they are being priced exorbitantly high.

“COVID has made it clear that we’re dependent on other countries in ways that may not be best for our own national and economic security,” says Dezenski. “It’s causing a fundamental rethinking of where those vulnerabilities lie and how we address them.”

Enter ally-shoring. Folks who attended the IAMC Forum in Kansas City this year will remember Dezenski and her colleague, John C. Austin, who spoke for this article after the Forum and presented ally-shoring as one possible means of buttressing those vulnerabilities. Just as nearshoring would align us with friendly neighbors in the pursuit of on-time product delivery, ally-shoring in its simplest definition would bring that concept to the global stage, fostering alignments with such allies as India and Taiwan as well as Mexico and Canada.

While those last two countries could benefit from a greater reliance on nearshoring, “nearshoring doesn’t recognize the foreign policy and democratic goals of ally-shoring,” says Austin, who is nonresident senior fellow of the Brookings Institution. By building safe alliances with friendly nations around the world, “we strengthen all of our economies, and by doing so, we strengthen global democracies by offering a better alternative than having to rely on authoritarian systems, an alternative marked by job opportunities and freedom and openness and the respect for human rights.”

Ally-shoring would underscore those goals by diverting our supply chains from what Dezenski describes as the unfair and aggressive trade practices in China. She notes that China is a hotbed of inconsistency in the policies it enacts and chooses to enforce. “It’s difficult to quantify the cost of doing business where the rules shift,” she says. “It might look friendly one day, and the next day or in the next five years it will not.”

Austin agrees. “We have to begin producing more with partners we trust,” he says. Onshoring isn’t a practical or cost-effective means of production, which is why “we’ve created this just-in-time, interdependent global production system. Its purpose is to build competitive products, make money and put people to work. But it’s been proven that we have to work with allies who want to play by more consistent and clearly defined rules of the road.”

As a sobering national security example, he points to mobile phones, products consisting of components “from 50 countries. Leaning into our tightly wound and highly interdependent supply chain to include partners we trust would strategically cut out actors who might embed surveillance systems into products. We can get semiconductors from Taiwan and South Korea, and they are reliable partners.”

But, as one Forum attendee asked, where lies the nexus between good public policy and corporate profit? After all, there is a fiduciary responsibility that all members have to address, and few if any of the gathered membership are experts in public policy. 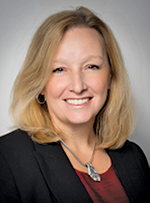 “To the extent that we aren’t paying attention to where the supply chain is housed — and we remain unaware of the politics that surround those locations — that is the extent to which we put ourselves at risk.”
— Tracey Hyatt Bosman, Biggins Lacy Shapiro

“Good public policy allows business to thrive by selling our products and services globally on a truly competitive basis,” Austin responds. “In doing so, we also provide well-paying jobs.”

The reconfiguration will serve both national and private sector business interests, and this, says Tracey Hyatt Bosman, managing director of Biggins Lacy Shapiro & Company, is where the rubber meets the road for those businesspeople, and clearly for IAMC members. “We saw it in Kansas City,” says Bosman, who sits on IAMC’s Professional Development Committee and served as moderator for the Fall Forum session. (Her background is in international trade.) “To the extent that we aren’t paying attention to where the supply chain is housed — and we remain unaware of the politics that surround those locations — that is the extent to which we put ourselves and our business models at risk.”

Therein lies the call to action, not just for IAMC members but for business generally. At its core is the need to rethink your supply chain as more than just the on-time delivery of product.

“Our call to action would be to understand the risks we’re facing and to think about where the private sector can help build resilience in new markets,” says Dezenski. Those new markets must be those that are “democratically oriented, embracing the open rules-based market dynamic that companies have profited from and will continue to profit from over the years.”

Businesspeople may not be public policy experts, but the responsibility remains: “Companies need to be engaged in protecting democratic rules and norms,” says Dezenski, “to ensure the market continues to operate in a way that supports capitalism and democracy.”

Greater adoption of ally-shoring will not happen overnight. But it is a transformation that must continue, she says, and everyone needs to play a role, “including business.”

IAMC INSIDER: The Green Choice; People and Projects from Caterpillar, 3M, Boeing, Pfizer and others. (Sep 30, 2010)