Seeing Nebraska From a New Perspective 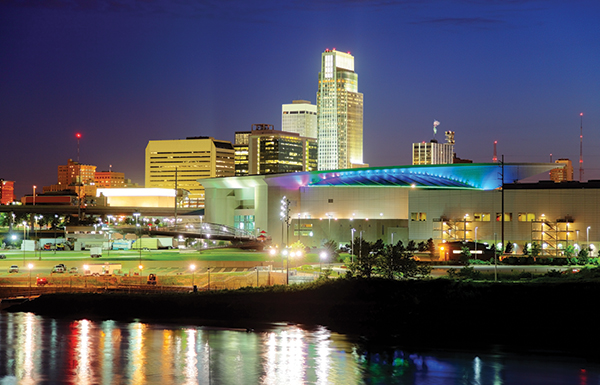 Was Nebraska your first guess? If not, Nebraska Gov. Pete Ricketts would like to set the record straight and change your perception. Since taking office in January 2015 as the state’s 40th governor, Ricketts has made improving the Nebraska business climate one of his top priorities. 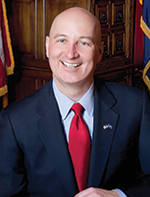 If you’re having trouble getting through to the governor in your state, come to Nebraska. You’ll get to the decision-makers here. In Nebraska, you can talk to me and my Cabinet heads. You will have my cell phone number.”
— Nebraska Gov. Pete Ricketts

Businesses and workers responded by delivering wins. In 2021, Sustainable Beef received approval to build a $300 million food processing plant in North Platte. In May 2021, Nucor Steel announced $58 million in upgrades and added 500 people in Norfolk. Becton Dickinson completed a $70 million project to expand its needles and syringes plant in Nebraska after receiving orders for $2 billion in injection devices. And in July 2021, Kawasaki signed a $1.4 billion deal to deliver rail cars to New York City.

At 68.4% Nebraska has the 2nd highest workforce participation rate in the country.
Source: DED

“We’ve seen continued investment by companies because they’ve seen that we are a common-sense state,” says Ricketts. “By taking a common-sense approach to pandemic management in 2020, we laid the foundation for a strong performance in 2021. We put restrictions in place that allowed businesses to stay open depending on the number of hospital beds open in their area. Restaurants and bars were allowed to conduct carry-out business. The most popular thing I ever did as governor was to allow carry-out liquor.”

By proactively managing the crisis, Ricketts saved lives while giving businesses and employees a fighting chance at economic health. Another result of his approach was a healthy state budget.

“When we see this kind of economic activity, we see huge state revenue records,” says Ricketts. “Our budget came in nearly 20% above forecast. We upgraded our forecast by another $900 million for the next two years.”

You Can Put the Governor on Speed Dial

The agricultural sector provides much of this windfall. Nebraska’s $140 million a month in beef exports this year set a state record. “We exported more corn in the first nine months of 2021 than we did in all of 2019 and 2020 combined,” the governor adds.

The Nebraska Department of Economic Development reports that in the past two years, major investments from Amazon, Facebook, Google, Dollar General and Costco came to the state. DED noted the factors cited by the companies that made these decisions: quality of life; competitive incentives; central location; low business costs; lack of red tape; hardworking people; economic stability; AAA bond rating; and accessible leadership.
The governor says he has no intention of slowing down during his final year in office. He plans to keep recruiting firms to Nebraska through the end of his second 4-year term next January.

“If you’re having trouble getting through to the governor in your state, come to Nebraska,” Ricketts says. “You’ll get to the decision-makers here. In Nebraska, you can talk to me and my Cabinet heads. You will have my cell phone number. We know that bureaucracy holds up decisions in other states. That does not happen here.” 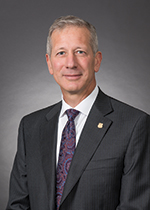 We want to be the most welcoming state in America, grow our GDP, and
grow the productivity of our workforce. We have a balanced economy, and we want to build on that.”
— Lance Fritz, Chair, President & CEO, Union Pacific Railroad

Two people who agree with that sentiment are Lance Fritz and Owen Palm, co-chairs of Blueprint Nebraska, a framework for building a better economy for all Nebraskans. Fritz is chair, president and CEO of Union Pacific Railroad, headquartered in Omaha. Palm is president and CEO of 21st Century Equipment LC, based in Scottsbluff in western Nebraska.

Fritz says Nebraska businesses are united on key issues. “We have a strong business community,” he says. “We harmonize on tackling community issues. A good example is Blueprint Nebraska. The blueprint is meant to be a roadmap for all constituents. It addresses questions like, how do we attract more people, businesses and jobs to Nebraska? We want to be the most welcoming state in America, grow our GDP, and grow the productivity of our workforce. We have a balanced economy, and we want to build on that.”

At the core of Blueprint is developing talent and skillsets — a pillar of Ricketts’ administration. His Youth Talent Initiative, CARES Act Community College Program, and Middle Income and Rural Workforce Housing programs are designed to support workforce development.

Ricketts touts the Jobs for America’s Grads program and the SkillBridge program too. “Jobs for America’s Grads is used in 44 states to help at-risk kids receive mentoring and increase their graduation rates. It has dramatically improved graduation rates since its inception,” he notes. “We use the SkillBridge program to help exiting military go to school and receive the training they need to get good-paying jobs as civilians. We also help military spouses get certifications so they can work in Nebraska. If you are a teacher coming from another state, you can receive your temporary teaching license here right away.”

Ricketts recognizes that part of his challenge is changing the narrative about Nebraska. That’s why he teamed up with DED Director Anthony Goins on October 21 to unveil “The Good Life is Calling” campaign. Developed by Lincoln-based creative agency Archrival, the campaign invites people to Nebraska to enjoy new opportunities in life and career. 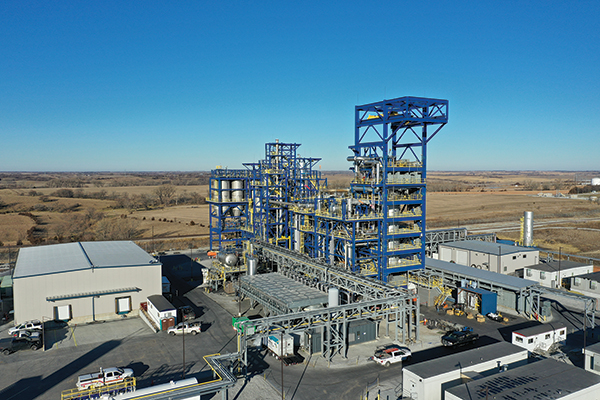 Monolith recently announced it would add 200 people at its Hallam, Nebraska plant.

“Gov. Ricketts has said it a thousand times: To grow Nebraska, we need to tell our state’s story. We live in one of the best states in the country by almost any measure,” said Goins. “Quality of life, job opportunities, great educational opportunities for our kids, affordability for families, and a vibrant and diverse culture with the arts, music, technology, sports and outdoor recreation. Our story has simply been under-told and undersold. Today, that changes. It’s time to reshape the narrative and relay Nebraska’s real message to the rest of America.”

Nebraskan Adam Devine, actor, director and co-creator of the hit TV show “Workaholics” on Comedy Central, does the voice-over on The Good Life commercials, which feature imagery of the people who live, work and play in Nebraska.

“We are targeting places like Chicago, Silicon Valley and other places full of tech workers,” says Ricketts. “We are asking future Nebraskans to move here and enjoy our great quality of life. Developing the workforce is our first pillar.” 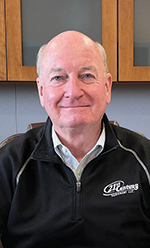 "I moved my family here 34 years ago from Houston. We lived in multiple states during my career. This is by far the most welcoming place we’ve ever been.”
— Owen Palm, President & CEO, 21st Century Equipment

One firm that is targeting future employees is Lincoln-based Monolith, which announced September 1 that it plans to hire 200 new workers, mostly in chemistry and engineering roles, over the next 18 months. The firm hires top talent in green energy and clean material.

Migration from Stanford to Lincoln

The company, which has its headquarters in Lincoln and a major manufacturing plant in Hallam, is hiring for green energy jobs that are highly skilled and highly compensated in advanced manufacturing.

The announcement came just eight months after Monolith announced it would support a $1 billion Nebraska Public Power project that is expected to generate 2 million megawatt-hours of renewable wind and solar power annually.

The company was founded by two mechanical engineers and Stanford graduates in California before moving to Nebraska in 2016. Co-founder and CEO Rob Hanson said they looked at 18 sites in 17 states and Canada before choosing Nebraska for the firm’s first commercial plant. Factors included Nebraska’s low cost of electricity, abundant supply of natural gas and high-quality rail network.

Hanson says that “we looked all over the country for a place to commercially produce carbon black and hydrogen. What we loved about Nebraska was they have affordable and reliable electricity and huge potential for renewables. Plus, anytime you make hydrogen, you need to figure out what to do with it. We will convert hydrogen on site into ammonia. Nebraska is the biggest ammonia market in the world. You need a lot of nitrogen fertilizer to make corn. This is a ready-made market for hydrogen.”

Amy Ostermeyer, executive vice president of development for Monolith, led the company’s headquarters transition from California to Nebraska. She notes that “we formally moved our headquarters from Redwood City to Lincoln in 2018. We are at 165 employees, and over 80% of them are in Nebraska. We find tremendous talent here, and we help people move here.”

The company is not done expanding, both executives say. “We have ramped up our development effort as a company,” says Ostermeyer. “We are looking at dozens of projects right now around North America. Our goal is to bring on 10 new plants by 2030. We expect to announce another location early next year.”

Fritz and Palm, whose companies have been based in Nebraska for decades, said the same factors that drove Monolith to the Cornhusker State 6 years ago still drive the growth of Union Pacific and 21st Century Equipment today.

“We are growing our Harriman Dispatch Center in Omaha,” says UP’s Fritz. “We are doing more technology work there, and we are doing expansion work around our North Platte terminal. Our railroad is large and covers the western two-thirds of the U.S. A lot of our technology investment is happening across our network.”

Palm says 21st Century Equipment, an official John Deere dealer, just celebrated its 25th anniversary and has grown to 16 locations in Nebraska, Colorado and Wyoming. “When additional opportunities become available, we will be interested,” he says. “We will finish 2021 with likely our best year ever, and the outlook for 2022 is positive.”

Palm says he’s bullish on the Nebraska economy. “We have an administration in Nebraska that is very pro-business and pro-agriculture,” he adds. “I moved my family here 34 years ago from Houston. We lived in multiple states during my career. This is by far the most welcoming place we’ve ever been.”

This Investment Profile was prepared under the auspices of the Nebraska Department of Economic Development. For more information, go to www.opportunity.nebraska.gov.