From reshoring and remote work to the rural rebound, COVID-19 changed the landscape. 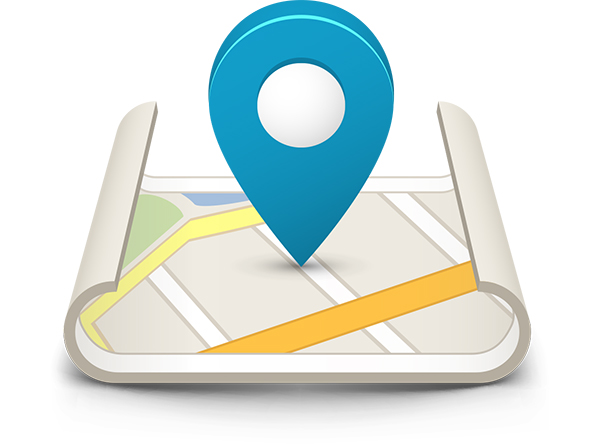 As the world enters its third year of COVID-19, site selectors are doubling down on predictions they made a year ago. From reshoring and supply-chain tightening to remote working and worker shortages, site selectors are telling us that the trends exacerbated by the global pandemic will become even more pronounced in 2022.

When we surveyed national site selection consulting firms in November of 2020, the world had just entered its ninth month of the coronavirus pandemic. Site selectors told us then that their clients were already regrouping by redirecting resources to support reshoring efforts, relocation of workplaces to satellite facilities, and remote working.

When we surveyed these same consultants again in November of 2021, their responses reflected how entrenched these new realities had become. The big takeaways from our annual Site Selectors Survey this time were as follows: 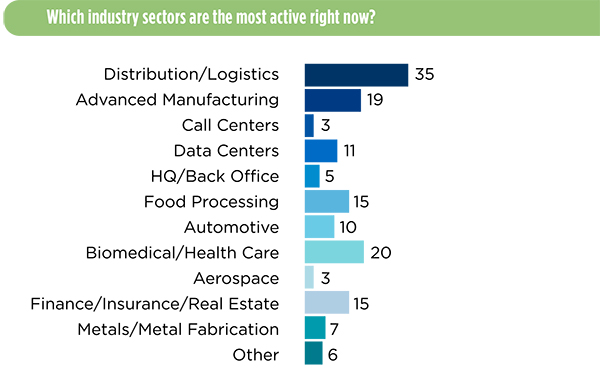 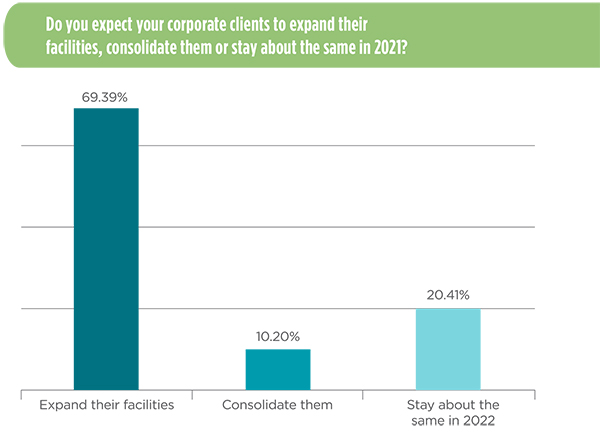 Long lines at the big box store may have reappeared on Black Friday, but those lines pale in comparison to the number of people lining up to order goods online. Over 230 million people in the U.S. purchased goods online in 2021, and that number is rising each year.
All these purchased goods must be shipped somewhere, and that logistics operation requires massive growth in distribution facilities year in and year out. Seventy percent of site selectors polled by Site Selection in November 2021 said that distribution and logistics projects were the most active industry sector right now. The next most active sectors, according to the consultants, were biomedical and health care, advanced manufacturing, food processing, and finance/insurance/real estate.

When asked to name which states had done the most to improve their overall business climate in recent years, most of the 50 total respondents named a Sunbelt state. The most often cited states, in order, were Florida and Tennessee (tied for first with 14 votes each); Texas (13); North Carolina (10); Georgia (9); and South Carolina (8). The best Midwestern finishers were Ohio and Missouri, with 6 votes apiece. No other state received more than 4 votes. Several big states did not receive a single vote. Among them were California, New York and Illinois.

Similarly, we asked consultants to tell us which region of the country had done the most to improve its business climate, and 57% chose the Southeast. The Midwest placed second with 18%, followed by the Southwest with 8% and the Mid-Atlantic with 6%.
Expanding, But Closer to Home

More than 69% of the respondents said they expect their corporate clients to expand their facilities in 2022 — up from 36.5% one year ago. Just 10% predicted that their clients would consolidate in 2022, while 21% said they would stay about the same.

Welcome Back to the Burbs

A couple of site consultants shared their thoughts on why this trend was happening. One said, “Social unrest, crime and spiraling taxes are compounding the pace of migration away from central cities.” Another wrote: “Trend is toward suburban or smaller metros with reasonably good labor markets and available buildings.”

Saying Goodbye to the Office

The trend toward more remote workers picked up pace in 2021, as 85% of respondents said that remote working had impacted their clients site selection decisions, compared to just 15% who said it had no effect. Those numbers changed only slightly from 2020, when 83% said that remote work had affected the site decisions and 17% said it had no effect.
When asked if the trend toward more remote work would continue even after the pandemic subsides, 59% said yes, 20% said no, and 20% said they did not know. Several weighed in with additional thoughts:

Give Me Certainty, or Give Me No Deal

Finally, we asked the consultants to name the most common deal-killers. Just as they did last year, the site selectors told us that governmental mismanagement of projects was by far the biggest cause of deals going south. Many spoke plainly when naming culprits: