St. Albert Could Be Your Next ‘Headroom’ Community 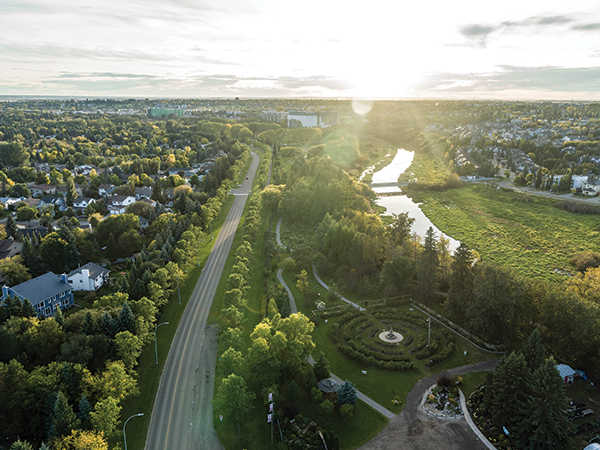 Along with a botanic park that is home to the largest public rose garden in Alberta, St. Albert boasts the highest number of trees per capita in Canada.
Photo courtesy of City of St. Albert
by ADAM BRUNS

Sustainability runs tandem with investment attraction as an economic development priority for the City of St. Albert, a community of 73,000 located on the northwestern outskirts of Edmonton. It’s at the heart of the city’s “Flourish” development plan, and a big reason why Maclean’s named St. Albert the top community in Alberta a few years ago.

About a decade ago, the city began to add more dimensions to its bedroom community reputation in order to sustain its economy alongside its environment. Today, says Economic Development Director Mike Erickson, “I would say we’re more of a ‘headroom community’ than a bedroom community. St. Albert is the kind of city that provides you with the extra space, the extra comfort, and the quality of life that I think both employers and families are looking for. What has become apparent to me over the course of the pandemic, is that the desire for quality of life, flexibility and convenience has become more important than ever for just about everyone.”

St. Albert’s residents are among the most educated in the province, with seven universities and colleges in the region that collectively have close to 130,000 post-secondary students. Asked about openness to immigration, Erickson says, “I’m proud of our country’s reputation for welcoming new Canadians. First-generation Canadians make up 23% of our region’s population, which really helps to foster a diverse, inclusive and welcoming community, as well as workplaces.”

Industrial diversification has taken place most prominently in advanced manufacturing, construction and logistics, thanks to a location at the intersection of the Trans-Canada, CANAMEX Corridor highways, and Anthony Henday ring road, and CN Main Line access within a few miles of the Edmonton Intermodal Terminal. From St. Albert, companies can take advantage of easy access to northern Canada and the Arctic as well as the fastest shipping times of any major city to both the Port of Vancouver and Port of Prince Rupert to reach Asia-Pacific markets. 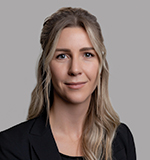 Bronwyn Scrivens, associate broker for industrial at Omada Commercial, says the city “couldn’t be located in a more preferable location for the logistics, distribution and transportation groups that are growing and entering the greater region,” noting its location within minutes of Highway 16, which runs east-west across Alberta. “This makes the city an easy in-and-out point for groups who require inter-provincial corridors for their business operations. Major industrial developments, like QuadReal’s Anthony Henday Business Park, are proof that investors and businesses are taking note of the area.” That park has a 100-job operation from materials supplier Uline as its anchor tenancy.

Among the major operations in town is Alberta Gaming Liquor Cannabis (AGLC), which has been operating in the city since 1983, and in 2018 constructed a new warehouse to accommodate a growth in volume. “When AGLC was looking to consolidate and expand, the right move was to capitalize on our relationship with this community and our existing facility to maximize our efficiencies to keep operations in St. Albert,” the agency says. “Our operations in St. Albert signify an important investment in Alberta’s reliable supply chain. It’s an investment that will continue to pay dividends for the province.”

St. Albert is looking to an exciting new development to pay dividends too: Lakeview Business District spans 617 acres on the west side of the city that will offer various sized parcels from a few acres to 20. “Renewable energy, clean technology, food and agri-business, advanced manufacturing, logistics, and health and life sciences will be key target sectors for Lakeview Business District,” Erickson says. It’s located next to Big Lake, a significant North American birding site.

Scrivens says the stars are aligning for such a development. “Ultimately, businesses are making the decision to move to the periphery markets for lower property taxes, expedited permitting timelines and more affordable land,” she says, “all of which St. Albert is offering to the market.”

Expedited permitting is an area of focus for Mike Erickson and city leaders, as they seek to reduce red tape in order to maintain the community’s reputation for permit delivery in a fraction of the time it takes in larger adjacent municipalities.

“For us, it’s about building a culture that understands the importance of talking the same language and working at the same pace as the private sector,” Erickson says, citing a recent project on a short timeline that prompted a detailed response from city personnel in less than 24 hours. “We’re working toward providing more certainty to industry and investors through guaranteed permitting times and pre-approved development zones.”
When prospective investors come to visit, they just might find themselves leaving with a bounty of curated goods from local food makers.

“The best part is watching their eyes light up when they open the box,” Erickson says. “They’re almost as bright as my kids’ on Christmas morning.”

It’s enough to whet anyone’s appetite. But St. Albert is focused on the main course: Lighting up investors’ eyes with an economy that functions as beautifully as the land its citizens are fortunate to call home.

St. Albert in a Box

This Investment Profile was prepared under the auspices of the City of St. Albert, Alberta. For more information, visit stalbert.ca.