Toast of The Town 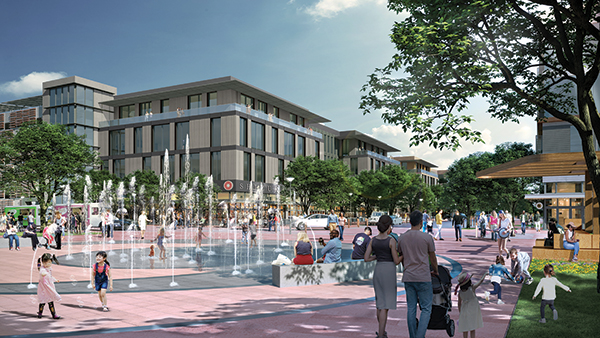 If you ever wanted to raise a toast to a successful second act, a thriving Austin suburb is giving you an opportunity to do it for two reasons.

That suburb is Pflugerville, and the twin reasons for toasting are a massive development project and a soon-to-open attraction. The Pecan District in central Pflugerville is a master-planned, mixed-use project that is slated to contain 952,000 sq. ft. of office space and 208,000 sq. ft. of retail space, as well as multifamily housing, restaurants, taverns and other gathering places.

The attraction is Prost Alehouse, the brainchild of two Dell technology workers in Round Rock. In the coming months, Iven Setiawan and Troy Dudley are set to open their first craft brewery in downtown Pflugerville. The couple chose to bring this new German-inspired brewpub to Pflugerville after an extensive site search.

“Originally, we were looking at Austin, Wooten and Brentwood,” says Dudley. “We really liked those areas. We looked at quite a few properties. We have been planning this for three or four years.”

What made them pick Pflugerville? “Overall, this is a great business choice for us,” says Setiawan. “We could be more a part of the community by coming to Pflugerville. It is not a high-traffic location. It is really the only area that is left of the original Pflugerville town. Owning a building there is an honor for us.”

The historic character of the site and facility sealed the deal, notes Dudley. “Stepping foot in the building is like stepping back in time,” he says. “We’re excited to be able to offer this. With a dog park and other amenities nearby, there are so many things we can do from this location.”

As president of Mixed-Use/Master Plan Development at Presidium, Bulmash is spearheading the development of the Pecan District in the heart of a bustling state capital suburb of 68,000 people. 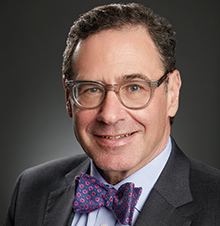 “Companies are wanting to attract the Millennial and Generation Z workers who expect a higher level of amenities. The Pecan District gives it to them.”
— Mark Bulmash, President, Mixed Use/Master Plan Development, Presidium

“We are ecstatic to be developing the Pecan District in Pflugerville which is a mixed-use project of 2.5 million square feet of commercial space and 1,100 units of multi-family housing,” Bulmash says. “We were able to begin development after securing several approvals through the town, one key approval being the creation of the Tax Increment Reinvestment Zone [TIRZ] that pays for extra infrastructures like all new roads, parking decks and other common-use facilities that otherwise would not be built and allows for a project with more density.”

Bulmash says Presidium could not have accomplished this plan without the support of the City of Pflugerville and the Pflugerville Community Development Corp. “We are very fortunate that we have a town that welcomed this growth and redevelopment,” he adds. “Pflugerville has been growing at twice the national average in population. Pecan Road connects the two main highways and the two main growth corridors in the area. Our goal is to create this urban, walkable village with restaurants, retail, a recreation center, hotels, office space and multifamily housing. Each will serve as an amenity for the other uses.”
Dudley and Setiawan see Prost Alehouse as one of Pflugerville’s leading amenities for residents, office workers and visitors to the area. “When you see how the craft beer industry has been growing in Austin, we wanted to see if we could do this on our own,” says Dudley.

The brewpub represents an ambitious second act for Dudley and Setiawan, who have both worked at Dell in Round Rock for the past 20 years. Setiawan has worked in quality assurance, while Dudley is a mechanical engineer.

The couple have two young children and say they want to enjoy all the community has to offer. “You can bike around here for days,” says Setiawan. “We worked with Amy Madison and the PCDC on this project. They have been a key partner and ally for us, and it has been a wonderful experience.”

From Crime Drama to Car Clubs

The couple are planning to convert the historic property, where the 1998 movie “The Newton Boys” was filmed, into a space that will be conducive to public gatherings, especially for motorsports enthusiasts. “I am a big fan of Formula One and Moto GP,” says Dudley. “We will host big events for race watch parties. This can also serve as a meeting place for my car club.” 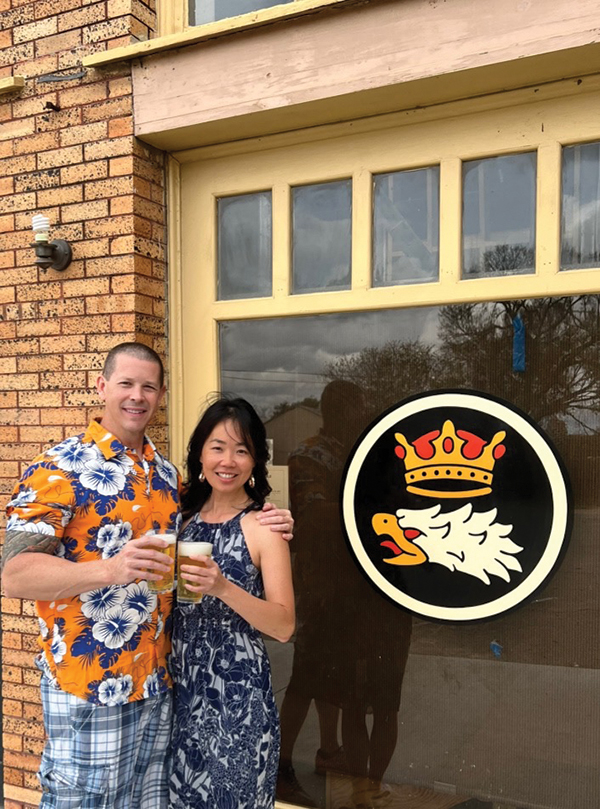 Troy Dudley and Iven Setiawan are co-owners of Prost Alehouse.

Bulmash envisions a “dynamic lifestyle” for The Pecan District. “You can live, work and play in this space,” he says. “Companies are wanting to attract the Millennial and Generation Z workers who expect a higher level of amenities. The Pecan District gives it to them.”

A 272-unit apartment community known as Presidium The Pecan District opened in September 2020, and more projects will be open for business soon. Elevate Growth Partners, which is leasing space for Office Building 1, said the space is leasing for $30 PSF plus an additional $13 to cover operating expenses.

Pflugerville City Manager Sereniah Breland says that the main benefits of the Presidium project “include the arrangement of a mix of uses never before implemented in Pflugerville, and signal to the marketplace that Pflugerville is on the move, and full of proven potential. The concept plan is the result of extensive community input and strong vision of the possibilities. It is a catalytic project for what we hope to see more of throughout the community.”