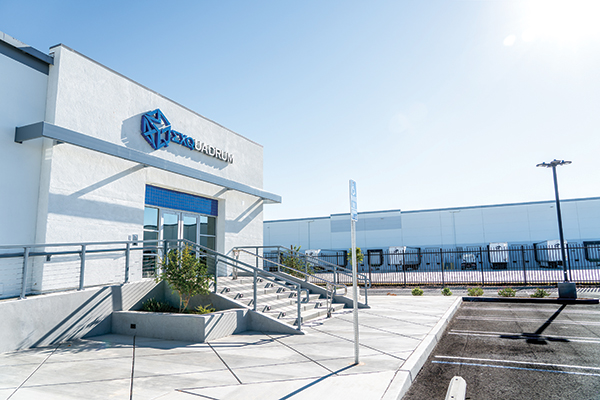 What do a community college, a rocket science company and the largest county by land mass in the country have in common?

They’re all part of a unique partnership aimed at building the next-generation workforce for the advanced manufacturing jobs of the future.

This story starts at the new Exquadrum headquarters in Victorville, California. If you’re not familiar with Victorville, then you probably haven’t seen “Terminator 3: Rise of the Machines.” The city of 125,000 people in San Bernardino County of Southern California receives a prominent plug in that 2003 Arnold Schwarzenegger classic, but the Governator himself probably never envisioned a future where real-life workers at a manufacturing plant in Victorville would create some of the most advanced weapons used by the U.S. Armed Forces.

The leaders of Exquadrum were joined by local and state dignitaries last April when they used a special “formulated” fuse cord to cut the ribbon on their new headquarters at the Southern California Logistics Airport in Victorville. The company’s clients include the Defense Advanced Research Projects Agency (DARPA), U.S. Air Force, U.S. Department of Defense’s Missile Defense Agency and Defense Threat Reduction Agency.

Exquadrum’s work has been hailed as “vital to the national security” of the U.S. by members of Congress, and the firm now has an even bigger platform to bolster the national defense at its new plant in northern San Bernardino County about 85 miles northeast of Los Angeles.

“It was a great day,” says Kevin Mahaffy, CEO of Exquadrum, of the April 9, 2021, grand opening of his firm’s new 66,000-sq.-ft. facility on Sabre Boulevard. “For the first time in our history, we were able to get everyone under one roof. Even though we’ve only been in our new building since April, it has already made a staggering difference in how we work together as a company and how we communicate and organize our work. Our productivity has increased too.” 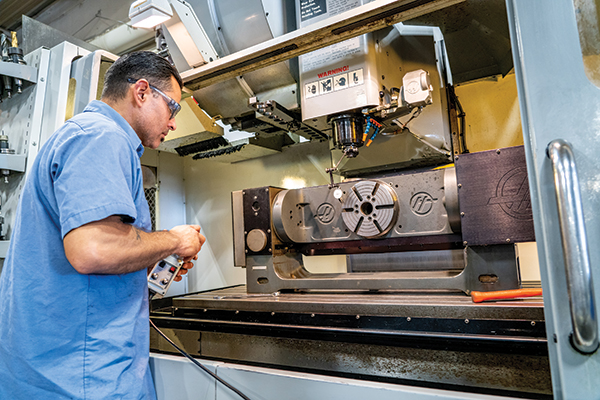 Exquadrum’s work has been hailed as vital to national security.

It was important to Mahaffy and his business partner, Exquadrum President Eric Schmidt, that the firm be able to employ the best possible workforce in a Southern California region of 23 million people. About 2.2 million of those residents live in San Bernardino County, which boasts a workforce of more than 975,000 people. Toward that end, they partnered with Victor Valley College to create a new High Desert Training Center (HDTC) in the same facility as Exquadrum.

“When we were looking at this facility at the airport in Victorville, aspects of the HDTC were being put together by the community college,” says Schmidt. “It was a great opportunity for us to support the local region and have worker training done on site. We were on board from the very beginning. Victor Valley College runs the program, which provides vocational training for what the industry is looking for in trained and certified students. It aligns very well not just with Exquadrum but also with other companies in Victor Valley.”

DeVoll Rubber, General Atomics, Mitsubishi Cement, Rio Tinto and Church & Dwight are among the local companies that use the resources of the HDTC to train their workers. Eric Scmidt and Steve Tyrrell, Mitsubishi Cement maintenance manager, and member of the Manufacturers’ Council of the Inland Empire, were “the industry drivers who made this possible,” says Frank Castanos, director of community and contract education and workforce programs at Victor Valley College and the leader of the High Desert Training Center at SCLA in Victorville.

“Companies in the area were having trouble filling existing positions and also needed to upskill their workforce,” Castanos says. “We worked with the City of Victorville and Stirling Development to rent this building at SCLA for the school for 10 years. That gave us the initial opportunity for the HDTC.”

Exquadrum bought the building for $4.3 million, but the token rent agreement remained in place, adds Castanos. “They are now our new landlord and neighbor, as they share the other half of the building for their operation.”

Schmidt says the curriculum of HDTC “is aligned with our company needs. We were one of the first cohorts of their training program. We had four Exquadrum employees take part in a six-month training program. They provide training in industrial maintenance, hydraulics and pneumatics. This has given us the ability to see firsthand the value of the training center.”

Exquadrum employs 63 full-time workers after tripling in size since 2018. Mahaffy says his firm has no trouble finding help. “The work we do here is really exciting,” he says. “We generally have people begging to work for us. We have resumes sent to us on a regular basis.

Mahaffy says many engineering graduates are attracted to the smaller and more nimble firms located outside the coastal counties. “Graduates now have opportunities that are not tied to the Boeings and Lockheed Martins of the world,” he notes. “The work is more exciting here, and it is faster paced. This is where the fun is and where more interesting things are being done. When you apply that to small, aggressive and agile companies like Exquadrum, young engineers find that they can accomplish quite a bit and make a difference.” 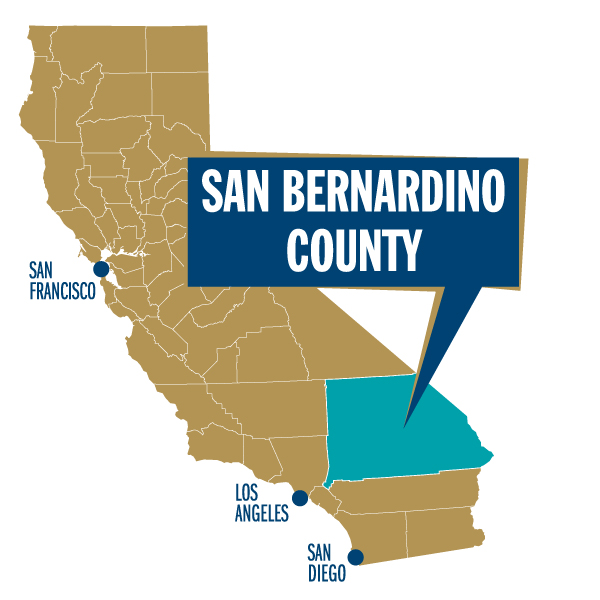 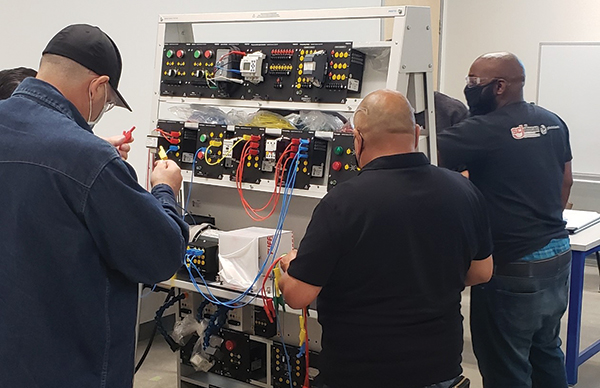 Among the projects completed by Exquadrum was a $15.1 million contract with DARPA for rocket testing. Last year, the company completed a second and final test of a new rocket being developed for an advanced hypersonic weapons system. In 2015, Exquadrum took part in a $7.2 million contract awarded to General Dynamics for development of the fireball HAMMER missile, used to take out chemical and biological weapons hidden in underground bunkers. HAMMER stands for Heated and Mobile Munitions Employing Rockets.

Heading to the Moon & Beyond

“We are a unique business,” says Mahaffy. “We test rockets. We purchased this facility so that we could be only 10 minutes from our rocket testing site. That is key to a smooth operation of the company. We do rocket testing multiple times a week. That makes a major difference.”

Schmidt notes that, “from a site perspective, there is a growing cluster of aerospace and defense contractors that are recognizing the benefits of the Southern California Logistics Airport. Flight testing is done here. Painting of large aircraft is done here. You can do cost-effective engineering and testing here. Other companies are starting to see the value of consolidating in this cost-effective region.”

What’s next for Exquadrum? “In 2022, we will help develop and test a new rocket engine that is slated to land on the moon in 2023,” says Schmidt. “It is part of a NASA program for a lunar landing system for a rover that will be searching for water. NASA will send this rover that will land on the surface of the moon and take samples from the moon’s surface. It will then take off and land on a different surface of the moon. That’s never been done before.”

The High Desert Training Center is growing too. “We were recently awarded a grant from All Within My Hands, the foundation of Metallica, the famous rock band,” says Castanos. “That will fund a program around logistics and distribution. We are also developing a program for a commercial driver’s license. We have expanded our aviation training programs, and we are growing at multiple locations.”

Victor Valley College operates training centers in Apple Valley, Hesperia and Victorville — three of the 24 municipalities in a county that covers 20,105 square miles and stretches all the way to the Arizona border. “By being in multiple locations, there are businesses all around us that we can tap into,” says Castanos. “In 2022, we will kick off our safety and forklift training programs and expand our industrial readiness and maintenance programs. We are also offering training inside the Federal Correction Complex in Victorville. We provide training in construction, solar installation, waste management and recycling to prison inmates.”

Castanos says that “overall, it is all about trying to respond to the needs of local businesses. We are very grateful for all of our business partnerships and for the county government for supporting our efforts.”

Even the Terminator himself might come back for that.