Believing Who You Are

When it comes to rural economic development, Georgia’s the word. 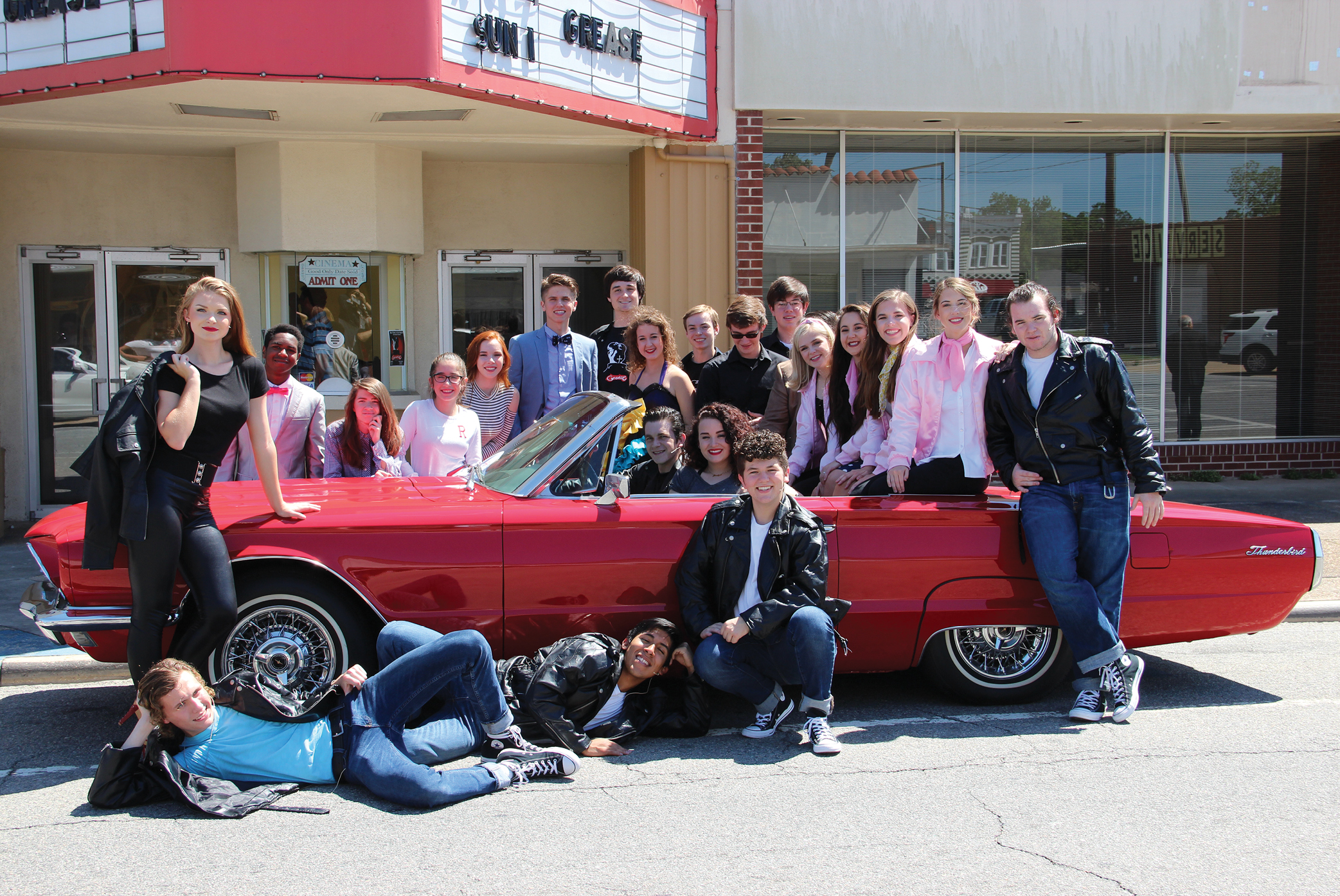 The cast of “Grease” at Alma, Georgia’s Beacon Theatre
Courtesy of Bacon County Development Authority
by Gary Daughters
I

t takes but a cursory glance at our list of top-performing non-metros, and a one-word theme emerges: Georgia.

Rural Georgia clearly benefits from the state’s overall business climate, ranked tops by Site Selection eight years running, a streak that only ended with a second-place finish in 2021. Even so, Georgia’s rural economies have received special attention from Gov. Brian Kemp, in office since 2019. Gov. Kemp, who likes to note that he visited all 159 Georgia counties when he served as Secretary of State, launched a “Rural Strike Force” early in his tenure. Deputy Commissioner for Rural Georgia Brian Marlowe leads the operation and reports directly to Kemp. The quick-reaction team functions strictly at a tactical level.

“It gives us somebody on the ground,” Gov. Kemp tells Site Selection. “We have somebody out there grinding away to help train the locals on workforce development, on how to get a project, how to convince people to come to their county, develop sites and infrastructure. What are the resources you need? How do we help?”

Kemp, however, is frank when asked whether support from the Gold Dome in Atlanta should favor those rural areas that demonstrate the most promise and potential.

“What we’ve found,” he says, “is you that you’ve got to have willing partners at the local level. You just can’t have a community saying, ‘Hey, come bring a project to my area.’ We want to make sure that those local communities are stepping up and putting skin in the game.”

Alma, seat of Bacon County, is one such community, having accrued five qualifying projects and tied for most with York, Nebraska. When Alma was courting Italy’s La Regina di San Marzano for a $20 million, 250-job tomato sauce plant, Kemp felt secure in tapping a discretionary fund to help put the deal over the top.

“... you’ve got to have willing partners at the local level. You just can’t have a community saying, ‘Hey, come bring a project to my area.’”

“We place a premium on projects that create jobs and make a difference in the rural communities, and that’s a premium project,” relates Pat Wilson, commissioner of the Georgia Department of Economic Development (GDEcD). “Not only is La Regina hiring people in Bacon County, they’re converting a [226,000- sq.-ft.] building that’s been vacant for a number of years, and they’ll be sourcing vegetables from farms all around. It’s going to have a ripple effect not only in the community there but in farms across the region.”

Shortly after Alma landed La Regina, the community won a commitment from Inflex, a subsidiary of plastics manufacturer Amcor, for an $8 million advanced manufacturing facility that’s to deliver another 100 jobs.

“Winning those two big projects back-to-back,” says Kevin Ellis, executive director of the Bacon County Development Authority, “we kind of sat back and said, ‘Well, we must be doing something right.’ ”

One thing that worked with La Regina, whose investment is the biggest in memory in Alma (population: 3,400), was the kind of personal touch that’s the hallmark of smaller communities across the country. During the height of the pandemic, La Regina president Felice Romano led a four-day scouting tour that included target shooting with local law enforcement authorities, exchanging culinary secrets with kitchen staff over lengthy dinners at a favored local restaurant, and a stay at Alma’s Blueberry Mansion Golf Course and Resort, run by Yousaf “Joe” Khan and his wife, Shiya “Spring” Zhao.

“By the time they left, they were friends,” says Ellis, “not just someone we wanted to do business with.”

As the saying goes, it can help to be a big fish in a small pond.

“Some industrial clients,” Ellis observes, “may not be aware of how the numbers game can be of benefit to them in a rural area. An industrial client in a small community such as ours receives the community’s full, undivided attention.”

They enjoy access, says Ellis, to those responsible for making decisions that will affect their businesses on a day-to-day basis.

“In a rural community,” Ellis says, “if a company has a need for something or an issue to resolve, there is much less of, ‘Let’s schedule an appointment to discuss your issue,’ and more of, ‘Come by the office this afternoon and let’s find a solution.’”

Of course, it takes more than mere schmoozing. The Port of Savannah, a key economic driver for Georgia, played a prominent role in La Regina’s location decision. While the company plans to tap South Georgia farms for local carrots, basil, garlic and onions to enliven its sauces, La Regina’s tomatoes — traditionally grown at the base of Italy’s Mt. Vesuvius — will arrive in Alma via the port in up to 35 shipping containers per week. From there, it’s an easy hop to Alma via CSX.

“Proximity to the third largest port in the U.S.,” said Romano in a statement, “gives us full access to both the East Coast and the possibility to get the incoming shipments of our canned tomatoes from Italy.”

It’s perhaps no coincidence that Baxley, Georgia, Alma’s neighbor some 20 miles to the north, mustered two qualifying investments of its own, placing the small town of just under 5,000 residents among the 50 top non-metros. Appling County, of which Baxley is the seat, is part of a four-county alliance that includes Bacon, Jeff Davis and Pierce counties. Ellis believes the team approach is fundamental to the rural region’s success. The four counties pool resources and split tax returns.

“We’ve marketed ourselves as a regional group,” he says. “We’re all small communities that border each other. What it means is that we increase our workforce from 5,000 to 60,000 within a 30-minute drive.”

“An industrial client in a small community such as ours receives the community’s full, undivided attention.”

Similarly, Lavonia and Hartwell, two other top performing Georgia communities, reside within a three-county alliance along the state’s Interstate 85 corridor bordering South Carolina and its Greenville-Spartanburg automotive cluster. Marketing within the Joint Development Authority of Stephens, Franklin and Hart Counties has thus shifted from individual counties with an approximate population of 25,000 residents each to a regional focus that includes close to 100,000 residents.

“We encourage it,” the state’s Pat Wilson says of regional partnerships. “It all makes so much sense. We have seen for a number of years how communities that have been rivals on the football field on Friday nights for a long, long time have come to realize the benefit of working together. We love it when we can have regional cooperation and one point of contact for multiple communities. When a company comes in, it knows that those jobs don’t stop at the county line. Those jobs are going to come from all across the region. That is a selling point in itself.”

It has been said that driving through rural Georgia, one is likely to see a bulldog, symbol of the state’s beloved 2021 college national championship football team from the University of Georgia, on every other mailbox. Of this, Gov. Kemp is acutely aware, as some things are more important than others.

“I would just say that under my leadership the Bulldogs won the championship, and the Braves won the World Series. Nobody believes that,” he’ll allow you, “but I’m gonna say it anyway.”