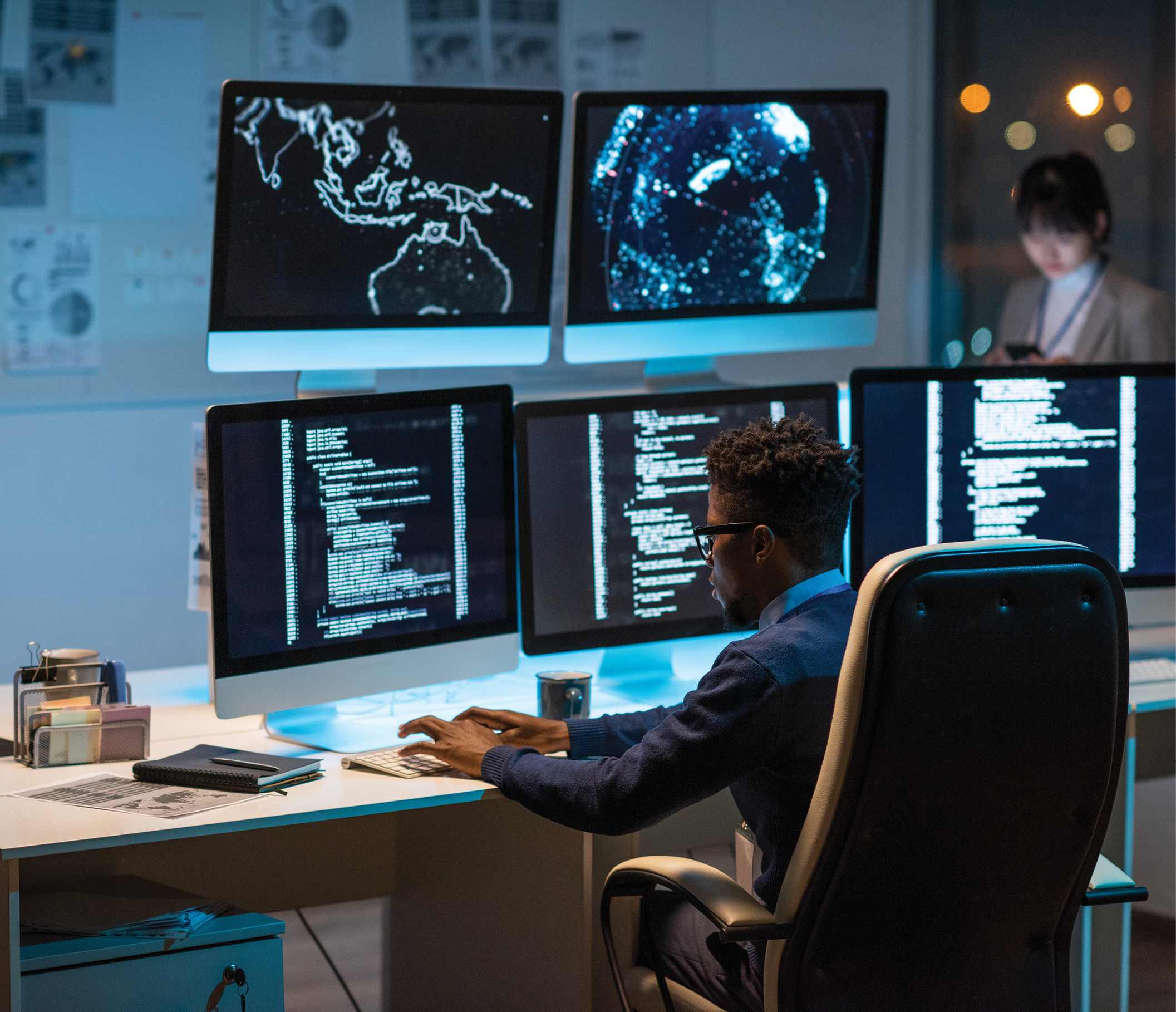 he pronounced shortage of cybersecurity workers has been exhaustively chronicled, as has the low participation rate of Black people and other minorities among technology industry professionals. According to the 2021 Cybersecurity Workforce Study issued in October by the non-profit International Information System Security Certification Consortium — (ISC)2 — unfilled cybersecurity openings in the United States totaled 2.72 million in the year’s fourth quarter. A report issued in April by Zippia found that Black workers, who account for 13% of the U.S. workforce, hold but 8% of cybersecurity jobs, a share that’s actually declining.

Against that backdrop, IBM recently announced STEM training partnerships with six Historically Black Colleges & Universities (HBCUs) as part of the company’s push to open opportunities in technology to underrepresented communities. The initiative, unveiled May 10, also includes efforts to involve military veterans and members of the neurodivergent community. It’s part of a larger commitment by IBM to offer industry training to 30 million people worldwide by 2030.

“Talent is everywhere; training opportunities are not,” said Chairman and CEO Arvind Krishna in a news release. “We must take big and bold steps to expand access to digital skills and employment opportunities so that more people — regardless of their background — can take advantage of the digital economy.” 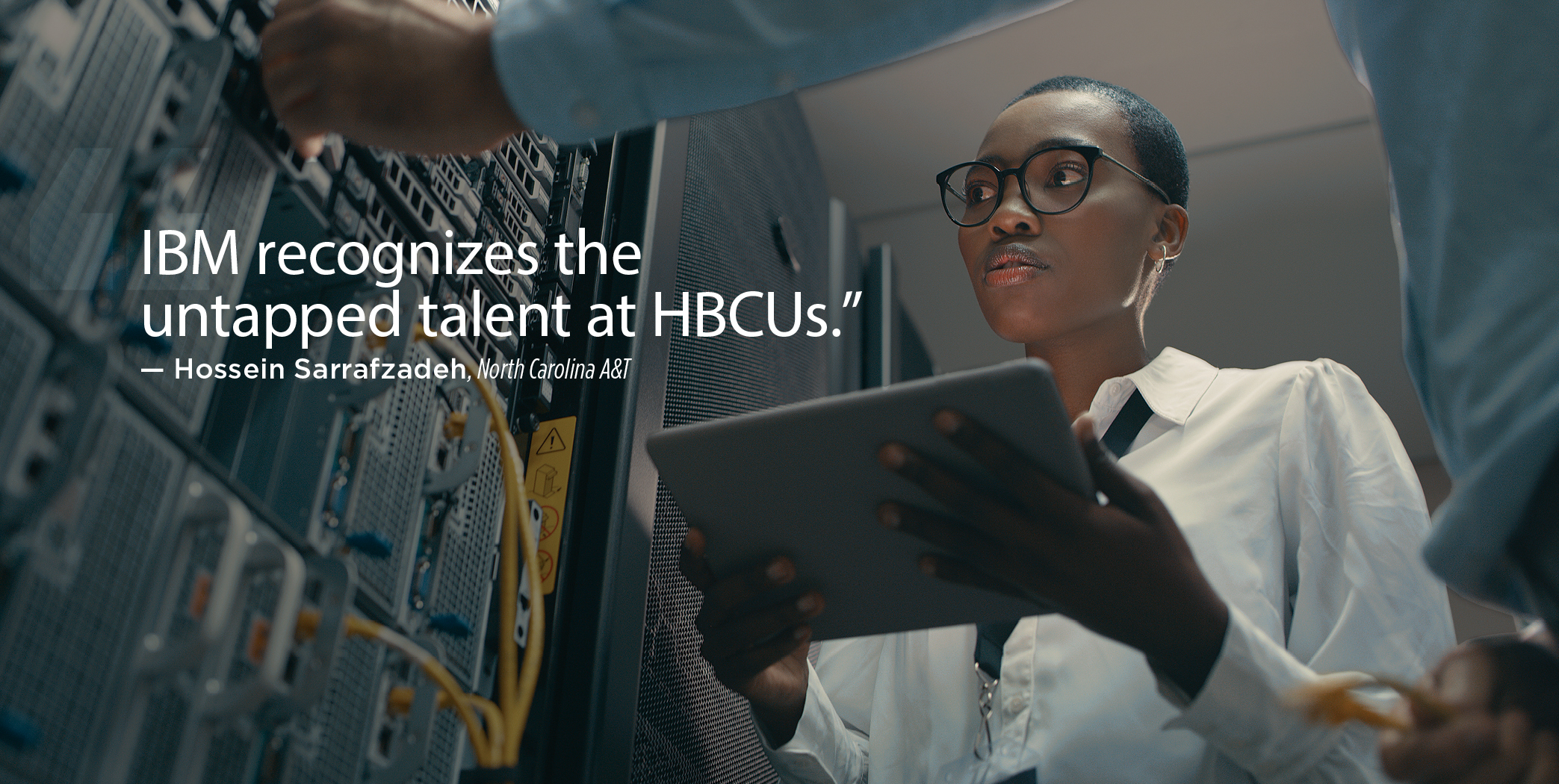 IBM is to launch Cybersecurity Leadership Centers at North Carolina A&T University, Southern University System, Clark Atlanta University, Xavier University of Louisiana, Morgan State University and South Carolina State University, the first six of 20 HBCUs the company plans to partner with. The program, the company says, will offer “an immersive learning experience” to expand the schools’ capacities to develop top talent. IBM personnel are to assist faculty in developing curricula, and students will have access to a Security Command Center, through which to experience simulated cyberattacks to prepare them with response techniques.

“IBM recognizes the untapped talent at HBCUs,” said Hossein Sarrafzadeh, director of North Carolina A&T’s Center of Excellence in Cybersecurity Research, Education and Outreach (CREO). “With this investment they are building a cybersecurity education infrastructure that will propel underrepresented communities to the forefront of security leadership.”

North Carolina A&T’s computer science program is ranked No. 1 among HBCUs by RippleMatch, a talent recruitment service. Located in Greensboro and established in 1891, it is the largest HBCU in the country and produces more Black engineers than any other. In March, the university received $35 million in capital and operational funding from the state’s Engineering North Carolina’s Future program, created by the state legislature to bolster North Carolina’s technology workforce.

The new partnership with IBM deepens the school’s connections to the company. In 2020, A&T was selected among 13 HBCUs as an initial participant in the IBM-HBCU Quantum Center, a talent development program covering multiple STEM disciplines. Its mission, says IBM, is to “create a more diverse quantum-ready workforce for students studying everything from physics and chemistry to computer science and business.”

The university also is among HBCUs participating in IBM’s Skills Academy Academic Initiative. Announced in 2020, the $100 million program promotes education in emerging fields that include both quantum computing and cyber, as well as artificial intelligence, blockchain and design intelligence.

“The response to combating systemic racism in the U.S. must be timely, strategic and more than a statement of support,” the company said. “The response needs to be tangible action. IBM’s investment in HBCUs is part of the company’s efforts around social justice and racial equality by creating equitable, innovative experiences for HBCU students to acquire the necessary skills to unlock economic opportunity and prosperity.”

Entering the cybersecurity workforce is one thing. But for minorities, advancing is another. A report commissioned by (ISC)2, the International Consortium of Minority Cybersecurity Professionals and the Center for Cyber Safety and Education found that minorities in cybersecurity are underrepresented across senior roles within their organizations.

“Employment among cybersecurity professionals who identify as a racial or ethnic minority,” the report reads, “tends to be concentrated in non-management positions, with fewer occupying leadership roles, despite being highly educated.”

Beyond lower salaries and fewer roles in management, the report found that minorities in cybersecurity are disproportionately affected by other, less tangible barriers to entry and advancement, with 32% of minority respondents to a survey reporting to have experienced some form of workplace discrimination. Mentorship and executive leadership programs, the report recommends, could pave the way to greater advancement.

“Diversity at the leadership level has been shown to positively impact both organizational culture and bottom line,” says the report. “Employers should be encouraging the growth and development of a skilled cybersecurity organization by looking at its own ranks.”