Dollars Are Greener In Colombia

Colombia’s nearshoring strategy is one of many routes to helping companies and communities reach their sustainability goals. 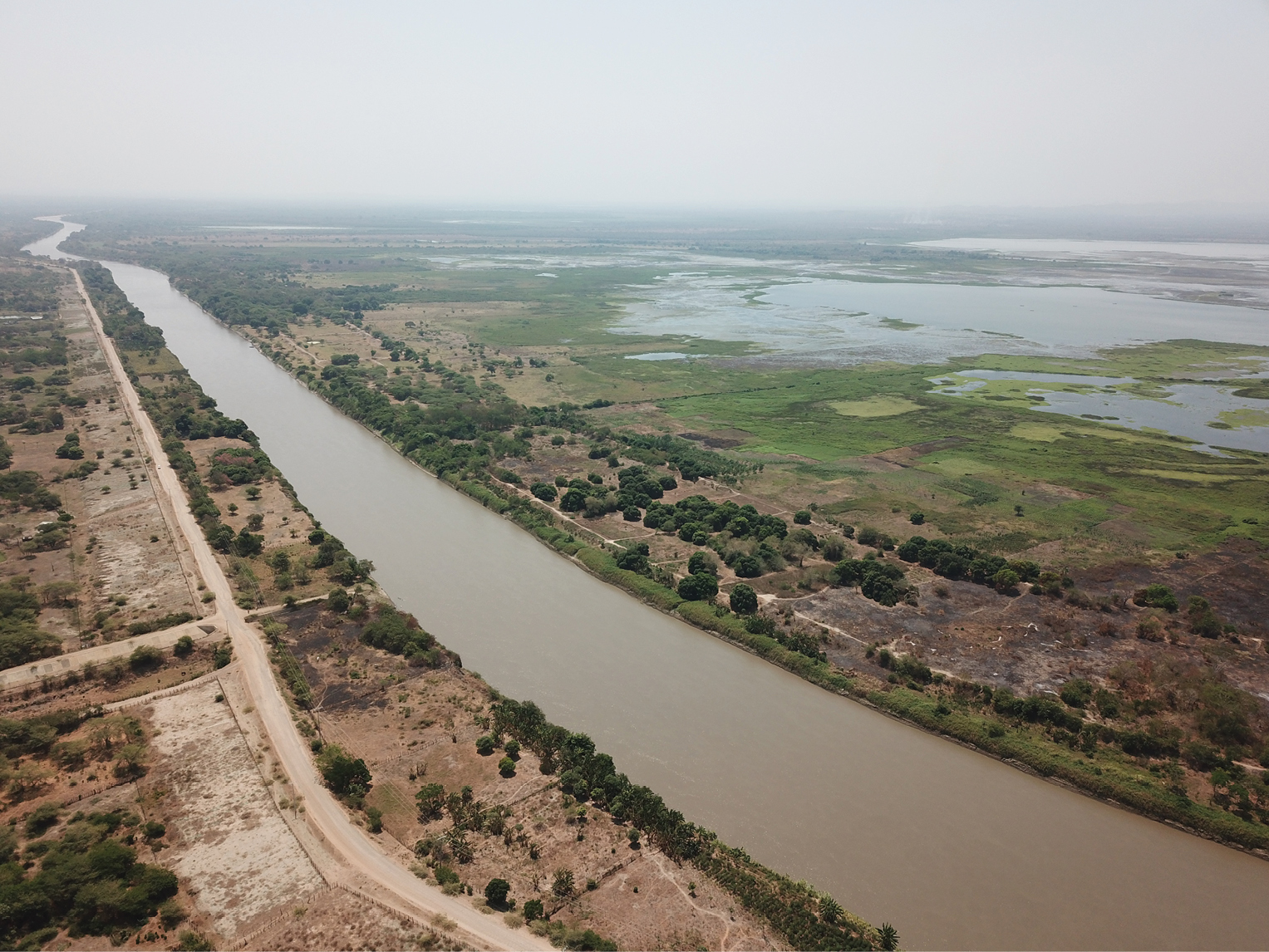 Projects are afoot to improve quality of life and boost Colombian competitiveness along the Canal del Dique, first constructed in the 1600s.
Photo courtesy of Government of Colombia Adaptation Fund
by ADAM BRUNS
T

wo hundred years of U.S.-Colombia bilateral relations and the 10th anniversary of a free trade agreement between the two nations show a relationship that’s evergreen. Colombia’s mission to connect sustainable development with foreign direct investment aims to make the country and multinational investors greener than ever.

Renewable energy opportunities are growing as fast as Colombia’s exotic fruits, in a country where clean hydropower already accounts for nearly 70% of power generation needs. In addition to a third auction for renewable power project opportunities last fall, the Colombian government has also published a hydrogen roadmap.

“There is a saying: A dollar invested in Colombia is a greener dollar,” says Flavia Santoro, president of ProColombia.

Colombia aims to achieve carbon neutrality by 2050. Clean energy and e-mobility are part of the plan. So are investment opportunities in such arenas as the energy transition, the circular economy, sustainable tourism and the bio-economy.

“Through our nearshoring strategy, we aim at attracting those industries and value chains that would cut emissions by using Colombia as a strategic location for serving regional markets in the Americas,” Santoro says.

One example is the port of Puerto Brisa, where a reconfigured port enabled the handling of some 26,000 tons of wind power cargo between August 2021 and June 2022, helping to create more than 250 jobs. In addition to Free Trade Zone and Mega-investment regimes, Colombia’s incentives include the Energy Transition Law, which extends tax benefits for renewable energies.

Sustainability today is about a lot more than power generation. It’s about regenerating ecosystems, and generating opportunities for people to live a good life. Even the country’s logistics gateways are positioned with sustainability in mind.

No project better illustrates these connections than the $800 million Canal del Dique 5G project, which was put out to tender in March 2022. The 72-mile canal runs through 19 communities from its start on the Magdalena River in Calamar to the Bay of Cartagena. Restoring degraded ecosystems is the primary goal, with additional stages addressing water provision and sedimentation in the Bay. Some 85% of Colombia’s river cargo traverses the canal. Dredging will keep shipping channels open at the Port of Cartagena and more than a dozen other ports.

The largest project of its kind in Latin America, it embodies the Colombian government’s ambitious ESG goals, primary among them the quality of life for 1.5 million inhabitants along the Canal’s path. The overall projects are expected to generate more than 61,700 jobs. “Even the Bay of Cartagena will regain its blue color, attracting much more tourism to the area,” said Manuel Felipe Gutiérrez, president of Colombia’s National Infrastructure Agency (ANI), during an April boat tour of the Canal with Colombian business leaders and some 30 international investors and potential bidders.

The energy transition is one thing. Transitioning Colombia’s 50 million people to a new level of prosperity is another, deeper level of sustainability. ProColombia’s Flavia Santoro makes a simple yet profound statement about the Canal del Duque project that could easily apply to Colombia’s entire “Commitment to Colombia” economic action plan:

This Investment Profile was produced under the auspices of ProColombia, which promotes tourism, foreign investment in Colombia, mon-mining energy exports and the image of the country. For more, visit investincolombia.com.co.