How Regions Can Leverage Space Technologies on The Ground 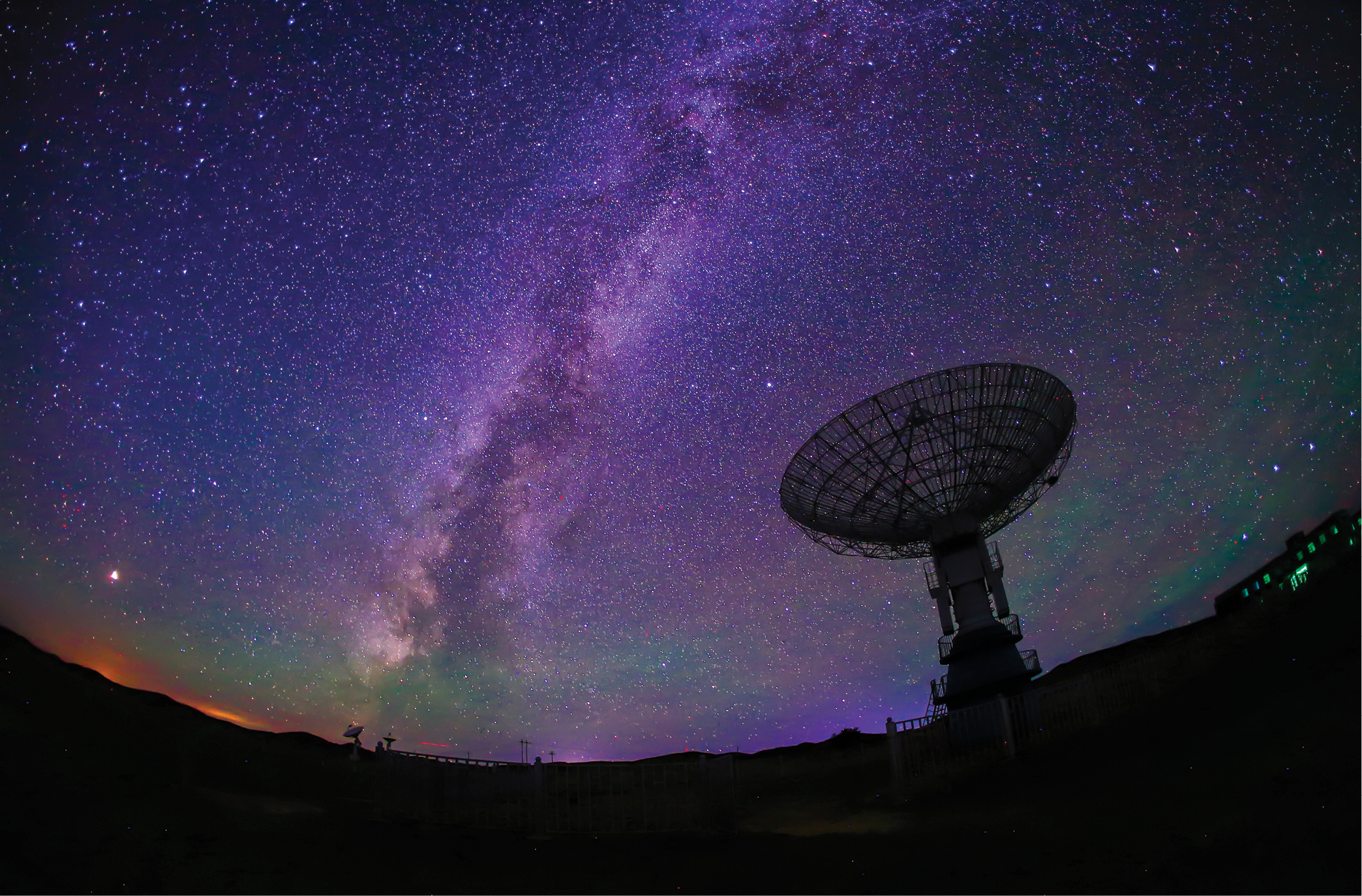 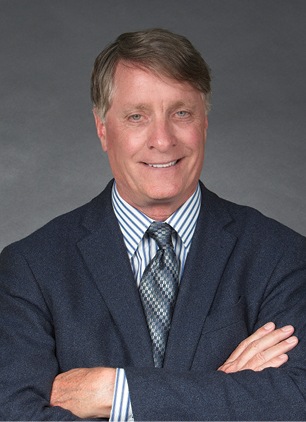 nly a few areas in the U.S. have the right infrastructure and coastal location to support government and commercial space ports—places like the coasts of Virginia, Florida, Texas, California, Alaska, or remote areas of Arizona and New Mexico. But lack of a spaceport does not mean a region cannot grow and attract space tech companies. New space technologies and space companies are advancing manufacturing, bridging the digital divide, monitoring climate change, and furthering sustainable growth, on the ground and around the globe.

The state of Ohio, for example, just hosted its third annual Ohio Space Forum, hosted by the NASA Glenn Research Center in Cleveland. Pittsburgh hosted a major space conference with The Wall Street Journal on the Future of Everything. Similar space business meetings take place across the country from Maryland to Utah to California. And the market for space technology is enormous. Morgan Stanley estimates that the global space industry could generate revenue of more than $1 trillion or more in 2040, up from $350 billion currently.

Years ago, space was restricted to governments, but now space is open for business across the country. Regions with existing telecommunications, manufacturing and biotechnology clusters are among the places that can benefit from new investments in space from government and the private sector. Some satellites that used to be as large as a school bus are now the size of shoe boxes, delivering data to collection stations across the country using cheaper technology pathways and providing communications to remote regions, predicting droughts, and monitoring forest fires. 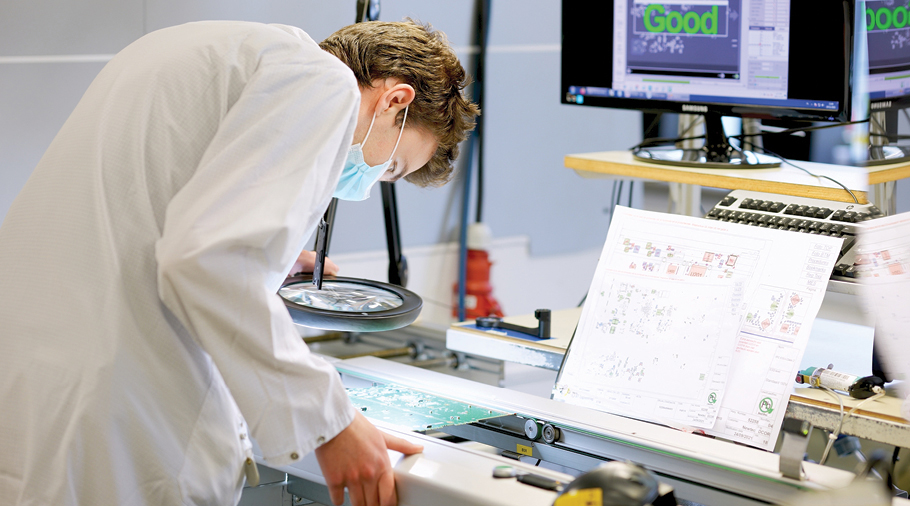 Through current research on the International Space Station (ISS), important steps have been taken to explore the world of manufacturing in microgravity environments. Bio manufacturing in space links bio clusters, advanced manufacturing, and space together. The market for biomanufacturing in low earth orbit alone is expected to be nearly $3 billion by the mid-2030s. Similar micro-gravity markets exist in other engineering and technology areas.

At a 2021 University of Pittsburgh scientific conference on bio-manufacturing in space, representatives from Pfizer, Genentech, Fujifilm, IBM, Johnson & Johnson, Novartis, Axiom Space, UCSD, and MIT called for the formation of a “public-private consortium to further prioritize opportunities, de-risk space-based research and development (R&D) and guide the translation of results into commercial applications on Earth.”

Similarly, the National Space Council’s 2020 policy paper “A New Era for Deep Space Exploration and Development” states: “Additional efforts should broaden the scope of traditional aerospace industries to include new applications for space technologies and expand space capabilities by infusing technologies from non-traditional but promising fields such as robotics, artificial intelligence, quantum applications and additive manufacturing, which have much to offer the space community.” A new NASA sponsored manufacturing institute would advance these goals.

Since 2014, Congress has authorized 16 Manufacturing USA Institutes to secure U.S. global leadership in advanced manufacturing by connecting people, ideas, and technology. Since their founding, the Institutes have received support from Congress and have worked with over 2,000 member organizations, collaborated on over 500 major R&D collaboration projects, engaged over 70,000 people with workforce knowledge and skills in advanced manufacturing, and invested over $400 million in activities from state, industry, and federal funds. These institutes support research and applications across manufacturing domains including biopharmaceuticals, robotic research, solar energy, and other technologies, sponsored by the Departments of Defense, Energy and Commerce, but not NASA.

NASA is working with other U.S. government agencies, industry, and academia to define national priorities and high-value opportunities for advanced materials and manufacturing that will ensure continued U.S. preeminence in emerging in-space production technologies while supporting development of a robust, low earth orbit economy. But other federal agencies — DARPA, the NSF and the NIH among them — are interested in manufacturing and research in low-gravity environments, and a new Manufacturing Institute in SPACE would help coordinate these cross-agency efforts.

A Manufacturing USA Institute in SPACE could support other federal initiatives such as building a network of the $1 billion EDA Build Back Better Regional Challenge in advanced manufacturing, aerospace & defense, and biotechnology & biomanufacturing finalists across the country. This September 30 Build Back Better finalists will receive between $25 million and $100 million in federal grants to build research infrastructure, including research parks, accelerators and other infrastructure that can be networked through a new SPACE Manufacturing Institute.

In 2020, Houston-based Axiom Space received a NASA contract worth up to $140 million to deliver at least one habitable private module to the ISS. Axiom plans to launch its first element to the orbiting lab in late 2024, then send up several more over the next few years. Eventually, the connected Axiom modules will detach from the ISS, creating a new space research platform. As NASA moves to leasing capacity on next-generation commercial space stations later this decade, it will ultimately save the agency (and taxpayers) up to $1.8 billion per year, according to a 2022 report.

In March 2021, the ISS joined the Association of University Research Parks (AURP), becoming the world’s first research park in the sky. In October 2021, AURP hosted Space Day as part of its international conference in Salt Lake City, discussing prospects for manufacturing in space. In October 2021, Nanoracks, a private space research firm, designated its collection of hardware on the ISS as the George Washington Carver Science Park.

Last December, NASA announced it had awarded three funded Space Act agreements valued at a total of $415.6 million to Blue Origin, Nanoracks, and Northrop Grumman Systems Corporation to help spur more work in building next-generation private-sector space research platforms. Other companies, such as Space Tango and Sierra Space, an offshoot from Sierra Nevada and Space Tango, are working on their own low earth orbit space research efforts to open more scientific opportunities. Meanwhile, China is building its Tiangong space station, which is the first phase of an expected long-term investment in building space stations in low earth orbit. Russia and India are not far behind in building their own space stations.

A SPACE Manufacturing Institute would have a major economic impact not just in space, but on the ground and across the country, linking traditional and emerging space-technology centers, engineering research regions, and biotechnology centers, among others. Space states such as Florida, Alabama, Texas, New Mexico, Arizona, California, and Maryland will help link with traditional manufacturing in midwestern states, and in places not normally expected. For example, Space Tango is headquartered in Louisville, Kentucky, and Sierra Space has major research operations in Madison, Wisconsin.

Existing NASA programs benefit all 50 states, as it noted in a 2020 economic impact study. And NASA’s University Space Grant Consortium, housed in every state in the Union, would also be a strong element to link into the SPACE Manufacturing Institute. Nanoracks has recruited Ohio State University in its research efforts, and Blue Origin has tapped Arizona State University to lead a consortium of other research universities to assist that firm in space manufacturing research.

As regions harness the many opportunities in space technology across federal, academic, and private sectors, and with the possibility of a NASA Reauthorization this year, Congress should look to launch a SPACE USA Manufacturing Institute. New space technologies can advance economic growth across the country, improve U.S. competitiveness and radically improve life on Earth.