How Wisconsin Is Tackling the Labor Shortage 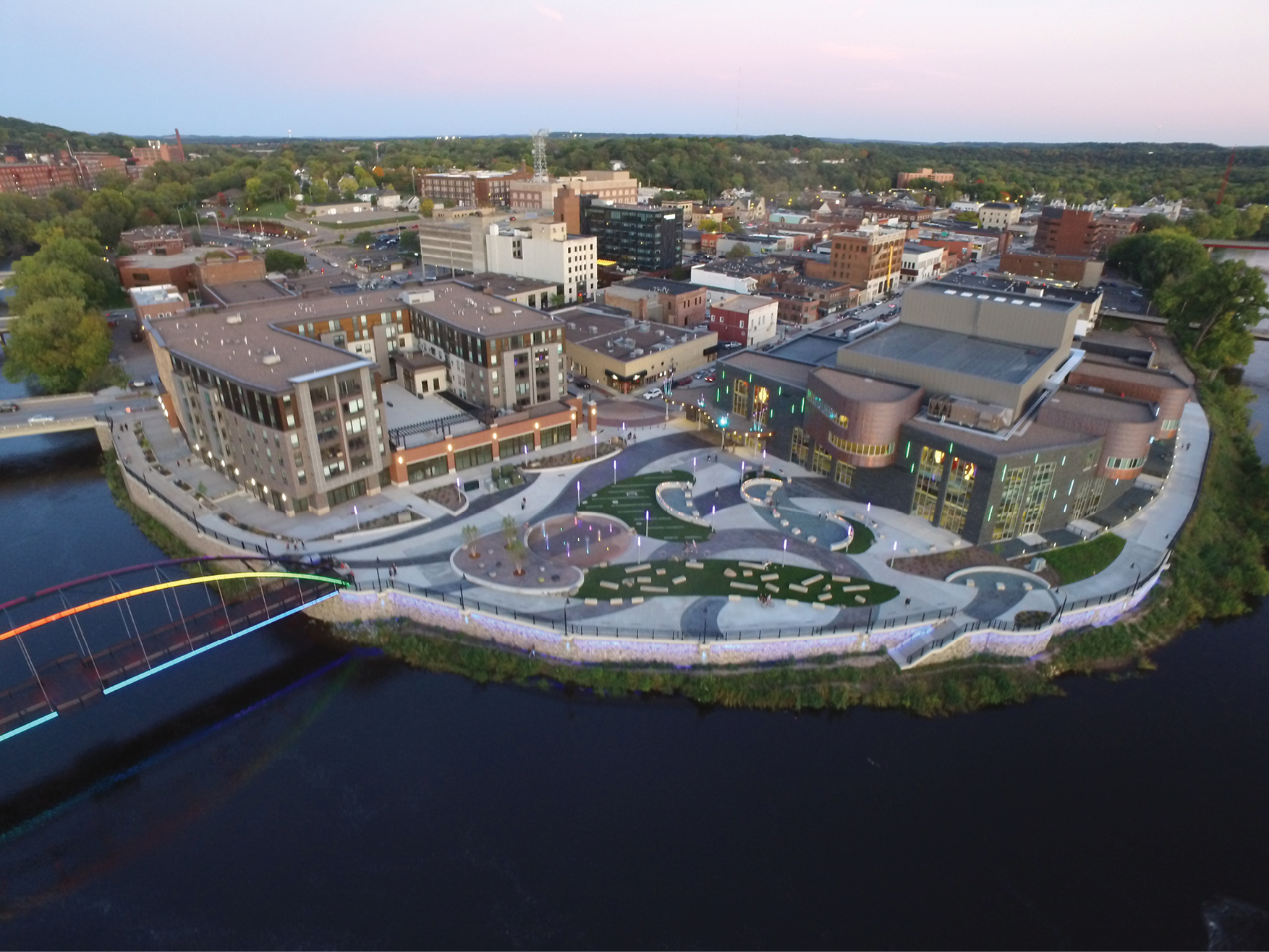 Eau Claire Marry Perry of WEDA
by RON STARNER
I 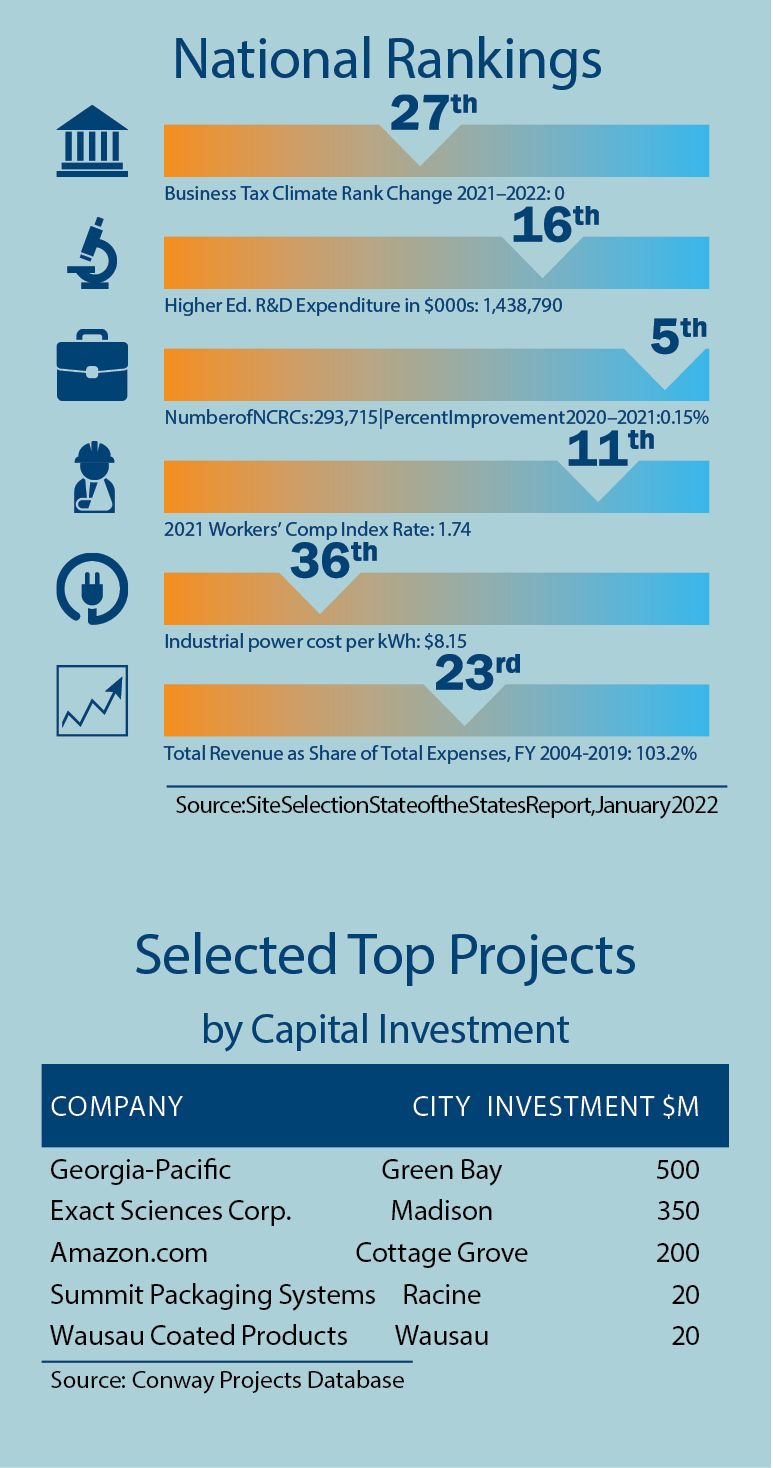 t’s no secret that states in the northern U.S. face a big hurdle when it comes to filling all the openings in skilled jobs, especially those in advanced manufacturing and high technology.

The last time Site Selection checked, only a handful of cities in the Midwest were bucking the tide of population out-migration and talent loss to the Sunbelt. One of those is state capital Madison. Innovative leadership there, as well as a burgeoning entrepreneurial spirit in smaller towns like Eau Claire and LaCrosse in western Wisconsin, are fueling a comeback.

Help wanted? Here’s how they’re tackling it in the Badger State.

Mary Perry, president and CEO of the Wisconsin Economic Development Association, does not mince words when discussing the crisis. “We don’t have enough people to fill all the open jobs,” she says. “That’s why we focused a lot on workforce issues during the last legislative session.”

The state’s free jobs website had 144,000 job openings in early June; and the state currently ranks No. 11 in having the most open jobs per unemployed person in the nation.

Two important pieces of legislation came out of session this year to address that: one dealing with worker housing; and a second that funds talent attraction.

The Workforce Housing Tax Credit bill would have created a $42 million Wisconsin Workforce Housing Tax Credit for multi-family units. The credit targets housing for the so-called “missing middle” — families earning between 60% and 100% of the area median income. Qualifying housing developments must set aside 25% of rentals for those who meet these income requirements, and these units must be rent-restricted for 15 years. The bill passed in the Assembly but failed in the Senate. Perry says it’s incumbent that lawmakers try again.

Perry says both measures are needed. “Part of providing a workforce is making sure the workers have an affordable place to live,” Perry says. “Up until now, tax increment financing has really been the only economic development tool that local governments have. Infrastructure is important too, especially when it comes to broadband. People are working from home in our rural communities now, and they need connectivity.”

Attracting talent to Wisconsin is critical, she notes. “We did not experience a lot of movement of people into our state during the pandemic,” says Perry. “Wisconsin has always had a hard time attracting new workers. Talent attraction under the previous administrations focused a lot on veterans and graduates of Wisconsin colleges. The current administration zeroed out that program, and we were left without a statewide effort to attract talent. WEDA worked on a bill to direct WEDC to spend $3 million on talent attraction efforts. It does not specify how to spend that money, just that they do.”

Perry says that so far, WEDC has not spent these funds.

Small Towns Are Getting It Right

Three years ago, when Site Selection studied the demographic trends occurring in the Midwest, we noted that Madison, Columbus and Des Moines were outliers. All three were increasing in population while adding huge chunks of knowledge workers. It helps that each is a state capital with access to large pools of freshly minted college grads.

Perry says a town doesn’t have to be big to lure talent. She cites two smaller communities in western Wisconsin. “Look at LaCrosse and Eau Claire,” she says. “They’re being looked at as models for other communities. There’s a lot of attention on place-making there.”

Charlie Walker, president and CEO of the Chippewa Economic Development Corp., says that Chippewa and Eau Claire counties are experiencing a renaissance of sorts.

“About 22% of our GDP is manufacturing,” he says. “We did not have an aggressive shutdown policy during the pandemic. Work continued here because most of what we do was deemed to be essential manufacturing.”

The area has also seen a flurry of capital investment. HPE purchased Cray supercomputers for $1.3 billion in 2019 and put in a $30 million expansion in January 2021. They just completed those improvements.

“Logistics is continually expanding here due to the supply chain issues,” says Walker. “An online retailer for shoes expanded as more people shopped from home. They are finishing a three-phase, 900,000-square-foot facility. A parts supplier for EVs is doing a 300,000-square-foot project; and Nestle did a $50 million expansion. We’ve been extremely busy due to companies taking advantage of reshoring.”

The area is experiencing a rebound as folks cross the Chippewa River to take advantage of local amenities and restaurants. “The governor and WEDC marketed the Bounce Back program,” says Walker. “This was a great stimulus not to close. We provided resources to help small businesses much earlier than most communities did. We had practiced disaster recovery for years. We’ve had floods and tornadoes. We were ready to respond.”

This second recovery is being driven by entrepreneurs and manufacturers, Walker says. “There has been a rise in entrepreneurship. Manufacturers have extended shifts. It’s still a tight labor market. Manufacturers are at about 94% to 96% full hire. We’ve seen a housing boom. We’re at 60% to 70% high-speed broadband served. We are seeing more people choose to relocate here and work remotely. We’ve been riding the wave pretty well.”

From Sawdust City to Software Alley

Aaron White, economic development manager for the City of Eau Claire, says the surge in development started occurring in 2019. Two mixed-use multi-family housing units are finishing construction downtown. A redevelopment area across the Chippewa River called the Cannery District is about to break ground on phase two of affordable tax-credit housing. A $3.2 million park is under design and construction.

On the industrial side, says White, Eau Claire is “getting a lot of small, local industrial expansions. A lot of good things are occurring.”

The data backs him up. Eau Claire was one of the two fastest-growing cities in Wisconsin in the last Census. A new music and food scene has attracted attention, especially among people in Chicago.

“We are seeing some spillover from the Twin Cities,” says White. “We are seeing a lot of remote workers move to Eau Claire. We are definitely capitalizing on that. We are extending infrastructure in our Gateway Industrial Park. We are targeting higher-end advanced manufacturing and other technology companies like software firms.”

Software company Jamf was founded in Eau Claire. “It was sold to a VC group in Texas,” says White. “Today, the headquarters is in the Twin Cities. They still have a major presence here. They make software that integrates Apple products. We would love to build off that industry. We have a good MIS and IT program at the UWEC campus. Full four-year degrees from UWEC and technical degrees from Chippewa Valley Technical College support our labor pool.”

Not bad for a place that was known as Sawdust City at the turn of the century. “This area was more known for timber and lumber then,” White says. “We’ve come a long way since.”