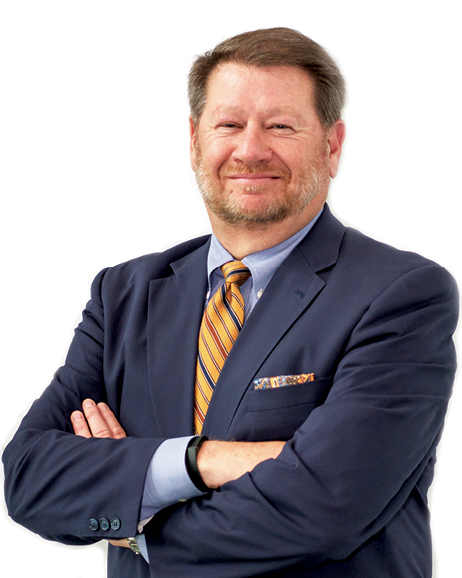 hen I started my career in economic development, I had no idea it would lead me to a position in association management. But I’m so glad that it did.

The Industrial Asset Management Council (IAMC) is celebrating its 20th anniversary this year — culminating in the official celebration to take place at our Fall Forum in Detroit October 22-26 — and I am proud to say that I have been affiliated with this great organization for 18 of those years.

Here’s the part I missed.

In June 2002, after the Industrial Development Research Council (IDRC) joined with NACORE International to form CoreNet Global, McKinley “Mac” Conway and 12 industry leaders got together and founded IAMC with the goal of forming an elite organization that both set high professional standards for its members and provided high-quality professional development.

IAMC convened its first Forum that October in Savannah, Georgia, with 156 total attendees including 31 corporates. For perspective, a gallon of gas cost about $1.60 back then. Facebook wouldn’t be founded for two more years.

From there, IAMC was off and running, holding Forums in Spring 2003 in Palm Harbor, Florida; Fall 2003 in Danvers, Massachusetts; Spring 2004 in Tucson, Arizona; and Fall 2004 in Memphis, Tennessee. Each Forum brought more attendance and more sponsors as the word spread about this new professional association.

As an association with a focus on industrial and manufacturing and an intentionally managed membership with a goal of balance among corporate end users, economic developers and service providers, IAMC proved a unique opportunity for those Corporates (then called “Actives”) who managed a portfolio of real estate that included industrial properties. It was an equally perfect fit for those economic development organizations that were seeking investment and jobs created by these corporate entities. IAMC also displayed its worth as a marketing outlet for site selection firms and other service provider members. 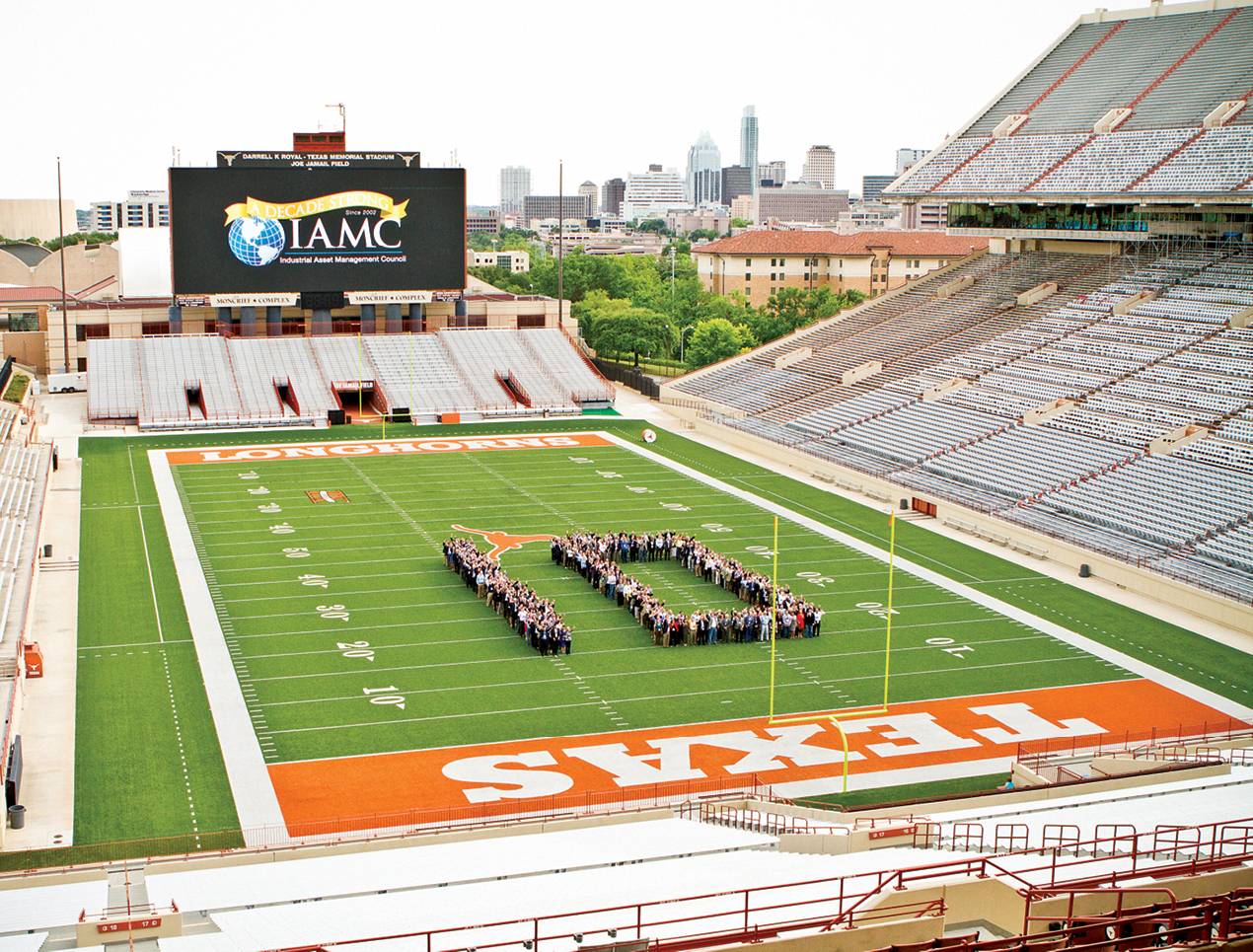 Seems like only yesterday when IAMC celebrated its 10th anniversary during its Spring Professional Forum in Austin, Texas.

IAMC has benefited from a strong base of sponsors since the beginning. Founding Sponsors of IAMC included the Mississippi Development Authority (the only founding sponsor that has stayed with IAMC for its almost 20-year history), the State of Oregon, the North Dakota Department of Commerce, the State of Oklahoma, McCallum Sweeney Consulting, Inc. and others.

By 2004, as the new President/CEO of the North Alabama Industrial Development Association (NAIDA), I had joined IAMC as an economic development associate member, and so began my 18-year tenure with IAMC: the first 10 years as a member, the last eight as executive director and then President/CEO.

While I was new to IAMC in 2004, I was not new to professional associations. In fact, over my 20 years in economic development prior to joining IAMC, I had been involved with IDRC. Just before Atlanta hosted the Centennial Olympic Games in 1996, IDRC held one of its showpiece forums in Georgia’s capital. As a young economic developer with Oglethorpe Power I was plugged into the events by my boss as a substitute, and this experience gave me great exposure to the concepts that lead to the creation of IAMC and my ultimate journey with the association. 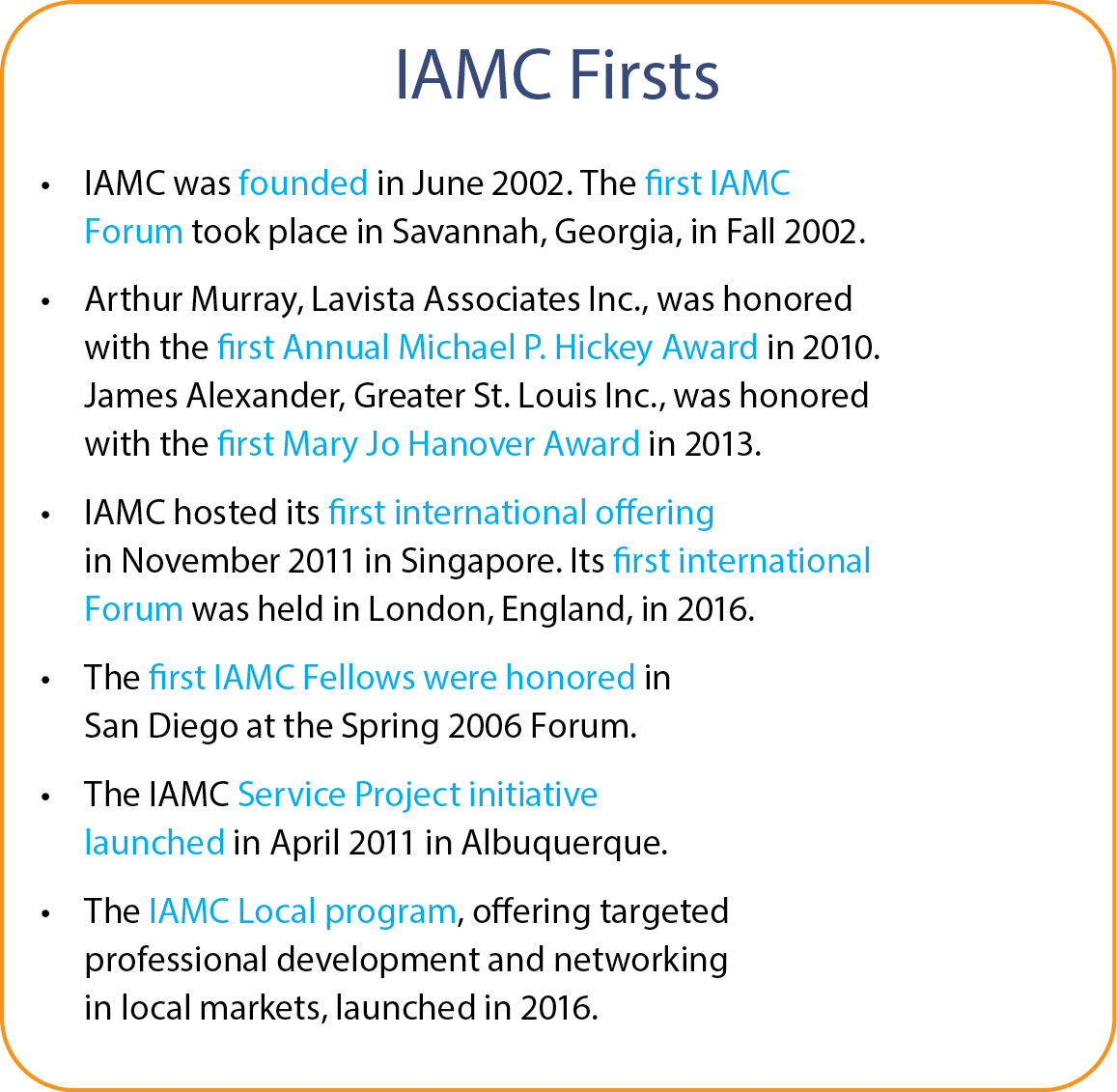 When I joined IAMC there were only two people in the organization from the State of Alabama. I was always envious of the states like Georgia, Texas, Oklahoma, and others that had significantly larger delegations attending the Forums and significantly larger budgets that they could put together and leverage for higher profiles among IAMC’s corporate members, national brokers and site selection consultants. Alabama Power and NAIDA had to work to network effectively and apply a little “guerilla marketing” to get the attention of those IAMC members we felt had the best chance of landing projects in Alabama.

I got involved from the get-go, attending Forums in Charleston, San Diego, Williamsburg, Asheville and Austin. The 10th Anniversary Forum was held in Omaha in Fall 2012 and remains one of the most popular Forums in IAMC history.

2014 was a big year of professional change for me. After 10 great years in Alabama, I began to look around at new opportunities and began a discussion with the interim executive director of IAMC, Mr. Randy Cardoza. Randy, a long-time friend and mentor, encouraged me to pursue the executive director position. The Selection Committee invited me for an interview immediately after the Spring 2014 Forum in Pinehurst. I was fortunate to be selected and made the move back home to Atlanta, Georgia, that same year.

I mentioned Mac Conway as one of IAMC’s founders. Mac Conway was a visionary in the world of economic development and site selection and founder of Site Selection Magazine. He and his firm — Conway Data — had practically created IDRC and, to this day, have always managed IAMC. I will always be thankful for the trust provided to me by the late Adam Jones-Kelly, grandson of Mac Conway and then-president of Conway Data, and his mother/Mac’s daughter, Ms. Laura Lyne, CEO and owner of Conway Data.

Over the years IAMC has grown and evolved while still maintaining a dedication to its original tenets of being a members-first association. We have streamlined from 19 standing committees in 2004 to eight today. And IAMC’s board has grown from a very hands-on association workhorse to a strategic entity focusing on issues impacting our collective professions and the goal of continually improving the value proposition of being an IAMC member — whether a Corporate, as a Service Provider or Economic Developer.

In 2019 the IAMC Board of Directors approved and began implementing a new strategic plan for the association. This plan has provided a laser focus on membership retention, membership recruitment and maximizing the value of membership. IAMC’s goal is to be the most valuable organization to our members and the No. 1 choice for their membership dollars (a comment we hear often in our performance surveys of members).

Speaking only of business matters — as nothing can compare to those who suffered illness and personal losses — a global pandemic had a particularly harsh impact on those of us in the meeting business. In 2020 IAMC canceled Forums for the first time: We rescheduled the Spring 2020 Forum in Biloxi, Mississippi, to Spring 2023 and the Fall 2020 Forum in Boise, Idaho, to Fall 2023. We also held our first virtual Forum in Fall 2020 thanks to the Georgia Allies and the rest of our Forum sponsors.

While we did take a financial loss in 2020, we were able to compensate with the long-term reserves that had been set aside by past leaders and boards of directors of IAMC. We were fortunate to have a rainy-day fund to get us through a storm. We kept our staff intact and were able to continue our events in a virtual capacity. 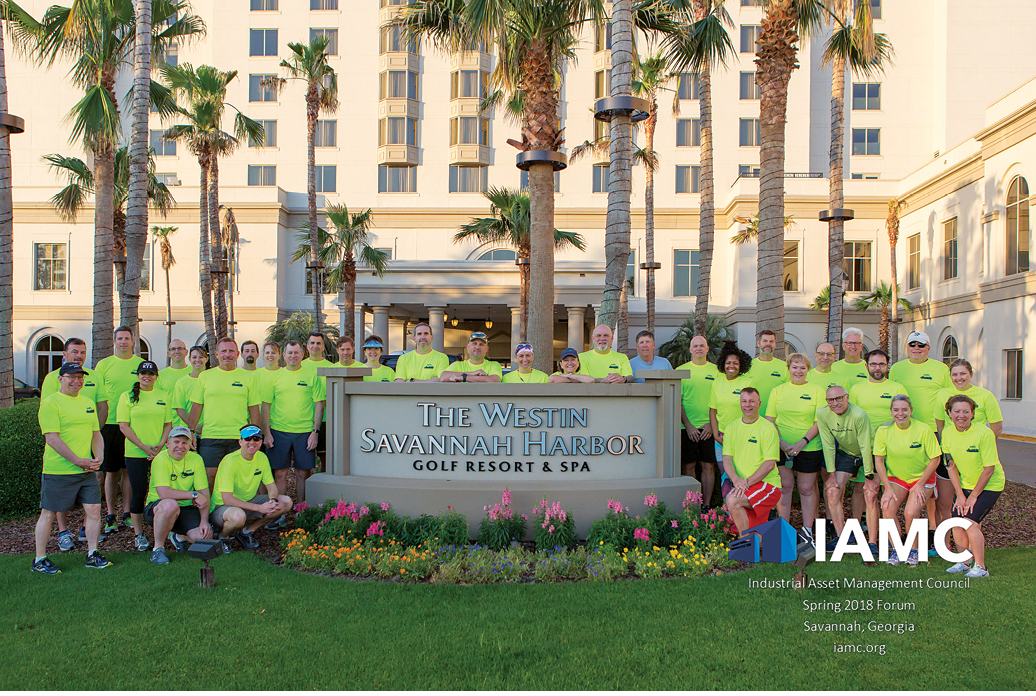 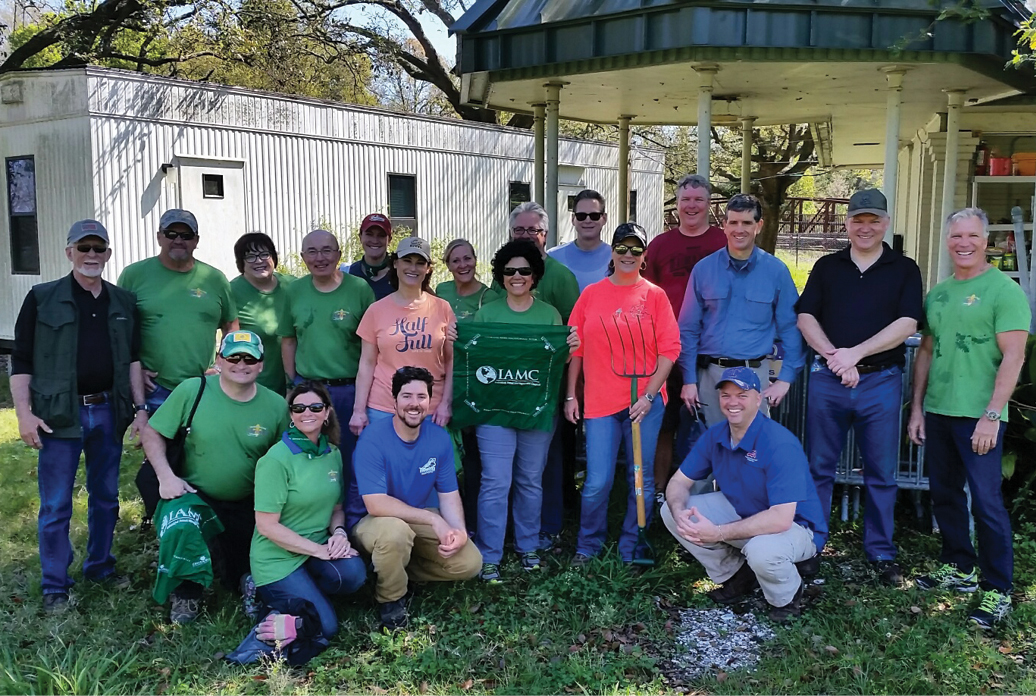 IAMC Forums have spawned such traditions as fun runs (seen here in 2018 in Savannah, where IAMC first convened in 2002) and service projects (New Orleans City Park, 2016).

We returned to live events in 2021, first visiting Fort Worth, Texas, for the Spring Forum and then Kansas City, Missouri, in the Fall. We were hosted earlier this year by Fort Lauderdale, Florida, where we celebrated the resiliency of IAMC and its members.

So, what’s next for IAMC? The Board of Directors is about to announce a new emphasis on professional development for our members. If the pandemic taught us anything, it underlined the need to continue to increase value for our corporate members. We are working to create a new educational program that demonstrates IAMC’s commitment to being the best source of training for professionals involved in industrial real estate. It is going to be an exciting addition to IAMC’s legacy.

Before I close, I would be remiss if I didn’t applaud the great leaders and supporters of IAMC. While there are too many to name in this letter, suffice it to say that IAMC would not exist without the active involvement and leadership of our members and sponsors. Thank you.

And thank you for allowing me to share my personal journey with IAMC. I am very proud of this great organization, and I look forward to the next 20 years!