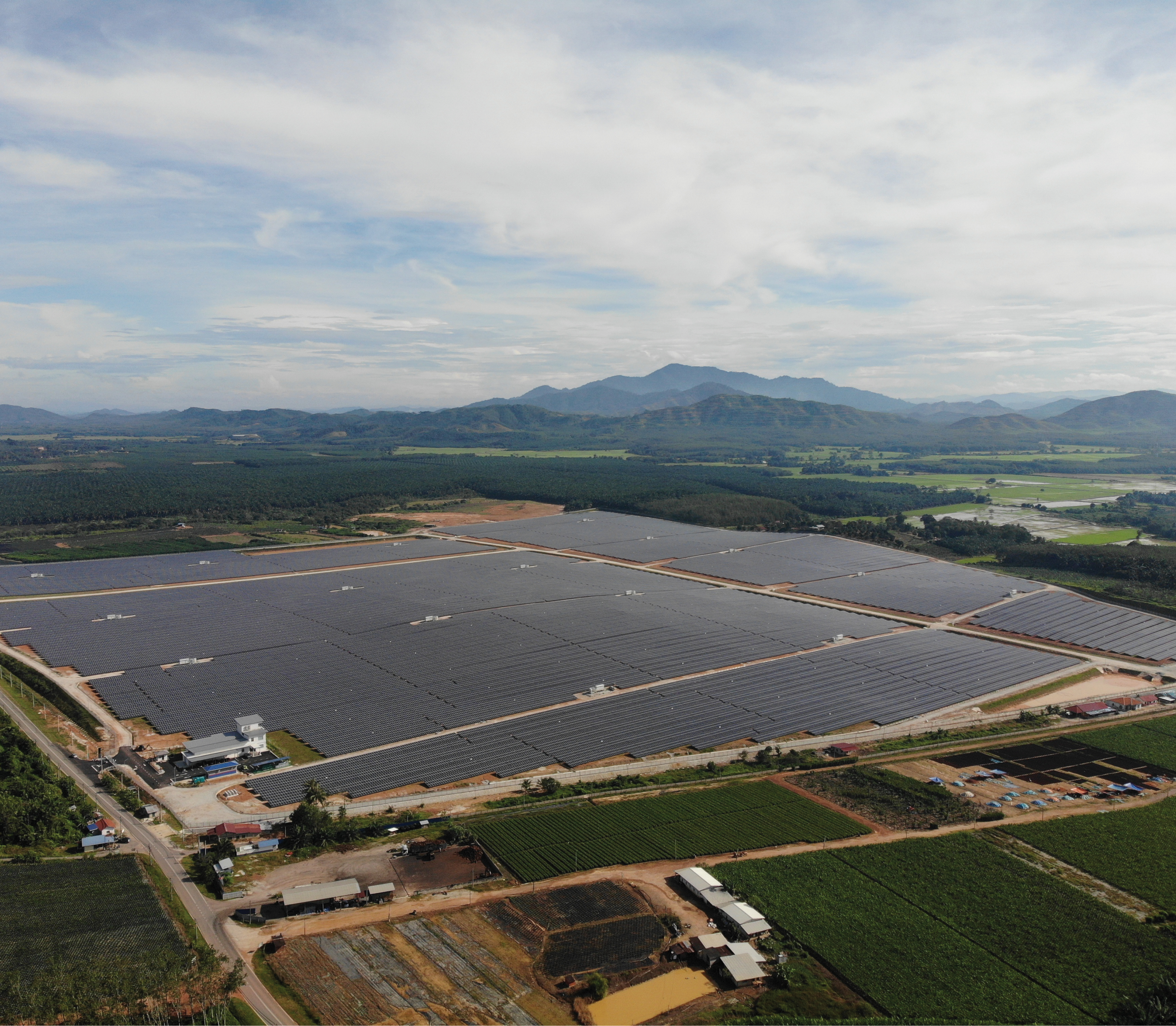 In late 2018, Norway’s Scatec Solar and partners reached commercial operation and grid connection for the 65 MW Gurun solar power plant in Malaysia, the first of three 65 MW solar plants under completion by Scatec Solar in the country.
Photo courtesy of Scatec Solar
by Adam Bruns
I

n June, President Joe Biden issued a proclamation declaring a supply chain emergency and allowing the U.S. Department of Commerce to help shore up domestic solar power equipment manufacturing by issuing regulations to temporarily permit for up to 24 months duty-free access to solar cells and modules from Cambodia, Malaysia, Thailand, and Vietnam.

“As we invest in expanding domestic solar manufacturing and strengthening supply chains to protect our long-term energy security, imported solar panels remain an important component to addressing the immediate demands of bringing additional energy sources online and addressing the energy needs of the American people,” said U.S. Secretary of Commerce Gina Raimondo, while reiterating her departments pledge to upholding trade laws. “The President’s emergency declaration ensures America’s families have access to reliable and clean electricity while also ensuring we have the ability to hold our trading partners accountable to their commitments.”

Commerce has been looking into unfair trade practices of Chinese solar technology companies looking to avoid tariffs on their products by shifting production to Southeast Asia. The investigation has stymied solar industry activity in the U.S. as components grew scarce. Clean power advocates minced no words even as they praised the presidential action.

“The President’s announcement will rejuvenate the construction and domestic manufacturing of solar power by restoring predictability and business certainty that the Department of Commerce’s flawed inquiry has disrupted,” said Heather Zichal, CEO of the American Clean Power Association (ACP). “This action is necessary due to the inconsistent and archaic regulatory process at the Department of Commerce that has frozen the U.S. solar industry.”

The domestic solar industry, she said, “is actively making investments to further increase the scale of the domestic manufacturing sector, including recent announcements to expand U.S. module production facilities, create new manufacturing plants for components like steel trackers, and work with allied trading partners to unlock the potential for inputs (like polysilicon) from the United States. As one example, ACP has exclusively learned that a large U.S. developer is pursuing a domestic solar panel manufacturing facility that could have up to 5GW of production. Panel production at this facility would begin by the fall of 2023 and would put 1,000 American workers on the job building America’s clean energy future.”

Chinese Companies, But Not in China

No further details were available about the ACP’s apparent scoop. But Site Selection’s Conway Projects Database offers us details about recent solar industry investments in those four temporarily exempted Southeast Asian countries. Since 2015 we’ve tracked no solar manufacturing investments in Cambodia, but 14 projects across the other three nations: eight in Malaysia, and three each in Vietnam and Thailand. Twelve of the 14 projects involve companies that are headquartered in China. If the Commerce Department inquiry eventually determines the plants were established to circumvent tariffs, the U.S. could impose tariffs retroactively, but the 24-month pause puts them off at least until 2024.

Among the investors is China’s Risen Energy, which last year announced a $10 billion, 3,000-job production base in Kulim Hi-Tech Park, Kedah, Malaysia, its first investment in Southeast Asia. Commercial activities were expected to commence by Q1 2022, and the facility will contribute annual production capacity of 3GW for its first five years. Risen and others are investing in solar power generation projects in Malaysia and other Southeast Asian countries too. 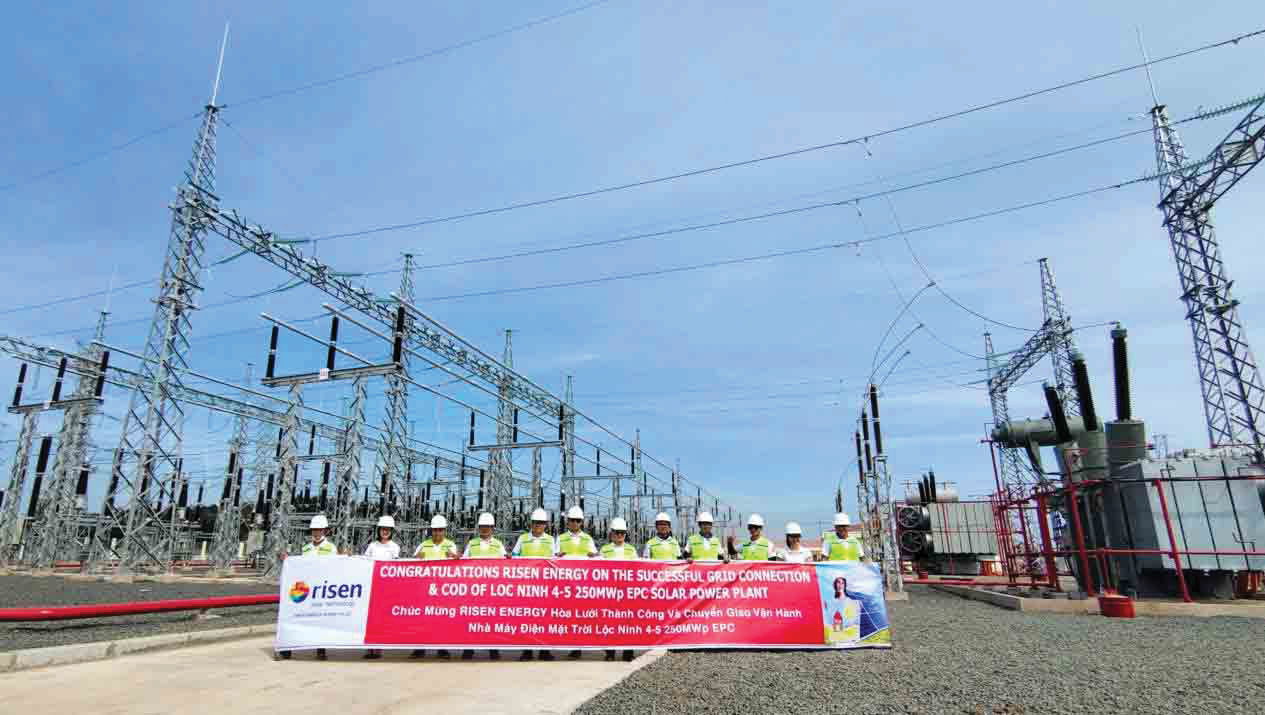 A power plant with solar generation from Risen Energy products recently went on the grid in Lôc Ninh, Vietnam.

“The competitive advantages of Malaysia’s investment environment are mainly reflected in the following aspects — strategic location in the core area of Southeast Asia, solid economic foundation and good economic growth prospects,” said Xie Jian, chairman of the board and president of Risen Energy, in announcing the project last year. “Further, Malaysia has abundant raw materials, high quality of human resources and harmonious ethnic relations whereby people get along well. Most importantly, the strong support and service from the state and local governments.”

LONGI is another Chinese concern making major investments in the four exempted countries, with a recently announced $427 million, 1,730-job commitment in Kuching, Sarawak, Malaysia, where it invested $126 million in 2019 and $24 million with a 500-job pledge in 2017.

Conditions appear ripe for further investment to come, solar and otherwise. The UNCTAD World Investment Report 2022 released in June found that “Developing Asia,” which receives 40% of global foreign direct investment (FDI), saw FDI flows rise in 2021 for the third straight year to an all-time high of $619 billion. China’s inward FDI grew by 21%, but Southeast Asia more than doubled that pace with 44% growth in FDI last year.