The Dawn of Solar City, Indiana 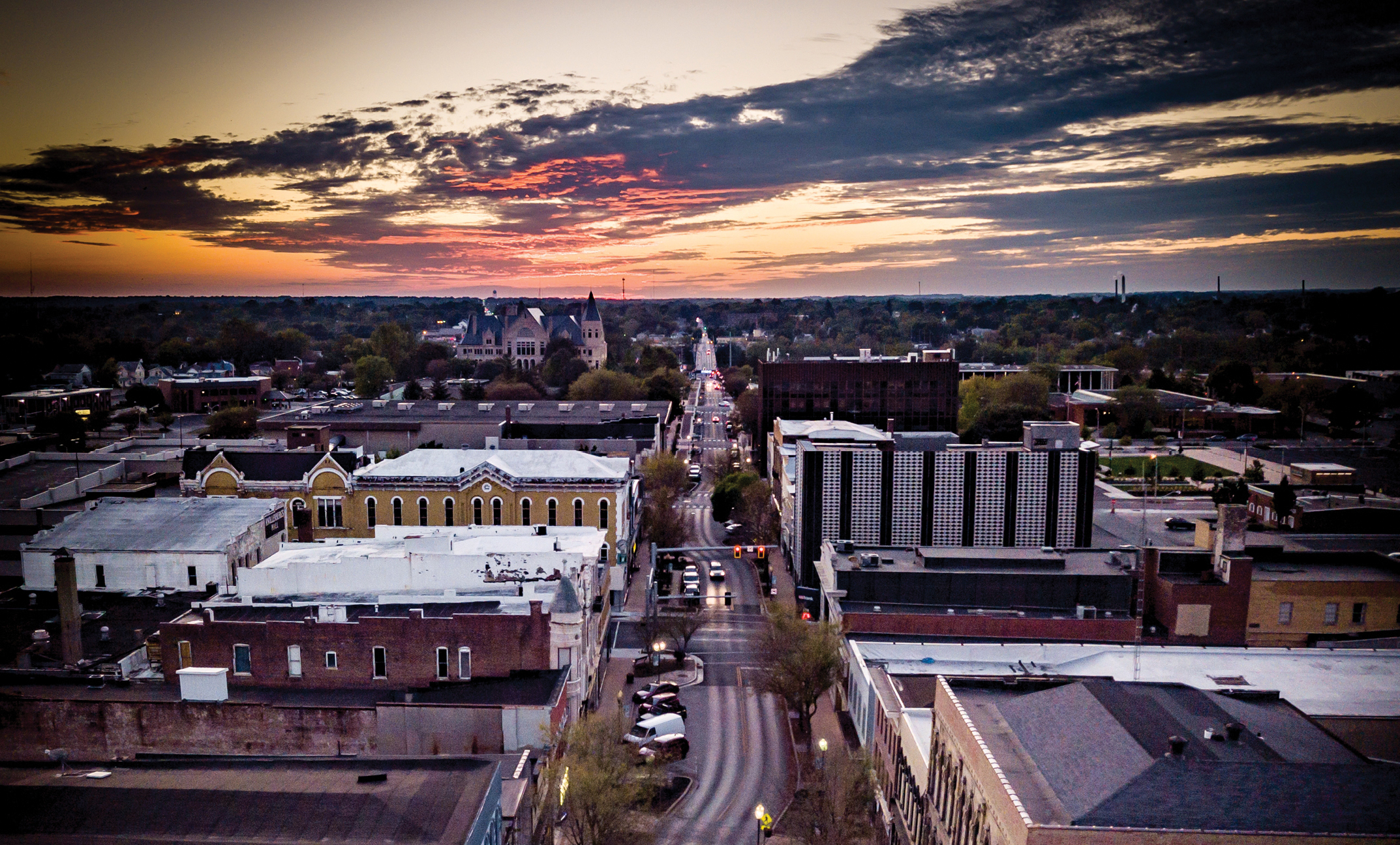 rossing into Indiana on Interstate 70, a driver might notice solar parks on either side of the highway. They’re the city of Richmond’s new calling card, solar being a shining source of pride in a city that — despite its modest size — nonetheless prides itself on being ahead of the curve.

“Solar,” says Mayor David Snow, “really ties in with our history of being a city of firsts, a visionary city that’s always looking forward.”

Richmond, Snow is quick to point out, was “the cradle of recorded jazz.” A refurbished section of its legendary Gennett Records studios attests to that history. Now an attractive event space, today’s Starr Gennett Building was part of a larger musical complex that in its 1920s heyday recorded and released seminal works of such jazz pioneers as Louis Armstrong, Duke Ellington, Fats Waller and Jelly Roll Morton.

“We really are the city that gave jazz to America, and even the world,” relates Snow. “People like Keith Richards and Jimmy Page grew up on jazz records that were recorded here.”

“He had a vision for us,” recalls Snow. “He knew Sunday afternoon was our lowest usage time for electricity, so he wanted solar to meet 100% of our Sunday demand. If it could, he believed that we could market ourselves as a solar city, which to me was an unbelievable vision. I’m very much looking forward to the day when we can do that.” 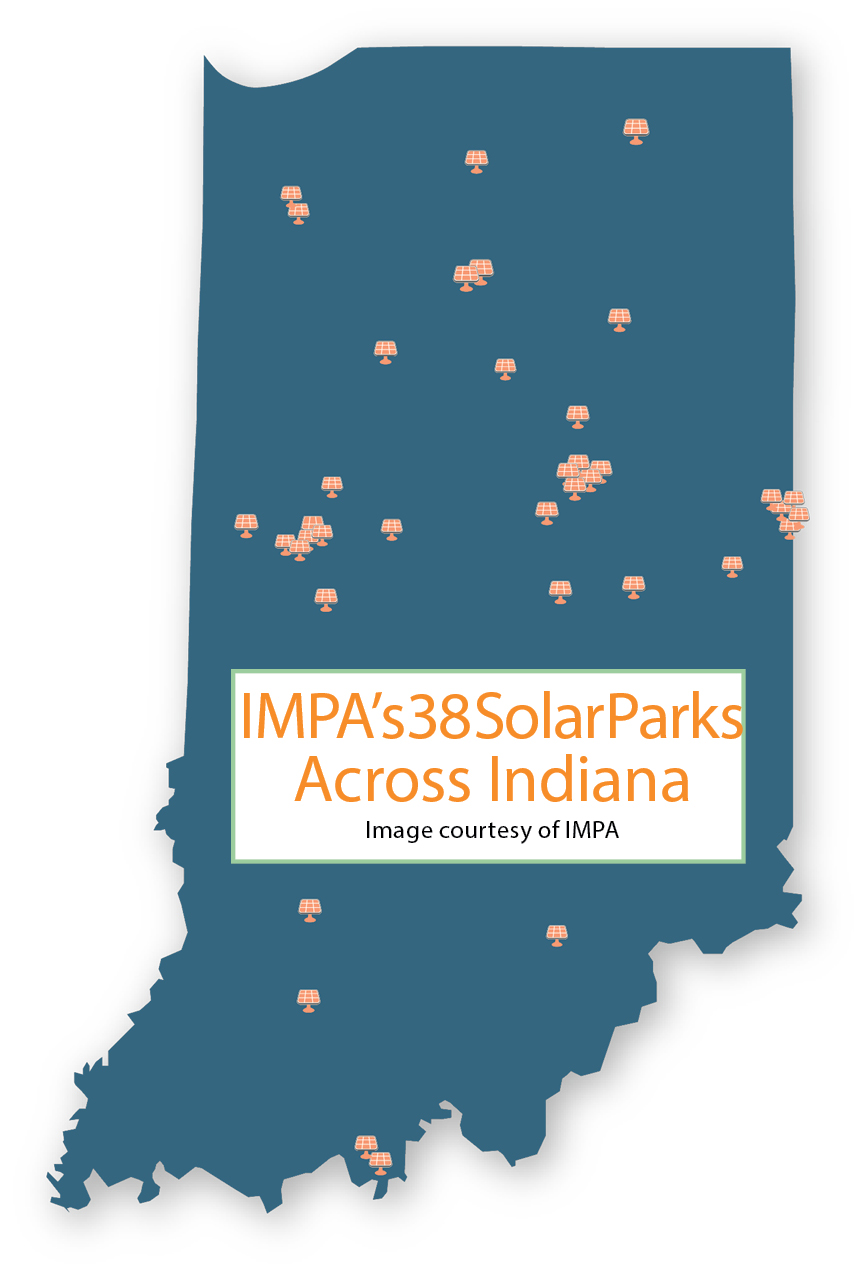 Grand Ambitions for Renewables and Non-Carbon

IMPA’s leadership may have changed, but Rao’s mantra lives on.

As a membership-owned nonprofit serving 60 towns in Indiana and one in Ohio, IMPA offers some of the lowest rates per kilowatt-hour in the region and facilitates the local ownership and control of utilities. As it gradually phases out coal, some 30% of IMPA’s evolving energy mix currently comes from non-carbon solar or nuclear sources. Having established intermediate targets for 2030 and 2040, the utility envisions a zero-carbon future beginning by 2050.

IMPA designs, builds, owns and operates its network of small-scale solar parks, each of which serves its individual member community. In almost all cases, the installations are built on land within city limits, thus generating property taxes. From an initial three pilot parks in 2014 — including one in Richmond — IMPA’s solar network has grown to 38 sites that generate 140 MW of renewable power. Six more are projected to come online this year. Two are under construction in Richmond, where five IMPA solar parks already produce some 32 MW, enough to power more than 5,200 homes.

“Our mission is low-cost, reliable and environmentally responsible electricity.”

“Our solar parks have been well accepted in Richmond, as with everywhere else, really,” says Alvey. “I tell our members, ‘We want to be here if you want us here.’ ”

“The way you get community acceptance,” he says, “is by not forcing your way in.”

Part of a Bigger Picture

Richmond straddles I-70 roughly halfway between Indianapolis and Dayton. Asked about the role manufacturing plays in the Richmond economy, Mayor Snow acknowledges it is a factor but is quick to steer the topic elsewhere.

“Manufacturing is still very important,” he says, “but building quality of life to attract footloose workers that are working digitally and taking their jobs with them is important, as well. And with our growing solar capacity, there aren’t a lot of cities that can match our pitch for sustainability.

“Building co-working space,” continues Snow, “is also important, as is fostering a small business environment. But again, it’s just a tremendous thing to be able to market to individuals that are looking for a sustainable place to live.”

That sustainability piece, Snow believes, ties in neatly with Richmond’s cultural legacy, which lives on in the “Walk of Fame,” where the images of dozens of artists who graced Gennett Records are displayed. Perhaps unusual for a city of just 36,000, Richmond boasts a Symphony Orchestra in addition to its Richmond Civic Theater and Richmond Art Museum. A 62-mile bike path known as the Cardinal Greenway runs from Richmond to Muncie.

“We are checking all the boxes,” says Snow. “We can provide people with a tremendous quality-of-life experience without having to live on top of one another. Now we can offer solar, as well. I think that over the next 10 years we are going to see a very big growth spurt. I’m biased,” he concedes, “but I truly believe that Richmond, Indiana, is America’s next great city.”