A Dozen Things You Didn’t Know About California 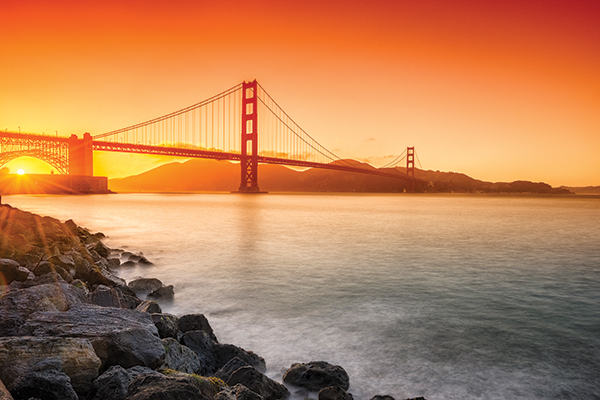 If you thought you knew the California economic development story already, think again. Hidden beneath the headlines of the popular press is another version of the story — one that goes beyond attention-grabbing over-exaggerations.

Courtesy of the partners of TeamCalifornia, here are 12 things you didn’t know about the state:

1) Glendale is the fourth largest city in Los Angeles County and is emerging as the next hub of innovation in Southern California. More than 1,000 technology companies already call this city home and employ more than 41,000 workers. The city also boasts two startup accelerators and an abundance of co-working spaces.

2) Santa Clarita, the third largest city in Los Angeles County, recently attracted DrinkPAK, which is building the fastest canning line in the world at a brand-new, state-of-the-art manufacturing plant that will employ over 400 people upon completion.

3) Utilities in California are some of the most innovative in the world. Sacramento Municipal Utility District (SMUD) two years ago adopted the most ambitious clean energy goal of any large utility in the U.S. when it unveiled a plan to achieve absolute zero carbon energy by the year 2030.

Meanwhile, Southern California Edison is making major investments to modernize the California grid and harden it to prevent future service disruptions due to weather and natural disasters.

4) Tulare County, the anchor of Central Valley, California, is often referred to as the “Breadbasket of the World” for its plethora of farms, food-processing operations, renewable fuel facilities and other agri-tech installations.

5) Victorville, located in the High Desert region of San Bernardino County in Southern California, is home to a myriad of Fortune 500 companies that want to take advantage of the logistics connections at Southern California Logistics Airport. These heavyweights include The Boeing Company, General Atomics, Keurig Dr Pepper, M&M/Mars, Newell Rubbermaid, Plastipak and United Furniture Industries.

6) San Bernardino County, stretching from just east of Los Angeles all the way to the Arizona border, is the largest county in land mass in the U.S., covering more than 20,160 square miles. It’s also home to not one but two of the largest recent investments made by billionaire Elon Musk: an underground transit loop being built by The Boring Company to Ontario International Airport; and the rollout of thousands of small SpaceX satellites to beta-test delivery of high-speed internet to rural areas.

7) Imperial County, just east of San Diego and next to the Mexican border, is considered California’s Last Frontier due to its abundance of publicly owned water and energy, affordably priced land, and natural resources. For example, the county’s Salton Sea Known Geothermal Resource Area is considered not only the largest source of geothermal resources in the country but also one of the largest deposits of rare earth minerals in the world.

9) Menifee, the fifth fastest growing city in California, is considered one of America’s new boomtowns while also being one of the most affordable locations on the West Coast, according to a recent Kosmont Cost of Living Study. This Southern California town is expected to grow by 10% over the next two years; and national retailers keep flocking to Menifee because stores in this city record sales that far outpace the national average.

10) Ontario in San Bernardino County is home to the nation’s fastest growing airport — Ontario International Airport — and is also home to Ontario Mills, California’s largest outdoor shopping destination. Another hidden gem? Ontario Ranch, one of the nation’s biggest master-planned communities. Upon buildout, it will be home to 50,000 new single-family homes on 8,000 acres of pristine land. It is currently ranked the No. 1 selling master-planned community in California and No. 6 in the U.S.

11) Chowchilla may not be a household name among West Coast cities, but it is one of the most connected cities in America when it comes to higher education, as it is less than 45 minutes to the University of California, California State University, two community colleges and a trade school. Conveniently for logistics purposes, it’s also located in the exact geographic center of the state.

12) In San Joaquin Valley, Lathrop is one of America’s newest cities as well as one of its fastest growing. Incorporated in 1989, this community has seen its population swell by 320% over three decades. Tesla announced last year that it will build a Megafactory in Lathrop. The new plant will manufacture 40 GWh utility scale energy storage systems. Since 2014, the company founded and run by Elon Musk has grown to occupy more than 2 million sq. ft. in Lathrop. It is a multi-faceted operation that includes EV component manufacturing, remanufacturing of warranty parts, and now the production of energy Megapacks.

Meanwhile, nearby Manteca features a new state-of-the-art regional data center, a 500-room vacation resort hotel and indoor water park, and the second hottest market for distribution centers and logistics in the U.S.

This investment profile was prepared under the auspices of TeamCalifornia. For more information, contact Robin Reimold at 949-278-5719 or robin@teamca.org. On the web, go to www.teamca.org