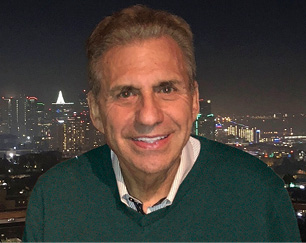 ohn D. Kasarda is the leading developer of the aerotropolis concept defining the roles of aviation and airports in shaping 21st-century logistics processes, business location and urban economic growth. He is president of the Aerotropolis Institute China, a faculty member at the University of North Carolina’s Kenan-Flagler Business School, and president and CEO of Aerotropolis Business Concepts LLC. He also served as the founding editor-in-chief of Logistics, an international scholarly journal, from 2016 to 2021. Following are his thoughts on how airports worldwide are proceeding with their plans for airport city and aerotropolis development.

How did the pandemic affect airport-related development? Were projects put on hold? Did the downturn in travel make development easier?

During much of the COVID pandemic, airports were in economic survival mode. Thus, virtually all new commercial development on their property that wasn’t well on its way was put on hold with some existing airport commercial facilities closed. These included DFW, Frankfurt, Hyderabad, Paris Charles De Gaulle, Singapore Changi, and, indeed, most other major airports worldwide. At the same time, the dramatic decline in passenger volumes gave many airports a chance to physically upgrade portions of their terminals, including commercial portions. The pandemic also put a pause on aviation-linked development beyond the airport fence. This pause appears temporary, though, as robust commercial construction is recommencing in areas surrounding major airports where land is available.

Are there metros around the world that are now considering designing an airport city that have not done so previously?

Airport city and greater aerotropolis planning and development are occurring in many metropolitan regions that did not pursue these concepts in prior decades. Included here are Bengal, India; Durban, South Africa; Manila; Riyadh; Sydney; and Thailand’s Eastern Economic Corridor, to name just a handful. Research by the Aerotropolis Institute China found that over 50 metropolitan areas in China are currently pursuing airport city and aerotropolis design models and quickly moving into development.

Are new concepts about airport cities coming to
light that have caught your attention?

The newest concepts being pursued in airport city development are to make them centers of innovation and knowledge creation as well as an international financial exchange. The new Beijing Daxing Airport Economy Zone and the Western Sydney Aerotropolis under development come immediately to my mind. Environmental and social sustainability is also receiving far greater attention than in the past.

What are some current airport city initiatives
that you find intriguing?

The most intriguing airport city and aerotropolis initiatives in my view are Neom, Saudi Arabia, and Lake Nona adjacent to Orlando International Airport. Neom is an extremely visionary, highly ambitious US$500 billion project funded by the Saudi government to design and construct the most futuristic, sustainable aviation-oriented urban development in the world based on speedy connectivity — locally, nationally, and globally. Lake Nona, a 17-square-mile master-planned community being developed by the Tavistock Group, has attracted leading aerospace, medical, higher educational and sports complexes such as the national campus of the U.S. Tennis Association. In January 2020, KPMG opened its 55-acre professional learning and innovation complex, and in mid-2021 the Walt Disney Company announced it was moving its 2,000-professional employee Imagineering headquarters from California to Lake Nona on a 60-acre campus. All firms and institutions stated that Lake Nona’s proximity to Orlando International Airport was a critical site selection factor.