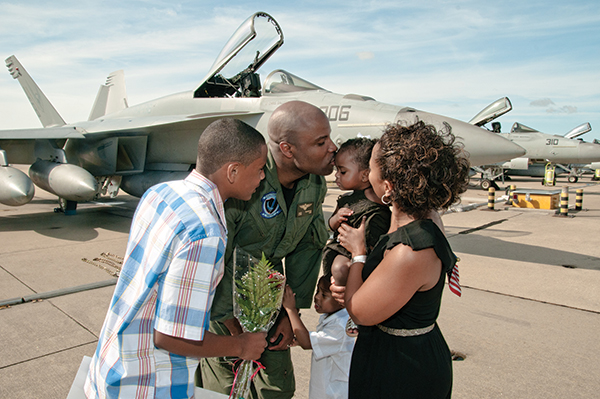 When it comes to supplying a steady stream of outstanding talent, Hampton Roads enjoys an advantage that might be singular. Each year, anywhere from 8,000 to 12,000 veterans retire from the region’s Navy, Air Force and Coast Guard installations, according to Shawn Avery, president and CEO of Hampton Roads Workforce Council.

For smarts, energy and leadership, these seekers of second careers and retirement gigs are among the cream of the crop.

“I love veterans. I wish I could hire every one of them,” says BillErmatinger, executive vice president and chief human resources officer for Huntington Ingalls, the massive military shipbuilder headquartered in Newport News. Nearly 25% of HII’s Hampton Roads staff boast military roots. “You don’t have to teach veterans about leadership,” Ermatinger says. “They already get it.”

“We have one of the largest concentrations of military personnel in the world,” says Avery, noting that vets are known to have been targeted by scammers. “We’ve heard about people charging $200 to supposedly help with a resume. We don’t do any of that. It’s all free. We’ll help you get placed.”

If people are the jet fuel, then higher education in Hampton Roads is the engine of workforce development. More than 100,000 students at any given time are enrolled in close to a dozen colleges and universities in the region.

Site Selection spoke in February with the eminent presidents of William & Mary, Old Dominion University and Tidewater Community College. The former is the region’s oldest college, and the latter two are the largest by enrollment. 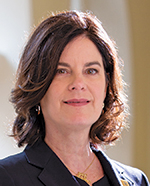 People think of William & Mary as an ivy-clad bastion of the arts and sciences. Does that picture need an update?

Katherine Rowe: Research at William & Mary is not something that’s new. I think we’re being recognized newly for some things that we’ve done for a really long time that have become really powerful. We have conducted exceptional and relevant research for decades, and we are unusual in the degree to which we involve undergraduates in that research. What has shifted over time is that we’re taking a “whole institution” approach to thinking about combining the very best of that top research university with the breadth of the arts and sciences.

How does your background as a Shakespeare scholar inform your efforts to promote entrepreneurship?

Rowe: In the theater, it’s all about resourcefulness. It’s about adapting to unpredictable, contingent conditions with the resources that you have and being very, very efficient. It’s about listening to your audience to understand what’s landing. Well, that’s exactly what entrepreneurs do. They’re resourceful. They are adaptive. They listen to their market to understand how they need to evolve. 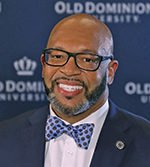 One of your first major projects since becoming president in 2021 is the ODU Maritime Initiative. That would suggest that it’s a high priority for you and the school. What do you hope to achieve through the initiative?

Brian Hemphill: The ODU Maritime Initiative, which was announced last fall, will both coordinate and grow the University’s maritime-related degree and certificate programs, talent development, entrepreneurship, research and innovation. To chart a clear course for this important work, we are developing a series of pathways, including a national hub for autonomous systems; a maritime small business innovation collaborative; a Department of Defense center of excellence for naval sustainment and mission engineering; and a sustainable home and brand for maritime innovation in Hampton Roads.

In what other sectors does Old Dominion have workforce development partnerships?

Hemphill: We are specifically focused on developing new partnerships and expanding current partnerships around data science, healthcare and maritime. Additionally, the university is nationally known for research in coastal resilience, modeling and simulation, bio electrics, port logistics, maritime engineering and cybersecurity. The university is proud to be a key academic research partner for the Thomas Jefferson National Laboratory and NASA-Langley Research Center. 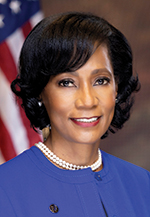 You have about 27,000 students currently enrolled. What are the most popular courses of study at Tidewater Community College?

Marcia Conston: Our most popular courses are in the health care fields. Information technology and cybersecurity are very big majors, as well. We also have skilled trades, and with our being right here in the shipping area, that includes things like advanced welding, electrical and plumbing. A lot of our instructors come from the shipyard, and we also have a lot of instructors with military backgrounds.

Are you a proponent of imparting “soft skills” in the classroom?

Conston: Soft skills can make or break a person in the workplace. We can always train a person to do the job, but the crucial component is to have the ability to navigate the workforce. That’s by working well with their peers, showing up on time and knowing how to interact with their supervisors. We are embedding soft skills throughout our curriculum. We are very focused on that.