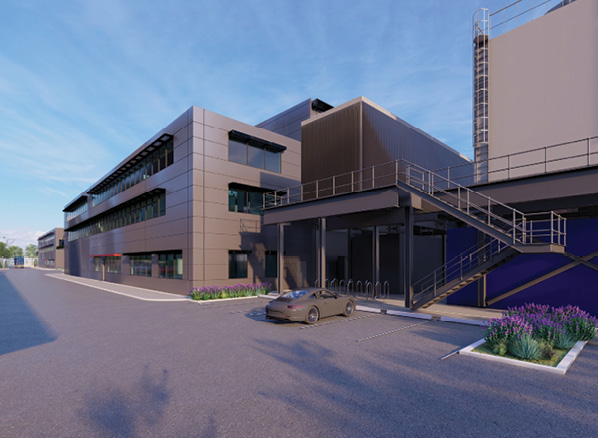 The last two years have been remarkable in many ways. Industries across the board have been confronted with change and disruption — and the data center industry has been no exception.

In early 2020, many businesses faced a sudden and heightened need for greater cloud technology to connect a dispersed workforce and enable people to do their jobs in a work-from-home environment. The trend continued in 2021 as cloud migration accelerated, the need for data centers continued to grow and major data producing platforms — companies like Google, Amazon, Microsoft, Alibaba, Apple and others — spread their data center footprints throughout the world. Today, the question is no longer whether the largest hyperscale data center users will expand to new regions each year, but how many will expand and how quickly.

One prominent change is how markets are developing. Historically, data center markets emerged when telecom companies — and later, colocation operators — built the first facilities and established footholds. But today, many of the hyperscalers that dominate cloud, network and internet services can enter a new or relatively immature market and simply begin a major build. This shift has led to rapid increases in market size, particularly in cities across Southeast Asia, South America and soon, Sub-Saharan Africa. We anticipate secondary markets will continue to benefit as certain primary markets restrict power usage and as sustainability demands put pressure on the industry.

Indeed, widespread data center proliferation has led to concerns in many key markets across the globe. For example, Singapore and Amsterdam are locations with deep data center capabilities, but neither has removed moratoriums on new data center development declared in recent years. Each is only allowing previously approved projects or small-phased buildouts to go forward. Ireland, too, recently considered a moratorium before ultimately choosing a more consultative approach with the industry.

These types of challenges to data center growth emphasize the responsibility operators face in three areas. First, the ability to source renewable energy, if not available locally. Second, the ability to develop better methods of cooling servers. And third, the ability to design more efficient facilities to meet the sustainability goals of clients and of the countries where the data centers operate. 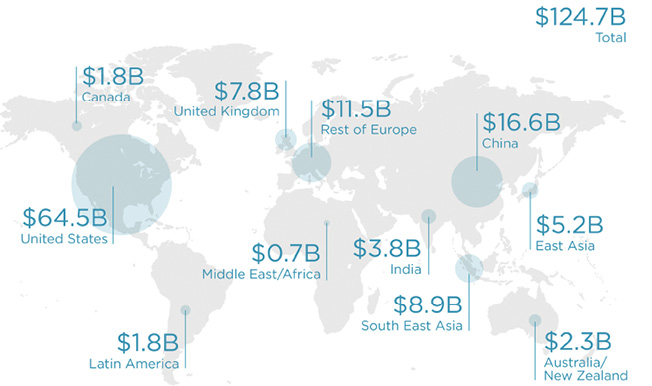 The 2022 Global Data Center Market Comparison saw an unprecedented tie for three of the top 10 slots.

It comes as no surprise that Northern Virginia again finished on top of the overall standings for the third consecutive year. It’s the largest data center market in the world, featuring a strong construction pipeline. It offers excellent connectivity, attractive incentives and low-cost power. Vacancy is exceptionally low and demand is high — operators and tenants alike are interested in expansion. Given those conditions, the area will likely become the world’s first two-gigawatt market over the next two years.

Right behind Northern Virginia, tying for second, are Silicon Valley and Singapore. Both rank high despite a lack of available developable land, and in Singapore’s case, despite a moratorium on data center construction. Both have strong ecosystems, excellent connectivity, consistent demand, and all major cloud services available and expanding where possible.

Chicago and Atlanta are tied for fourth in our 2022 ranking, both offering sizable incentives, low cost of land, plenty of development in the pipeline and lower power costs than most large data center markets.

Ranked outside the overall top 10 markets last year, Hong Kong makes a big jump in 2022, coming in just behind our top five markets. It offers a robust development pipeline, excellent networks and availability of all major cloud services.

Our top ten rounds out with Sydney, which reprised its top 10 showing from 2020; Dallas with its quietly solid absorption and plenty of space available for future construction; and Portland and Seattle — both sustainably focused cities in the U.S. Pacific Northwest.

Madrid is the largest gainer in the rankings from our 2021 ranking, moving up to 19th from 34th place. It’s a low-risk location with respect to natural disasters, has all major cloud services present, and is quickly tightening as take-up continues faster than development occurs.

Of the new markets we reviewed, Stockholm finished with the highest total score, thanks to lower-cost sustainable power and a strong political environment. Santiago, too, scored well as users both large and small continue to assess the city as a data center hub to serve Chile and greater South America.

We are tracking several additional markets closely for future inclusion in our Global Data Center Market Comparison, including some global megacities.

These include Istanbul, the commercial center and largest city in Turkey, with more than 15 million people across the greater metropolitan area. Istanbul’s data center market features only a handful of well-known operators at this point. With more than 12 million people, Moscow is the center of a massive Russian economy. Bangkok is a hub for 15 million people and has a strong technical manufacturing sector. Even relatively smaller coastal cities such as Cape Town or Auckland remain of interest as connectivity plays.

How did you decide on the seven markets that were added to your study this year?

Kevin Imboden: We reviewed cities that have considerable growth potential or are of particular interest to our client base. The three cities added in India (Chennai, Bangalore [Bengaluru], Delhi) reflects the immense growth launched across the country over the past couple of years, with the expectation that these cities will scale to primary-sized locations shortly. Kuala Lumpur has received interest as an alternative to Singapore, particularly with the moratorium there yet to officially lift. Stockholm is of interest thanks to the renewable power available and overall government support for data centers. Santiago is becoming a hub in South America, thanks to a strong economy and renewable power available. Lastly, Nairobi is home to the Silicon Savannah, the rising tech hub of not only Kenya but the entire region of East Africa.

How do your results compare to similar reports from the past few years?

Imboden: Data center construction continues across much of the globe, leading to entirely new markets being created and rapidly growing to primary size. The increase to 4.1 gigawatts currently under construction is a total that was unthinkable just a few years ago; hyperscalers are demanding ever-larger builds for primary market deployments and pushing ahead with expansion in every region.

I’ve talked to several economic development professionals dealing with a rise of interest from bitcoin miners. How is this demand overlapping with other data center demand trends?

Imboden: Cryptocurrency miners tend to prefer buildings that are available for lower cost, with the willingness to forgo backup systems as long as power is available at a low price and scalable over time. As such, miners locate in areas with considerable hydroelectric power, or in very rural areas that will offer incentives for their arrival. Other data center occupants are more concerned with reliability and connectivity, leading to the sizable growth in core markets to date.

Are there particular data center projects that stick out in your mind in terms of their scale, innovative practices or sustainability priorities?

Imboden: Rather than particular projects, there are certain technologies that can propel the industry into a more sustainable future. Immersion cooling can be highly effective to save water, especially for builds that have a very high rack density for artificial intelligence usage or design work. District heating is an innovate use of excess heat in cooling areas, allowing nearby homes to be warmed via the data center. Moving forward the goal will be to layer as many of these innovative technologies in new builds as possible, leading to more efficient operations.