Getting Chippy in Indiana

An unlikely naval base joins the battle to boost microelectronics. 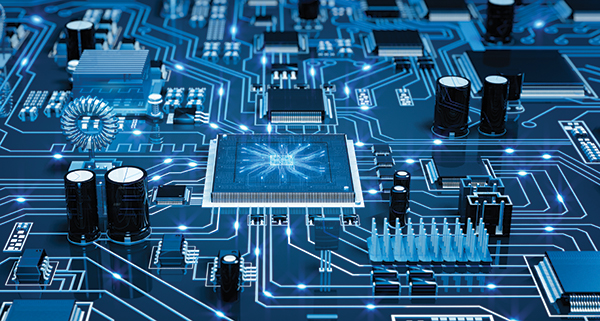 Incongruous as it may seem, the U.S. Navy’s third-largest global military installation sits amid cornfields in southwestern Indiana. Spared a close call with the base closing authorities in the mid-2000s, Naval Surface Warfare Center, Crane Division (NSWC Crane) has gone from being on virtual life support to having commanded a central role within the Defense Department and a valuable position as driver of a regional, tech-based ecosystem.

Much that occurs behind the gates surrounding NSWC Crane’s 100 square miles is classified. An official DOD website suggests a heavy lean toward sensors that drive high-tech warfare and special operations. The base’s 5,000 workers, mostly civilians, include 1,000 engineers and more than 100 PhDs.

“They have risen within the Defense Department to being the go-to source for all things microelectronics, hypersonics and electronic warfare,” says Bryant Niehoff, executive director, Daviess County Economic Development Corporation in nearby Washington, Indiana. “They are the center of excellence for that DOD-wide.”

Ironic, then, that during the 2005 round of base closures, NSWC Crane was close to being written out of the script. Too remote with no Interstate access and no system of local, private support. No nearby technology park.

Then look what happened. With the backing of then-Gov. Mitch Daniels, the state got to work on completing a section of I-69 that now puts NSWC Crane within a half hour’s drive of Bloomington. At the same time, local leaders, developers and investors came together to stand up the 770-acre WestGate@Crane Technology Park, literally at Crane’s western gate.

Today, WestGate@Crane hosts some 65 tech-related companies, many eager to do business with the Pentagon. Placing the sprawling campus within the confines of neighboring Daviess, Martin and Greene counties conferred numerous advantages, including a tripling of the county-wide tax capture allowable under state law.

“It was put there just to say, ‘Hey, we have a tech park here to support the defense industry,’ ” says Niehoff. “Now we have this entrepreneurial ecosystem that’s evolving by the day. The return on investment has been almost $8 to every one taxpayer dollar that has gone to the project. It’s been a huge economic development success.”

A Magnet for Tech

“The amount of knowledge and expertise that NSWC Crane personnel have — and the amount of contracting and research financing that now resides at Crane — make it a magnet that is drawing very strong interest within the microelectronics field,” says Jeff Quyle, president & CEO of Radius Indiana, an eight-county economic development organization.

“Being positioned just outside the West Gate of Crane makes it easy,” Quyle tells Site Selection, “for there to be a flow of people, ideas and concepts back and forth between the engineers on the base and the firms operating just outside.”

In November, WestGate@Crane received commitments from two new tenants whose missions tightly align with that of NSWC Crane and with a push by the State of Indiana to bolster its position in the $500 billion chip industry. Based in Batavia, Illinois, NHanced Semiconductors is establishing a facility for its “Foundry 2.0” model for manufacturing custom integrated circuits. Indiana Gov. Eric Holcomb was instrumental in recruiting Minnesota-based SkyWater, a semiconductor manufacturer and DOD-accredited supplier.

“We are thrilled to welcome SkyWater into Indiana’s vibrant technology and innovation ecosystem,” said Indiana Secretary of Commerce Brad Chambers, citing the state’s goal to leverage its “manufacturing expertise and workforce to reshore and reinvent the future of microelectronics.”

Momentum for the Future

Consolidating engagement between NSWC Crane and the surrounding community is seen as instrumental in the further evolution of a regional, tech-based ecosystem. To stimulate local activity during the COVID-19 pandemic, the Crane technology transfer office began to offer its intellectual property free of charge for the first year to potential commercial developers. Around that was built a pitch competition that has birthed several potentially viable products.

“They’re starting to open up the gates, so to speak,” says Niehoff.

The Indianapolis-based Lilly Foundation is doing its part as well, having funneled some $36 million through newly established, regional development initiatives, which include skills training for the defense, biomedical and advanced manufacturing industries. Lilly also has helped to fund a long-term master plan to help realize the full potential of WestGate@Crane.

“WestGate was of the utmost importance to the Lilly Endowment because of the significant impact it has on the success of the defense industry in this region,” says Niehoff. The master plan, he says, envisions an innovation district with amenities such as coffee shops and restaurants, natural landscaping and recreational opportunities.

“We think,” says Quyle, “that we’re at the birthing stage of a new industrial cluster, one that is going to be highly significant and relevant to the economy for decades to come. There’s an abundance of capability and potential that we are ready to activate.” 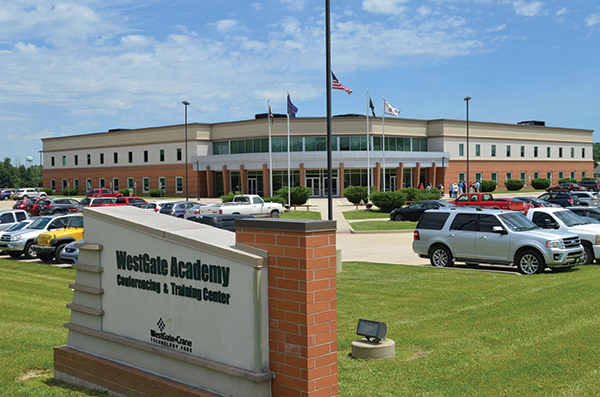