To stay competitive, Vietnam needs to upskill its workforce. 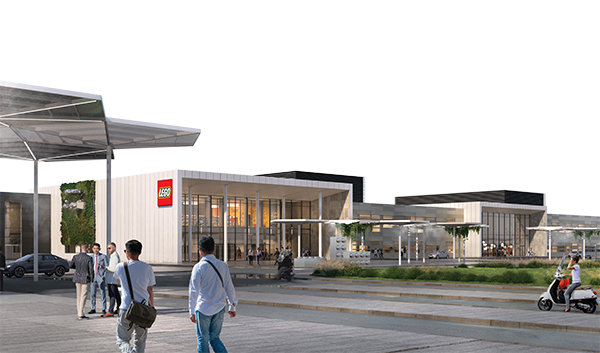 For over a decade, Vietnam has been a highly attractive investment destination because its population has been paying out a demographic dividend. The dividend is a low dependency ratio resulting in a large supply of low-cost labor. This has made Vietnam one of the most attractive destinations for labor-intensive manufacturing in Asia. Electronic giants such as Samsung, LG, Intel, and multinational footwear and garment companies such as Nike, Adidas, Hanes and Zara have chosen Vietnam as one of their key manufacturing hubs.

However, Vietnam won’t be paying this dividend for much longer. After more than a decade of steady economic growth, demand for labor is starting to outpace supply, particularly at higher skill levels. Supply constraints and higher wage inflation are beginning to impact Vietnam’s competitiveness. Vietnam’s statutory minimum wage (set by the government annually) has been rising at a CAGR of 15.6% over the last decade. It has reached a point where it is equal to or even higher than in some of its peers in Southeast Asia. With the rapid rise in the minimum wage, and labor supply shortages in some regions of the country, Vietnam is becoming less appealing for large-scale, labor-intensive manufacturing activities.

While wages have been rising rapidly, the depreciation of the Vietnam dong relative to the U.S. dollar has offset this growth, resulting in an almost static minimum wage rate in dollar terms. But as Vietnam’s exports have steadily risen, the government has not been able to maintain this equilibrium, and wages in U.S. dollar terms have begun to rise.

Vietnam’s average labor cost per employee is one of the highest in Southeast Asia. The World Bank’s latest analysis from 2018 shows Vietnam’s average labor cost was US$2,739 per employee for the median firm surveyed, about twice as high as in Laos, Myanmar, and Malaysia and about 30-45% higher than in Cambodia, Thailand, and the Philippines. That said, Vietnam’s labor productivity is the fastest growing in ASEAN, helping to offset rising labor costs. The average manufacturing firm in Vietnam produces about $10,500 worth of value-added per worker per year, higher than India, Malaysia and Cambodia but less than half of China and less than one-tenth of Singapore.

In addition to rising wages, manufacturers face significant challenges recruiting and retaining labor at all skill levels. As global MNCs invested and expanded, their suppliers followed, broadening and deepening Vietnam’s manufacturing ecosystem but also increasing labor demand. Job-hopping is very prevalent amongst unskilled and lower-skilled workers who will switch jobs for very small increases in take-home pay. The resulting turnover, which can be as high as 24% annually in some industry sectors, forces employers to either continuously recruit and train or raise wages and/or benefits significantly above the average. Some companies have tried to mitigate these constraints through automation, but replacing low-cost unskilled labor with more capital and automation requires a higher skilled workforce to operate it, which presents its own challenges.

While Vietnam’s demographic dividend will last well into the next decade, the government needs to do more to leverage this advantage. According to the General Statistics Office, as of 2020, the ratio of trained labor of the total workforce of Vietnam is 24.1%, far behind its ASEAN neighbors such as Singapore, Malaysia, Thailand, and the Philippines. This has decreased Vietnam’s competitiveness in high value-added industries. Vietnam needs to reform its education system by implementing policies to develop vocational education and human resources. Currently, 31% of the working age population, or 24.5 million people, are still working full-time in agriculture.

Training its existing workforce is key for Vietnam to raise its competitiveness and attract high value-added industries. In 2019 (the most recent date when this subfactor was measured) the World Economic Forum’s Global Competitiveness Report ranked Vietnam No. 102 out of 141 countries for vocational training (Singapore, 6; Malaysia, 12; Indonesia, 37; China, 41; Thailand, 74; Cambodia, 112). Vietnam has set targets that its vocational education capabilities will reach the level of its more developed ASEAN peers by 2030, and by 2045, reach the level of G20 countries.

This will require significant changes in the educational system. The quality of training in Vietnam’s educational institutions remains focused more on theory than practice and is widely regarded as not preparing students for the jobs that are available. To close this practical knowledge gap, government agencies responsible for education and workforce development, and educational institutions, are researching long-term strategic solutions.

Many vocational schools are partnering with foreign schools on joint vocational training projects. Others send students to work as interns in local foreign companies to gain practical on-the-job experience from global manufacturing firms.

Due to the shortfall in supply and quality, most companies in Vietnam have developed their own remedial education and training programs.Samsung hires students from colleges and universities with basic knowledge and provides them with free courses in their factories.

LG provides on-the-job technical training through internship, scholarship and partnership programs with universities. Jabil runs a year-long training program for new employees who have shown potential for advancement. Participants present a report on what they have learned and where they would like to work within Jabil should they choose to stay with the company. These newly trained employees are then offered positions which previously required greater expertise. Intel, Siemens, Danaher and Pearson have trained Vietnamese professors from eight universities on more modern ways to teach engineering.

For the foreseeable future, Hanoi and Ho Chi Minh City, which have the largest supply of the highest skilled and experienced senior technical and managerial talent, will be the source of this talent for multinational investors. This has made commuting time a key driver in site location decisions. According to a labor survey of employees in advanced manufacturing in southern Vietnam conducted by Tractus, nearly 70% of respondents reported that commuting time should not be more than two hours one-way. These issues have influenced some companies’ site selection decisions as well as compelled others in more distant locations to develop creative in-house solutions to recruit, develop and retain local talent.

Dennis J Meseroll is Executive Director of Tractus Asia based in the Bangkok office. Tram Phan, Consulting Manager, and Nam Dang, Analyst, are based in the Ho Chi Minh City office. For more information, visit tractus-asia.com.