The Twin Cities up north and Obion County down south reign supreme in this year’s rankings of top metro and micropolitan areas along the Big Muddy. 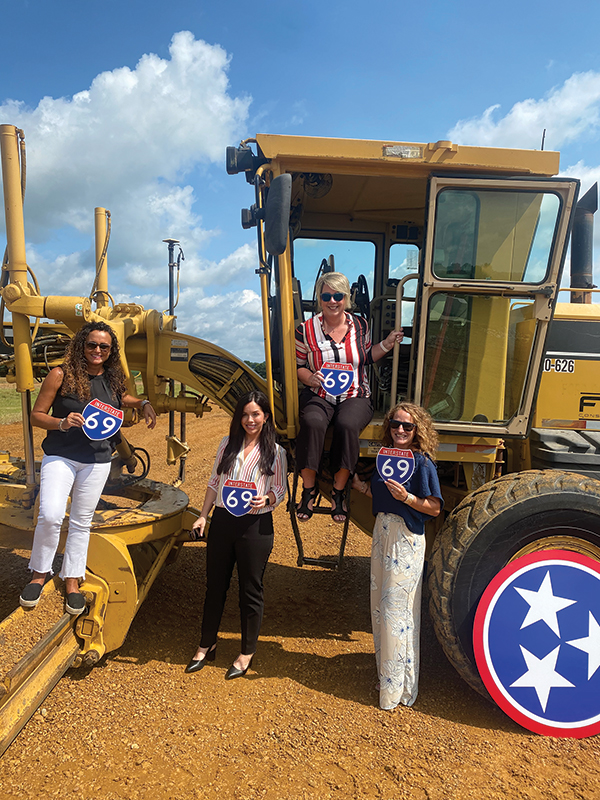 Area leaders kick off paving of the new I-69 Bypass in Obion County, Tennessee,
part of the Union City micropolitan area.
Photo courtesy of Lindsay Frilling
by Adam Bruns

With 90 projects over an 18-month period, the Twin Cities metro area of Minneapolis-St. Paul-Bloomington, Minnesota-Wisconsin, repeats as No. 1 in corporate facility investments among all metros along the length of the Mississippi River.

The region edges out No. 2 St. Louis, where 88 projects qualified for Site Selection’s Conway Projects Database, which tracks private-sector company facility construction and expansion investments that meet at least one of these conditions: at least $1 million invested, at least 20 new jobs created or at least 20,000 new sq. ft. of space. New Orleans-Metairie, Louisiana; Baton Rouge, Louisiana; and Memphis, Tennessee-Mississippi-Arkansas, round out the top five.

The 90 projects in the Twin Cities are quite a jump from the 62 recorded last year when the region also ranked No. 1. The roll call includes 500-job and 1,000-job projects from Amazon in Woodbury and Maple Grove, respectively; Sportek’s $8 million, 85-job investment in Elk River; and multiple projects in the region’s medical device sector: Boston Scientific in Arden Hills and in Bloomington (where the company is investing $100 million and creating 700 new jobs); Silk Road Medical’s $5.1 million, 67-job site in Plymouth; and JunoPacific’s headquarters and manufacturing campus in Brooklyn Park ($36 million, 136 jobs), among others.

JunoPacific is a business of stalwart Minnesota employer Cretex Companies, based in Elk River, which last spring purchased land at the juncture of highways 610 and 169 in Brooklyn Park to consolidate capabilities under one roof. The Minnesota Department of Employment and Economic Development (DEED) awarded $1.64 million in grants to assist JunoPacific with the expansion. “The building site was chosen strategically to be within a close radius of existing Cretex locations in Anoka, ensuring employee commutes are impacted as minimally as possible,” the company stated. “This location also offered the best option for future expansions.”

“This state-of-the-art facility will allow for the expansion of our new technology and engineering investments while also eliminating the constraints to our existing production,” said Pete Herman, president of JunoPacific, who is helping to lead the 610 project. The company expects to house its stamping, molding, tool design as well as advanced engineering and assembly businesses in the new facility by the end of 2022. Cretex employs over 2,000 in Minnesota, California and Wisconsin.

Among the initiatives being led by Greater MSP, the regional economic development organization for the 15-county Twin Cities region, is the newly launched Minnesota Apprentice Network, in partnership with global professional services firms Aon and Accenture, and with and OneTen, a national coalition of leading executives who are coming together to upskill, hire and promote 1 million Black individuals without four-year degrees into family-sustaining jobs over the next 10 years,

“Apprenticeships provide access to career pathway jobs. We believe they are a necessary part of our region’s strategy to advance equity, meet employers’ talent needs and generate inclusive economic growth,” said Peter Frosch, president and CEO of the GREATER MSP Partnership, when the program was launched last June. 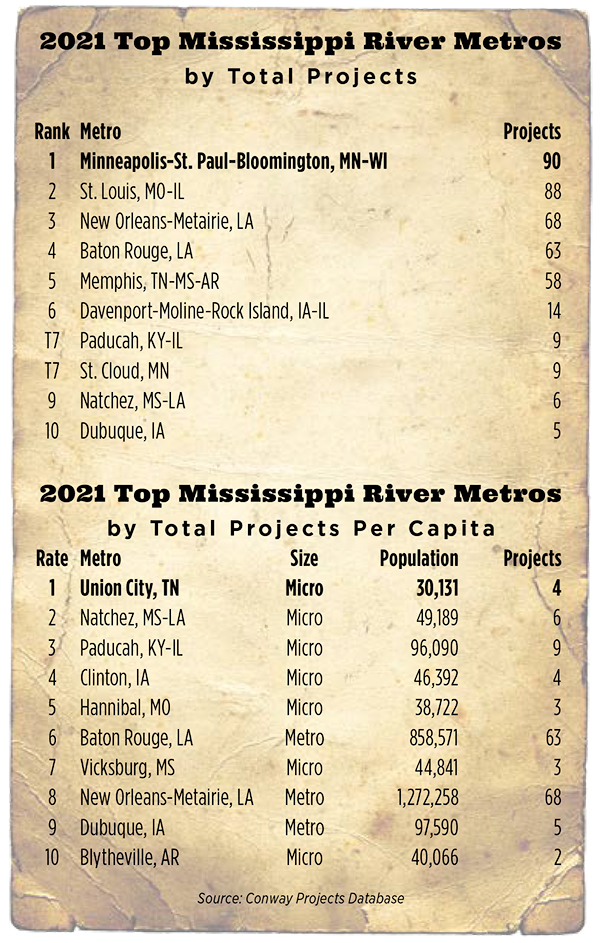 Another effort led by a coalition of startup, investment firm, accelerator, corporate and university leaders called Forge North aims to get better mileage out of the region’s strong headquarters economy by finding ways to ensure that, as Stephanie Rich, a Forge North Fellow who is head of the Bread and Butter Ventures platform, wrote in February, “100% of billion-dollar enterprises based in MSP are meaningfully engaged with local startup ventures.” The team has developed the Forge North Enterprise Playbook, which gives a “high-level overview of practical opportunities to get involved with the local startup ecosystem, why they’re beneficial to enterprises and advice on taking action.”

Examined by per capita results, four years after it was first recognized in this rankingthe bi-state area of Union City, Tennessee, with a population of just over 30,000, has earned the No. 1 ranking, with four hefty investment projects from Tyson Foods, Green Plains, Tokai Carbon (GE) and Jackson Purchase Distillery, two of them in Obion County on the Tennessee side, and two in Hickman in Fulton County on the Kentucky side.

“Our local team works hard to create an environment for jobs to be created to enhance our quality of life,” says Lindsay Frilling, CEO of the Obion County Joint Economic Development Corporation (JEDC), who was named vice president of the Tennessee Economic Development Council for 2021-2022. The Obion County Chamber in 2021 oversaw 14 ribbon cuttings, fielded visits from 90 industrial companies and, among other quality of life initiatives, continued to build up steam with its retirement recruitment program, which garnered 1,000 new leads.

“We have seen organic job growth within our existing businesses, such as Tyson Foods, Williams Sausage, Greenfield Products, Kohler and Excel Boats,” Frilling tells me in an email. “In addition to that, we have hired Retail Strategies to assist with national retail recruitment and Farmer Morgan to develop a master plan for Downtown Union City.  We hope to have a firm engaged in the next month to create a comprehensive strategic plan for Obion County. With the opening of I-69 in Union City by fall of 2023 and the expansion of business at the Port of Cates Landing, we are working every angle to be prepared for the influx of anticipated growth.”

Three segments of I-69 have been in development for more than 10 years in Tennessee and will connect Fulton County, Kentucky, to Memphis. “Upon the completion of the paving of the 6.5-mile passage in Union City, there will finally be a working portion of the Interstate serving rural West Tennessee,” noted a recent Obion County newsletter.