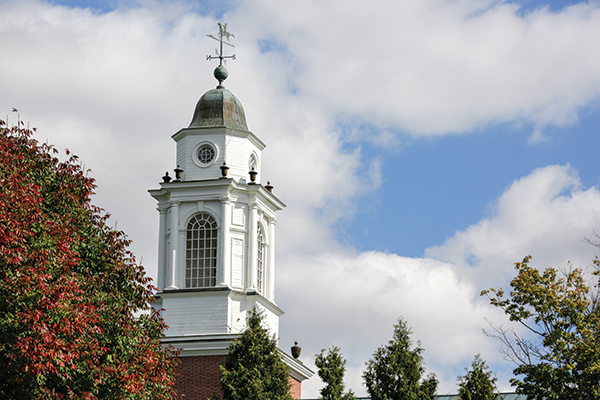 When bedding products maker Tempur Sealy International in 2020 committed to achieving carbon neutrality in its global operations by 2040, sourcing renewable energy for its U.S. and European manufacturing operations was a big part of that promise.

It’s proving to be a big part of siting new operations too.

In June 2021, the company announced it had chosen Crawfordsville, Indiana — located northwest of Indianapolis along I-74 — for its third domestic U.S. foam-pouring plant and fourth in the world. The 754,000-sq.-ft. facility will have the ability to expand to 1 million sq. ft. and double capacity, which would make it the company’s largest manufacturing facility. Tempur Sealy plans to hire 300 by 2025 to make bedding products and components.

“We selected this location based on the robust business climate fostered by the state and local government, the quality of life the city of Crawfordsville provides its citizens and the property’s access to major transportation routes,” said Tempur Sealy Chairman and CEO Scott Thompson. The site, which broke ground for construction in October, complements the company’s existing manufacturing footprint, including its biggest site (for now) in Albuquerque, where the company recently invested millions of dollars in a solar array.

In Crawfordsville, the solar arrays were ready and waiting, thanks to the proactive solar development program from Indiana Municipal Power Agency (IMPA). The Tempur Sealy site is adjacent to the 9-MW Crawfordsville 5 solar installation.

“This was a competitive project, as they all are,” says Indiana Municipal Power Agency Vice President of Member Services Bryan Brackemyre of Tempur Sealy’s six-month site selection process. Rail service also was a factor, among other criteria. “They are a significant power user, so low-cost power was important. Our rates, plus being adjacent to a solar park, were something that set us apart from others.”

Brackemyre says big companies of every stripe are truly prioritizing environmental, social and governance (ESG) goals as they grow. “Victoria [Ross-Frost, IMPA economic development specialist] and I are working with more and more of these Fortune 500 companies, and sustainable energy is so important to them,” he says. IMPA has constructed and commissioned 37 solar parks since 2014, with three more on the way by mid-2022, in such communities as Centerville, Anderson, Columbia City, Richmond, Argos, Spiceland, Gas City and Peru, Indiana.

“One in Richmond will have a sizable battery component,” Brackemyre says. “We hope to build up another 100 megawatts on our own. So that will give us 250 megawatts of solar. Within our portfolio we have PPAs [power purchase agreements from other non-IMPA solar facilities], but ours is unique because it’s tied into the distribution in the community. That’s part of our model as public power. Tempur Sealy knows that power is not going out on the grid.”

As often happens, the 200-acre parcel in question is at a juncture — not of cities or counties, but utility territories, with the other party an investor-owned utility. But all stakeholders were able to work it out so the public power option Crawfordsville Electric Light & Power (CEL&P) will deliver the juice served up by IMPA.

“Having Bryan and that team there is very, very helpful for us,” says Crawfordsville Mayor Todd Barton. With the combination of competitive rates, incentives and the timeline a local utility can offer for getting infrastructure into place, “it’s going to be much better than what they’re going to get with the investor-owned utilities every time.”

“They said we were the clear-cut winner,” Brackemyre says. “If they were to have any issue, the beauty of public power is it’s your neighbor you’ll be calling rather than a 1-800 number.”

Tempur Sealy and other companies know they’re arriving in a community that cares. CEL&P in 2020 was awarded the American Public Power Association’s Sue Kelly Community Service Award. Tempur Sealy demonstrated its own caring spirit by formally donating mattresses at the groundbreaking ceremony to Through The Gate, a non-profit serving at-risk women, and to the Crawfordsville Fire Department. Mayor Barton headed up that fire department for many years before first being elected in 2010. He knows a thing or two about wellness, having served as a paramedic for many of those years, and has been a key figure in reestablishing Crawfordsville’s national reputation as a center of paramedicine expertise.

“Crawfordsville was the pioneer for fire departments doing emergency medicine,” he says.

Economic development is, thankfully, not an emergency. But it does require readiness, resolve and decisiveness when the time comes for quick action. When the local airport needed investment, the city jumped in with new infrastructure — something the Tempur Sealy CEO liked when he flew in to visit. When that visit happened, says Barton, all indications were that the project was not coming to Crawfordsville.

“The site visit went so well it tipped things in our favor,” Barton says. “The CEO said for him, the thing about the site visit was that we were upfront about the challenges that we have,” including child care and a need for more housing. “We illustrated several cases where we had identified challenges and we had created locally driven solutions, and he liked that. We moved forward. That’s what he wanted to see.” Today, city stakeholders have assembled a child care coalition, and have already doubled the quality child care available.

Among incentives offered to Tempur Sealy, IMPA’s Economic Development Rider program provides a discount on the wholesale portion of their electric bill over a five-year period. Also sweetening the deal for Tempur Sealy was office space in the city-owned Fusion 54 coworking and accelerator building while their facility is being built. It’s the sort of perk that doesn’t cost a lot, Barton says, but sure does mean a lot to a team that otherwise might be “working in a little trailer out in a cornfield for a year or two.” Instead, they get blazing-fast wifi and a comfortable office downtown, with everything they need to be successful while they’re getting up and running.

“We always try to find some locally driven solutions,” the mayor says.

IMPA’s member communities all exist to do the same. It seems to help global companies sleep better at night.

This Investment Profile was prepared under the auspices of the Indiana Municipal Power Agency. For more information, contact Bryan Brackemyre at 317-575-3879 or by email at bryanb@impa.com. On the web, go to www.impa.com/economicdevelopment.