The Air Is Amazing in New Mexico 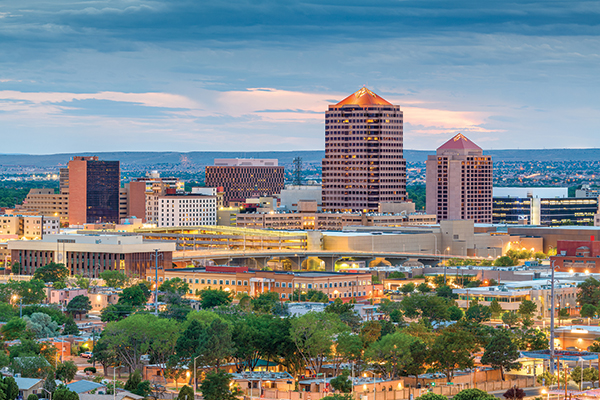 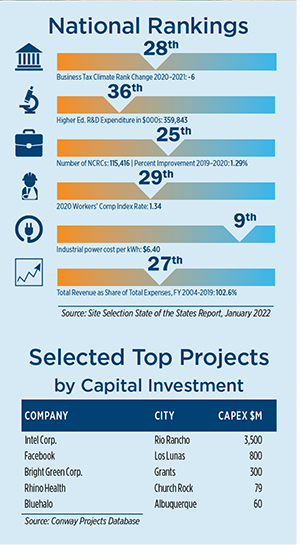 sk any photographer or pilot: In New Mexico there’s something about the quality of the air that makes for exquisite light and smooth navigation.

Pilots flying off to points unknown. Goods flying off shelves. Companies soaring to new heights. Wind flying into turbines. Whichever way you slice it, New Mexico is providing the lift a number of new operations need.

Among the freshest arrivals is Amazon, which in late February, confirmed a lease agreement and plans for a new 1-million-sq.-ft. fulfillment center in Los Lunas that will open in 2023. “We’re excited to open our customer fulfillment center in Los Lunas and to bring over 600 full-time jobs to the city,” said Amazon Manager of Economic Development Manager Sam Bailey, complimenting the village’s “great workforce.”

“This Amazon facility is a significant economic development opportunity for the Village of Los Lunas. Their investment into the community during the post-pandemic climate will be transformative, generating over 600 full-time jobs and a total economic impact of $300 million. Our ability to create more employment opportunities for our local families could not have come at a better time and we are beyond excited to have Amazon become another great community partner,” said Mayor Charles Griego of the Village of Los Lunas. 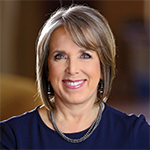 “Together, with the private sector and local governments, we are putting Roswell on the map for aviation repair and maintenance. This is how we grow jobs in rural areas, by investing in communities to build a more diversified and resilient economic future.”

Amazon says it has invested more than $200 million in the state of New Mexico, creating 3,500 full- and part-time jobs, as well as 1,000 indirect jobs. The company’s projects include sortation and fulfillment centers opening at the Upper Petroglyphs Industrial Park near I-40 in Albuquerque. It’s located in an area where Bernalillo County recently funded $6.5 million in infrastructure improvements expected to further potential future development of more than 1,200 acres of commercial property as part of the Upper Petroglyphs Development Plan, said the county when the project was announced in May 2020.

“Plans for this critical regional employment hub have been in the works for many years,” Bernalillo County Manager Julie Morgas Baca said then. Other large employers located in the vicinity include FedEx, Shamrock Farms and Tempur-Pedic. “The time is right for us to bring this plan to life,” she said. “This singular investment establishes Bernalillo County as the new center of job creation in the state.”

Together the two Amazon buildings that just opened there will create more than 1,500 jobs. But unlike other similar Amazon facilities that have received around $4 billion in total incentives since 2000 (according to Good Jobs First), Amazon did not request or receive any incentives for that project, said a report by news station KRQE in August 2021.

The e-commerce titan isn’t finished with New Mexico, not by a long shot. Yet another concurrent project from Amazon — in this case from Amazon Air’s cargo operations — is due for a landing anytime now at Albuquerque International Sunport. A 70-page ground lease and development agreement introduced to the Albuquerque City Council by the City of Albuquerque’s Aviation Department in October was approved in early November. 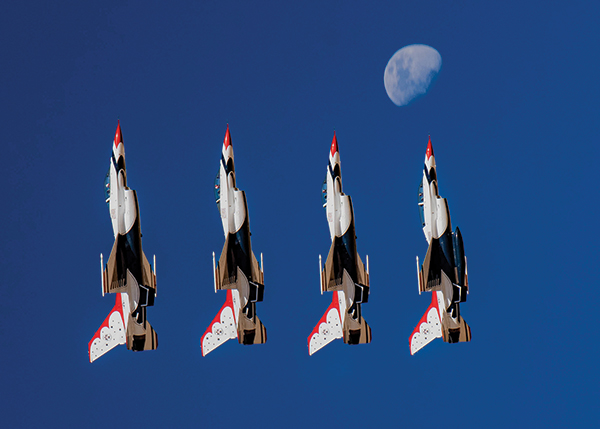 “This is just one of the major companies choosing Albuquerque as a premier location,” said Mayor Tim Keller. “They recognize that our efforts to support local businesses and our quality of life makes this the place to be. There are thousands of good jobs headed to our city, more than over the past decade combined. By creating an intermodal transportation hub at the Sunport, we can strengthen and boost our local economy.”

“This is the latest in a string of exciting wins for the Sunport, bringing new forms of economic development to our community,” said City of Albuquerque Director of Aviation Nyika Alle. “In addition, we take great pride in recently securing $6.6 million in FAA funding to extend the Sunport’s cargo apron, which is necessary for Amazon’s operations.”

Indeed it is. That apron expansion, which will cost $11.4 million overall, is an essential part of a lease agreement whose main component is the lease of five acres for a 31,000-sq.-ft. air cargo facility that will be paid for by Amazon. The 10-year lease has options for three additional five-year renewals, and is expected to garner $166,639 in new revenue for the Sunport Aviation Division’s books over the first three years — it breaks out to $0.25 per sq. ft.

The agreement includes provisions for payment for the use of approximately 2.6 acres of cargo apron to be constructed by the city. It even includes detailed language calling for 55,000 cubic yards of soil removed from the new air cargo apron area to be deposited in an “excess cut stockpile area” for Amazon’s use on its premises by mid-February. Another section stipulates that Amazon will have the right of first offer/refusal for any available land immediately adjacent to its premises.

The Amazon Air cargo facility is expected to be complete by August, after an August 1 target date for completion of the apron project, which will give Amazon Air preferential use of approximately 112,380 sq. ft. of the cargo apron.

The Amazon facility is not all that’s going on at Sunport. In January, city and Sunport officials announced a major renovation to upgrade the facility’s safety and security infrastructure and “reimagine” its amenities. The project will be phased, with construction beginning in January 2023, and is estimated to cost $85 million, they said. The project does not use Albuquerque general fund dollars, but is funded with revenue generated by the city Department of Aviation and federal funds.

All of those upgrades will surely please new Sunport tenant ADACEN, a data center operator and developer that announced in October 2021 it was relocating its headquarters from Silver Spring, Maryland, to expand development and testing of new technologies designed to make the growing data center industry more eco-efficient.

“In addition to data storage for both government and commercial clients, ADACEN will use its Albuquerque headquarters, located at the Sunport, as a test and evaluation site for new technologies that emphasize the use of renewable energies and computer cooling techniques designed to vastly reduce the amount of water required to operate a typical data center,” said the city. “It expects to employ approximately 20 employees in the Albuquerque area within its first year of operation. As the company grows over the next several years, that number could rise to around 100.”

“As we looked around the country for a place to relocate and expand our development and testing, Albuquerque quickly emerged as the leading contender,” said retired U.S. Marine Corps Lt. Gen. Jon M. Davis, chairman of the ADACEN Board. “In addition to the city being an attractive place for tech and renewable energy, the facility at the Sunport is ideal for the type of work we will be doing.”

Airport-based economic development in New Mexico is happening in places well beyond Sunport. In February, New Mexico Governor Michelle Lujan Grisham welcomed executives from Arizona-based Ascent Aviation as they broke ground on a new hub for airline maintenance and repair at Roswell Air Center. First approved just after the governor took office in January 2019, the project now gets to move forward thanks to $4 million of economic assistance from the State of New Mexico’s Local Economic Development Act (LEDA) job-creation fund.

Expecting to open the site by the end of 2022, Ascent plans to hire 360 employees in Roswell with an average salary of over $60,000. “Chaves County has committed an additional $3 million in utility and infrastructure improvements and Ascent plans to invest $20 million into the New Mexico location,” said the state. “The project is expected to have a statewide economic impact of $545 million over 10 years.”

A former strategic bomber base for the U.S. Air Force that closed in 1967, the Roswell Air Center is already used by airlines and leasing companies for storage of unused jets and private planes, the state explained. The facility has a 13,000-foot-long runway and is suitable for larger, heavier wide-body planes. The 500 planes parked in Roswell frequently need maintenance, paint, or repairs and often have to be flown elsewhere for those services.

“Impactful projects like these are exactly what the state should be investing in,” Gov. Lujan Grisham said. “Together, with the private sector and local governments, we are putting Roswell on the map for aviation repair and maintenance. This is how we grow jobs in rural areas, by investing in communities to build a more diversified and resilient economic future.”

“The commitment from the community to the Air Center goes back decades,” said Economic Development Department Cabinet Secretary Alicia J. Keyes. “Roswell and Chaves County have long recognized this facility as an asset, a gem really, with the potential to attract new businesses and create jobs with some partnerships, some commitments, and some investment.”

From Kibble to Cable

The wind and sunlight flying through the western air are carrying in their share of New Mexico investment too.

The plant will eventually expand to produce wind towers. “The company chose New Mexico over Texas because of the collaborative business climate, incentives, and the proximity to the fast-growing wind and solar installations in the Western United States,” said the state, which is pledging $2 million from is Local Economic Development Act (LEDA) job-creation fund to assist WTEC with land, building, and infrastructure improvements at the site, which closed in 2014 and has been under-utilized since.

“When WTEC started looking for a new location we wanted to be in the West, closer to our customers and key raw material vendors,” said WTEC CEO Brian Singh, whose company operates at other locations in New Jersey, Texas, Arizona, Florida, and Monterrey, Mexico. “When evaluating the pros and cons of Texas versus New Mexico, the incentives offered by New Mexico and our close relationship with the Economic Development Department and MVEDA [Mesilla Valley Economic Alliance] tipped the scale.

“We see a lot of growth in the wind and solar sectors,” Singh said, “and this positions us well to grow our manufacturing capacity and improve our competitive position in the market.” 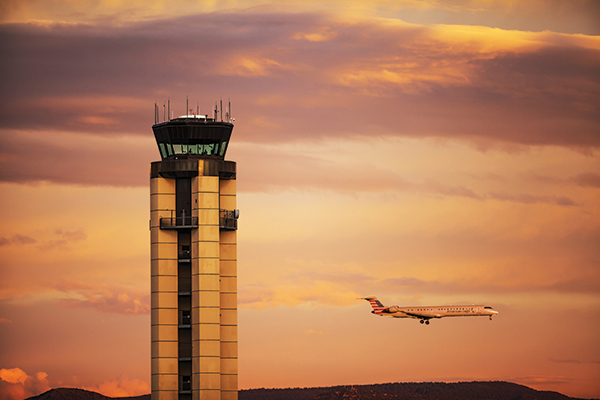 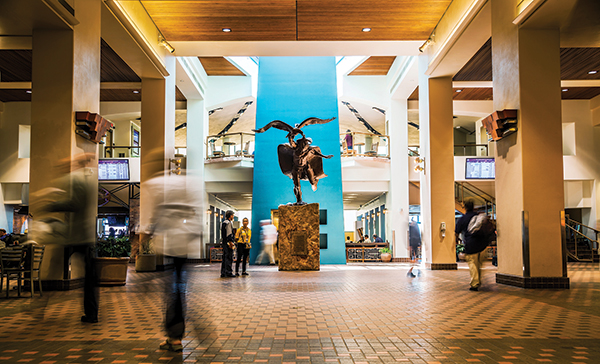