Redevelopment projects backed by infrastructure investment are everywhere you look in Illinois. 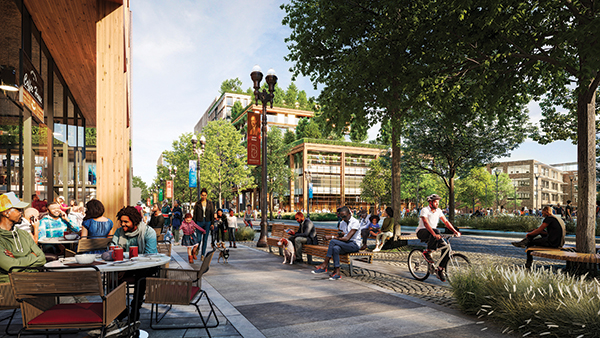 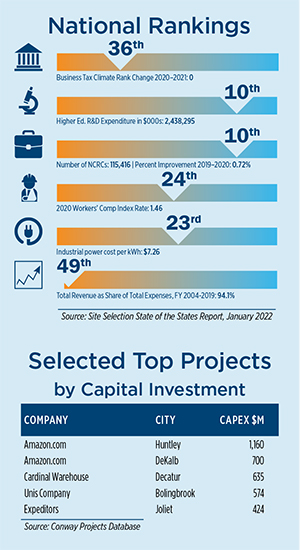 Last year I learned about a $3.8 billion redevelopment project called Bronzeville Lakefront, after the Chicago City Council in summer 2021 approved the multi-phased redevelopment of the former Michael Reese Hospital site on the city’s South Side. The hospital closed in 2008.

Central to the vision for the 100-acre development are a new Metra station, parkland, senior housing and a medical research and innovation hub called Chicago ARC that is anchored by Israel-based Sheba Medical Center. “The Sheba ARC (Accelerate, Redesign, Collaborate) model will be adopted in Chicago to promote collaborations with Illinois’ abundant trove of research institutions, biotechnology companies and healthcare start-ups, thus accelerating advances toward health equity,” Sheba announced last year, noting the success of its original ARC in Israel in helping the nation battle COVID-19. 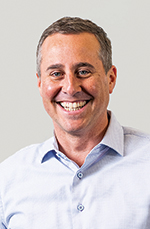 The initial focus for company attraction at the Chicago ARC will be promising Israeli startups looking for a landing pad and collaboration in the U.S. A 2020 release noted that the center will “develop life-science capabilities for telemedicine, precision medicine and digital innovations around big data, artificial intelligence, virtual reality, rehabilitation and surgical innovation.”

A life sciences building that broke ground in October is also among the first facilities to rise in the $6 billion Lincoln Yards redevelopment project being led by Sterling Bay at a 55-acre parcel in a former industrial corridor in the city.

All told, the GRIT team expects the overall project to generate $3.5 billion in direct economic impact and create 31,000 full-time positions and 45,000 direct and indirect construction jobs. “Indirect economic impact will total $4.7 billion, and tax revenues are anticipated to top $1.5 billion over the next 20 years,” the team said.

In February, I checked in with Eric Helfand, founding partner of Farpoint Development, about the progress of this watershed project.

“We’re continuing to work with the city on the design and pricing out the design, to ensure the scope, schedule and budget meets expectations and falls in line with the $60 million commitment from the city,” he says, with the team refocusing on grid work and park elements. “We’re targeting Q2 to have that buttoned up and see us mobilizing. That’s a big first step with these major redevelopments — it always starts with district-wide infrastructure, traffic and mobility. Right now we’re targeting the second half of 2022 to get out of the ground on the vertical.”

Asked how federal infrastructure funds from the recently signed Infrastructure Investment and Jobs Act may help his team’s project and the rest of the state, Helfand says, “As a forward-thinking district, federal infrastructure dollars would be instrumental in advancing our next-generation sustainability and regeneration plans for the site as well as the development of a Metra station on 31st street. Across the state these dollars stand to catalyze much needed infrastructure improvements. When Illinoisans are able to efficiently commute throughout the state, access to career opportunities increases,” he says, noting that broadband access and technology investments help.

Housing is a good starting point too. Bronzeville Lakefront is in a federal Opportunity Zone. In December, JTC Americas (formerly NES Financial) announced it had entered into an agreement to provide fund administration services for Eagle OZ Fund II, which will provide capital for a multifamily land development project in the Bronzeville area adjacent to the Bronzeville Lakefront project and just north of the new Obama Presidential Center, which started construction last summer.

“The proposed $20 million raise will fund the development of 198 multi-family rental units and will contribute to the $10 billion of revitalization happening in the neighborhood,” JTC Americas announced.

The OZ where Bronzeville is located is one of a number of Opportunity Zones making a play for generational change in the state. Another is in the majority-Black rural community of Cairo at the state’s southernmost tip, where a thriving port on the Mississippi River once operated. The administration of Governor JB Pritzker in 2020 committed $40 million investment in that port’s redevelopment. A $14.7 million investment by the state announced in August 2020 will fund 10 major infrastructure projects in OZs located in other underserved communities across the state, including Granite City, Dixon, Freeport, Centralia and Rockford.

That spirit of renewal and regeneration in all parts of the state is at the heart of Gov. JB Pritzker’s $33.2 billion Rebuild Illinois program. In January, he and Illinois Department of Transportation officials announced that almost $111.4 million has been awarded to transit providers downstate as part of the program, and another $108.3 million is on the way to public ports in Granite City, Chicago and Quincy. The two announcements, combined with earlier commitments to Cairo, downstate transit and MetroLink service to MidAmerica Airport, contribute to a combined $601 million commitment to ports and downstate transit overall.

“When the General Assembly and I crafted the most robust infrastructure plan in Illinois history, our vision wasn’t limited to simply updating highways, rails, and bridges,” Pritzker said in January. “We saw an opportunity to connect jobs and economic development to communities across the state through every mode of transportation.”

Among other redevelopment highlights around the state:

The Springfield Sangamon Growth Alliance (SSGA), not one to sit on its laurels with the largest solar development in the state (Double Black Diamond Solar) or its new SCHEELS Sports Park, is actively partnering with NextSite “with the goal of turning empty buildings back into thriving businesses,” says the SSGA, including pursuit of redevelopment opportunities for the Pillsbury Mills site.

The Village of Arlington Heights has welcomed the move of 900 United Airlines employees into a building that has received substantial renovation over the past three years. The influx of United employees could bring as much as $3.8 million annually to the local economy.

ComEd and Skybox Datacenters in January announced completion of a 189,000-sq.-ft. data center in Elk Grove Village after six months of construction to refrofit an existing distribution and logistics building with structural improvements, redundant 34kV lines and a two-tiered service plan. The project is a joint venture between logistics real estate developer Prologis and Skybox. It was helped by new state data center incentives as well as the 2021 installation of a new five-acre substation by ComEd. It’s part of the utility’s plan to provide more power capacity to support future growth of data centers in the region that encompasses Elk Grove’s Tech Park and the Western O’Hare industrial corridor.

Time for a Refresh 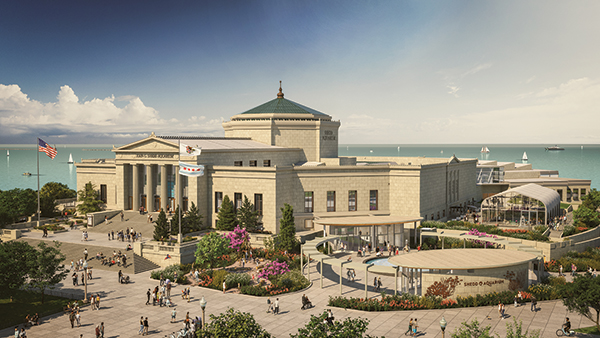 Improvements coming to Chicago’s Shedd Aquarium include better entryways and a four-season pavilion with views of the lake and the city skyline. 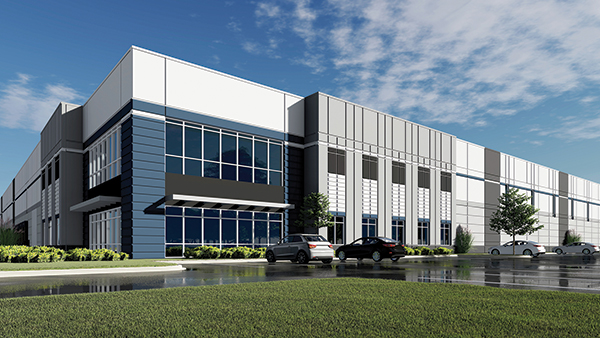 Eaton Corp. in February signed a lease at a spec industrial development in Woodridge, Illinois, that Duke Realty developed at the site of a vacant movie theater.
Image courtesy of Duke Realty