The Teeth of the Matter

Offshore wind is the test case for a promising model of economic development. 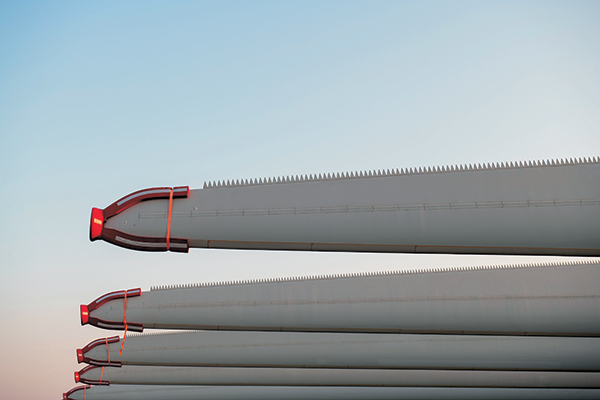 If this is a race and the prize is a commanding stake in the East Coast wind energy boom, then Hampton Roads has taken the lead coming out of the opening turn. The Port of Virginia’s Portsmouth Marine Terminal (PMT), having re-positioned itself for the offshore wind boom, is locked in now as onshore “hub” to the nation’s biggest offshore wind project, Dominion Energy’s 2.6-GW, $7.8 billion Coastal Virginia Offshore Wind (CVOW) project, scheduled for completion in 2026.

PMT, as of October 2021, is fully leased. An 82-acre, 10-year, $44 million agreement with Spain’s Siemens Gamesa, a top blade maker, followed the deal in August for Dominion to lease 72 acres at the port for staging and pre-assembly. Sweden’s Ørsted, another industry player, held a much smaller lease already.

“This makes PMT an offshore wind hub,” says Stephen Edwards, CEO and executive director of Virginia Port Authority. “You’ll have ships coming in with these huge components and then taking them out to the Dominion project once they’ve been finished at PMT. PMT,” Edwards affirms, “will cover the whole kit and caboodle.”

From what is essentially a standing start, the Biden administration hopes to see 10 million American homes powered by offshore wind by 2030. If the federal government has a say over which East Coast port or ports might best serve as the massive buildout’s primary hubs, consider that the Energy Department is anteing up $20 million to upgrade PMT for offshore wind operations.

The federally funded project is to include the construction of three wharf areas, infrastructure hardening, electrical upgrades and other improvements. In its successful application for the grant, the Port of Virginia submitted that “$223.2 million in benefits are realized by using PMT as a staging port,” for offshore wind.

PMT was recognized in a 2021 report commissioned by the North Carolina Department of Commerce as one of three top ports on the East Coast with the potential to support offshore wind. One of the other two is but a swim away.

“Portsmouth Marine is all taken,” says veteran developer Jerry Miller. “Norfolk Southern’s got the other one.”

“The shipbuilding industry is still the main industry on the waterfront here until offshore wind really takes off,” Miller tells Site Selection. “And that’s why it’s such a nice marriage of the two. It’s just a question of resources and trying to balance that between the needs of shipbuilding and offshore wind, and hopefully they can be symbiotic here and not competitive. There’ll be some competition,” Miller anticipates, “but one should make the other stronger in my mind.”

The Lambert’s Point project has taught the veteran dockhand Miller much about the complexities of the offshore wind industry, a sector that includes more than 600 job titles. Who knew, for example, that there’s a team that installs a “bubble curtain” around drilling areas to protect the aural sensibilities of whales?

Long after Dominion’s CVOW goes online — not to mention the ambitious Avangrid wind project off Kitty Hawk, North Carolina — those billions of dollars’ worth of offshore wind assets will need to be tended to on a massive scale. Other offshore farms will materialize. Which is to say that this is not an industry that’s likely to pitch its tent and then bolt. Once they’re dug in, those big wind machines aren’t going anywhere.

In Search of the “Blue Green” Model

Around Hampton Roads, offshore wind is the paradigm for a far-flung regional project to engage the dominant maritime, or “blue” economy, with the surging potential of the nascent “green” revolution. “Where the blue economy meets the green economy,” does sound like a great idea. But what does it mean in practice? And could Hampton Roads be the model for that, too? 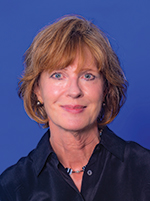 “We realize that we have this amazing array of assets.”
— Nancy Grden, Executive Director, Hampton Roads Maritime Collaborative for Growth

Virginia Offshore Wind Landing, a blossoming community in downtown Norfolk, offers entrepreneurs an entry point into the offshore wind industry. Partners include Virginia Energy, Old Dominion University’s OpenSeas Technology Innovation Hub and the Hampton Roads Alliance. Since its launch less than a year ago, Virginia Offshore Wind Landing has not only hosted some 20 companies, but also has established itself as a hive of potential insiders.

“It’s become a place,” says Doug Smith, president & CEO of the Hampton Roads Alliance, “where if somebody is going to have an important conversation about offshore wind in the region, they end up there.”

Established shortly before the onset of the pandemic, the institutionally funded Hampton Roads Maritime Collaborative for Growth (HRMC) is among the most visible of a slew of regional partnerships devoted to promoting blue/green synergy.

“We’re talking a lot about this,” says HRMC executive director Nancy Grden, “because it does bring together the fact that we have these water-related assets. And we’re also committed to resilience and reducing our carbon footprint. So, as a region, maybe we have the opportunity to bring those together.”

The Navy. Offshore wind. Resilience against a rising sea. These, believes Grden — also executive director at the Strome Entrepreneurial Center at Old Dominion University — are the pillars of that economy.

“Resilience is absolutely one of our verticals,” Grden says. “It’s not just building more walls and installing more sensors, but looking at innovation. Resilience can benefit from data analytics, advanced systems, cybersecurity and so on. It’s all part of taking a look at this in a big, major way.

“This region,” Grden believes, “is unlike any other. We recognize that we really have this amazing array of assets and opportunities to promote growth, but also to focus on innovation. Very often,” she believes, “these industries are thought of as gray, not very exciting. But there’s quite a lot of room to maneuver. A lot of room for innovation.”