The Winds of Change Have Arrived 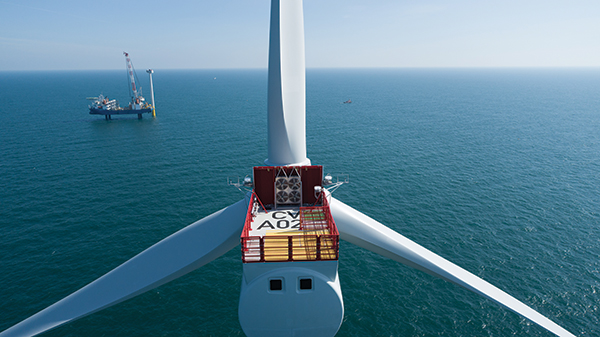 There’s a story, perhaps apocryphal, about the mayor of a good-sized city with certain cultural aspirations.

“I will do everything in my power to bring to our fair city a world class symphony,” this mayor is said to have harumphed. “Just don’t make me go.”

It’s a similar thing with regionalism. It may sound great in theory, but joining forces across jurisdictional lines to promote economic development often gets little more than lip service. Or it’s done with the various entities holding their noses.

Not so in Hampton Roads, Virginia. In Hampton Roads — with 1.8 million residents, the largest metro between Atlanta and Washington, D.C. — regionalism is written into the DNA. It’s an article of faith.

“One city can’t do it all by itself,” says Doug Smith, president and CEO of the Hampton Roads Alliance, the economic development authority that covers Virginia Beach, Norfolk, Chesapeake, Hampton, Newport News and nine other related localities. “We’ve got example after example of really strong collaboration. It’s what we live by, and it’s something companies that are looking at your area expect to see. Just look at the $5 billion transportation package under construction right now, arguably the largest in the nation. We taxed ourselves and are building it ourselves.”

Other such examples abound, many of them tied to the budding marriage of the region’s “blue” (maritime) and “green” (sustainable) economies. Highlighted by the successful, region-wide effort to establish Hampton Roads as an offshore supply hub for the exploding wind power industry, they include the Hampton Roads Maritime Collaborative for Growth (HRMC), Old Dominion University’s Maritime Initiative and the Virginia Offshore Wind Landing, a point of entry for entrepreneurs into the offshore wind business.

Spreading out from that circle and powered by a truly singular workforce abetted by world-class education networks lies the potential to grow in directions that include data analytics, cybersecurity, unmanned systems and advanced healthcare. Regional collaboration, again, lies at the root of efforts to link sections of Hampton Roads to a high-speed fiber ring to enhance the region’s attractiveness to tech-heavy enterprises.

“The traditional blue economy is morphing,” says Smith. “We’re figuring out where the blue economy meets the green economy. And we think we can be that place. We are a maritime industrial base. That’s who we are, and diversifying our economy is built around that.”