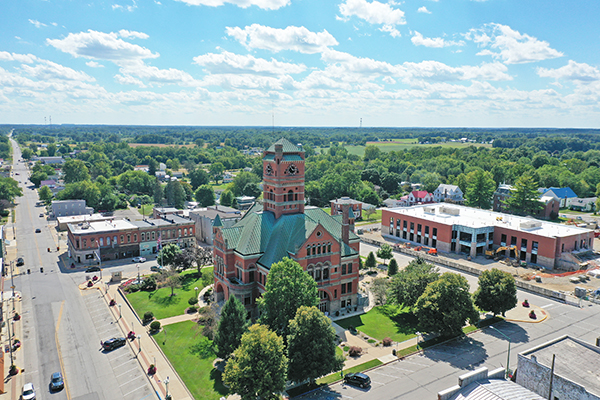 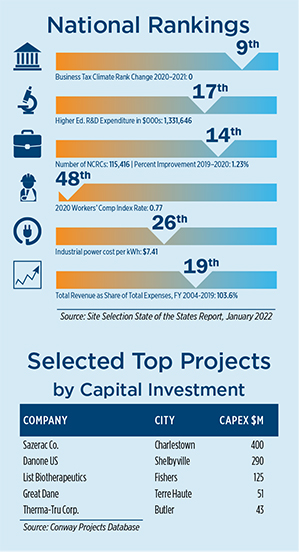 Is it possible for a state to be too humble for its own good?

While that is debatable, there can be no argument that when it comes to economic development performance, Indiana is both a regional and national leader.

Let’s look at the metrics before considering the humility question.

Gov. Eric J. Holcomb recently announced that Indiana had achieved its fifth consecutive record-breaking year of economic development performance. The scorecard for 2021 reads like this: $8.7 billion in capital investment from nearly 300 companies, marking an investment increase of 56% from 2020, with the new jobs created by these investments averaging $28.49 an hour.

Both the total capital investment and the average wage number are the highest ever recorded since the Indiana Economic Development Corp. (IEDC) was founded in 2015.

But that’s not all. When you rank Indiana’s performance against the other 49 states, a revealing story is told. In Site Selection’s annual Governor’s Cup rankings, Indiana placed ninth this year in total projects and eighth in projects per capita. Last year, Indiana ranked sixth and fifth, respectively. In fact, over the last decade, the Hoosier State has consistently ranked as a top 10 performer in landing corporate facility investment projects in the nation. 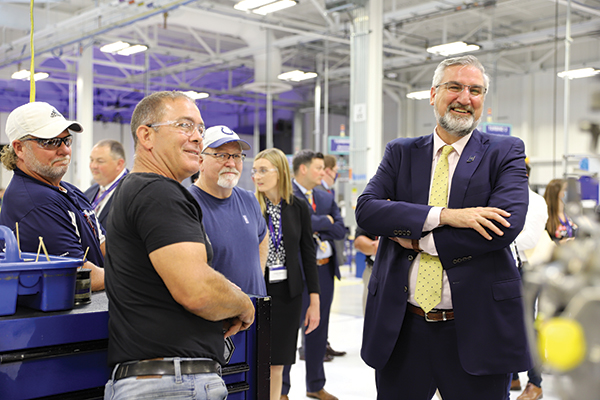 Gov. Eric Holcomb meets with workers at the Rolls-Royce plant in Indianapolis.

How does Indiana do this? For that answer, we turned to the experts. Ann Lathrop, executive vice president of global investments for IEDC, says that it boils down to two things: talent and investment. On the talent front, Indiana continues to set the pace for the Midwest.

“Indiana has a dynamic workforce that is growing in size and skill,” Lathrop says. “Our population size increased in 2021, while every state touching us decreased in population size. We’re investing in our talent pool, providing new resources for employers and job seekers alike, while providing great quality-of-life opportunities.”

Indiana does this by offering 188 post-secondary academic institutions, including some of the most prestigious in the country. Among them are Purdue, Indiana and Notre Dame.

Talent attraction and workforce development are also coordinated in Indiana across multiple government agencies and jurisdictions, says Lathrop. “Here in Indiana, industry, academia, government and community partners are working together, collaboratively — across borders and party lines — to accomplish shared goals,” she says. “Across the state, traditional sectors like agriculture, manufacturing and logistics collide with new ideas, smart technologies and automation to deliver new solutions and efficiencies. We’re embracing high-tech, high-growth industries and technologies, and leading advancements in areas like energy, hyper-sonics, microelectronics, ag-biosciences, pharmaceuticals, sports and the future of mobility.”

In fact, these talent investments are a big reason why Indiana recently won two of the most significant investment projects in recent history: Doral Group and Stellantis. In 2021, Israeli energy firm Doral Group broke ground on Mammoth Solar on 13,000 acres in Starke and Pulaski counties. The $1.5 billion investment will produce 1.3 gigawatts of energy and will be the largest solar farm in the country.

On Oct. 7, 2021, Stellantis, formerly known as Fiat Chrysler Automobiles, announced a $229 million investment to build electrified 8-speed transmissions at three plants in Kokomo. Separately, Toyota announced it would spend $800 million to retool its Princeton plant and create 1,400 new jobs to manufacture electric vehicles there by the end of 2023.

The four main improvements, she said, were these:

What Is the Indiana Brand?

I asked Lathrop this question, and here is what she said:

“During his 2022 State of the State address, Gov. Eric Holcomb said, ‘When it comes to our strong economy, we’ve earned it. Sound fiscal management over time has become our state’s reputation,’ highlighting Indiana’s economic growth and current budget surplus. This identity is verified through a AAA credit rating, low cost of living, low unemployment and balanced state budgets since 2005. Including external engagement as part of [our] strategy echoes the need to ensure we are telling Indiana’s story on a global stage as well as to our neighbors here in the Midwest.”

She adds that “we want to be bold and innovative while embracing our Midwestern values that include integrity, community, thoughtful decision-making, and equality and inclusion. Indiana is building the economy we want rather than accepting an economy by default.”

When I asked longtime branding expert Ed Burghard the same question, he offered a different take. Burghard is the former chief marketing officer of Procter & Gamble and former head of the Ohio Business Development Coalition. He recently authored a book titled “Building Brands: What Really Matters.”

On Indiana, he said, “The state branding is virtually non-existent. This is the statement on the Indiana Economic Development Corp. website landing page: ‘Indiana is the right place, with the right people, and the right setting to push your business forward.’ You could replace Indiana with any other state name. The promise is generic. My guess is the people living in Indiana are doing so by choice. That means they are deriving a meaningful benefit from that choice. The state needs to uncover what that benefit is for the majority.” 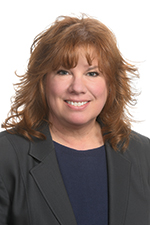 “One major takeaway is there is momentum here,” he says. “People are emboldened by the success of the last few years and believe they can compete globally. Hoosiers are humble, but they also have pride in what they achieve. That makes you want to do more, take more risks, be bold and make more investments.”

How does that affect branding? “The bottom-line message is that the state, under the leadership of the governor and the commerce secretary, must position itself for the next economy,” he says. “To use a hockey analogy, we have to focus on where the puck is going and capitalize on those market opportunities and tell our story the right way.”

Humble pie, in other words, may have to wait.