Huntington Ingalls expands in Hampton Roads on a pioneering mission for the Navy. 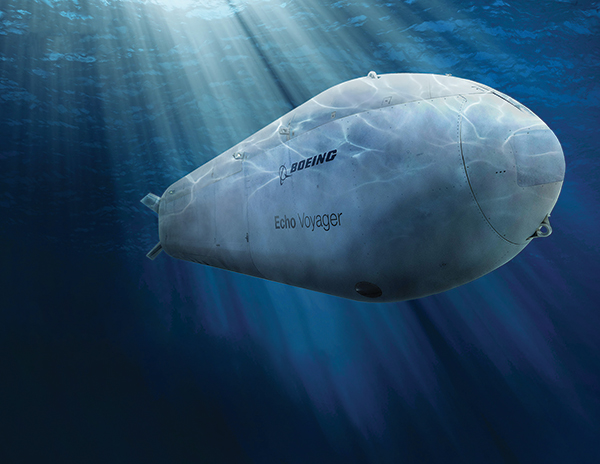 Inside a cavernous, high-tech factory in Hampton, Virginia, a new generation of warship is being imagined, created and readied for deployment by a unit of Huntington Ingalls Industries (HII), the nation’s largest military shipbuilding company. With operations across the U.S. and in a dozen other countries, HII has its headquarters in Newport News, neighboring Naval Station Norfolk, the world’s largest naval base. It amounts to a whole lot of metal, topped off by layers of tech, and muscled into shape by a local legion of military-minded brainiacs.

HII has an outsized impact on the community that surrounds it, pumping some $2 billion annually into the Virginia economy, most of that in and around Hampton Roads. Huntington Ingalls, a 2011 spinoff of Northrop Grumman, is Virginia’s largest private employer, with more than 26,000 Virginians among its 42,000 worldwide workers.

Up and running since late 2021, the company’s 155,000-sq.-ft. Unmanned Systems Center of Excellence is at work on two publicly announced projects perched at the cutting edge of the mission to develop a new fleet of unmanned underwater vehicles (UUVs). Those projects are just the beginning.

HII’s Bill Ermatinger, executive vice president and chief human resources officer, spoke with Site Selection in mid-February about the company’s wide-ranging pursuits and the knowledge workforce that makes them all happen in Hampton Roads.

The market for unmanned underwater vehicles is still in its infancy. How do you see it evolving?

Bill Ermatinger: What you’re really doing is you’re asking, ‘What does the future Navy look like? How many of these unmanned systems are going to be required?’ And not only for the U.S. Navy. You’ve got to look at the navies of Japan, Australia, Belgium, Netherlands, the United Kingdom, even the Republic of Korea and Canada. It’s a matter of expense. Not every country can afford a $12 billion aircraft carrier, or even a submarine. But a UUV, they can. And so it has the potential to rival one day the output of what we’re currently doing. 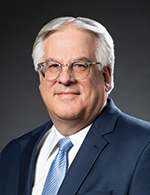 What’s the idea behind HII’s new Unmanned Systems Center of Excellence in Hampton? How does it respond to this particular moment?

Ermatinger: We now have the ability to make small UUVs, medium UUVs, larger UUVs and extra-large UUVs. The smallest is maybe the size of a torpedo and the largest about a quarter of a submarine, so pretty big. We cover the entire spectrum — design, development, integration to the fleet, operation and maintenance. So, then the question is, where are we going to build them?

And you chose Hampton Roads.

Ermatinger: We had a very competitive process, and that’s where it ended up. Your next question is ‘Why?’ Workforce development was our primary reason we chose where we did. Hampton Roads and Virginia overall have the unique ability of creating workforces.

They do. We see it because we live here. It’s head and shoulders above. Very important is the fact that Hampton Roads has a large group of veteran retirees, and we want to tap into that. There’s just a wealth of highly skilled employees, and we would love to leverage that.

Could you be more specific about Virginia’s ability to create workforces?

How many workers are on the job now at the new facility?

Ermatinger: If you walked in, it could support about 400 to 500 people. Right now, we have about 50. Like I said, we just opened it. But even the site itself can be expanded on a piece on land that Hampton donated. There’s capacity for us to grow.

HII’s workforce development model is one that other companies might want to try to replicate.

Ermatinger: We are really not a shipbuilding company. We’re a workforce development company that just happens to make ships. We spend $100 million a year on training. Our apprentice school here in Virginia was founded in 1910. It offers 19 trades and eight advanced degrees. It is an accredited college with basketball and football teams. We graduate about 500 people a year. While they’re here, we pay them $40,000 a year. That’s with no debt and no obligation to stay here after you’re done. It’s such a great example that we testify about it before Congress about once a year.

How does regional collaboration throughout Hampton Roads play into workforce development?

Ermatinger: Statewide, Virginia just really has a leg up on a lot of other states. A lot of other states are trying to catch up. But here in Hampton Roads, we have all the school superintendents engaged in workforce, starting with pre-K. We have Tidewater Community College, Nelson Community College, Old Dominion University, William & Mary, Christopher Newport University, Norfolk State, Hampton University. We have the local chambers of commerce and the state chamber. All the local workforce development partnership groups, they’ve got a seat at the table. So, when you get everybody at the table like that, it becomes a problem that is a lot easier to solve.