A $1 billion blockbuster from Eli Lilly and Co. headlines a regional biosciences economy on the rise. 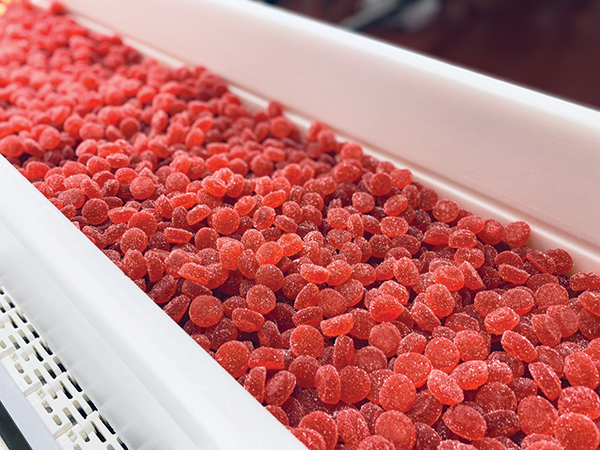 BestCo in February announced a $177 million, 394-job expansion project at its plant in Mooresville in Iredell County, which makes tablets, capsules, gummies and other pharmaceutical and nutraceutical dosage forms.
Photo courtesy of BestCo
by Adam Bruns
L

ast summer when aluminum can and packaging giant Ball Corp. announced it would create 220 new jobs in Cabarrus County and invest $383.8 million to join Red Bull and Rauch’s beverage manufacturing hub in Concord on part of the former Philip Morris site, John Geib, the veteran director of economic development for Duke Energy Carolinas, saluted the property owners for resisting the urge to try and get the zoning changed from industrial to residential. Then he told me, “There’s still enough property to put another big project on that site.”

That was the day Indianapolis-based Eli Lilly and Co., which is investing $470 million in a project in Research Triangle Park announced in 2020, revealed plans to invest more than $1 billion and create nearly 600 new jobs at a parenteral (injectable) product and device manufacturing site on that property, which is now called The Grounds at Concord.

The company said it selected Concord “because of the manufacturing technology experience of the local labor force; its proximity to universities with strong science, technology, engineering and math (STEM) programs; and its access to major transportation infrastructure.” Average pay at the new plant will be $77,000. Incentives offered and expected to be approved include $24.5 million from Concord, $37.7 million from Cabarrus County and $13.3 million from the state.

Over the last five years, Lilly has invested over $4 billion in global manufacturing, including more than $2 billion in the U.S., and anticipates additional future investments in manufacturing to address growth expected from potential new medicines to treat diabetes, Alzheimer›s disease, cancer and autoimmune conditions.

Whether those investments or others in the life sciences come to the Charlotte region, they’ll find an area more than ready to join its friendly RTP rivals just up the road. The metro area boasts more than 125 life sciences companies, twice the national average in biological product manufacturing and a 70% increase in employment in the sector since 2010.

Cabarrus EDC is the lead economic development organization for Cabarrus County, Concord, Harrisburg, Kannapolis (home to the North Carolina Research Campus), Midland and Mount Pleasant. In the last five years, the EDC has announced over $2.3 billion in new tax investment and almost 4,000 new jobs. Even as Rauch, Ball and Red Bull anticipate their beverage hub construction to begin this year, other investors have included China’s Golden Home (furniture) and Carvana. And there are still 600 acres to spare for further development at The Grounds at Concord.

I asked Cabarrus EDC Executive Director Page Castrodale what it’s like to catch hold of a whirlwind.

“The last year has been such a fun ride in Cabarrus County,” she says. “Last summer, we celebrated the largest economic development project in the history of the county with the Red Bull, Rauch and Ball announcement. Right on the heels of that, we started working the Eli Lilly project. It was honestly kind of surreal.”

She says it’s a testament to community resilience.

“In the early 2000s, we had two enormous losses with the closing of Cannon Mills and then Philip Morris,” she says. “We lost over 6,000 jobs in just a few years. But we have come back so strong, and it’s because of how hard our community leaders and partners have worked to turn that around. We have invested in workforce and infrastructure and education, all so that we could be positioned to recruit companies like Eli Lilly. The impact of that win and all of the others is incredibly significant. It’s a privilege to be a part of it all.”

The More, the Healthier

More organizations are getting in on the action. BestCo in February announced a $177 million, 394-job expansion project at its plant in Mooresville in Iredell County, which makes tablets, capsules, gummies and other pharmaceutical and nutraceutical dosage forms. Average wages will be $51,000, higher than the average wage of $48,308 associated with 141 new jobs created as part of a $47.5 million expansion announced in 2019. The company, which started as a candy maker in New Jersey, first moved to the area in 1988. 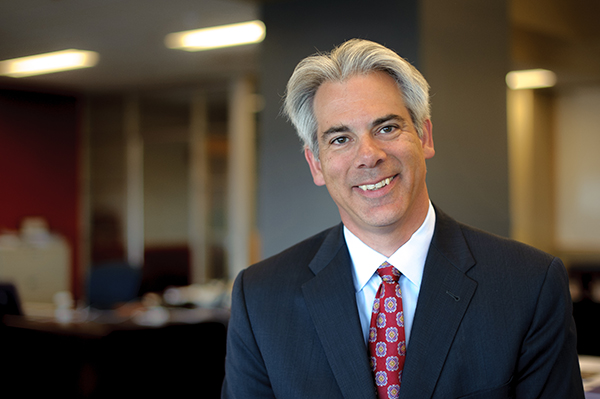 Animal and human nutritional supplement company Nutramax Laboratories is expanding its home base in Lancaster, South Carolina (part of the Charlotte region) with 110,000 sq. ft. of manufacturing and warehouse space and another 50,000 sq. ft. of corporate space as the company has grown to more than 700 globally since moving from Maryland in 2010.

“We have been blessed with so many talented employees over the years,” said Nutramax Founder Dr. Robert Henderson. “As we continue to grow, we continue to find great people and we know that we couldn’t have come to a better location.”

From another dimension of life sciences and health care, drone operator Zipline, which operates a distribution center in Kannapolis, early this year announced that, pending FAA approval, it plans to work with Magellan Health to deliver prescription medicines to patients’ homes.

A Platform for Partnership

In Charlotte proper, multiple parties are making overlapping investments in the new Med School Innovation District recently renamed The Pearl (thepearlclt.com), where Atrium Health Wake Forest Baptist is locating new Wake Forest School of Medicine campus. Wexford Science and Technology, developer of innovation districts across the country (including Winston-Salem’s) will develop The Pearl too. Atrium and Wake Forest Baptist merged in 2020 and unveiled their new brand in August 2021.

Over the next 15 years, the mixed-use innovation district called The Pearl is projected to create more than 5,500 onsite jobs and more than 11,500 jobs in the Charlotte region.

“The Pearl innovation district will be constructed in an area of Charlotte formerly known as Brooklyn which, for years, was ‘a city within a city’ where thriving African American businesses, faith communities and families lived, worked and played,” Atrium says. “Brooklyn was also nestled near Good Samaritan Hospital [‘Good Sam’] in Charlotte’s Third Ward — an African American hospital with roots to Atrium Health that was comprised of hundreds of doctors, nurses and health care workers who took great pride in caring for their community. In the 1950s and ’60s, urban renewal overtook this area and approximately 1,000 families were displaced and more than 200 businesses and 12 churches were destroyed.”

“Many might say this area of town and its rich history have been largely overlooked,” said Eugene A. Woods, president and CEO of Atrium Health. “But we’re here now to begin a new chapter to this story and honor this special place as we empower the neighborhoods around it, which are shaped by diverse people and perspectives, rooted in inclusivity and belonging, and filled with endless potential.”

That sort of strategy is in keeping with Charlotte Mayor Vi Lyles’ Racial Equity Initiative, as more than $200 million in public and private funds is being raised to address four focus areas: the digital divide (broadband and internet access); developing corridors of opportunity; growing employer commitment to racial equity; and directing some $85 million toward Johnson C. Smith University.

“Both the City of Charlotte and Mecklenburg County have approved significant public investments that will be amplified by an additional $1.5 billion in private investments,” said Thomas Osha, executive vice president for Wexford Science + Technology and board chair of the Global Institute on Innovation Districts, “all with the shared goal of creating an innovation ecosystem that is grounded in research and academics, will include corporate innovators, incubate new ideas and businesses, attract venture funding and scale growth businesses, particularly minority-owned ventures, into a geography where these assets and attributes are amplified for innovation, community and economic impact.”

When I interviewed Osha in 2021, he told me he looks for I asked him what he looks for “about 35 different dynamics” when scouting communities for potential innovation districts, from generational demographics and gross regional product to bikability, walkability and proxies such as frequency of coffee shops. He also said the affordability crisis in many metros is driving young professionals to seek out so-called “secondary cities” like Charlotte where strong institutions and universities combine with a good quality of life.

One innovative French institution already likes what it sees. IRCAD, a training institute for minimally invasive surgery, announced in March that The Pearl is its first choice to establish its North American headquarters. The institute would anchor the first research building in the district. “It also features fundamental research laboratories and research and development units in computer science and robotics that design and develop tools for diagnosis, surgical planning and simulation aimed at improving and making surgical procedures safer,” explained the announcement from Atrium and IRCAD. The organization has six training centers in five countries, but none in North America. 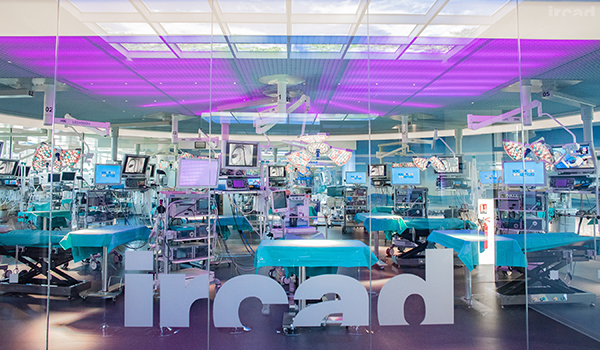 IRCAD, a French research and training institute for surgeons, has selected The Pearl innovation district in Charlotte as its first choice to establish its North American headquarters, in partnership with Atrium Health.

“We have been looking for the right North American partner for some time,” said Professor Jacques Marescaux, a surgeon and the president and founder of IRCAD. “We weighed opportunities with some of the most prominent names in academic medicine but, for us, aligning with the rising star of Atrium Health and its renowned clinical excellence is the perfect fit. Having the opportunity to become part of the new innovation district and its proximity to Wake Forest University School of Medicine – Charlotte, in its formative stages, will allow us to grow and excel together as we train the world’s best surgeons with the latest technology, innovations and techniques.”

Atrium and IRCAD leaders are working to create a public-private partnership to help underwrite the training center’s start-up costs. “Financial and technology commitments have already been secured from some leading life science technology firms,” they said, with the potential for the HQ to open as early as 2025.

“IRCAD will also help bring together educators, learners, physicians, scientists, researchers, entrepreneurs and investors from around the world to The Pearl,” said Woods. “Without question, in combination with the Innovation Quarter in Winston-Salem, the state of North Carolina will be the epicenter for global health innovation, education and research.”