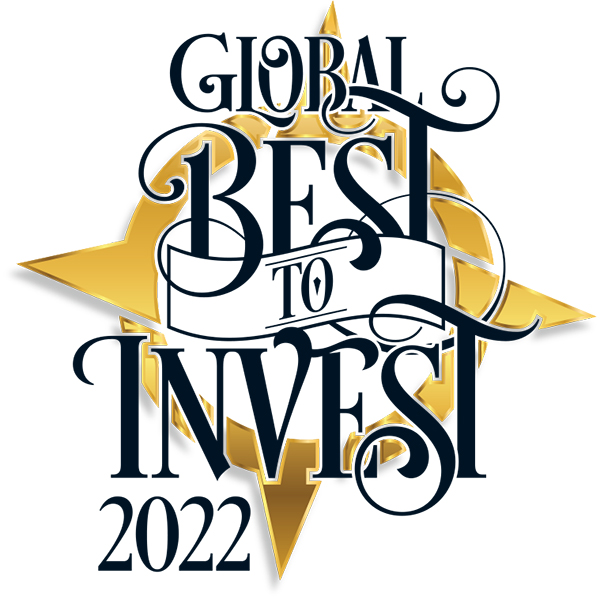 he 14th annual Global Best to Invest rankings showcase the top countries and metro areas in terms of their outlook for corporate investment. This year’s edition is based on an updated index modified from past years in order to infuse the rankings with relevant sources of fresh data.

Next come the Global Best to Invest Top Metro Areas, presented with their respective regional and local economic development organizations (or the home country’s IPA as a proxy). This year’s rankings are based on an index derived from the following three sources:

Two notes about these metro-area rankings:

The data behind these rankings and a number of recent reports independent of these rankings offer food for thought. Among the conclusions to be wrought from the Top 10 countries overall and per capita is a decided preference for city-states, Scandinavia and the Benelux region. As for those looking to North America, when SelectUSA convenes its annual investment summit in Maryland this summer, it will have reasons to crow even as the U.S. Department of Commerce and its 13 constituent agencies endeavor to improve the business climate.

Delivering the Ogden Memorial Lecture on International Affairs at Brown University in her home state of Rhode Island in March, U.S. Commerce Secretary Gina Raimondo said, “For America to be competitive in the 21st century, we need to be committed to making the investments required to grow our economy. And growth includes things like investing in new technologies, supporting research and development, and revamping worker training so that we are training Americans to do high quality jobs that are available where they live.” 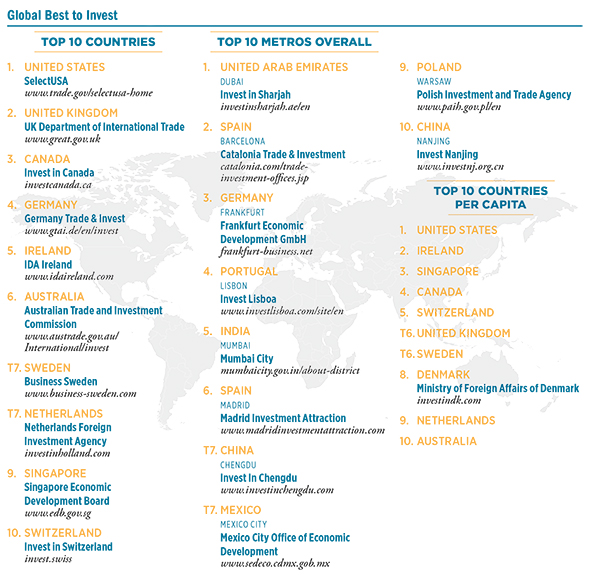 The one area where the U.S. falls short is manufacturing, she said, a sector needed for long-term growth but where nearly 9 million jobs have vanished over the past three decades. “America has been great at inventing breakthrough ideas but when it comes to manufacturing them here, we fall short. Here are the problems with that approach: It is the manufacturing sector that is going to create high-wage jobs for workers without college degrees. I would argue much of the divisiveness in politics stems from this economic insecurity. And the more we rely on other countries to make things for us, the more vulnerable we become to supply chain disruptions like we have seen over the past two years.”

Indices and reports from such reputable sources as Milken Institute, Kearney and the International Monetary Fund add further dimension — and in some cases corroborate — our Global Best to Invest findings. 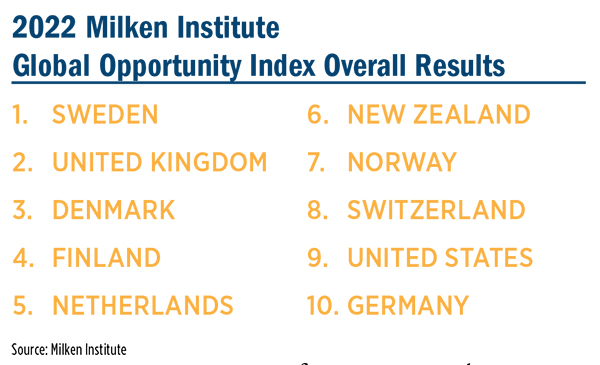 Released in January, Milken Institute’s Global Opportunity Index is one part of our own index. It evaluates 126 countries across seven geographic regions and 100 variables to measure their potential attractiveness to foreign investors. Among key findings this year:

Those same ESG variables are present in the 2022 FDI Confidence Index released by Kearney in early April and grimly titled “Optimism Dashed” to highlight the contrast between high hopes at this year’s outset (when the survey was being completed) “and the reality of the enduring tragedy in Ukraine.” 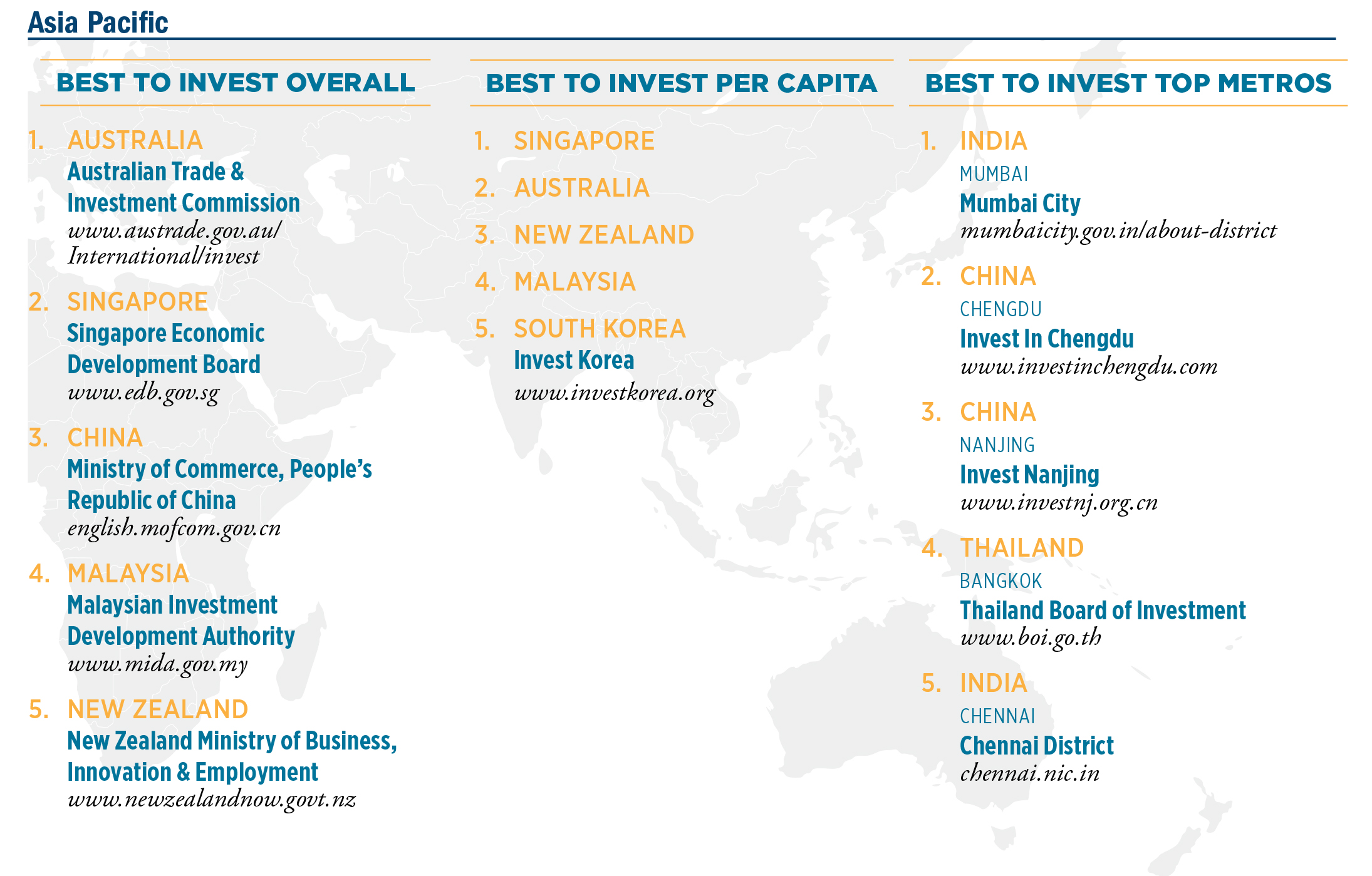 Some of the top 25 countries in Kearney’s Index appear in Site Selection’s rankings and some do not. While a few countries dropped a spot or two from last year’s Index, the biggest upward movers were China (from No. 12 to No. 10) and South Korea, from No. 21 to No. 16. “Investor enthusiasm for South Korea may have been fueled by strong statements of support for growing trade and investment from both presidential candidates as the country prepared for its election in early March 2022,” Kearney reported. 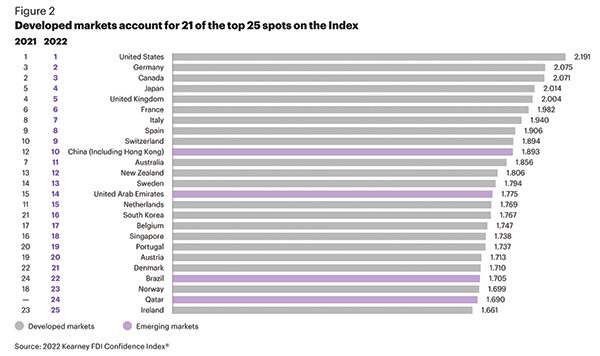 Here are some other highlights from the Kearney report: 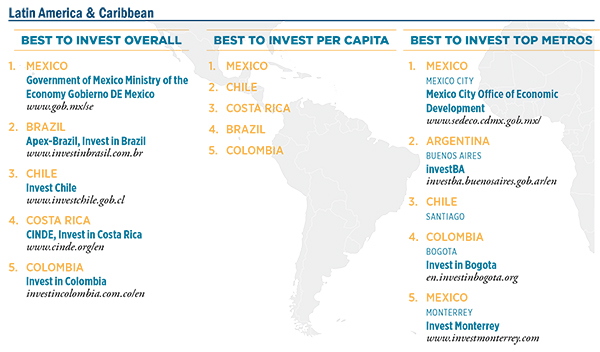 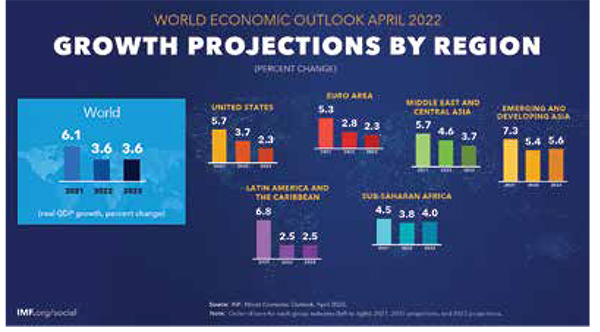 For more on what corporations and territories are doing to promulgate those ESG goals, watch for the 2022 Site Selection Sustainability Rankings in the July issue. 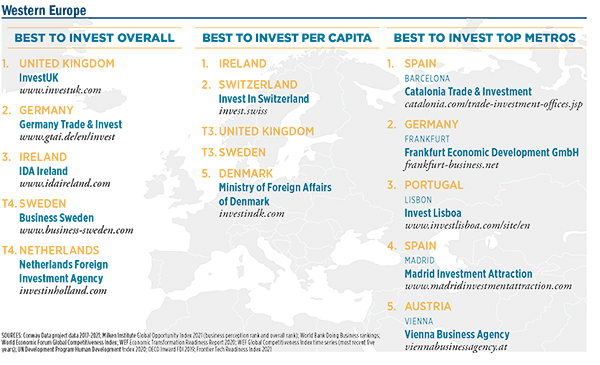 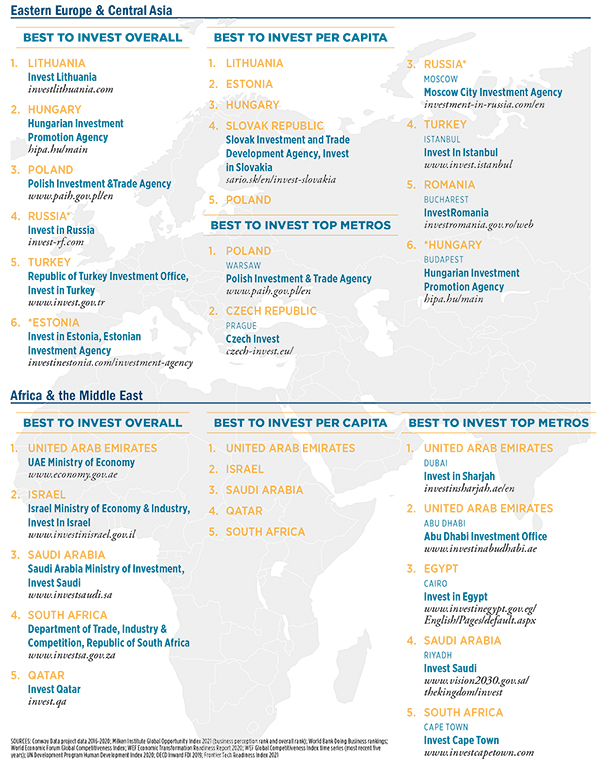