by Gary Daughters
A

ndy Beshear has plenty to boast about. With a tandem of recent mega wins in the EV mobility sweepstakes, the first-term governor has declared Kentucky to be “the undisputed electric battery production capital of the United States of America.” Big statement, that.

“Between Ford and the Envision plant,” Beshear told me on April 18, “we will have more gigawatt-hours than any other state in terms of production of EV batteries.”

During a half-hour interview, Gov. Beshear touted Kentucky as an aggressive corporate recruiter and business-friendly partner for major investment, especially amid major transformations in energy and logistics. The interview has been condensed for clarity and brevity.

Site Selection: Do you anticipate a steady stream of EV battery investments as we continue to transition to electric vehicles?

Gov. Andy Beshear: We do. Our phone is ringing off the hook from suppliers in some part of that life cycle, because there’s both the suppliers and what goes into the batteries and the recyclers. All seemingly want to be as close as possible here in Kentucky. That’s direct foreign investment.

How closely do you monitor projects in your state’s corporate recruitment pipeline? At what point do you pitch in as needed? Is it only the megaprojects?

Gov. Beshear: I monitor our megaprojects weekly. That’s to ensure that our promise of speed to market is one we deliver on. We bring our permitting people to the table before someone even commits to come to Kentucky to lay out what it takes and to develop a direct line of communication. The principals have my cell phone number, so when we run into challenges, we can address them. Our commitment is no government bureaucracy is ever going to slow down one of these projects.

Three states that I’m aware of — Illinois, New York and Florida — are looking at banning non-disclosure agreements in economic development deals. Good idea? Would it fly in Kentucky?

Gov. Beshear: It would not fly in Kentucky, and I am not for it. You don’t want your competitive offer shared with other states. That’s a way that the “haves” can have more and that those of us pushing to grow our economies and leapfrog other states would be put at a competitive disadvantage. NDAs are critical. That’s just the real world and we live in it.

Last December, Western Kentucky suffered a ruinous wave of tornadoes. Your state suffered scores of deaths and billions of dollars in property damage. What is the situation in Mayfield, a town the whole country came to know?

Gov. Beshear: Mayfield got hit so hard that it’s the only place that we don’t have the debris removal completed. And that’s because we actually had to finish the demolition of many of the buildings. In every other county we have the debris removal completed and the rebuilding is moving forward. This was never going to be a short process, and right now we’re right at about five-and-a-half months. We are on schedule and on track. 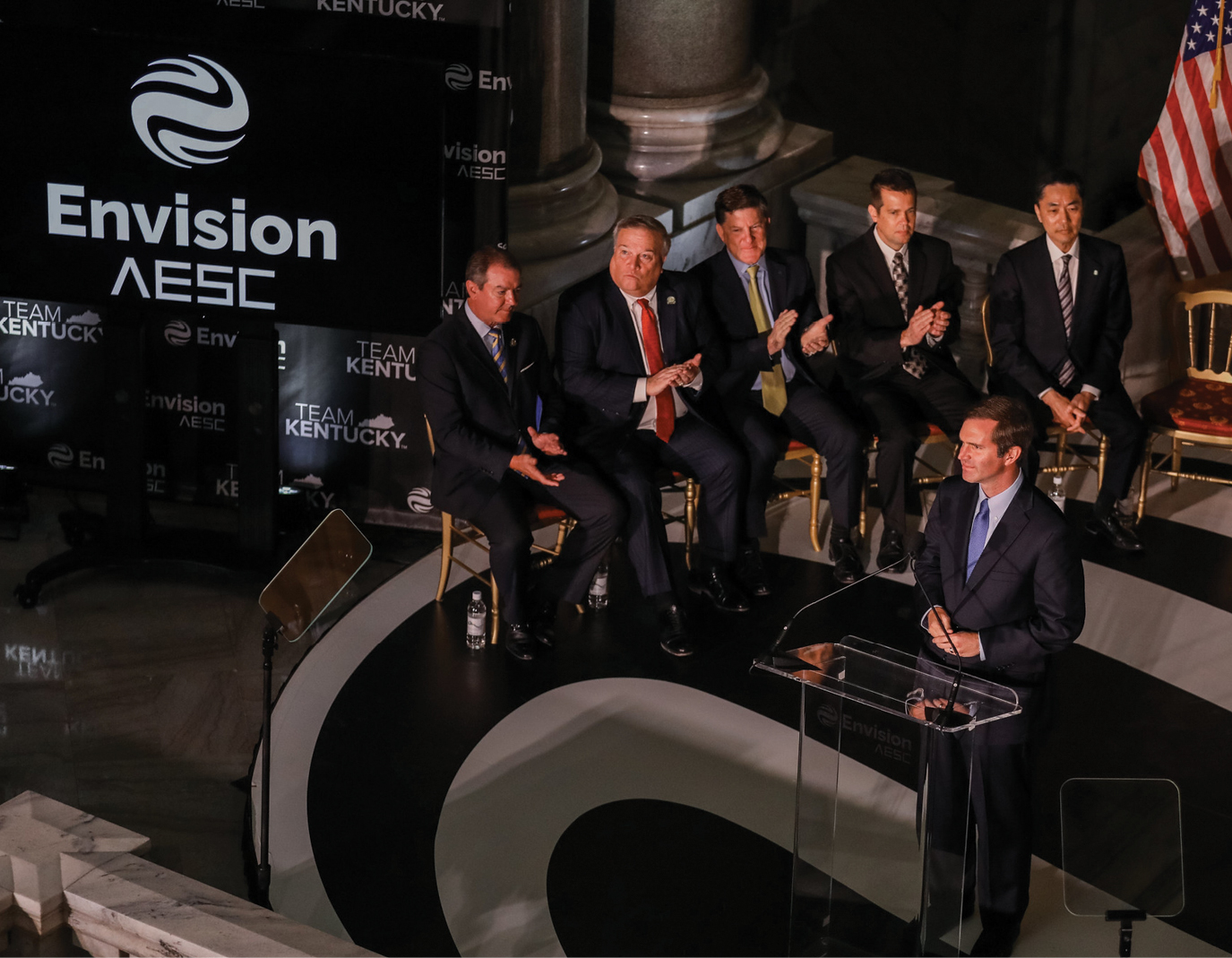 How, if at all, does Russia’s aggression in Ukraine and the prospect of a wider war in Europe impact your economic development strategy, especially as it comes to the evolution of supply chains and even the COVID-19 component that comes with that.

Gov. Beshear: Among all of the companies we dialogue with regularly, they want the supply chain in the United States and even closer. COVID-19 taught us we cannot have manufacturers or suppliers of PPE, critical goods and components overseas. It’s a national security issue. When we look at what’s going on with automotive right now, not having a supply chain here in the United States has a serious and significant impact that has unforeseen consequences. Our goal in economic development now is, amongst others, to work directly with especially our largest employers about what suppliers are most important to them, and then to jointly work to locate that supplier as close as we can to their facility.

Your predecessor approved a deal for a $1.7 billion aluminum mill in Kentucky coal country that appears to be dead in the water. Still no jobs, apparently no money for a project that has involved Russian investors close to Putin, allegedly falsified documents and $15 million invested by the Commonwealth. In some cases, workers reportedly paid for training for jobs that never materialized. Will this be made right?

Gov. Beshear: False hope is painful. And that’s exactly what the administration sold that community. Even worse, they for the first time ever invested Kentucky dollars directly into a company and they signed away all our security interests, including the property that project is supposed to be on. Even worse, the economic development director that signed away that property is now the president of the company itself. If we could get that property back, we could have already landed a new facility there. My goal is to do everything I can legally — and they took away most of our options — to either try to make the project work or to get our assets, including our dollars, back.

There’s a distiller in Missouri who says that Kentucky’s best corn and the oak for your barrels comes from Missouri and there’s nothing in Kentucky to start with. What do you say to that?

Gov. Beshear: (laughs) Well, he doesn’t know his bourbon. The water that flows through our Bluegrass region and other regions is one of the most critical ingredients in bourbon. There’s a reason that 95% of the world’s bourbon comes from Kentucky and the other 5% is counterfeit. I would understand that a Missouri distiller wants to say something positive about Missouri bourbon, if you can call it that. He’s trying to sell his product. Good luck.

I’m guessing your personal favorite bourbon is a state secret.

Gov. Beshear: It’s like your kids. You can’t have a favorite. You gotta love ’em all.