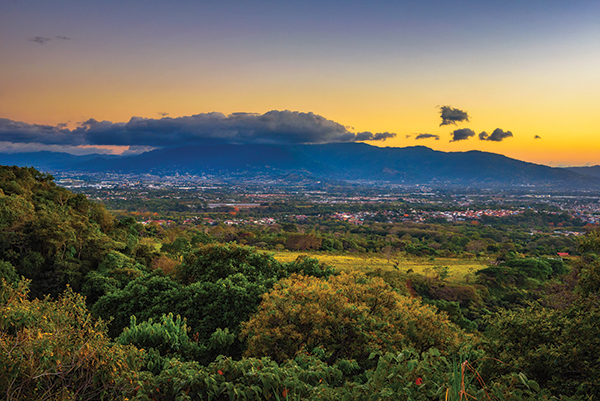 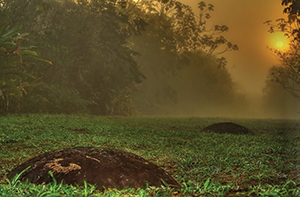 The Diquís Spheres, the largest of which weighs some 16 tons, emerged from the indigenous Diquís culture in the Valley of the Rio Grande de Térraba between 700 CE and 1530 CE.
Photo by Juan Carlos Calleja courtesy of UNESCO and the Museo Nacional de Costa Rica

ysterious in origin, the smooth, round stone petrospheres of Costa Rica “are distinctive for their perfection, their number, size and density, and their placement in their original locations,” says UNESCO of the national treasures whose discovery sites were declared World Heritage locations in 2014.

The Diquís Spheres, the largest of which weighs some 16 tons, emerged from the indigenous Diquís culture in the Valley of the Rio Grande de Térraba between 700 CE and 1530 CE. But that UNESCO description could just as easily describe the distinct, multiplying and growing company sites that Costa Rica has cultivated today from global corporations, many of whom have expanded multiple times “in their original locations.”

It’s the sort of return on investment that endures no matter the political context. Costa Rica welcomed a new Congress in May, but all parties in the country could be said to be partly “center,” in this equatorial region where neither weather-related nor political extremes are tolerated. The 2021 Democracy Index from the EIU called it one of the top 20 democracies in the world and No. 2 in Latin America. It’s a place that’s earned its elite near-shoring reputation thanks to responsiveness and resilience, backed by a collaborative, interconnected and efficient ecosystem for converging technologies from such diverse areas as artificial intelligence, biomaterials, electronics, finance/accounting, software and medical devices.

As of early March 2022, Site Selection’s Conway Projects Database had tracked 97 corporate facility investment projects in Costa Rica since the beginning of 2021. That total puts this small country above the totals we’ve amassed from countries with much bigger footprints. Costa Rica’s total would place among the top 20 U.S. states too. And when you consider the nation’s population of 5 million (smaller than Atlanta or Miami), its per-capita performance is simply without peer.

In 2021, for the second consecutive year, the Costa Rican Investment Promotion Agency (CINDE) reached a record number, welcoming an overall total (over and above those tracked by Site Selection) of 103 investment projects, 30% more than in 2020. Of these, 32 are new companies that will establish operations in the country, and 71 are reinvestments, of which 48 were expansions and 23 represented diversifications of company services or products. Of the 32 new companies, 13 come from such non-U.S. countries as Brazil, Canada, Chile, Spain, India, Israel, South Africa and Switzerland.

“Results from 2021 show that Costa Rica continues to grow and consolidate internationally as a destination for sustainable investment, in line with our value proposition based on people, planet, and prosperity,” said Eric Scharf, president of the CINDE board of directors at CINDE. “Also, the country showcased its capacity to deploy a coordinated response amongst several government agencies to avoid shutdowns and ensure business continuity in support of the needs of the foreign trade sectors.”

In addition to increasing numbers of projects landing outside the Greater San José metro area (GMA), the country also has demonstrated its openness to companies’ work-from-anywhere strategies. Amazon last year doubled its 100% virtual payroll in those regions thanks to the internet connectivity and talent located there. On April 27, a new law to improve the investment conditions for investments outside the GMA. In sum: Better incentives, less paperwork and fewer procedures.

CINDE Managing Director Jorge Sequeira highlighted the broad diversity of the job offerings, “available to all types of people from young to old, people inside or outside the GMA, and women, thus promoting equality.”

Through training and certification programs from CINDE and other public-private entities, almost 9,000 people graduated from technical high schools in 2021 with specialties in topics such as data analysis, software development, cybersecurity, innovation, and artificial intelligence. In addition, fAIrLAC, a Latin America and Caribbean alliance for the ethical application of AI, announced its launch in Costa Rica. The Inter-American Development Bank (IDB) leads the initiative with the support of CINDE, academia, government, corporate parks, including America Free Zone, and companies like Microsoft and Intel, CINDE says.

The organization’s efforts were rewarded in March 2022 when the United Nations International Trade Center (ITC) named CINDE the No. 1 investment promotion agency in the world for the fifth consecutive year, outdistancing 84 other organizations around the world and attaining a perfect score on 182 of 225 indicators.

“CINDE is now the investment promotion organization with the highest score since the parameter was created,” the ITC announced. “CINDE has raised the bar for all business support organizations and consolidated its position as one of the most respected and effective investment or trade organizations in the world.”

“We seek to customize our analytical approach towards business challenges to deliver true in-depth advisory,” Sequeira said. “That relationship does not end with a project confirmation. Rather, we see that milestone as the beginning of a common journey. As a result, over 70% of companies expanded their headcount in 2021.”

Not a bad way to celebrate your 40th anniversary as an organization. Nor to honor a human and natural heritage of precision, depth, strength, diversity and beauty. Unlike its petrospheres, however, the origin of Costa Rica’s strength is not mysterious.

“We celebrate these results which, above all, create real impact through formal employment and greater opportunities for the country’s most valuable resource,” said Sequeira, “its people.” 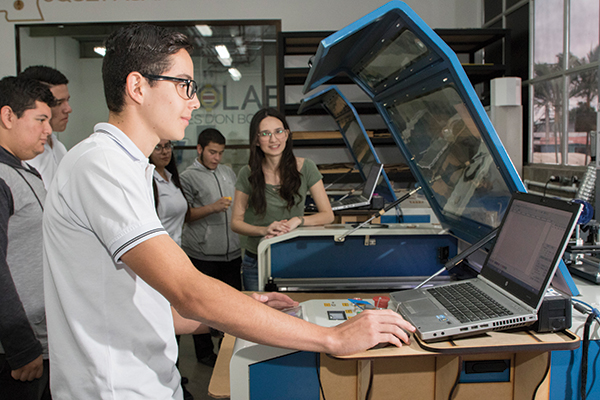 There’s no denying the energy of Costa Rica’s young and knowledgeable work force.