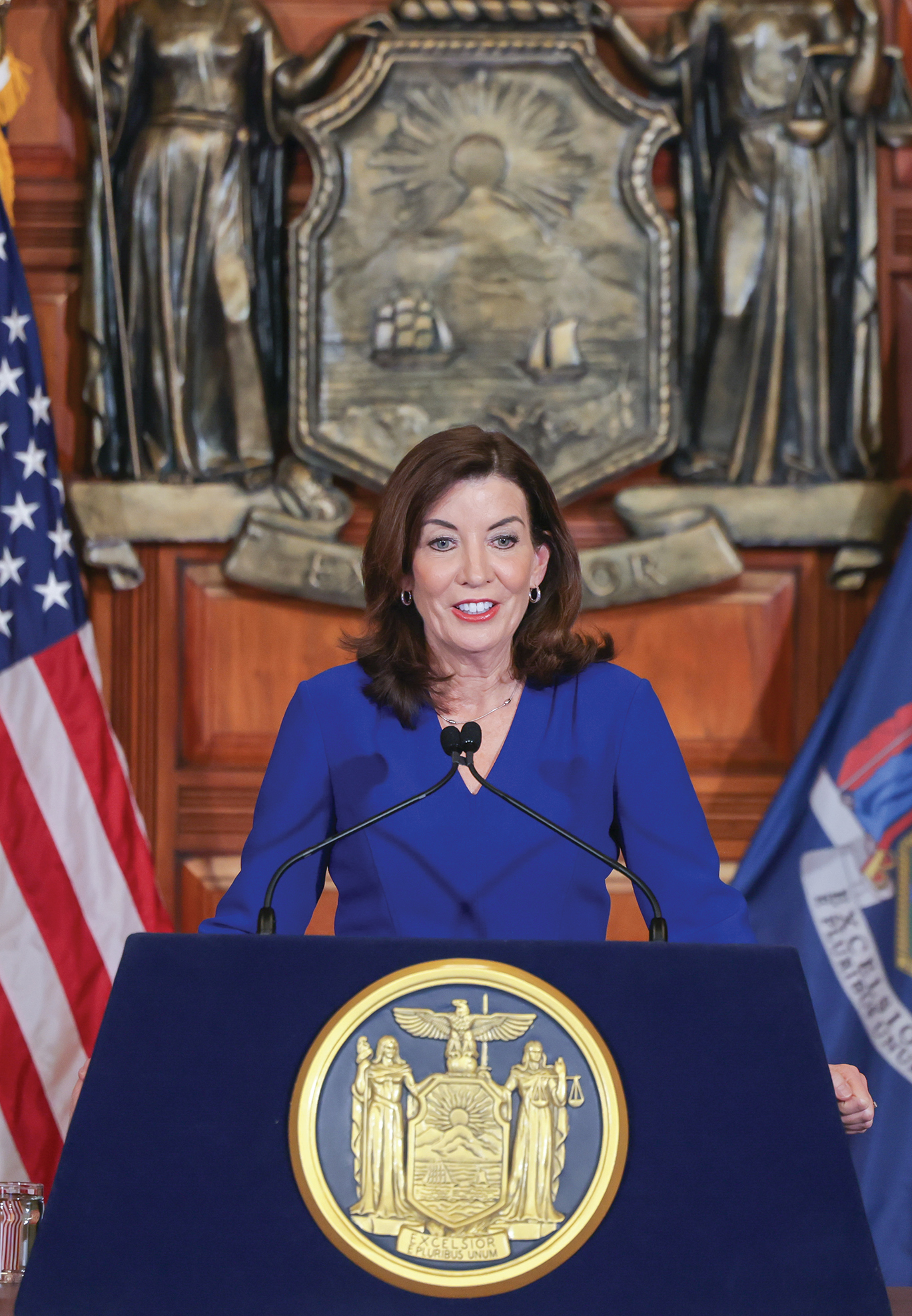 hen Greater Rochester Chamber of Commerce President and CEO Bob Duffy in April released a statement about the state’s budget, there were a number of things he was thankful for. Industrial development land was one of them.

“We appreciate Governor Hochul and the Legislature’s commitment in the FY2023 budget to workforce development, funding for childcare, equitable broadband expansion, and investment in economic development initiatives like the digital gaming tax credit, Regional Economic Development Councils and shovel-ready sites,” he said.

Driven largely by the state’s positive experience with semiconductor companies like GlobalFoundries and the state’s appetite for more of the same, Gov. Kathy Hocul early this year announced a new Focused Attraction of Shovel-Ready Tracts (FAST) New York grant program that will allocate up to $200 million to “develop sites that will attract high-tech manufacturing, particularly semiconductor manufacturing, warehousing, distribution and logistics businesses to the state to jumpstart New York’s shovel-readiness and increase the state’s attractiveness to large employers.”

A state release from Empire State Development explained that the funding will be used to “improve the shovel-readiness of existing, mature sites by funding improvements such as water infrastructure, sewer infrastructure, roads, electrical substations and power and gas lines, as well as prepare an emerging pipeline of future shovel-ready sites by addressing necessary pre-development site planning and reviews.” 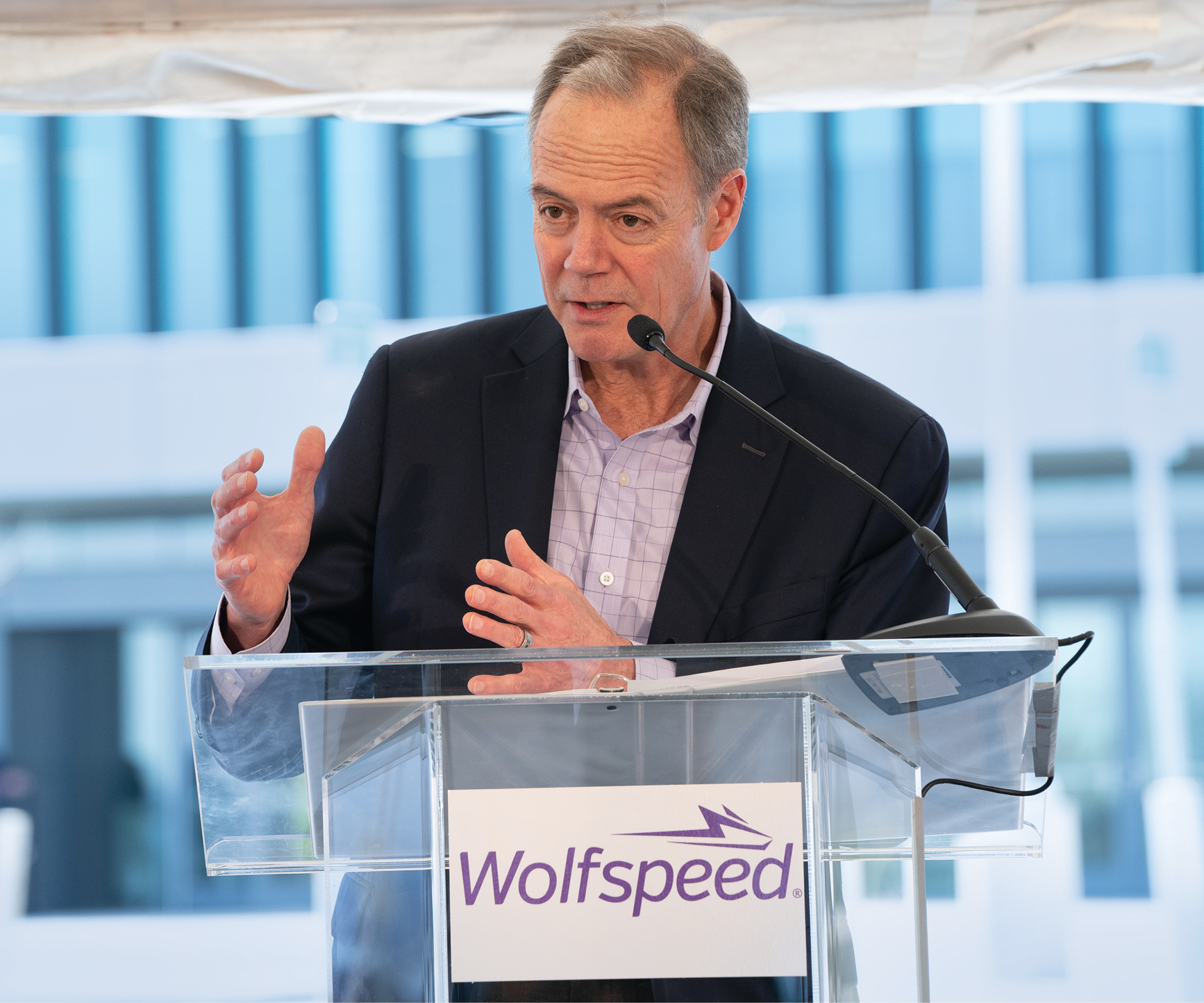 Photo courtesy of the Office of Governor Kathy Hochul

Ready for the Chips to Fall

“The hundreds of millions of dollars invested into the development of shovel-ready sites will help us diversify our economy and jumpstart New York’s next great comeback,” Hochul said. Empire State Development Acting Commissioner and President and CEO-designate Hope Knight put it into context:

“Currently, with the federal government poised to invest billions of dollars under initiatives such as the proposed CHIPS Act and the recently passed Infrastructure Investment and Jobs Act,” she said, “the time is ripe for New York to invest in a new generation of shovel-ready sites, and FAST NY will help usher in a new era of growth.”

Hochul is one of 23 governors who have expressed support for passage of the CHIPS Act, and she knows being shovel-ready is nearly as important as being workforce-ready when it comes to the needs of the semiconductor manufacturing sector. “Early public investments into these sites have attracted large private-sector employers, such as GlobalFoundries, Wolfspeed, Alstom, Barilla, Regeneron Pharmaceuticals, and Plug Power,” the state noted, listing existing shovel-ready sites that include White Pine Commerce Park in Onondaga County, Marcy Nanocenter in Oneida County, Luther Forest Technology Campus in Saratoga County, and WNY STAMP in Genesee County.

The focus on semiconductors tightened further in late April when Gov. Hochul appointed industry veteran and former SEMI Americas President David Anderson as president of the New York Center for Research, Economic Advancement, Technology, Engineering and Science (NY CREATES). The announcement said Anderson will team with Dr. Douglas Grose, past president and former chair of NY CREATES, to lead a strategy for securing billions of dollars in federal funding to establish the Albany Nanotech Complex as a primary R&D hub and the headquarters of the proposed National Semiconductor Technology Center (NSTC). Albany Nanotech is a $15 billion, publicly owned 300mm semiconductor R&D facility where tenants such as Applied Materials, IBM, and TEL conduct their work with a workforce of more than 2,700 industry experts, staff, students and faculty.

Anderson will oversee a program portfolio that currently consists of 10 sites throughout the state, with expenditures in excess of $350 million annually from current industry and state partners, and federal government research and economic development programs. “Anderson will also focus on preparing the Albany Nanotech site to serve the federal government’s needs, including maintaining and growing industry partnerships and advancing initiatives to build new, state-of-the-art cleanroom space,” the state said.

“The legislation under consideration by Congress represents a historic investment in American innovation and ingenuity, and we must be prepared to respond,” said Grose.

In March, New York joined with more than 50 organizations from nearly 20 states — including ASML, Microsoft, Applied Materials, TEL, SUNY, MIT, Howard University, IBM and others — to launch the American Semiconductor Innovation Coalition (ASIC) “with a shared, national vision of an NSTC that will accelerate semiconductor R&D and grow America’s edge in semiconductor innovation.”

The state’s semiconductor ecosystem, according to Empire State Development, includes 88 semiconductor establishments, an annual wage impact of approximately $5.7 billion, and more than 34,000 direct jobs. One of them is ready to invest more, and it’s chosen the shovel-ready Marcy Nanocenter site in Oneida County as the place to do it.

On April 25, Wolfspeed held a grand opening for a new $1 billion silicon carbide fabrication facility at the site, located on the State University of New York (SUNY) Polytechnic Institute campus in Marcy. Wolfspeed has committed to create more than 600 new jobs within the first eight years of operation, and to provide internships and research positions as the SUNY system stands up a manufacturing workforce initiative. The company has committed to establishing a silicon carbide corridor on the east coast of the United States, anchored by the Mohawk Valley fab and its headquarters and materials operations in North Carolina.

“The need for silicon carbide is tremendous as we look toward a technological future primed for energy efficiency and sustainability,” said Wolfspeed CEO Gregg Lowe. “We are very fortunate to have landed in the Mohawk Valley Region — a place that is rich in talent, drive and promise for the future.”

And rich in parcels where that future can unfold.