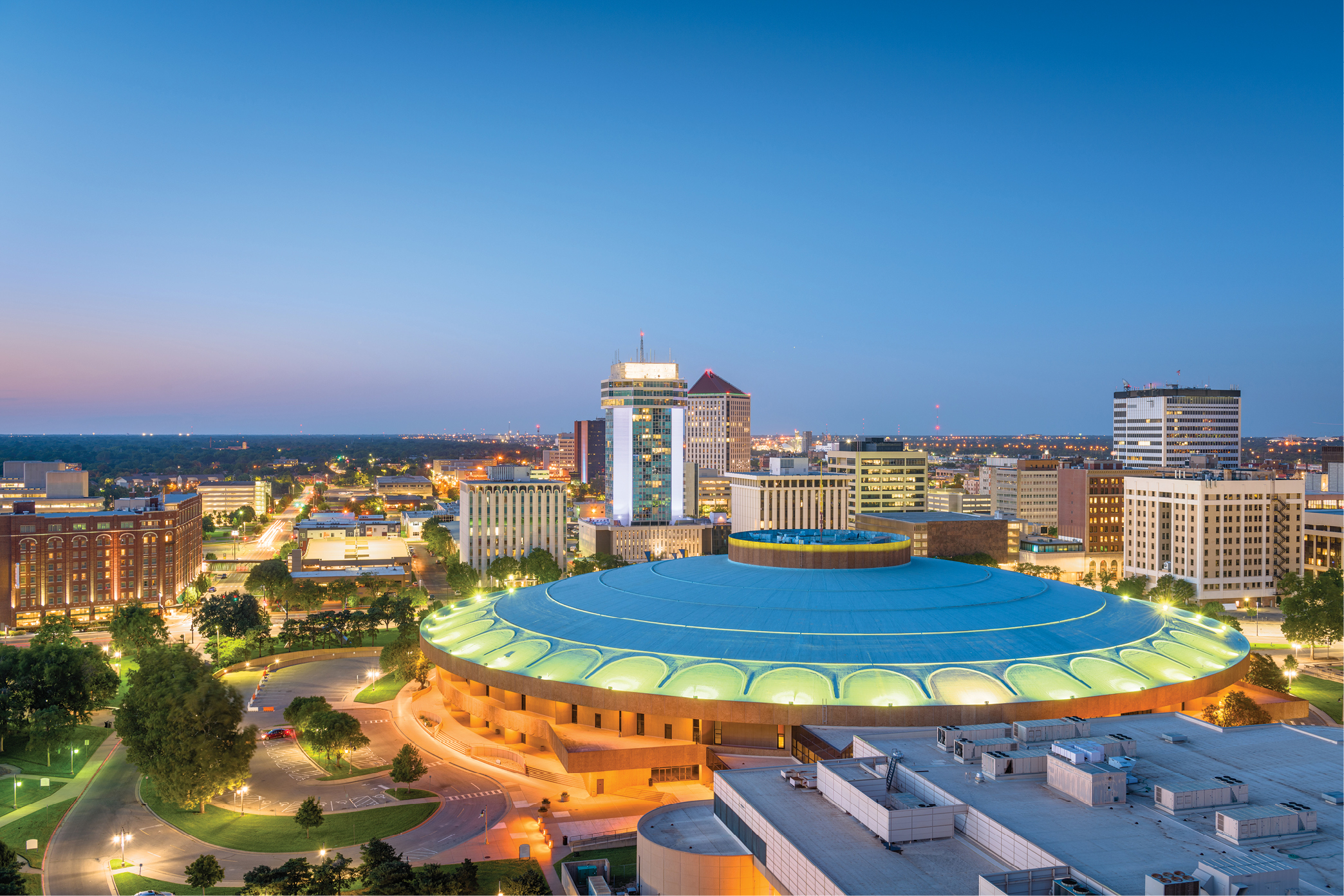 ot that it needed it, but Kansas’ foreign direct investment (FDI) cap just gained a really big feather. In July, Panasonic Energy Co., Ltd., picked the Sunflower State for a $4 billion, 4,000 job lithium-ion battery manufacturing plant. A subsidiary of Japan-based Panasonic Group, Panasonic Energy joins plenty of other Japanese companies doing business in the state — Japan is the largest source of FDI jobs followed by Canada and the UK.

Between 2014 and 2019, FDI employment in Kansas grew 33%, compared to overall private-sector employment growth of 3%, according to Global Business Alliance, which tracks FDI nationally and at the state level. As a percentage of overall employment, Kansas has the highest number of FDI jobs of all its neighboring states, at 6.4%. More than 76,000 Kansans are employed by international companies, a number that will jump to about 80,000 when Panasonic Energy’s plant in De Soto begins operations. A Wichita State University Center for Economic Development and Business Research economic impact study forecasts an additional 4,000 jobs will be created by suppliers. The project is forecast to have an estimated annual economic impact of $2.5 billion. 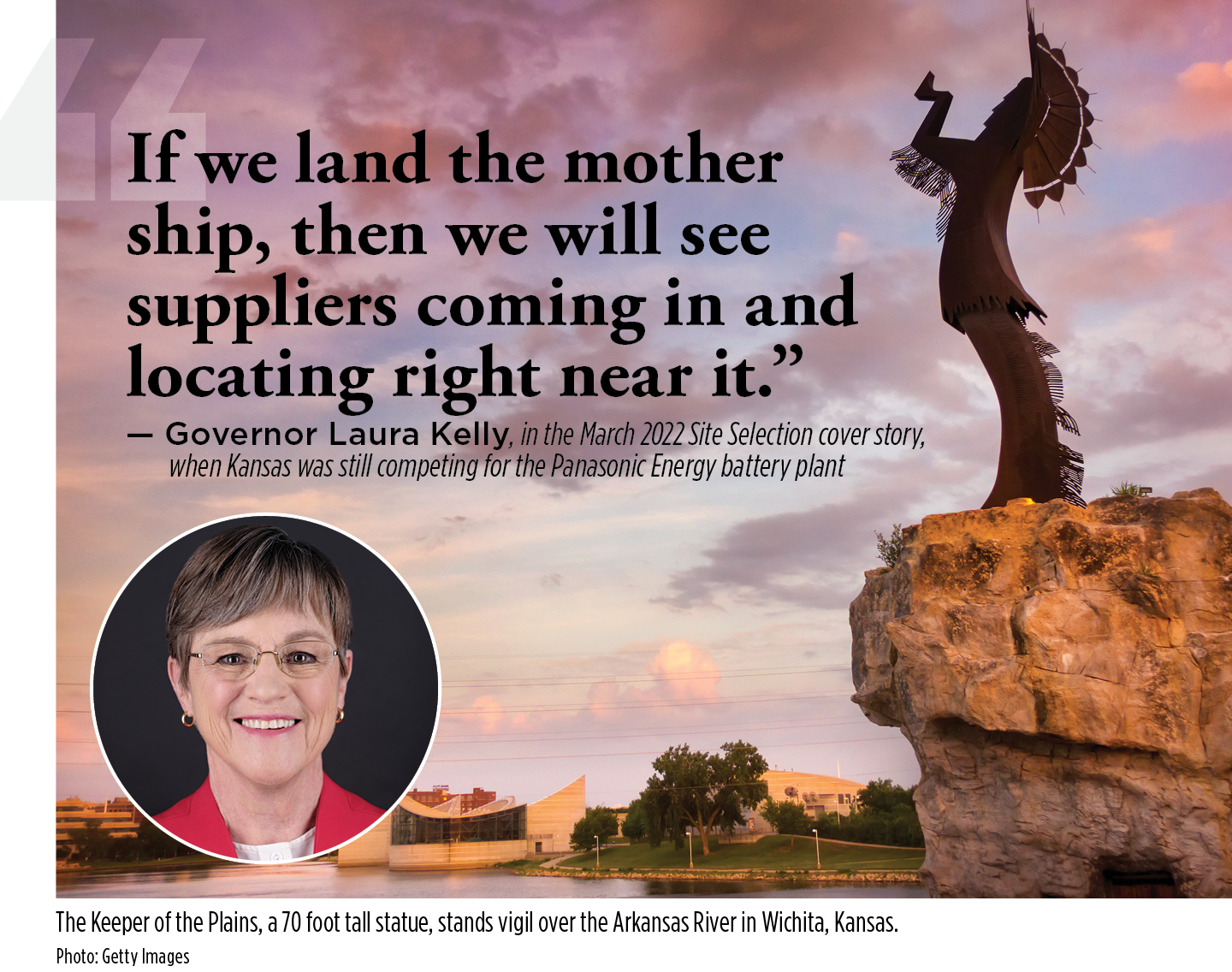 The report’s executive summary elaborates: “Kansas already has an established battery manufacturing sector and has the second-highest concentration of employment and wages among all states in the nation. Therefore, adding a battery equipment manufacturing company within Johnson County, Kansas, is estimated to have a positive economic spillover effect on the surrounding counties and the state. This project assumed that the firm would add four thousand jobs with an annual payroll of $62,000 per year. At that rate, the total employment impact is expected to be 8,051 jobs with over $505 million in yearly labor income. In addition, the capital investment from the development of the new firm will have a one-time economic boost to the economy by 16,551 temporary jobs.”

Prior to winning the project in the summer, Governor Laura Kelly commented on the competition in an interview with Site Selection concerning Kansas’ first-ever Governor’s Cup win for total qualifying capital investment projects the previous year per capita. “If we land the mother ship,” she noted, “then we will see suppliers coming in and locating right near it.” She was right.

Key to landing the project was passage of and signing into law in February the Attracting Powerful Economic Expansion (APEX) package of incentives that was designed to lure projects over $1 billion in investment.

“Once Governor Kelly signed APEX into law,” said Lieutenant Governor and Commerce Secretary David Toland at the Panasonic Energy announcement, “the state gained the necessary economic development tool to pursue megaprojects that could transform the Kansas economy. Panasonic recognized Kansas as not just a contender, but as the ideal partner for this revolutionary project.”

The announcement comes five years after Panasonic Group began production of lithium-ion batteries at Panasonic Energy of North America (PENA) in Sparks, Nevada. PENA is now one of the world’s largest lithium-ion battery factories, surpassing 6 billion EV battery cells shipped. While PENA’s operations in Sparks will continue, the company says the new facility in Kansas is intended to further support Panasonic’s long-term commitment to advancing the EV industry in the U.S.

“Kansas has an impressive history of being home to a skilled manufacturing workforce,” said Yasuaki Takamoto, executive vice president of Panasonic Energy and head of its EV Battery Business, at the July project announcement. “We appreciate Kansas’s dedication to sustainability and its commitment to and growth in the clean and renewable energy space.” 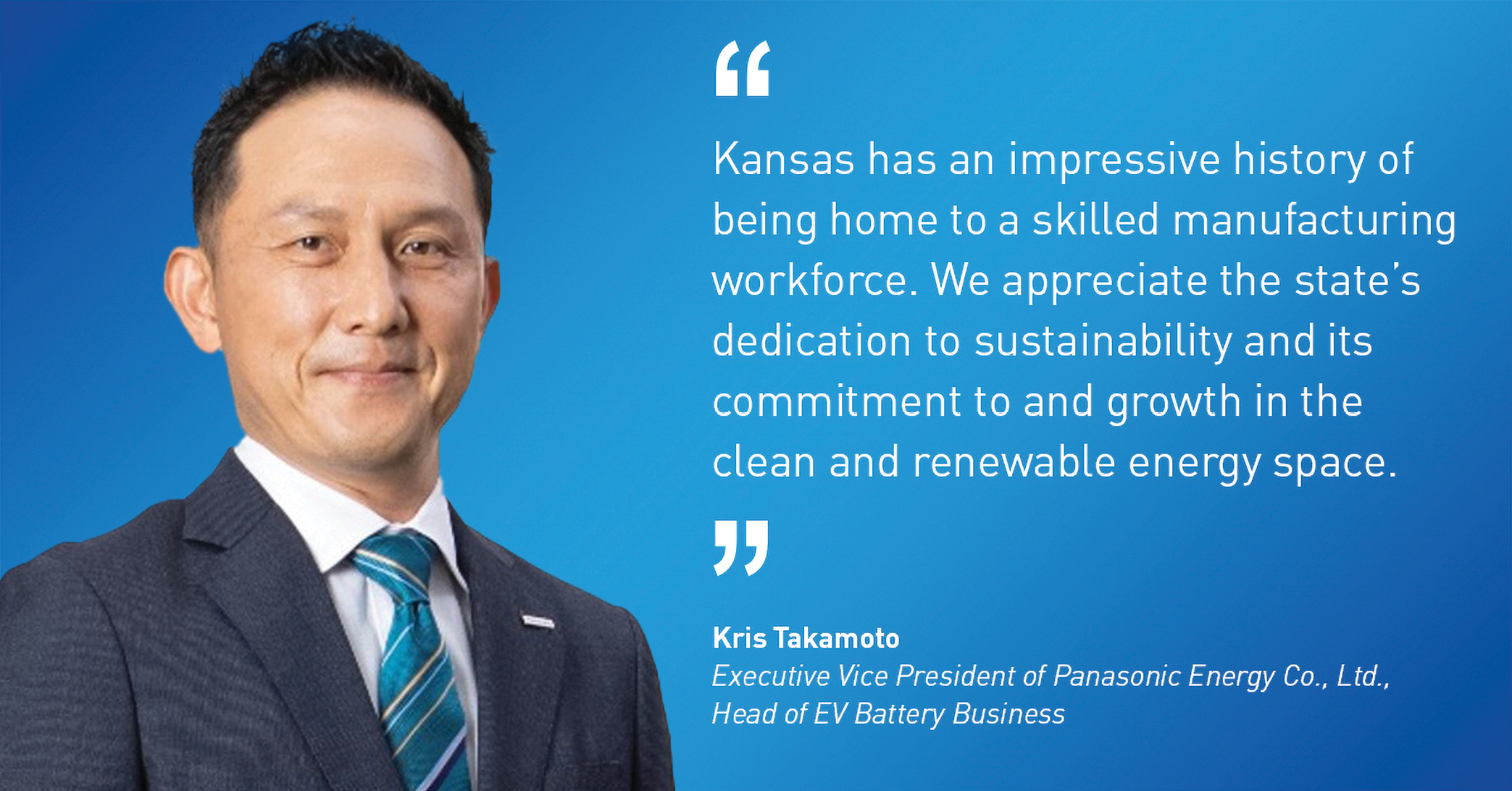