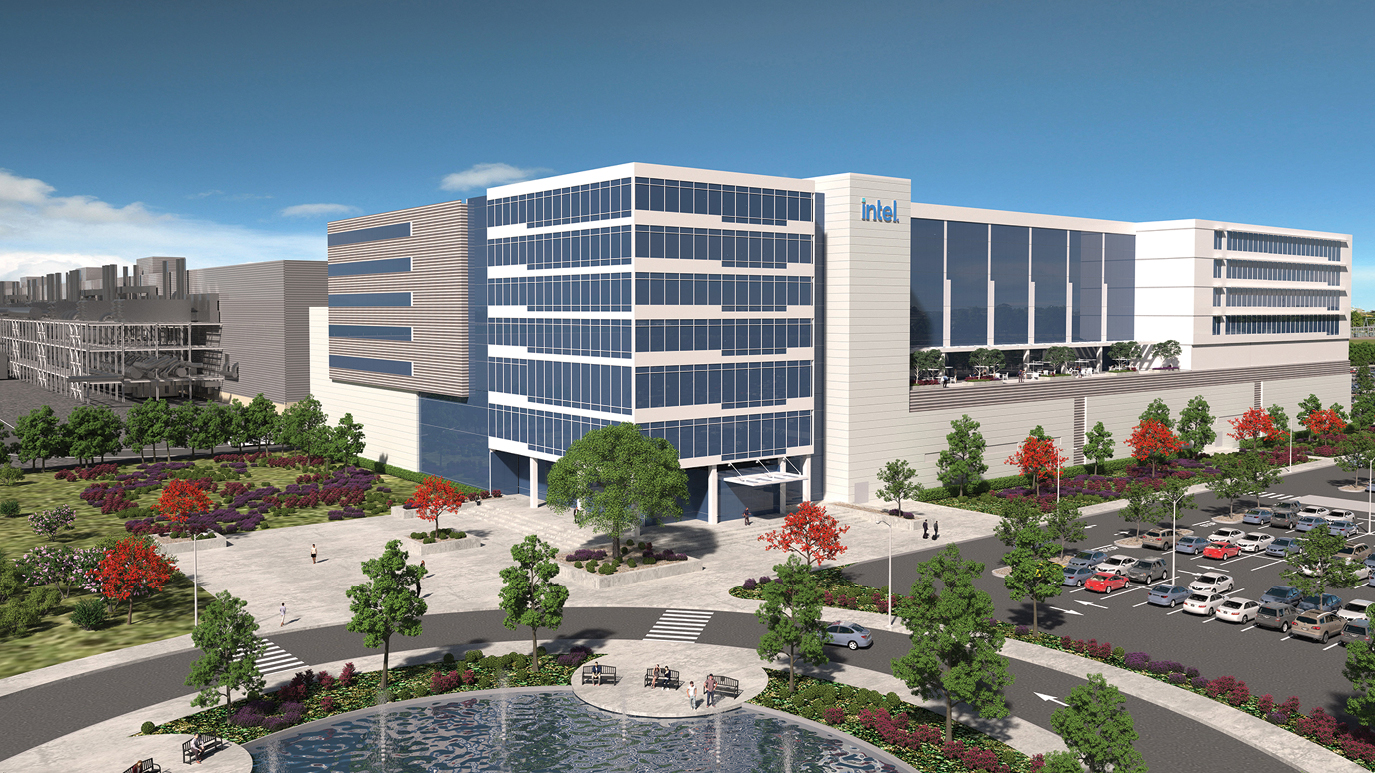 A rendering of two new Intel processor factories in Magdeburg where production will commence in 2027.
Image courtesy of Intel Corporation
by MARK AREND
G

“Our numbers show a fundamental recovery in foreign direct investment in Germany from the low in 2020,” said Germany Trade & Invest CEO Robert Hermann at the time. “Investment amounts were comparatively modest due to a number of factors, but international companies’ interest in being part of Europe’s largest economy has persisted through the coronavirus pandemic.”

GTAI’s foreign direct investment report in most cases doesn’t include amounts to be invested. But the agency expects it to be “well in excess of €7 billion” ($6.9 billion) for the year. U.S. companies supplied the highest number of projects — 254 — with 67% coming from Europe. UK and Dutch investment was up 36%, Danish investment rose 29% and French investment climbed 24%. The number of projects from China and other parts of Asia declined.

“Both of those developments undoubtedly reflect the restrictions of travel, particularly over long distances, to which businesses continued to be subject in 2021,” noted Hermann.

Sectors seeing the most new projects, according to GTAI, were ICT (19%), business and financial services (15%) and consumer goods (12%).

March of this year recorded two of Germany’s largest capital investment projects in recent memory. Intel announced it would invest €17 billion ($16.7 billion) in a semiconductor fab mega-site in Magdeburg. At the time, German Minister for Economic Affairs and Climate Action Robert Habeck called Intel’s expansion “an important impulse for the economy in a difficult time and a major leap forward for Europe’s digital sovereignty.”

Also in March, Swedish green battery maker Northvolt picked the city of Heide in the regional state of Schleswig-Holstein for a new 60-gigawatt plant. Known as “Northvolt Drei,” it will be the company’s third production facility of this size and the first outside Sweden. Northvolt will invest €4 billion ($3.9 billion).

“In Heide, we really found a spot where we could combine all our requirements: attracting talent and feeling the support for our aspiration of building the world’s greenest batteries,” said Northvolt CEO Peter Carlsson at the press conference announcing the decision. “With the energy mix in Schleswig-Holstein, with the offshore wind coming in, but also with the linkage to Denmark and Norway in the energy feed, we saw that this is probably the best spot for us in Germany to build this set-up.” Northvolt said its decision to locate in Heide had also been influenced by its proximity to Hamburg and the availability of “the space required to establish a battery plant of sufficient size to leverage the economies of scale in production.”