How Clean Tech Is Turning The Southwest Desert Green 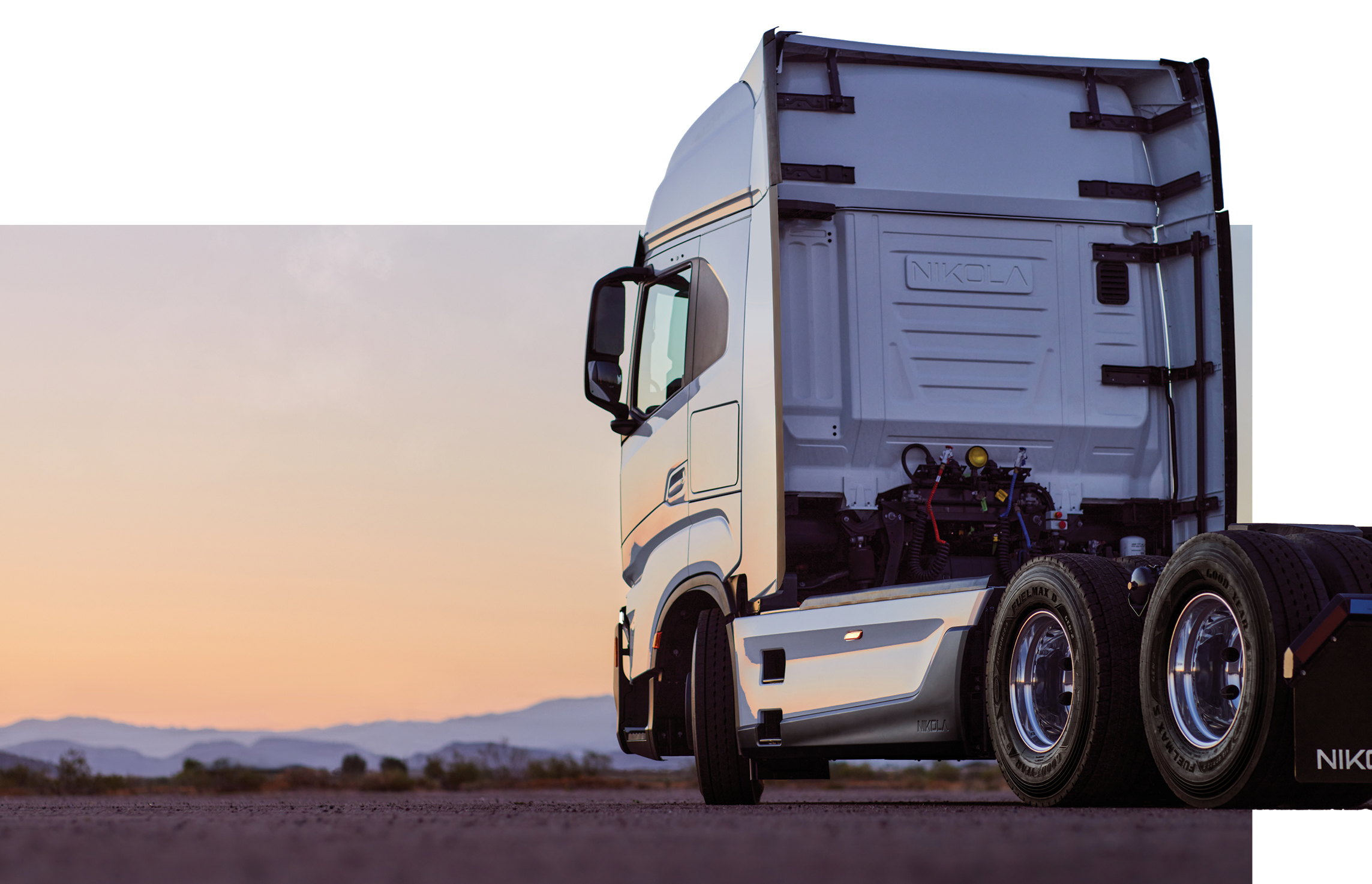 hether it’s a byproduct of the 1960s’ earth-loving hippy caravan, or simply the recent influx of high-tech workers, there is no denying the efforts of the Southwest in environmentally friendly innovations.

In April of this year, KORE Power closed a deal in Buckeye, Arizona, for 214 acres in the city just west of Phoenix. The megasite, aptly named KOREPlex, will serve as the new 2-million-sq.-ft. manufacturing center for the lithium-ion battery company, which will run off on-site solar, making it a net-zero facility.

The $1.2 billion investment in KOREPlex will serve as a cornerstone of the Sustainable Valley, a land project aimed at attracting green companies to form an energy-efficient manufacturing ecosystem. The plots of land near KOREPlex total just under 200 acres, and the city hopes to bring in other industry supply chain companies, end users and recycling companies to the area.

Nikola Corporation began production of its Nikola Tre BEV (battery-electric vehicle) this year just 90 miles away in Coolidge, Arizona. The company produces battery-powered semis. Its most recent $1 billion investment is expected to produce 2,000 jobs in the area. At the production launch ceremony in April CEO Mark Russell expressed confidence in the company’s future as the governor and the CEO of the Arizona Commerce Authority joined him.

“In 2022, we’re moving forward with every aspect of our business,” said Russell. “Next year, fuel-cell electric vehicles are planned to be added to the manufacturing mix. We are focused on delivering vehicles and generating revenue.”

Less confident is Seoul-based LG, now reevaluating a $1.4 billion investment plan for a cylindrical battery factory in Queen Creek initially announced in the spring. The factory was intended to meet rising demand for lithium batteries and could potentially supply the Nikola plant just south of it. But the plan is broader. The company in its March announcement said batteries produced from the Arizona plant “will be supplied to EV manufacturers including prominent startups and electric tool companies based in North America.”

Though that project is on hold, the state still sees no shortage of high-dollar automotive and electronics projects, with five total projects garnering $500+ million in commitment within the past two years, including the $20 billion Intel expansion in 2021 (see the Greater Phoenix Intelligence Report in this issue). Following the signing of the CHIPS and Science Act, a further $30 billion was committed jointly by Intel and Brookfield Asset Management for the company’s Arizona chip factories.

As reported in Site Selection’s September issue, Nevada has the potential to benefit from Arizona’s electric ecosystem as Nevada Lithium, a subsidiary of Lithium Americas, begins mining the Thacker Pass lithium mine this year. The deposit, discovered in 1975, is the largest known in the United States, and while only a small portion of it will be strip mined due to ecological protections, it is still estimated to produce a one-quarter of the world’s lithium by 2025.

The mine is a 1.5-mile-long, 380-ft. deep pit of lithium enmeshed with clay that is part of an extinct super volcano. Currently, Nevada only operates one lithium mine, but the development of Thacker Pass pushes Nevada into a pairing with Arizona for lithium battery production and makes it possible for the state to produce lithium-ion batteries start-to-finish in the future.

In July Redwood Materials announced a $3.5 billion factory investment on the edge of Reno, in Sparks. The company aims to reduce waste produced by EVs through lithium-battery recycling and lowering U.S. dependence on imported materials. The new factory will be among the first to produce essential EV battery components within U.S. borders.

Redwood already has partnerships with Tesla, Ford, Toyota and nearby Panasonic, who will be the first recipient of their EV battery anodes by the end of 2022. The investment will be spread over 10 years and produce up to 1,500 jobs.

Nanotech Energy announced plans in late 2021 to develop a 517-acre campus within the Tahoe Reno Industrial Center, with the first building opening this winter. The company produces graphene-based batteries, known to be lighter and faster charging than lithium-ion batteries.

President and CEO Mike Kazmierski of the Economic Development Authority of Western Nevada called the project a “game-changer” for the community by bringing in high-paying jobs. The project further aligns with the state’s goal of pushing clean energy and clean tech deeper into the economy and the state’s future.

Professional, scientific and technical services business establishments have seen the most growth in New Mexico, with the New Mexico Economic Development Department reporting in October that the sector saw 13.5% growth in physical business establishments over the past year. The state’s biggest recent project came this year with the announcement of a recycled-content aluminum can sheet rolling mill. The Los Lunas mill, a skip south of Albuquerque, is funded through an alliance between Ball Corp. and Manna Capital Partners, who have jointly committed $2 billion to the project.

Like Redwood Materials, Ball Corp. seeks to create a circular supply chain. “Further increasing recycled content in our products is key to boosting our sustainability and securing domestic supply of our key raw material,” said President and CEO Dan Fisher at the announcement. “This alliance complements the significant manufacturing investments Ball has made across the Southwest United States since 2020 to meet growing demand for sustainable beverage packaging.”

Last year Intel announced a $3.5 billion expansion to modernize its Innovation Hub in Rio Rancho, on the other side of Albuquerque from Ball Corp. in what was one of the largest capital investments in New Mexico history. Intel has invested over $19 billion in the state since 1980, and has grown to be New Mexico’s largest industrial employer.

The modernization will include upgrading production at the New Mexico site to produce Intel’s new Foveros technology, thin compute tiles stacked vertically rather than horizontally, which can be mixed and matched to meet different needs. 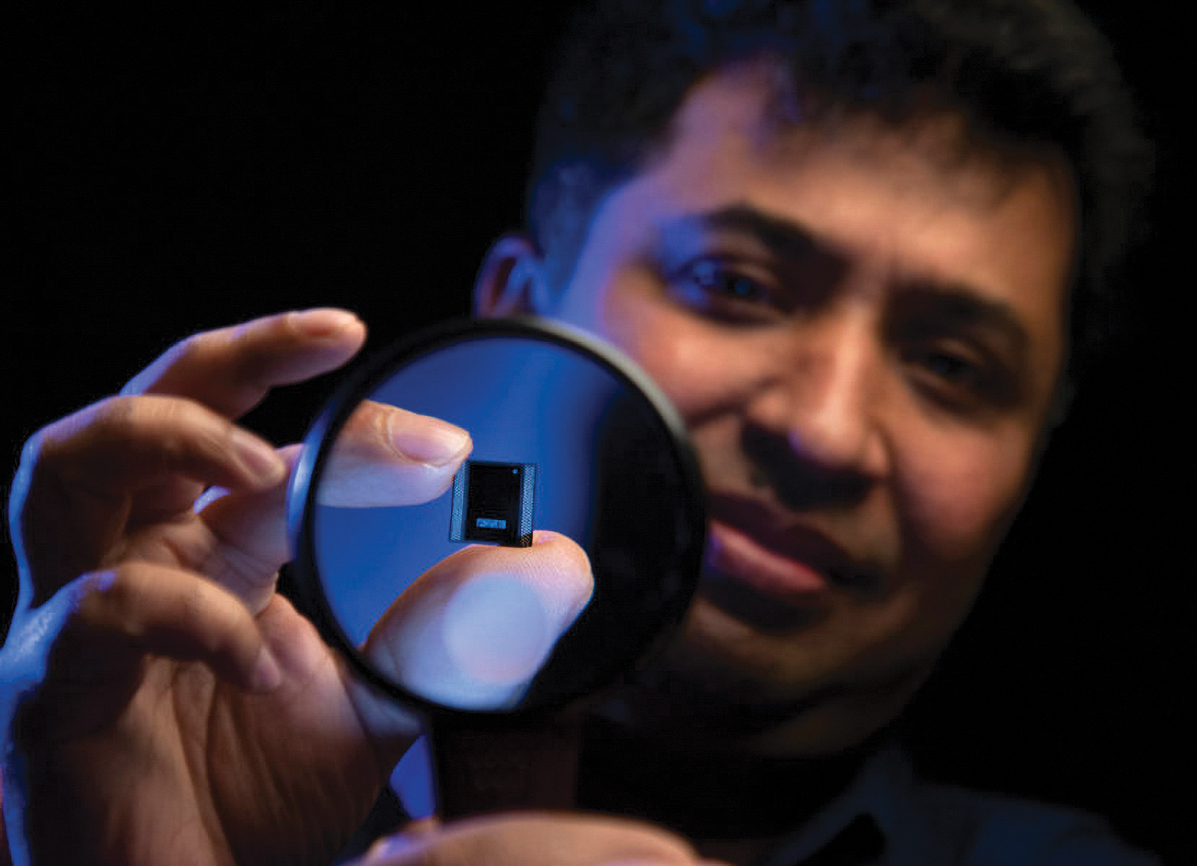 Intel Fellow Wilfred Gomes holds a processor with the advanced packaging technology Foveros, which will be produced at Intel’s Rio Rancho Innovation Hub in New Mexico as part of a $3.5 billion upgrade to the company’s facility.
Photo courtesy of Intel