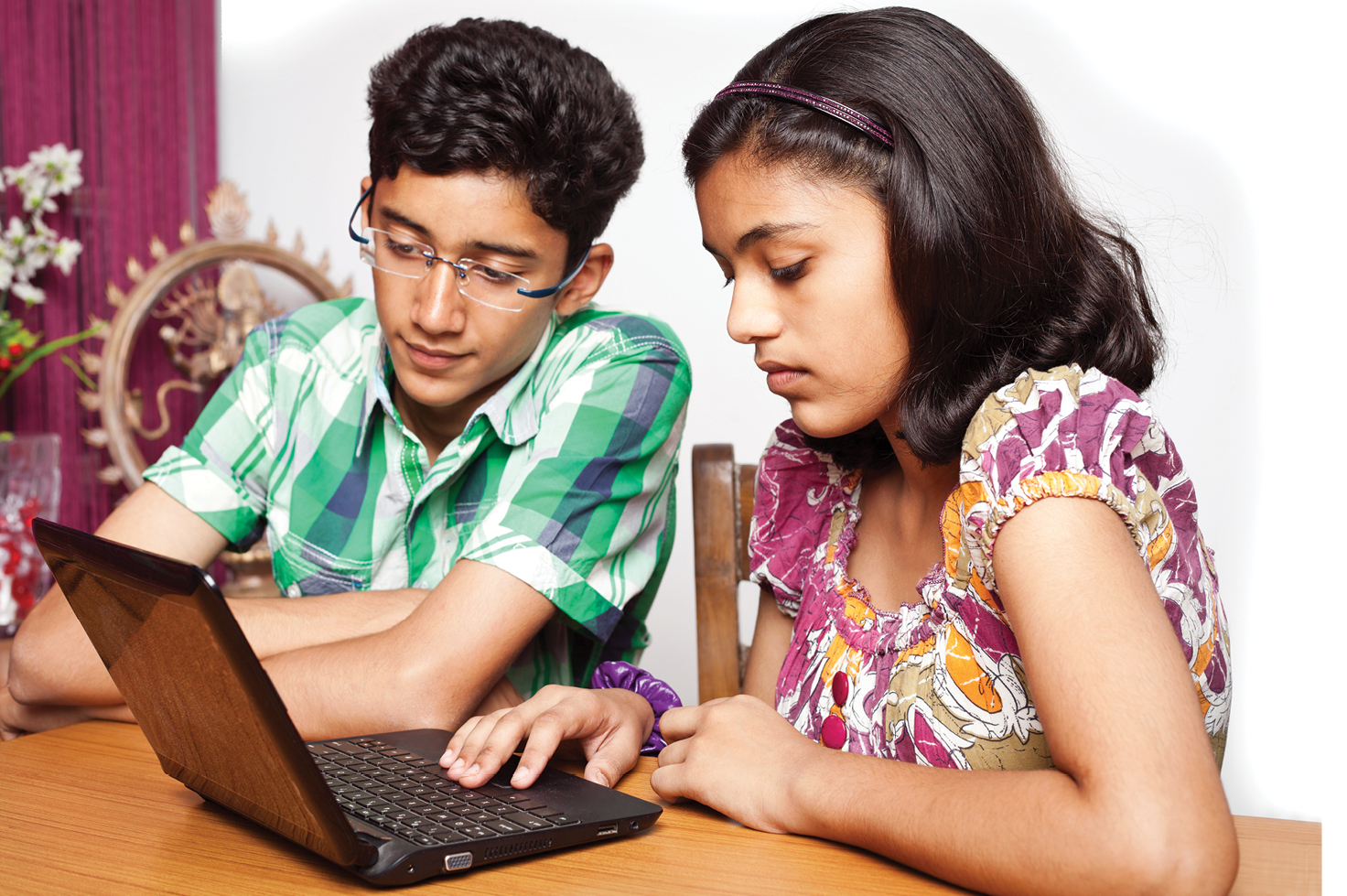 ndia’s consumer market, with its dramatic increase in demand, rapid economic growth and rising young technical labor force, makes it an increasingly interesting FDI destination. India’s economy is domestic consumption-driven by its population of 1.4 billion. It is the third largest economy in the world in terms of purchasing power parity, a fact that is increasingly impossible for multinational companies to ignore. The Indian economy has recovered to pre-pandemic levels, with real GDP growth in FY 2021-22 at 8.2%, 1% higher than in FY 2019-20.

Fast-moving consumer goods (FMCG) sales are fueling economic expansion, as they increased by 16% in 2021, driving a nine-year high in consumption-led growth. FMCG is the fourth-largest sector in the Indian economy, with a market size of US$110 billion in 2020. It is expected to double by 2025.

More than half of the overall revenue in FMCG comes from the urban segment, but rural markets show the fastest year-over-year growth. Market share is 50% for Household and Personal Care, followed by Healthcare (31%) and Food and Beverages (19%). The shift to an organized market, increasing rural consumption and e-commerce are the key drivers of FMCG growth in India.

Despite its English-speaking, low-cost, and well-educated technical labor force, India historically has not been a popular location to establish export-oriented manufacturing. But today, many companies are now making decisions to invest in manufacturing in India that can both accommodate growing domestic demand and serve as an export base.

India’s government recognizes that now is the time to promote manufacturing FDI. To lure foreign companies to invest in India, the government in October 2021 launched a new scheme called “Gati Shakti” or “Strength and Speed” to streamline the notoriously bureaucratic and cumbersome processes of establishing an entity and obtaining the numerous approvals and operating licenses to do business. Under this program, 16 ministries will be connected through a single digital platform, providing investors a one-stop solution for approvals. In October, Prime Minister Narendra Modi approved $1.2 trillion to boost the program and help speed up infrastructure projects, especially roads, railway networks, ports and airports. 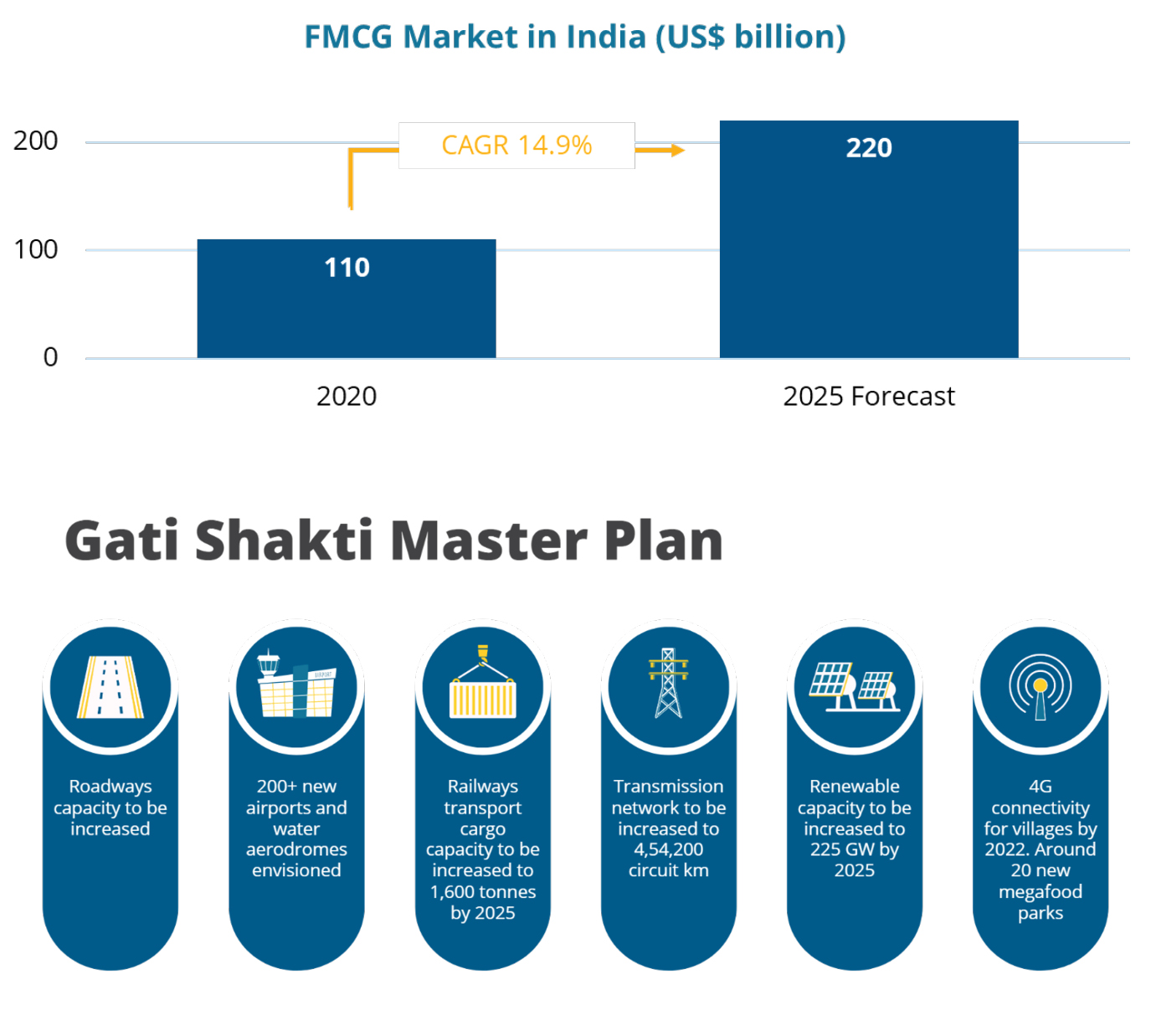 To encourage domestic and foreign companies to manufacture in India, the government introduced a series of Production Linked Incentive (PLI) schemes across 14 key sectors. The schemes provide companies with incentives based on sales of domestically manufactured products. The program also aims to create jobs and reduce the country’s reliance on imports from other countries. The program has been welcomed by MNCs across the country, particularly in the FMCG sector.

With the growth of FMCG, multinationals such as Hindustan Unilever, Nestlé and PepsiCo have expanded their manufacturing for domestic consumption as well as for exports to Canada, the U.K., Singapore and Africa. To promote investment into FMCG, the government has relaxed license rules in food and agrifood processing, allowing 100% FDI into single-brand retail and the cash-and-carry market, as well as 51% foreign ownership in multi-brand retail.

As MNCs increasingly factor supply chain resiliency and risk into their manufacturing location decisions, India is being seen as an alternative investment destination to China and Vietnam for electronics FDI. Over the past decade India has been the recipient of $14.28 billion in electronics and electrical equipment FDI. To further cement India’s position as an alternative location for mobile phone manufacturing, the government has also introduced a PLI scheme which aims to boost mobile phone manufacturing investment. In just the first quarter of 2022, 48 million smartphones were exported from India, an increase of 7% YoY. Growing disposable income, improving telecom infrastructure and the launch of budget-centric smartphones have contributed to the growth of mobile phone manufacturing. India’s smartphone market is anticipated to grow by 10.5% CAGR and reach $281 billion by 2028.

Leading smartphone companies such as Xiaomi, Samsung and Oppo, as well as third-party electronic contract manufacturers such as Bharat FIH and Dixon Technologies, have all invested for the domestic market and exports. In April 2022, Apple began manufacturing the iPhone 13 series in India and plans to start assembly of the iPhone 14 toward the end of 2022.

Textiles is one of the country’s oldest industries, with a diverse spectrum ranging from hand-spun to capital-intensive modern yarn and fabric mills. India is the world’s second-largest producer of textiles and garments with a market size of $103.4 billion and capable of producing a wide range of textile products for various market segments both domestically and internationally. In FY 2022, India exported textiles and apparel worth $4.4 billion, a 41.0% increase YoY. The sector is expected to grow at 10% CAGR to reach $190 billion by 2025-26.

Government initiatives have played a significant role in improving textile production. In addition to the PLI scheme, the government has supported the development of textile parks and clusters across India. It has also implemented a National Textile Policy, which enhances export performance to create better employment opportunities through technological upgrades, enhancement of productivity, product diversification and financing arrangements.

Much of the past decade’s $4 billion investment into the textile sector has been domestic from the historically strong and globally active Indian conglomerates such as Arvind Ltd, Welspun Group, Raymond Ltd. and others. With increase in purchasing power, trends in apparel are changing and higher-end segments are expected to grow faster at an average CAGR of 19%, while the mass market segments will continue unchanged at 8% CAGR.

This changing demand is attracting leading global brands to invest in the expansion of capabilities across the supply chain, from sourcing to direct consumer sales through traditional brick-and-mortar retail and rapidly increasing e-commerce channels. Global leading apparel brands like Marks & Spencer, Zara, Benetton, Levi’s, Nike, Adidas, Puma, Hugo Boss, Liz Claiborne and Diesel, among others, are expanding their presence and footprints.

India has long had its own unique, domestic-focused automobile industry with a design on delivering smaller, more affordable cars. Leading Indian automakers such as Tata, Mahindra and Bajaj Auto have evolved and transformed into emerging global players. India is the fifth-largest automobile market globally, with a market size of $100 billion that is expected to reach $206 billion by 2026. There is enormous domestic potential for automobile assemblers and parts and components producers, and India is emerging as a global hub for auto component sourcing, with over 25% of its annual output exported.

India’s government is encouraging localization and reduction of import dependency of the auto sector by announcing policies such as the PLI scheme that promotes 100% FDI, a vision for four-fold growth over the next 10 years. This has spurred FDI from leading global automotive players including Nissan, Mercedes, Volkswagen, Goodyear Tire and Rubber Company and many others, resulting in $32.84 billion in FDI over the past decade and $4.9 billion in Q1 2022.

Challenges and Opportunities in the Indian Consumer Market

According to World Bank data, India’s ease of doing business rank has improved from 142 in 2014 to 63 in 2022. Despite improvements, India still has major challenges, such as the time and process to start a business, upholding contracts and registering real estate. Another obstacle is the decentralization of power and decision-making to the state level. Varying political leadership, governance, taxation and labor relations in each state make it extremely hard for foreign investors to navigate these differences. The Modi government has been addressing these challenges.

The Indian consumer market is forecast to grow and evolve, and this will drive FDI into India over the next decade. JPMorgan Chase CEO Jamie Dimon recently said in an interview, “India has built an enviable digital infrastructure that will help it achieve the distinction of being the fastest-growing economy in the world for the next 10 years, and the springboard for this could be the rerouting of the global supply chain so that companies are not as dependent on China.”

MNCs that take a measured approach and develop a strategic business plan prior to investing will be best positioned to manage the complexity and diversity of India’s bureaucracy and take advantage of India’s regional marketplaces and export potential.