Billions of dollars and millions of residents combine to make Greater Phoenix a robust gateway for business. 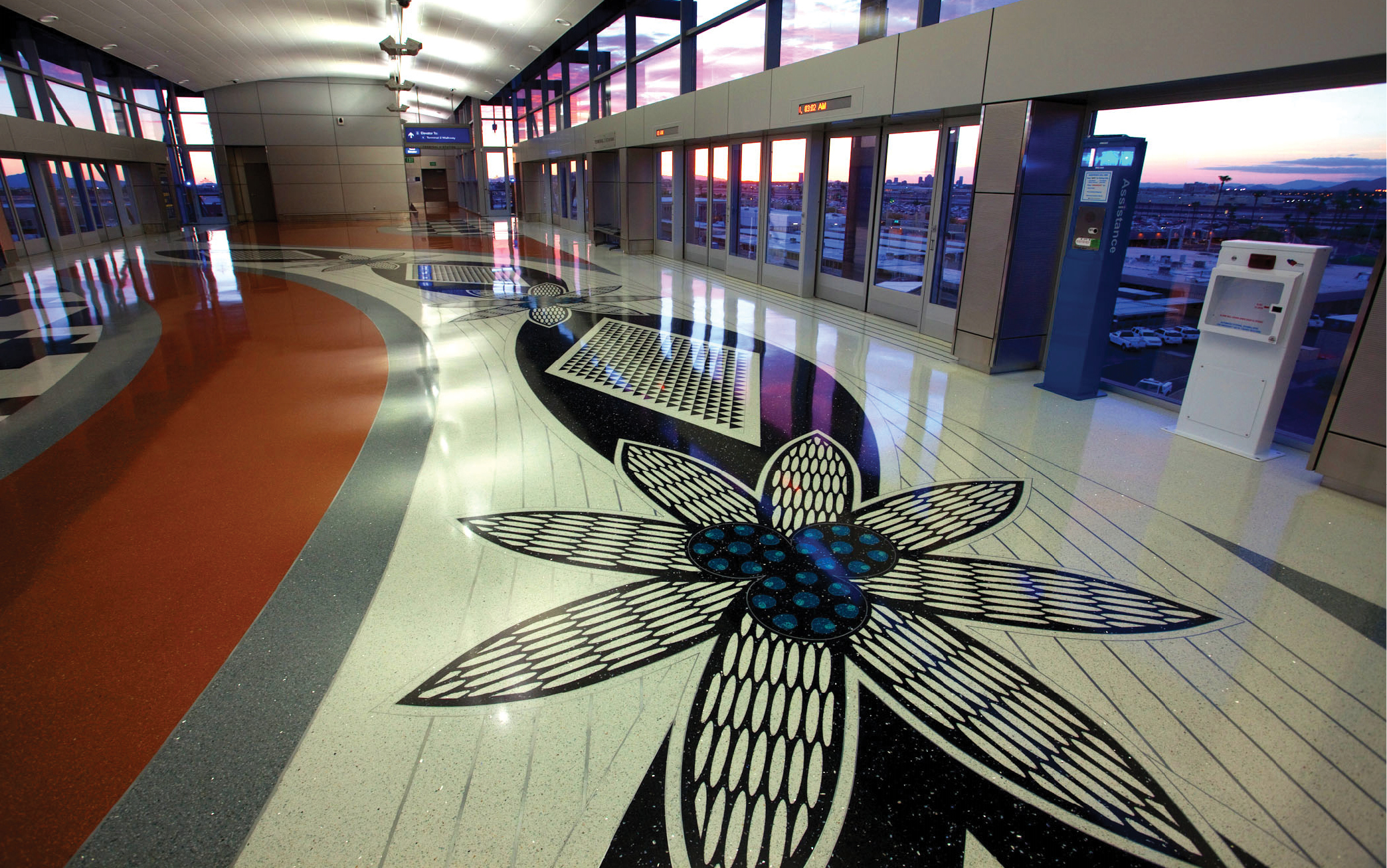 f you like leading indicators, Greater Phoenix, Arizona, has a few to call to your attention. Maybe a few dozen.

From July to August 2022, Arizona saw the largest increase of any state in construction jobs, adding 5,300 positions. It might have something to do with tens of billions of dollars in semiconductor industry investments. But it might also be related to activity involving data centers, logistics facilities, mixed-use campuses and master-planned communities. Among the region’s prominent mixed-use projects is Elliot Tech Center, a 1 million-sq.-ft. industrial and retail project within Mesa’s Elliot Road Technology Corridor being developed by Thompson Thrift in the Gateway area directly north of Apple’s Global Command Center and east of the Meta Mesa Data Center (under construction) and the forthcoming Google Data Center.

A related indicator comes from the biannual national RLB Crane Index issued by construction advisory firm Rider Levett Bucknall, whose North American corporate offices happen to be located in Phoenix. The Q3 2022 report showed an increase in the number of cranes in nine of the 14 monitored North American cities, including Phoenix, which added one crane to its previous count, a machine hard at work on the 28-story PALMtower residential high-rise project downtown.

Living space is essential for a Phoenix-Mesa-Chandler metro area population that grew by 15.6% from 2010 to 2020 and is closing fast on 4.9 million, a significant chunk of a state population of more than 7 million. As that talent base expands, its diversity does too, as organizations in the majority-minority region seek “to recruit and lead on a global scale,” says the Greater Phoenix Economic Council (GPEC), “enhancing and enriching our economy in an environment that cultivates innovation, ingenuity, and community.”

Another sign? Adding to its leadership in water use and conservation, Phoenix wants 280,000 electric vehicles on its streets by 2030 — a big jump from the 28,770 EVs registered in the entire state as recently as June 2021. But policies — and hundreds of charging stations — are being put in place to make that dream a reality.

Diversity and sustainability are significant aspects of GPEC’s positioning of Greater Phoenix as an emerging continental gateway, a technological hub building on its leadership role in the Southwest to link interests across all of South America, Central America and North America with its unique blend of cultures, lifestyle and infrastructure.

Today’s work-from-anywhere world makes culture, sustainability and daily life more important than ever. Cultivating a culture of everyday learning and skills development is what will make those people and their employers continue to arrive and remain in droves.

Phoenix’s leadership is a big reason Arizona uses less water today than it did in 1957, despite a significantly larger population.

The indicators are strong here too, beginning with a new watermark at Arizona State University, where the Ira A. Fulton Schools of Engineering recently reached a record high enrollment of 30,000 students. The Fulton Schools recently launched the School of Manufacturing Systems and Networks to meet the demand for an advanced manufacturing workforce.

Regional institutions such as water and power provider Salt River Project (SRP) know how to get in on the skills game too, offering new STEM, history and social science grants for innovative teachers who want to enrich their classrooms and learning strategies. SRP contributes more than $1.4 million to education initiatives, grants and partnerships throughout Arizona. Meanwhile, AZNext is a public-private partnership designed to create a workforce development ecosystem to meet the demand for next-generation jobs.

Feet Do the Talking

One sure sign of the region’s growing national stature is the fact that two of 34 leaders appointed in August 2022 to the U.S. Commerce Department’s U.S. Investment Advisory Council are Arizona Commerce Authority President and CEO Sandra Watson and Greater Phoenix Economic Council President and CEO Chris Camacho. It comes at a time when Greater Phoenix is not only the fastest-growing market in the country, but international prospect activity is at an all-time high, GPEC says, aided by a geographic location attractive to semiconductor, EV, aviation and other industry sectors looking at a binational supply chain strategy. Things couldn’t be aligned better to serve the needs of those looking to be competitive within the USMCA framework.

Among those recently choosing the region for their own competitive advantage:

New York–based Dynarex Corporation, a durable medical equipment and disposable medical products company, opened a new industrial warehouse in Glendale to serve as its Southwest regional distribution facility, tripling the capacity of its previous facility in the area. Williams-Sonoma has leased a 1.25-million-sq.-ft. warehouse in Glendale too. Nestlé USA is investing $675 million in a new beverage facility there as well. Expected to be operational in 2024, it will create over 350 jobs. Arizona provides an ideal environment for Nestlé by offering close proximity to customers and consumers in the western U.S., reducing transport timelines and emissions.

“Nestlé selecting Greater Phoenix for its most innovative factory and distribution center is a testament to the region’s infrastructure and ability to fulfill the demands of industry giants,” said GPEC’s Chris Camacho.

In Casa Grande, Kohler Co. is building a 1-million-sq.-ft. greenfield plumbing products manufacturing, warehouse and office complex. The Wisconsin company sees the population trends as clearly as the rest of us. “This new plant will provide the needed capacity to support our strong growth projections for STERLING Vikrell bath and shower products,” said Shawn Oldenhoff, president of Kohler Kitchen and Bath North America.

Strong growth projections come with the territory in Greater Phoenix. See why in the pages that follow.