OZ Funding Is Up, and Baltimore Is All In 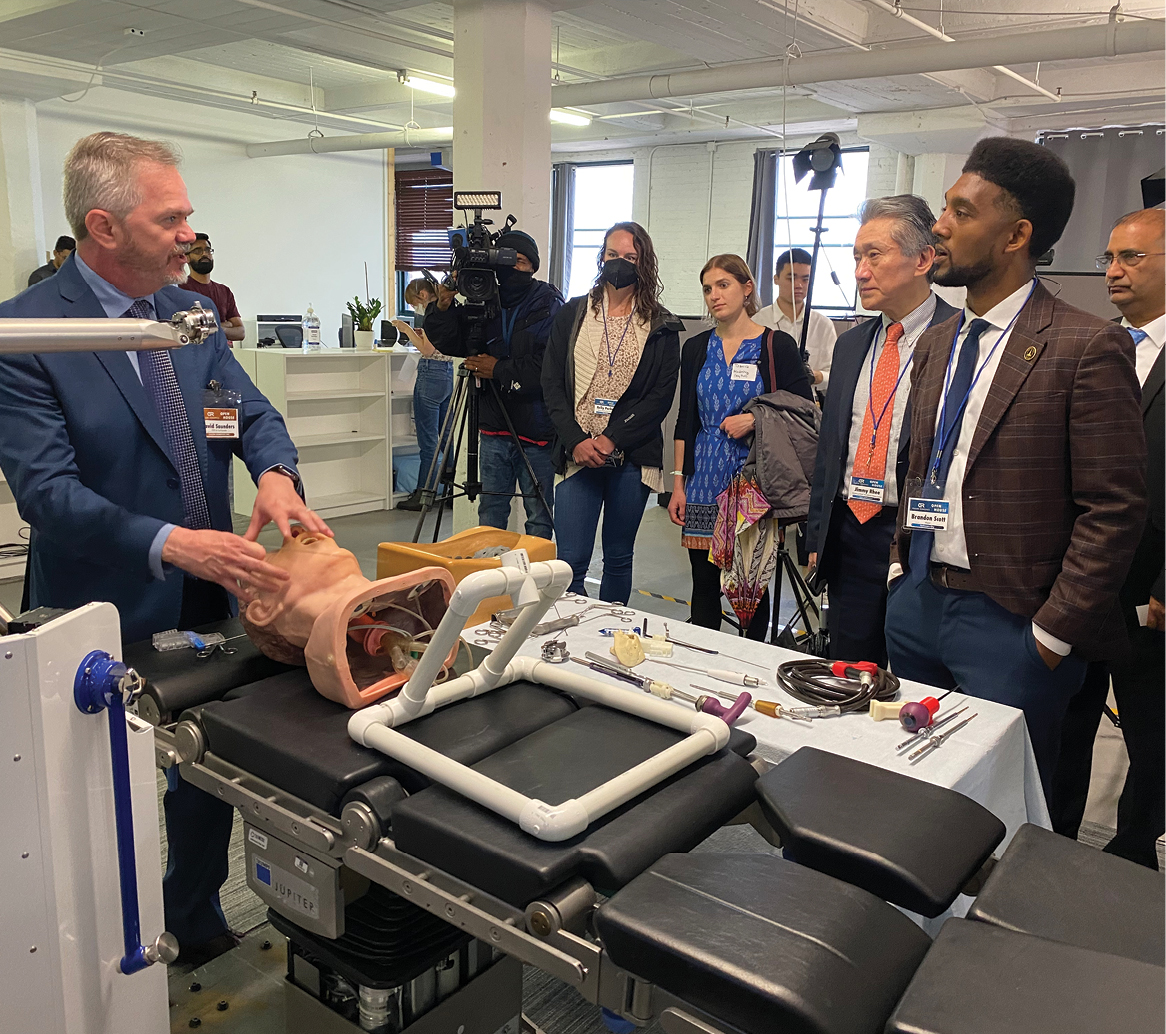 he dollar amount invested in Federal Opportunity Zones climbed to another high in the third quarter of 2022, according to figures released in late October by Novogradac. The California-based consultancy is among the organizations that track and support the 50-state policy conceived as a market-guided propellant for economic dynamism in low-income communities. Others include Economic Innovation Group (EIG), whose billionaire founder Sean Parker is the policy’s spiritual father. According to Novogradac, Q3 investments through Qualified Opportunity Funds (QOFs) reached $32.69 billion, outpacing the record Q2 tally of $30.49 billion.

Consistent growth in OZ investment and some demonstrably successful outcomes aside, much ink has been spilled criticizing the program launched in 2017 under then-President Trump. The OZ project, says an emergent wisdom, is a boon to wealthy investors and developers (check) that skews toward residential rather than operating businesses (check) in a concentration of areas already showing promise (check) in support of projects that would have gotten off the ground without the federal incentive (inconclusive).

Broad-stroke assessments are risky, though. Results differ widely across the 8,764 census tracts into which investments through QOFs can confer distinct tax advantages. Moreover, data is woefully inadequate, due in large part to the last-minute elimination of disclosure requirements in the program’s original authorizing legislation. Novogradac, for example, has cautioned that its OZ investment numbers may be low by as much as a factor of four, limited as they are by information gleaned from press releases, SEC filings and voluntary submissions by QOFs. A bi-partisan bill in Congress seeks — among other measures — to resurrect the omitted disclosure mandates and thus provide a more accurate picture of the OZ policy’s impact. Supporters of the Booker-Scott legislation express hope that it will pass within a year’s-end omnibus package.

Baltimore: Why Not Try?

From the get-go, nothing about OZs has been perfect. Baltimore’s response was to give it a shot. Today, the city is widely viewed as doing OZs better than most, its approach seemingly guided by the notion that the perfect need not be the enemy of the good. With 42 of Maryland’s 149 OZs within Baltimore’s boundaries, the Baltimore Development Corporation (BDC) signaled an early embrace by hiring an Opportunity Zone coordinator, the position funded by the private Abell Foundation, whose philanthropic efforts are focused exclusively on Baltimore City.

“We were pretty early out of the gates,” says Ben Siegel, former executive director of the Johns Hopkins 21st Century Cities Initiative, who took the OZ Coordinator job four years ago. “We made a determination,” Siegel tells Site Selection, “that if we don’t do anything, then nothing’s going to happen. And here’s this available incentive for private investors and outside capital.”

With BDC having since been cited by Forbes as one of 10 “trailblazers” in the OZ firmament, Siegel suggests that efforts to promote investment within Baltimore’s OZs are producing important results that extend beyond them.

“It’s brought an inflow of capital,” he says. “We’ve attracted investors who had never thought to look at Baltimore. They’re here for the first time because of Opportunity Zones. They wouldn’t be here otherwise.”

In an early coup, Siegel leveraged OZ incentives — sweetened, no doubt, by a $250,000 state tax break — to persuade Galen Robotics, a Johns Hopkins spinout that makes surgical robots, to move to Baltimore from Silicon Valley. After a stay at the City Garage innovation hub within the heavily capitalized Port Covington OZ, Galen this year unveiled a 5,000-sq.-ft. headquarters in a renovated factory in Southwest Baltimore’s Pigtown OZ, “by no means,” says Siegel, “an area that investors are attracted to.” Galen’s new neighbors at 1100 Wicomico, an eight-story, century-old former storage facility, include startups and a coworking suite. A “Baltimore Innovation Center” is planned for the top three floors, with hospitality and retail at street level.

Galen received an early investment from Verte OZ fund, a College Park–based QOF whose portfolio also includes Outlook Visual Effects Company (see “Baltimore is Wired for Tech Entrepreneurs,” Site Selection July 2022) in the West Baltimore Opportunity Zones Cluster. Last year, Verte spun off a second QOF in partnership with MDC Studio, a med-tech startup of the Maryland Development Center Partnership. The MDC-Verte Impact Fund was created to support MDC’s client companies, all of which are located within a Baltimore OZ.

Siegel says the volume of OZ investments in Baltimore is fairly split between businesses and residential, with residential representing up to 90% of the dollar amount. In West Baltimore’s Penn North neighborhood, a $1.1 million investment by Woodforest CEI-Boulos Opportunity Fund is helping to fund the renovation of a neglected but potentially very cool strip of row houses. The Zero Energy North Avenue Affordable Housing project is to create 20 sustainability-geared apartment units targeting households earning 50% to 80% of the area’s median income. Four commercial storefronts are to be leased to local Black-owned businesses and neighborhood nonprofits.