Why Foreign Investment in the U.S. Is Surging 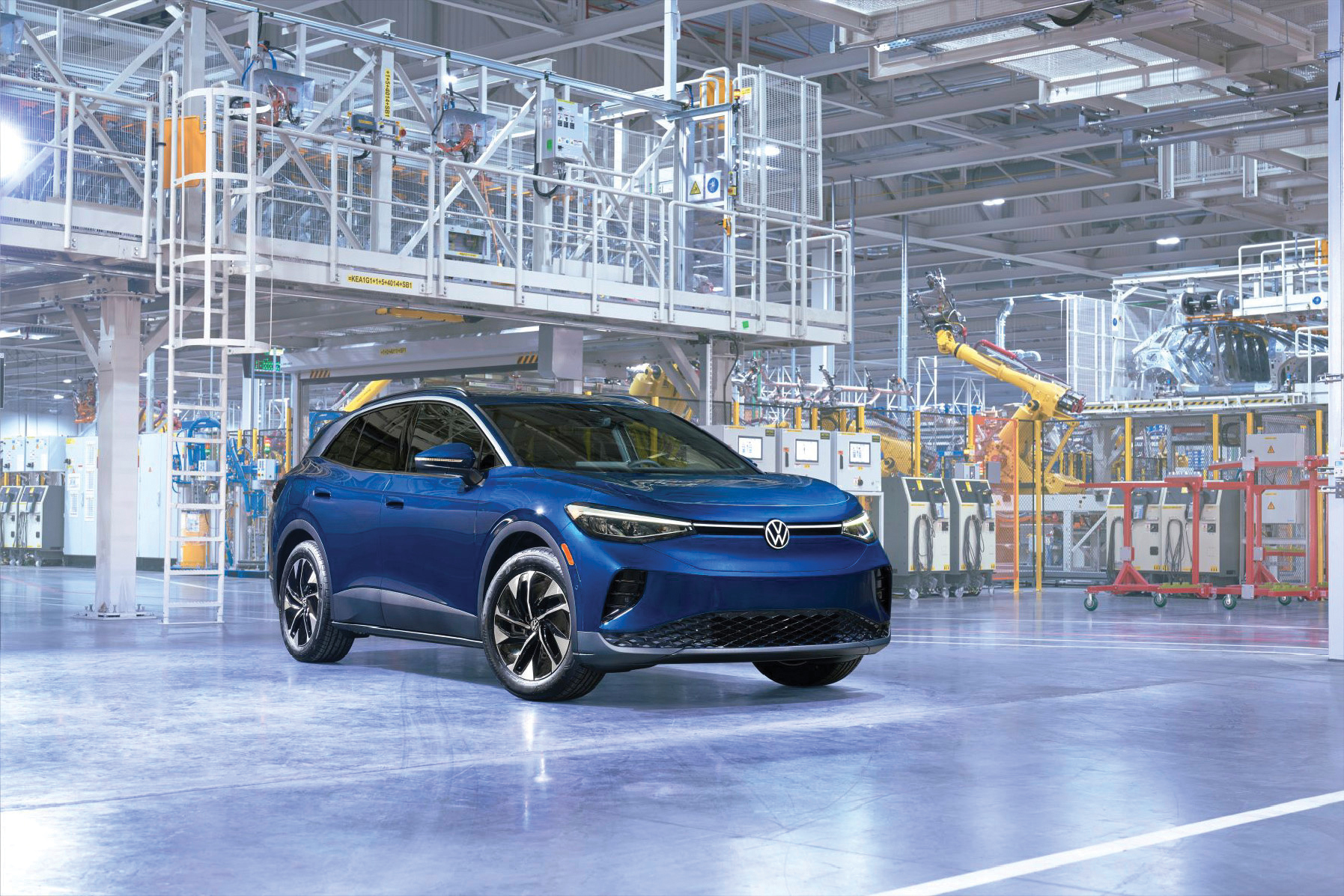 Volkswagen of America in July marked the start of production of its all-electric ID.4 compact SUV in Chattanooga, Tennessee, the company’s first EV assembled in the United States.
Photo courtesy of Volkswagen AG
by Harry Moser, Founder/President, Reshoring Initiative
G

eopolitical unrest and U.S. industrial policy are driving foreign direct investment (FDI) in the United States. Strains from the Russian invasion of Ukraine are causing EU energy costs to skyrocket, affecting in particular the chemical industry and industrial processes that rely on natural gas. The threat of China decoupling and the possibility of a Taiwan-China conflict are causing companies to shorten supply chains and consider regions closer to markets served. U.S. policy to ensure economic and national security of essential goods and green energy solutions is incentivizing organizations to consider manufacturing operations in the U.S. Consequently, mounting global shifts are driving a compelling opportunity for FDI.

For years, EU industry prospered from cheap Russian gas, but energy prices surged in September after Russia shut down gas flows through a major natural gas pipeline. EU companies in natural-gas-intensive industries were pummeled by soaring prices, pushing them to consider shifting production to the U.S. where energy prices are much lower and more stable and green energy incentives are attractive.

Amsterdam-based chemical firm OCI NV plans to expand its Beaumont, Texas, facility to produce ammonia that can be transported to Europe and Asia. “It really tips the scales in the U.S.’s favor,” said Ahmed El-Hoshy, CEO of OCI NV. “It’s a no-brainer to go and do that in the United States.”

According to a Wall Street Journal report, “prices of liquefied natural gas (LNG) in Europe have nearly quadrupled over a year ago, and they are eight times higher than their U.S. equivalent.” Chemicals made from natural gas include polyethylene, polypropylene, plastics and fertilizer. Also impacted are industrial processes that use a lot of natural gas for heat, e.g. forging, heat treating and chemicals in general. “Natural gas is consumed primarily in the pulp and paper, metals, chemicals, petroleum refining, stone, clay and glass, plastic and food processing industries,” the Journal reported. “These businesses account for over 84% of all industrial natural gas use.”

The U.S. economy is the largest and about the strongest in the world, so it makes sense to produce here.

“One of the most striking things that we are seeing now is the number of companies — U.S. companies and global companies — that are committing to build and expand their manufacturing footprint in the United States,” Brian Deese, National Economic Council director, told The New York Times in September.

“When asked if these trends and shifts to U.S. production sites are fact or fiction, based on the number of large-scale manufacturing site selection projects we are leading today, we would unequivocally say it is a reality,” says JLL International Director of Supply Chain Consulting Rich Thompson.

For its part, Volkswagen plans to pivot to a more stable and predictable U.S. market as a resiliency strategy.

“We see that America will be untouched by what’s happening in Europe, so it should be geo-strategically a region in which we should invest more,” VW CEO Herbert Diess told The Wall Street Journal. Mercedes, meanwhile, has recently invested $1 billion in a battery factory in Alabama and in revamping its nearby conventional SUV factory complex to produce an electric SUV.

A recent survey in which around 350 member companies of German mechanical engineering business association VDMA participated shows that around one-third of them already manufacture in the USA. “Three-quarters of all respondents intend to expand business activities in the U.S. this year and next,” the VDMA said in September. “Around two-thirds of them want to strengthen their own service and sales, 37% are planning to expand their production, and 18% also want to expand design and development in the USA. According to the survey, two-thirds of the companies plan to increase their local workforces for this purpose. German mechanical engineering companies currently employ an estimated 100,000 people in the United States.”

Scaling up U.S. Manufacturing by the Numbers

Consider a recent report from global commercial real estate brokerage firm NAI Global, “Global Forces and Economic Changes Will Drive Demand for U.S. Real Estate for Years to Come.” NAI Global President & CEO Jay Olshonsky said there are “a number of forces in play — all happening concurrently — that are clearly establishing a reorganization of manufacturing processes and changes to supply chain management, all of which are driving demand for real estate services in the U.S., regardless of the volatile economy.” 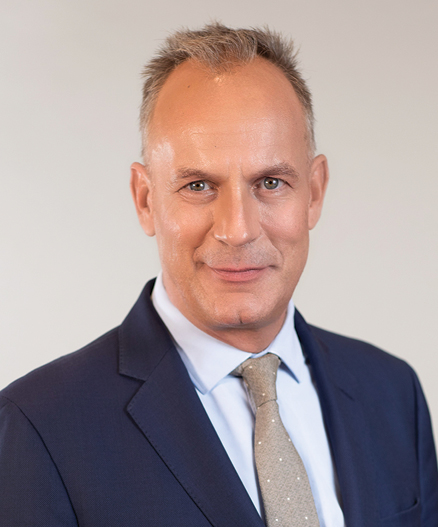 “The United States has long been a market of enormous importance for machine builders from Germany and Europe. Both the size of the market and the growth prospects, as well as the increasing geopolitical tensions, make it attractive to have a direct local presence.”

Evidence of companies scaling up manufacturing investment can be seen in non-residential building planning. Spending on U.S. factory construction is soaring, according to the Dodge Construction Index. Manufacturing construction starts reached a record $41.6 billion over the last year ending May 2022. That’s 161% more than the 12 months ending May 2021.

In May 2022, Tokyo-based auto components manufacturer Teijin Automotive Technologies broke ground on a $110 million expansion at its Indiana facility, creating up to 225 jobs. In June 2022, Teijin celebrated the official opening of its facility in Seguin, Texas, a location the company chose to produce pickup boxes for the 2022 Toyota Tundra pickup truck, motivated by customer responsiveness improvement, lead time and time to market.

Honda and South Korean-based battery maker LG Energy Solution will spend $4.4 billion to build a new battery assembly plant in the U.S. “Aligned with our longstanding commitment to build products close to the customer, Honda is committed to the local procurement of EV batteries,” said Honda CEO Toshihiro Mibe.

Site Selection’s own survey in January 2022 found that 71.5% of national site selection firm respondents said clients were now considering reshoring projects. A 2022 McKinsey study concluded, “The world will see a once-in-a-lifetime wave of capital spending on physical assets between now and 2027. This surge of investment—amounting to roughly $130 trillion — will flood into projects to decarbonize and renew critical infrastructure.”

Funders, manufacturers and entrepreneurs are interested in tapping into the tax credits and other incentives from the Infrastructure Investment and Jobs Act, the Inflation Reduction Act, and the CHIPS and Science Act of 2022. As a result, FDI investment announcements from energy, automobile and clean technology companies have skyrocketed.

The infrastructure bill grants the Energy Department $62 billion for clean-energy related projects. The Inflation Reduction Act of 2022 (IRA) unlocks nearly $370 billion in climate-related investments, making every stage of battery production in the U.S. attractive, including battery-mineral mining and refining, battery-cell production and recycling and battery-pack production.

South Korea–based Kia will begin producing EVs in the U.S. in 2024 in order to qualify for the EV tax credits in the IRA. South Korea-based Hyundai plans a $5.54 billion investment in an EV and battery plant near Savannah, Georgia. Osaka-based Panasonic, an EV battery supplier to Tesla, plans one battery plant in Kansas and is planning to invest $4 billion in a second battery plant. Greece-based Sunlight Batteries will invest $40 million to expand its North Carolina operations. 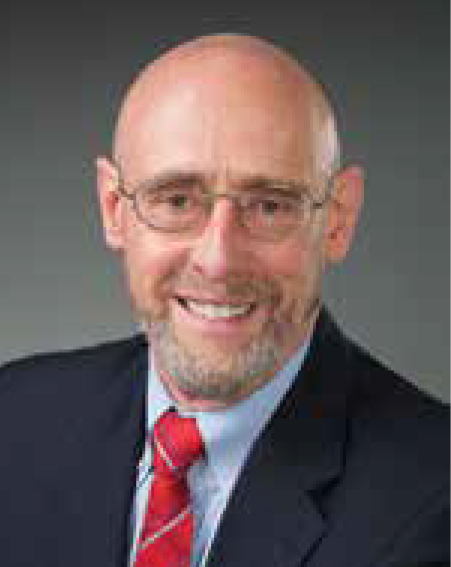 Harry Moser is the founder and president of the Reshoring Initiative®. For more information, visit www.ReshoreNow.org.

Semiconductor chips are essential to our economic and national security. The CHIPS and Science Act of 2022 was signed into law in response to the semiconductor shortage. It figures to benefit foreign and domestic companies alike. Idaho-based semiconductor manufacturer Micron Technology in August announced a $40 billion investment to build chip fabs, citing the CHIPS Act, grants and credits, and expected to create up to 40,000 jobs — the figure ballooned to $100 billion in early October when the company announced the mammoth investment in Ondondaga County, New York (see New York spotlight in this issue). South Korea–based Samsung is planning a $17 billion chip plant in Texas (alongside huge domestic investment in Texas by Texas Instruments). Apple’s chip supplier, Taiwan-based TSMC, expects to hire over 1,500 workers at its new $12 billion chip plant in Arizona, where billions more dollars are pouring in (see Greater Phoenix Intelligence Report in this issue).

According to Reshoring Initiative data, the most frequent factor reported for “reasons companies reshored or did FDI” is government incentives (1,594 cases from 2010-2021).

Now is an especially good time for companies to reevaluate the choice of domestic vs. offshore production.