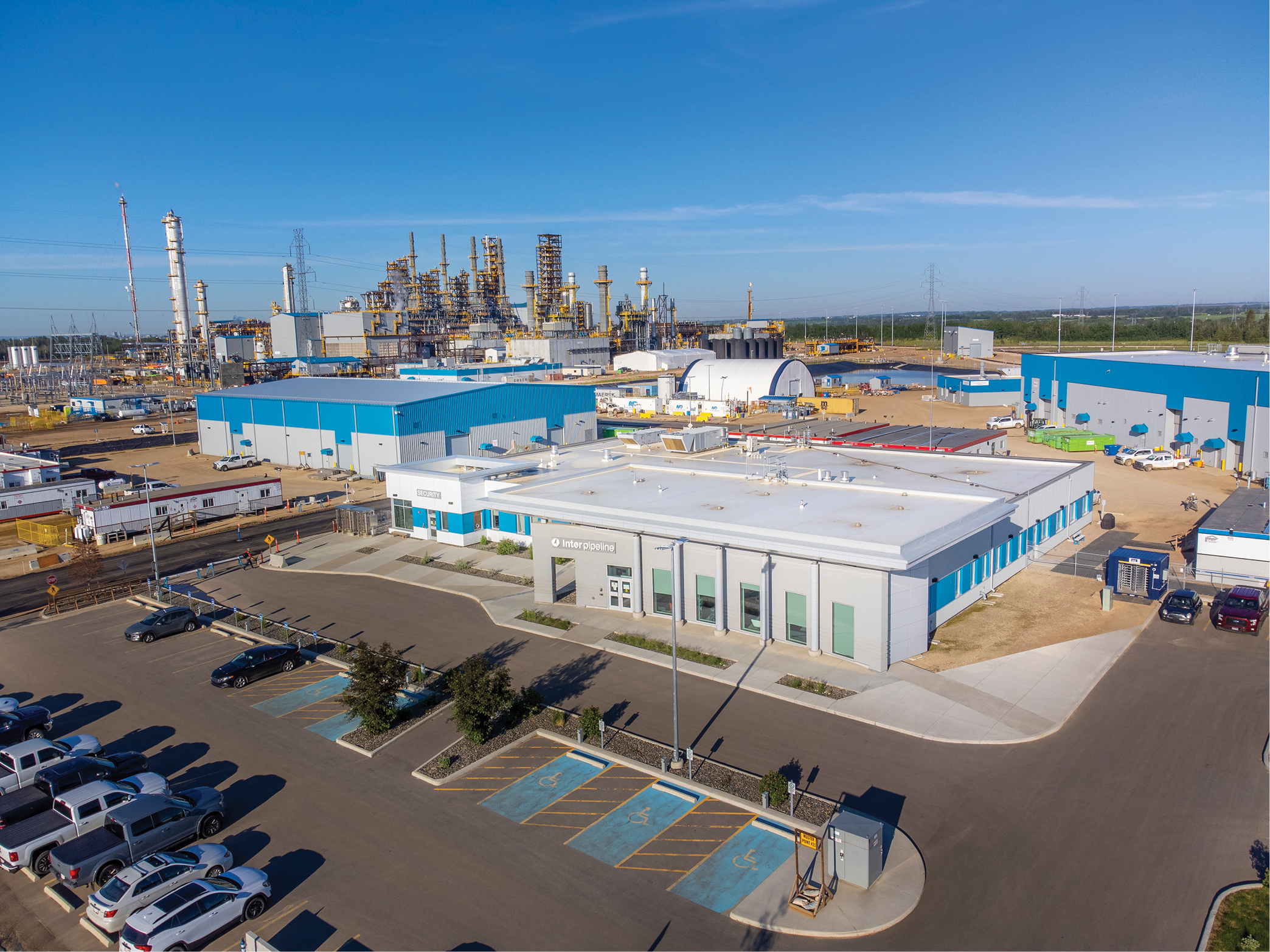 *Unless otherwise specified, all dollar figures in this article are in Canadian dollars. At press time, the exchange rate was C$1 = US$0.7748.
Courtesy: Inter Pipeline
by Gary Daughters
I

n the roughly two years since its inception, Alberta’s Petrochemicals Incentive Program has received grant applications for projects totaling some C$28 billion*, according to Dale Nally, associate minister of natural gas and electricity of the oil- and gas-rich province in western Canada. Nally led the program’s creation as part of a larger effort to compete for petrochemical projects with locations in the U.S.

“We looked at what was happening in the States,” Nally tells Site Selection. “And while we were sitting around patting ourselves on the back for having $12 billion worth of investment, we saw that the U.S. had generated [US]$250 billion between 2010 and 2020. So, we designed our program to level the playing field with some of the states that have incentives for the petrochemicals industry.

“We’re not going to be putting Louisiana or Texas out of business anytime soon,” Nally offers, “but for us, the Alberta Petrochemicals Incentive Program [APIP] is a game changer.”

Centered around a cluster north of Edmonton and increasingly expanding into other regions, the province’s petrochemicals industry is the largest by revenues in Canada. With global demand growing, and with Alberta sitting atop a 200-year supply of natural gas, Nally expects to see the industry expand to some $40 billion by 2030.

APIP, the incentives program, is a big part of that. Under a previous incentives regime that governed petrochemicals investment, the province approved or rejected potential projects based on a lengthy process that gave veto power to government officials in Edmonton. Rejected for backing after an arduous review, a top official of a global energy giant expressed such dismay, Nally recalls, that Nally committed on the spot to making changes.

“We no longer have a minister picking winners or losers,” he says. “It is a market-based approach, meaning that if you come to Alberta, if you use natural gas as a feedstock and you hire Albertans, then you will get the award.”

The incentives program offers grants of up to 12% of a project’s capital costs for investments of at least $50 million. Calgary-based Inter Pipeline, having commissioned a $4.3 billion polypropylene complex near Edmonton in July, is the first investor to have received payment toward its ultimate APIP award, a projected $408 million. Under a three-year payout structure, says Nally, accumulated tax revenues cover the program’s balance. 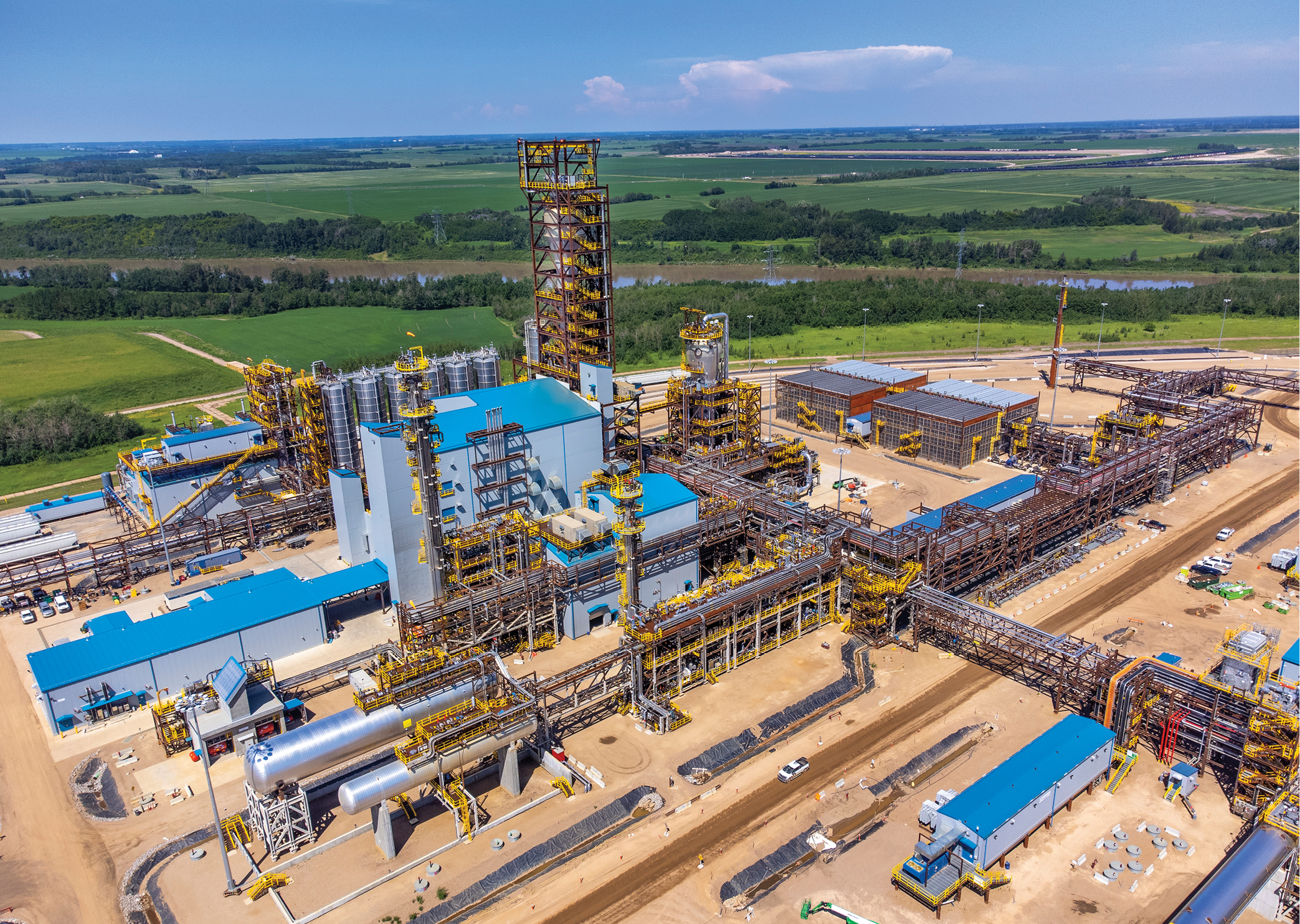 “Twelve percent is a significant grant by any measure,” he says. “They designed that program not just to compete with other jurisdictions, but to outcompete.”

Other recently announced investments include Shell’s plans for a large-scale carbon capture and storage project at its Scotsford Complex and a carbon transportation sequestration system planned by Pembina Pipeline Corporation and TC Energy.

Jim Fitterling, president and CEO of Dow, said that Alberta’s backing was “essential” to the company’s recently announced plans for a net-zero carbon emissions ethylene cracker near Fort Saskatchewan, calling Canada “a model” for how government investment can accelerate the development of zero emission technologies.

If this surge of new investments tends to lean toward notions of sustainability, that’s gravy as far as Nally is concerned.

“When we created this program, we never created it as a clean energy program,” he says. “But the investment we’re attracting is from responsible developers and responsible producers that want to do the right thing.”

Greenview Industrial Gateway (GIG), where NPC hopes to break ground next summer, looks to be a harbinger of Alberta’s clean energy future. Being developed by the Municipal District of Greenview on 2,000 acres of land recently purchased from the government, the GIG is conceived to be Canada’s first closed-loop industrial system, a value-added production chain that begins with abundant natural gas feedstock from the vast Montney Formation and ends with on-site carbon sequestration, a critical component for net-zero energy projects.

Reiling tells Site Selection he expects the GIG to support at least four major petrochemical operations, beginning with NPC and Calgary-based Cerilon, which purchased 200 acres in April for a $2.8 billion facility to manufacture ultra-low sulphur diesel and jet fuel. Cerilon says its gas-to-liquids (GTL) plant will have the lowest carbon footprint of any GTL facility in the world. Construction of NPC’s facility is expected to employ some 4,000 construction workers, with the completed operation to create about 400 permanent jobs. The Cerilon project is to employ a construction force of 1,600 with 80 permanent jobs expected on the back end.