Rod Colwell has a big plan to leverage lithium. 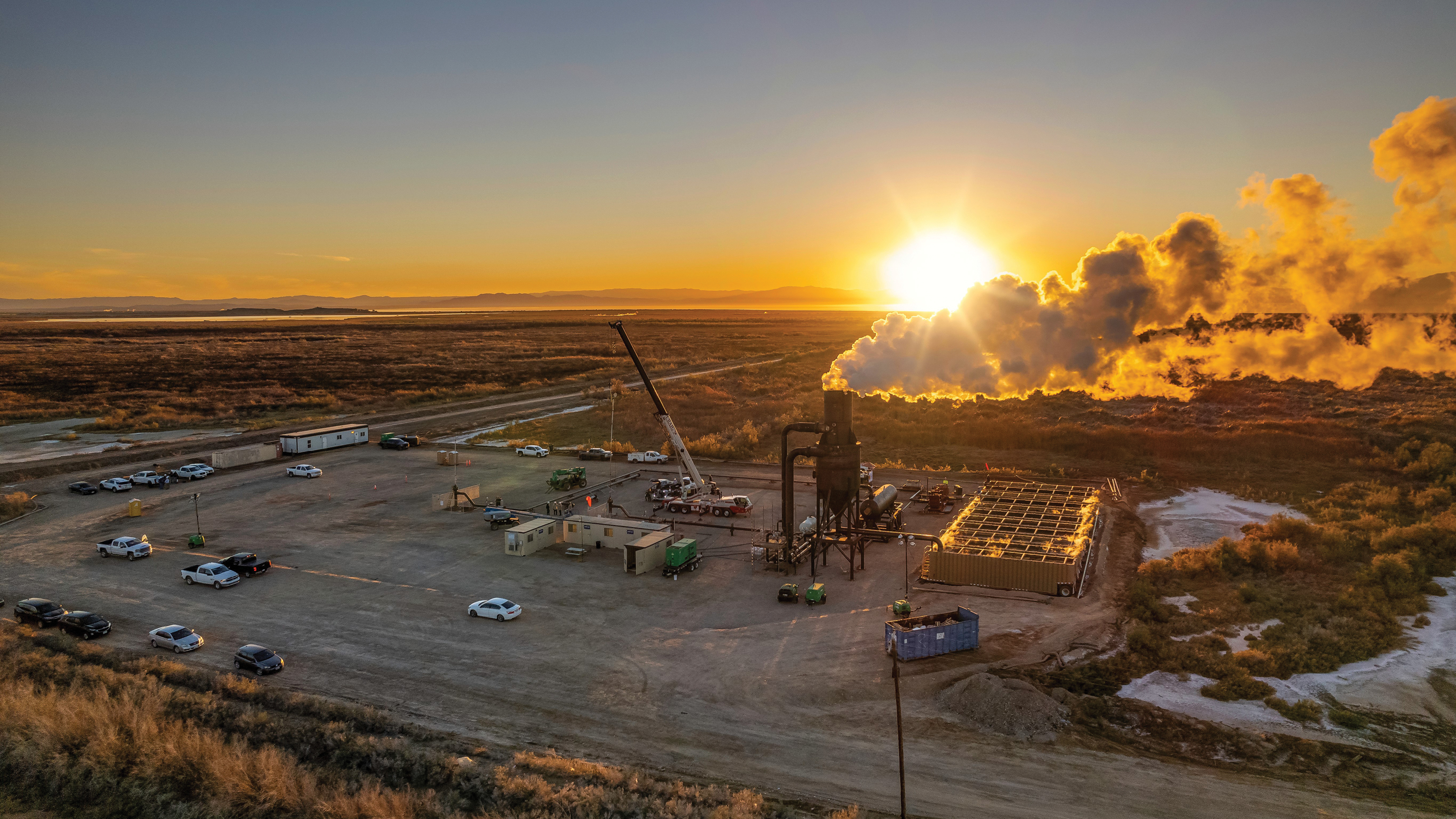 od Colwell, CEO of Controlled Thermal Resources (CTR), has a vision that goes far beyond the “Lithium Valley” rush that has been touted as the economic savior of a remote patch of southern California near the border with Mexico. The Imperial Valley’s Salton Sea, polluted so badly that it drove out the tourists decades ago, turns out to be an unapparelled repository of the mineral lithium, essential to the production of lithium-ion batteries and, thus, electric vehicles.

The California Energy Commission has estimated that the Salton Sea could yield 600,000 tons of lithium per year, more than current U.S. demand.

CTR, its Salton Sea enterprise exclusively focused up to then on a geothermal energy project, began to test new horizons in the late 2010s and hasn’t stopped since, although, Colwell says, “geothermal is still our backbone.” Berkshire Hathaway Energy Renewables and California-based EnergySource also have joined the Salton Sea lithium sweepstakes.

“The whole EV transition,” Colwell says, “really sort of caught us all by surprise. In a good way, though.”

But that’s just the beginning of the story, at least as far as Colwell and CTR are concerned. With some 97,000 acres under CTR’s control, Colwell is on the way to assembling what he envisions as a massive green energy campus for start-to-end manufacturing of products that require both lithium and lots of green electricity. He hopes to co-locate a data center as well.

“Cathode-active materials to cathode facilities is what we’re working with now,” Colwell tells Site Selection. “It’s a crying shame to have to send battery-grade lithium to China to turn it into a cathode and then send it back to the U.S. to the battery cell manufacturer. Trying to close the loop on the supply chain is what we’re trying to get on top of. If we can just put a pipe through the wall and not do all of that back and forth, it saves hundreds of millions of dollars on both sides and brings down the cost of the ultimate battery.” 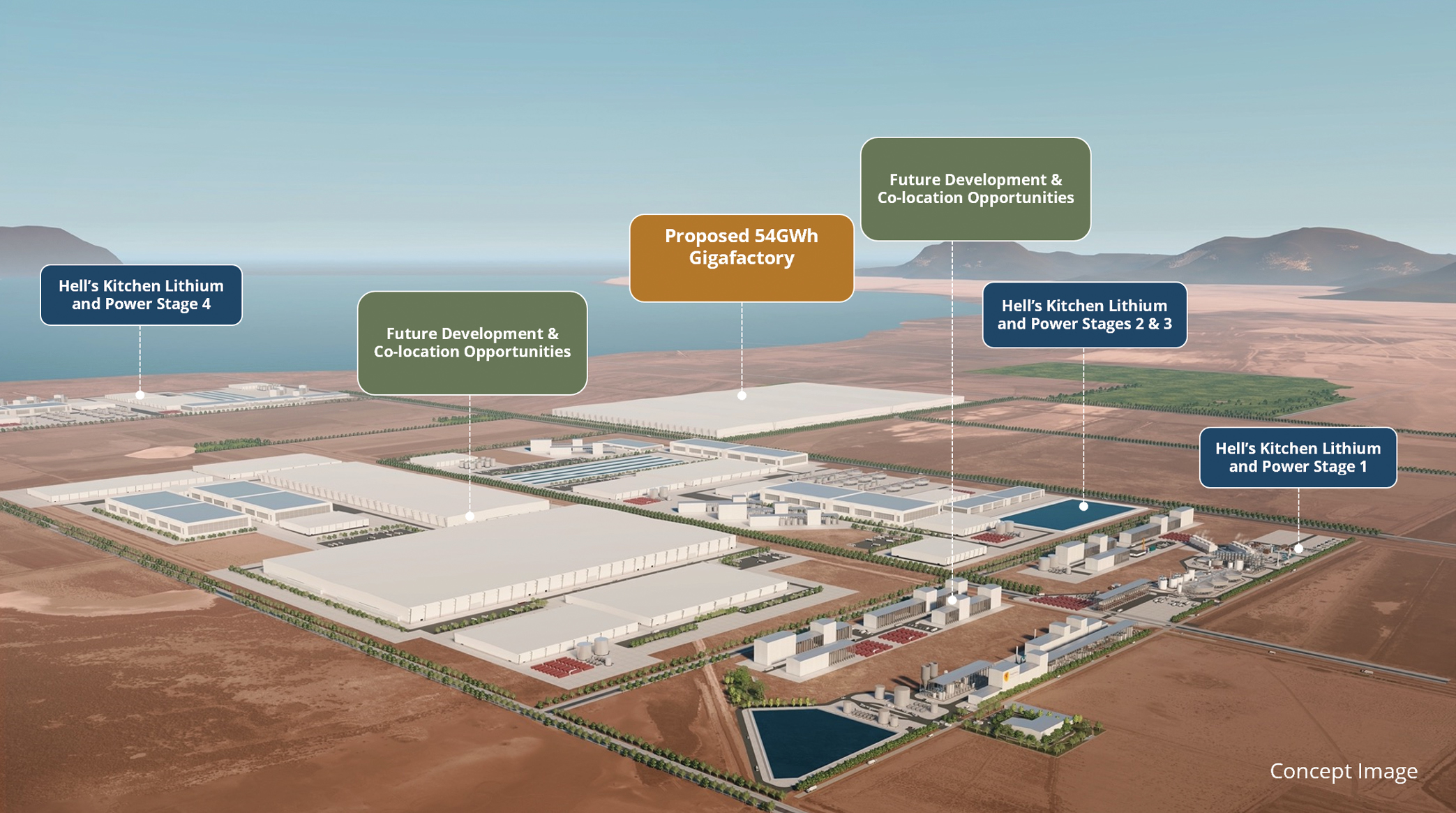 CTR’s vision of a closed-loop campus centered around green energy and lithium.

If the dream sounds far-fetched, it’s attracted some hard-headed believers, among them General Motors, which last year entered into a strategic partnership with CTR, giving the automaker first rights on lithium produced by the first stage of CTR’s lithium project.

“It was a great relief, to be honest,” says Colwell, “to get that validation.”

More validation came in April and June of 2022 through a lithium supply arrangement with Stellantis, and, more centrally to the vision of a green manufacturing campus, an agreement on the part of Italy’s Italvolt to build — as a new enterprise called Statevolt — a $4 billion, 54GW EV battery Gigafactory on land that CTR currently owns. CTR, true to its emerging model, would supply Statevolt with both renewable power and lithium.

Counting Britvolt, of which he no longer is part, Statevolt is the third such project led by Swedish entrepreneur Lars Carlstrom, who pulled his gasoline-powered BMW 850 to the side of the road in Stockholm to speak with Site Selection in late July. The planned Italvolt project near Turin, he acknowledged, has had a difficult time getting launched, not atypical of ventures into the world of EVs.

“It’s been a quite tough process with the engineering and all,” Carlstom offered. “You can’t just hire someone and say, ‘Build me a Gigafactory.’ ”

Expressing a hint of frustration with bureaucracies he has encountered in Europe, Carlstrom seems energized about doing business in the U.S.

“There’s a huge difference,” he says. “America is very entrepreneurial and positive, and people are constantly pushing for new things and new ways of doing them.” California, he believes, “is probably not the best place in terms of taxes and everything, but I can clearly see that California will be the first region in the world that will be fully EV, more or less. And,” Carlstrom says, “being close to the border of Mexico gives us another market for batteries.”

California’s reputation for taxing businesses to the point of frustration reared its head in late June, when Gov. Gavin Newsom signed a budget that imposes a flat-rate tax on lithium producers against the emerging industry’s wishes.

“Clowns,” says Colwell of the legislators behind the tax. “We proposed a percentage amount, which would enable us to grow and not kill us from the get-go. In California’s wisdom,” he says, “they came up with a flat-rate tax, which just made Chinese lithium cheaper.”

To Colwell’s relief, however, the lithium tax is to be reviewed every year, and state officials have agreed to potentially switching to a percentage-based tax should they become convinced to do so.

“It’ll get sorted out,” Colwell says. “It’s an unnecessary bump in the road, but we’re good.”

It is without apparent irony or reservation that Anatalio Ubalde declares that GIS Planning, the tech company he co-founded in San Francisco in 1998, has “permanently changed” the worlds of economic development and site selection. Through proprietary mapping, data visualization and analytics software developed by the company through the years, GIS can offer — at the touch of a keystroke — a virtual x-ray of a prospective location for businesses hoping to start, expand or relocate.

“We took a manual site selection process that typically took about three months,” Ubalde says, “and we compressed it down to about 20 minutes. You’re talking about a massive efficiency of time. Using our software you can do it in a matter of minutes.”

Newly designed for the California Governor’s Office of Business and Economic Development (GO-Biz), the California Community and Place-Based Data Tool is of a piece with online products that GIS has delivered to economic development agencies nationwide. The map-and-graphic-heavy package provides granular yet easily accessible data on counties, cities and regions across California, including information on infrastructure, labor pool, demographics, incentives, targeted industries and other metrics.

Online products such as those offered by GIS gained increasing exposure when the COVID-19 pandemic shut down in-person site visits. In a candid interview in mid-August, Ubalde asserted that in a post-pandemic world, economic development organizations that fail to adopt digital marketing strategies will face “irrelevance.”

On the vision behind GIS Planning:

“We weren’t quite sure when we started, which is why we have one of the most generic names ever, GIS Planning. We’re city planners and we’re using GIS. That was about as unspecific as we could be. At the time, though, we were creating some of the most innovative online maps that anybody had ever seen. Being able to draw insights from maps was something that was really new.”

“Our clients are city, county, state regional economic development organizations that want to promote themselves. The majority of the U.S. states are served by GIS Planning technology, as are the majority of the country’s 100 largest cities. Our end user, on the other hand, can typically be a business that’s looking to relocate or a commercial real estate professional. We empower businesses so that they’re not completely reliant on real estate advisors. They can do their own analysis and make smarter and better-informed decisions based on their needs.

“What we want is that site selection can become a simple community investigation. Simple in that non-technical people can access and understand data-driven insights, the same as a site selection expert. Economic developers want to communicate advantages that they’re trying to promote. We help facilitate that, but in a way that’s still objective. If the business is able to use data to convince themselves that your community is the right place for them, that is much more powerful than them being sold to.” 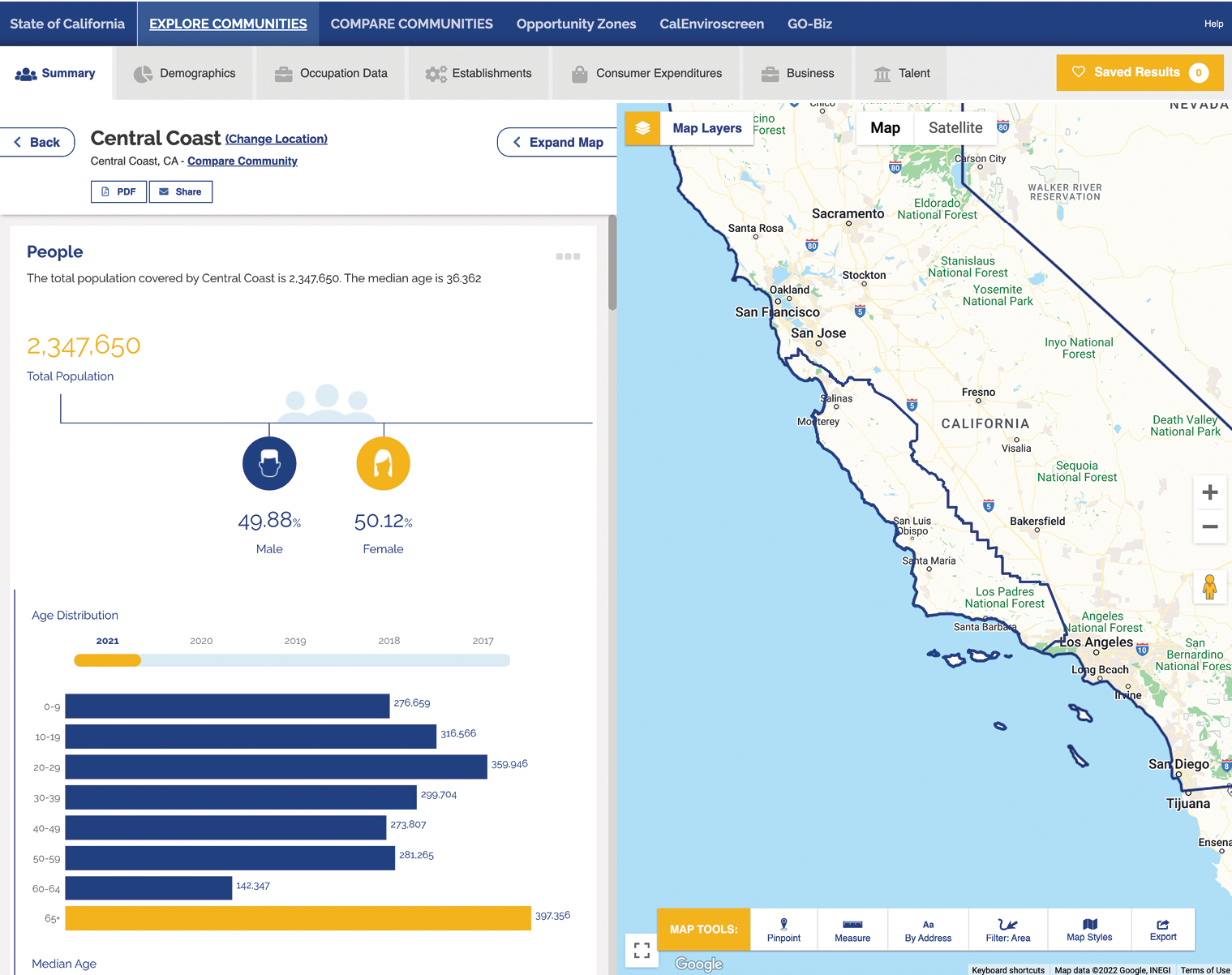 On who ‘controls the conversation’:

“In the early days of our company, economic developers were much more fearful about people having access to information about their location. They were trying to control the conversation. But it doesn’t work that way in an internet and social media age where everyone has a microphone. So, economic development organizations have had to decide whether they are going to help in the process of education, or will they be a barrier and an obstacle. Those that think they can still control the whole conversation, well, the world of the internet has destroyed their dreams.”

“I think that there is definitely a role for relationship building and personal connections in economic development.”