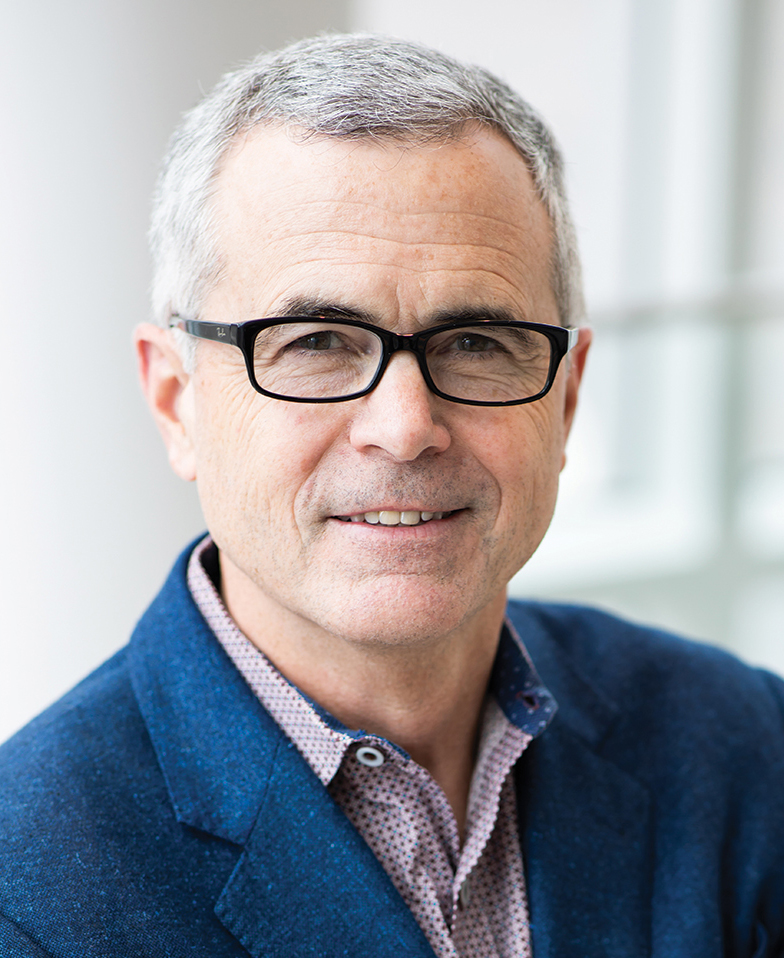 ooking back over the past year of my chairmanship of IAMC, two key points come to mind. First is that this year was a watershed of sorts. While COVID variants still threaten our public health, we have learned how to maneuver — and actually be productive — within new rules of business and social engagement.

The second is that, as chair, I think I had the easy part of this transformation. The heavy lifting through the worst of the past three years was accomplished by your previous chairs: Jennifer Roth and Colleen Caravati. They were the ones who negotiated through the puzzle of maintaining association interaction and camaraderie in the face of a global shutdown. Their leadership was inspirational. Getting back to in-person Forums and growing our Professional Development opportunities was, by comparison, the easy part.

Of course, none of us does it alone, and the IAMC staff has been supporting us all, through decisions both painful and hopeful. They have been working diligently to maintain membership — and membership engagement — throughout. This is a triumph not many associations can claim.

I will officially hand the baton to Karen Shchuka in Detroit, and I look forward to watching her — again with the full support of the IAMC staff — continue to explore how to achieve a sense of normality within these new rules of engagement.

It will not be a simple task. While COVID and its variants have become (more or less) a threat with which we have all learned to deal, there are new issues to address, some directly related to the overhang of the pandemic, some not. Whether the topic is inflation or the still-tangled supply chain or record-breaking hiring shortages, there will be plenty of problems to talk about and, it is hoped, plenty of solutions and workarounds to share.

The past nearly three years has been an evaluation of our membership, staff and leadership, and I am proud that we as an association have passed the test. As we pivot toward 2023, Karen can certainly count on our collective support. And each of us can continue to count on the help and guidance of the IAMC staff as well as the insights we all freely share.

After all, together we are IAMC. It is what we do.

Thank you for allowing me to serve as your Chair. It has certainly been my honor.

Chair, IAMC Board of Directors

If honors were awarded for dubious economic merit, the June inflation rate might take the gold. According to Trading Economics, inflation hit 9.1% midway through 2022, the highest since November of 1981.

President Joseph Biden in a July statement vowed to bring down the price of gas, urge Congress to pass consumer cost-reduction legislation and give full rein to the Federal Reserve “to combat inflation.” (And it did, raising the federal funds rate another 75 basis points in July.)

In the meantime, goods have to move from container ships to store shelves. And while we await more action from inside the Beltway, the private sector seems to be putting its trust in free enterprise.

“The supply chain in its multiple segments can work more closely together to increase transparency and maximize the utility of constrained resources,” says Mike Engstrom, general director of marketing, Consumer Products, for BNSF. “The biggest challenge is visibility over the life cycle of a shipment. While it’s simple enough to exchange information on a one-to-one basis, there’s room to improve visibility of a shipment across a complex supply chain consisting of shippers, rail, last-mile delivery, ports, customs, etc. Shipment handoff points are where bottlenecks can occur.”

“The supply chain in its multiple segments can work more closely together to increase transparency and maximize the utility of constrained resources.”

“That’s the beautiful thing about free enterprise,” says Keith Winters in Bloomington, Illinois, senior manager of Business Development for Dubai Ports World. “Things settle out through our own innovation. In fact, we’re starting to see a bit of a turn.” (More on that shortly.)

As one example of free market innovation, given the current shortage of container ships, Winters tells of entrepreneurs who are “repurposing old, mothballed boats to keep up with demand. They blew the dust off them and loaded them with containers.” (We should note here that our speakers all represent links in the supply chain: rail, shipping and as you’ll see shortly, trucking.)

What got us into this delivery fix? A recap of the drivers of the current situation has to start with the COVID-19 pandemic and the surge of shoppers clearing store shelves and turning to online resources.

“The COVID-19 pandemic would be the overarching contributor, which affected the ebbs and flows of freight volumes to extremes,” says the Fort Worth, Texas–based Engstrom. “Stemming from that, a shift in consumer buying habits from brick-and-mortar stores to online retail and workforce availability are also major contributors.”

But that was just the start. Werner Enterprises Corporate Real Estate Director Bill Luttrell calls what followed “a perfect storm.” Even as consumer demand grew last year, “we saw inflation raising its head. Now it’s taken on a life of its own.” He adds to the mix the added pressure of global geopolitical events such as the war in Ukraine, and an unprecedented labor shortage.

Then there are the striking West Coast dock workers. While vowing to keep goods moving during negotiations, the issue only underscores the ultimate fragility of links in the chain. In the midst of all of this, “the government is now faced with trying to create a soft landing or we go into recession,” he says.

Now and through the mid-term, Luttrell believes, the major problem is one of capacity. He regularly monitors the Fed’s Manufacturing Capacity Utilization Rate data. The rule of thumb, he explains, is that, at 80%, the industry typically starts investing in new plants and equipment, an option hobbled lately by the growing scarcity of industrial real estate and the resulting increase in pricing.

What’s more, he says, “the average utilization rate across all industries is currently at 80%, and oil and gas refining capacities are in the upper 90s. Several companies are scrambling for new space just to store product” while the supply chain works out its challenges.

For Winters, the major issue arises at an earlier stage in the process. “To me, the biggest issue is the raw materials,” he says, pointing out, for instance, that 85% of the lithium for batteries is sourced from only three countries. “If you can’t do business with those three, you’re toast.”

Which, of course, has implications for the trend to nearshoring and reshoring. “The real paradigm shift is that globalization has peaked,” says Luttrell, who is based in Omaha. “We are quickly moving toward more regionalization. Today you can procure almost anything in any of the four major regions of the world, including most raw materials.” Fueled in large part by the current supply chain needs, the move to regionalization improves overall delivery times, reduces logistics costs and has a more positive impact on the environment and sustainability.

That’s the beautiful thing about free enterprise. Things settle out through our own innovation.

Trucking firms face the same problem. Class-8 truck manufacturers are producing significantly fewer new vehicles, due as well to their reliance on chips. The driver shortage is also a big challenge. The recruitment and retention of drivers is becoming more dependent on the maintenance and safety of equipment, driver wages and the flexibility of driver schedules.

While we wait for the Fed to get its fiscal house in order, the private sector, as we’ve seen, continues to look for workarounds to the supply chain issue. And that begins with client focus.

“The most important pivot we’ve taken is to offer more services,” says Winters. “As a port operator, we’re tied to so many links in the chain, and we’d be blind to not notice our customers were running out of space. So, the question becomes, what unique solutions can we provide?”

He explains that, in the last three years, a DP World logistics park in the Dominican Republic doubled its space, and it’s still turning away new applicants. “We can’t build fast enough right now,” he says. “So, we went ahead and acquired a whole lot of extra land there because we were afforded the opportunity.”

Engstrom agrees on the need to ramp up customer service. For one, “We’re working to reduce bottlenecks by collaborating with our customers and shipping partners to continually improve our technology investments, which enable safe and transparent communication between entities.”

That means all private-sector hands on deck. As Luttrell explains, everybody involved has to pitch in on the solution and work to make the chain more “resilient, whether that be in the form of implementing such technologies as warehouse management systems or improving the real-time visibility of products in the chain.”

It is critical, he says, to focus on such infrastructure upgrades. “We need to make those investments,” he says, and the time to begin is now.

The folks of BNSF are on board. Engstrom cites its intermodal facilities, where a RailPASS app and automated gate systems, “reduce drivers’ gate times to as little as 30 seconds, and we’re piloting gateless technology for further fluidity.

“Plus, for back-office exchanges,” he continues, “we employ application programming interface [API] technology to help shippers track their freight in real time.” In keeping with the firm’s faith in transparency, the application also allows customers to view the API data and “receive real-time notifications when certain shipping conditions are met.”

Not surprisingly, ongoing investments in tech, “will help bridge shipment visibility gaps and increase efficiency across multiple segments of a supply chain.”

Recognizing that good customer service is good business, Winters, like our other speakers, sees fixing their immediate needs as a priority. “It’s not so much the revenue right now as much as it is about providing answers for our customers.”

Toward that end, what he calls one of the most important customer-service improvements the firm has made has been creating more efficient berthing schedules. “We’re orchestrating them differently so ships can get in and get out more efficiently,” he says. “Remember, they’re making more than one stop.” In exchange, the shippers often provide more shared space on their vessels for other port customers “who might otherwise be shut out.”

He adds that a recent 40% drop in ocean freight rates might be an early sign of a turnaround. It’s also evidence, he believes, “of free enterprise at work.”

Clearly, we’re not out of the supply chain weeds quite yet, and as our speakers attest, improvement will evolve rather than appear overnight. But while the Fed takes its small steps, the private sector is hard at work on its customer-focused solutions.

Mike Engstrom, Keith Winters and Bill Luttrell will speak at the IAMC Fall Professional Forum in Detroit in a session titled “Supply Chain Fatigue: What else is there to talk about?”