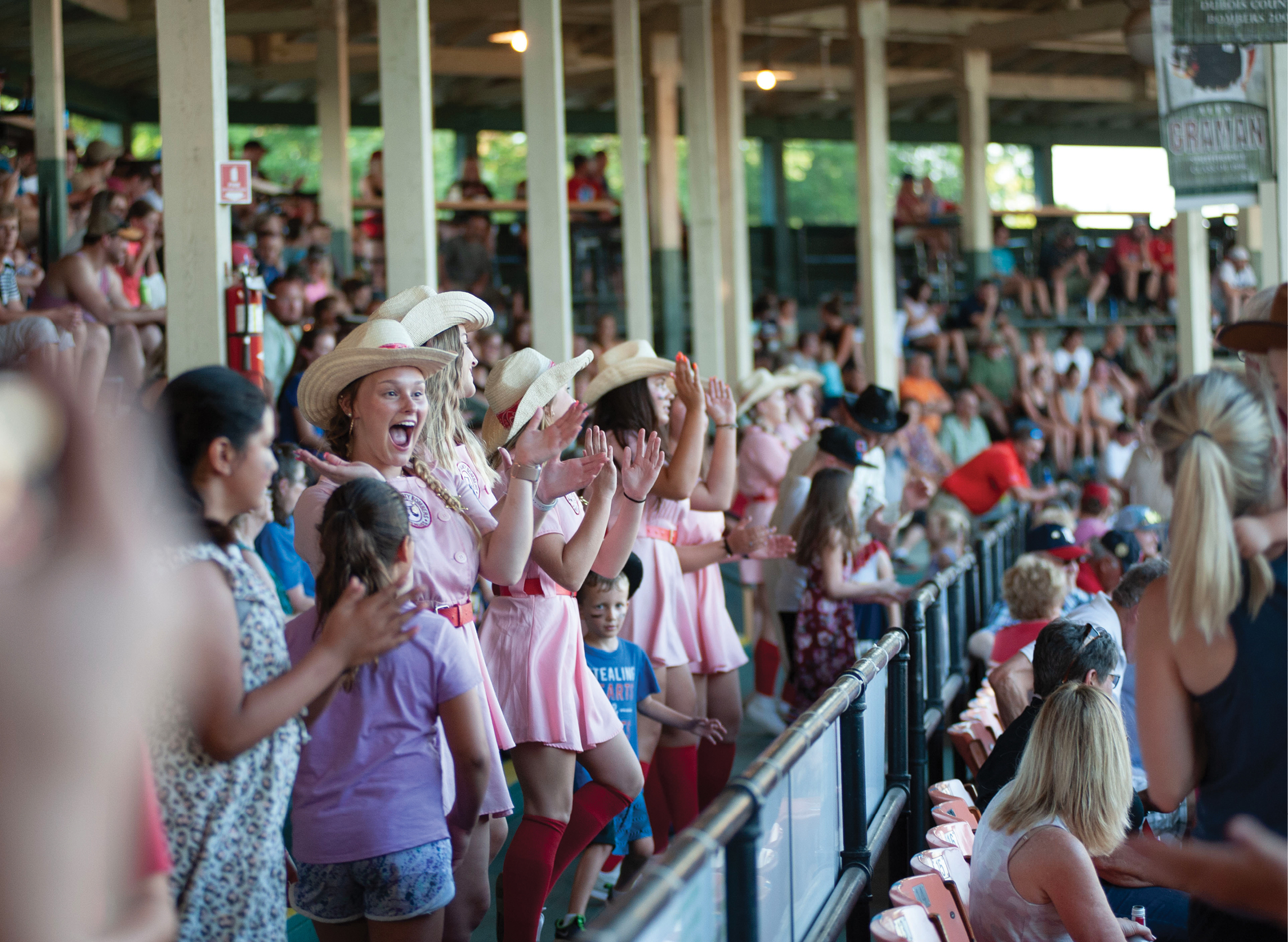 here’s a certain sense among Hoosiers that, wherever else they may find themselves, home is Indiana. So it was for Steve Schwinghamer, mayor of Huntingburg in southern Indiana’s Dubois County.

“I went away to Florida for 40 years, and I always wanted to come back home,” Schwinghamer muses. “There’s a unique quality of life that makes people want to live here.”

That latent tug of the Heartland is one that Schwinghamer and other leaders in rural Indiana are attempting to tap through creative efforts to attract new talent to their communities, Indiana natives among them. Dubois County is among those offering $5,000 to remote workers willing to relocate from out of state.

“For us to retain the businesses in our area, we have to be able to recruit,” says Mayor Dean Vonderheide of Jasper, Huntingburg’s neighbor and friendly rival to the north. “We probably have 2,000 jobs open right now. But people are coming back and we’re getting a lot of younger people moving in. Here there’s less stress,” he says. “And when you come to a small town, you’ve got a community to rely on.”

As part of their marketing efforts, Jasper and Huntingburg maintain portals at makemymove.com, a Purdue University–based web service that caters to remote workers seeking new locations. A visit to the site reveals similar cash offers from southern Indiana’s Daviess, Greene and Orange counties, the latter tailored to military veterans. Total re-imbursement for the programs — including perks — can near $5,500.

Those who support the offer of relocation packages point to Indiana University research showing that, in addition to bolstering workforces, new residents create an economic impact up to twice their incomes. Schwinghamer says he hasn’t incurred resistance to the idea of paying people to move to Huntingburg.

“We are a very welcoming community,” he says. “And when people get here, they’re going to stay.”

Is There a Better Deal Than This One?

In addition to its relocation allowance, Orange County is party to an exceedingly bold campaign to attract workers plagued by an all-too-widespread challenge: the shortage of affordable housing.

“We’re actually the ones to give the keys to the new homeowner,” says Kristal Painter, the partnership’s executive director.

Spread across two subdivisions, one in French Lick and another in West Baden, the program is to initially offer 100 three-bedroom, two-bath homes from as little as $155,000. Some of the houses sit on an acre or more of property. Caity Pierce, a schoolteacher, told Indiana’s WFYI that the offer of a home helped to draw her back to the community where she grew up. Painter says the first four homes sold at $65,000 less than their appraised value, instant equity for the new homeowners.

“People want to stay local, they want to stay home,” she says. “And to put it into perspective, there hadn’t been a new residential development here since the 1960s. So, this is a huge leap ahead for our community.”

Leaders across the region also recognize the necessity to build upon the assets that make their communities special. Thus, big plans are in the works for Huntingburg’s League Stadium, one of the last of the all-wood baseball parks and the backdrop for the 1982 hit movie, “A League of Their Own.” Currently home to the Dubois County Bombers of the throwback Ohio Valley League, League Stadium is adding new seats as the city courts Major League Baseball for a possible “Field of Dreams” game. 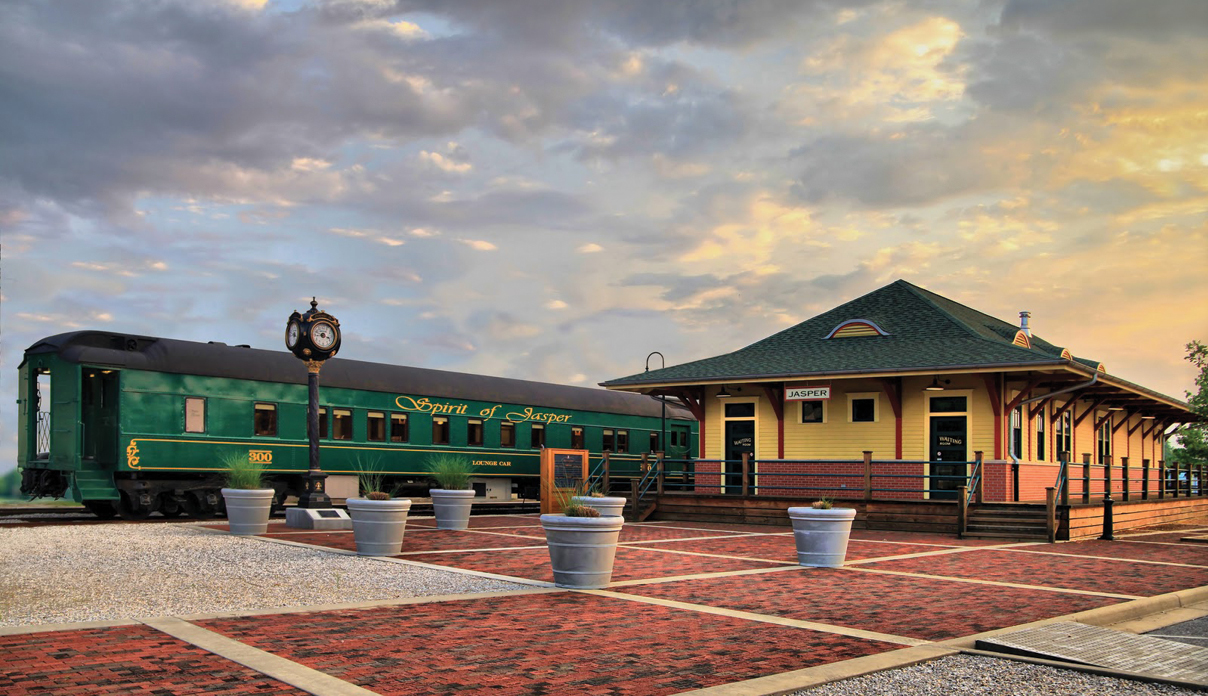 Courtesy of City of Jasper

“Renovating the stadium is pretty expensive,” says Mayor Schwinghamer, “but League Field brings in a lot of tourists and is a big part of Huntingburg.”

Similarly, Jasper’s long-term commitment to the arts manifests itself in the $17.5 million Thyen-Clark Cultural Center, opened in 2021 as home to Jasper Community Arts and the Jasper Public Library. The 63,000-sq.-ft. facility features galleries that showcase art from around the world. It also offers makerspace and event facilities.

“It’s the type of facility,” Mayor Vonderheide boasts, “that you don’t see in a community of our size. Investments in the arts like these,” he believes, “go a long way.”

A burgeoning sense that a rising tide lifts all ships resides behind the creation of Dubois County’s Bike and Pedestrian Master Plan. Funded through a grant from the Indiana State Department of Health, the plan envisions a network of 260 miles of bicycle and pedestrian routes linking towns and scenic destinations such as Hoosier National Forest, the Parklands in Jasper, Michael Neihaus Memorial Park in Huntingburg and the Barnes-Sehm Wetland Conservation Area between the two towns.

Once divided physically by the Patoka River and spiritually by such parochial concerns as football rivalries, Jasper and Huntingburg are emblematic of a region that enjoys a growing spirit of cooperation and belief in its own gifts. As another bit of evidence, the “Spirit of Jasper,” a dining car experience, has at long last inaugurated service between the two towns on either side of the river.