Putting Industry into Motion on the East Coast 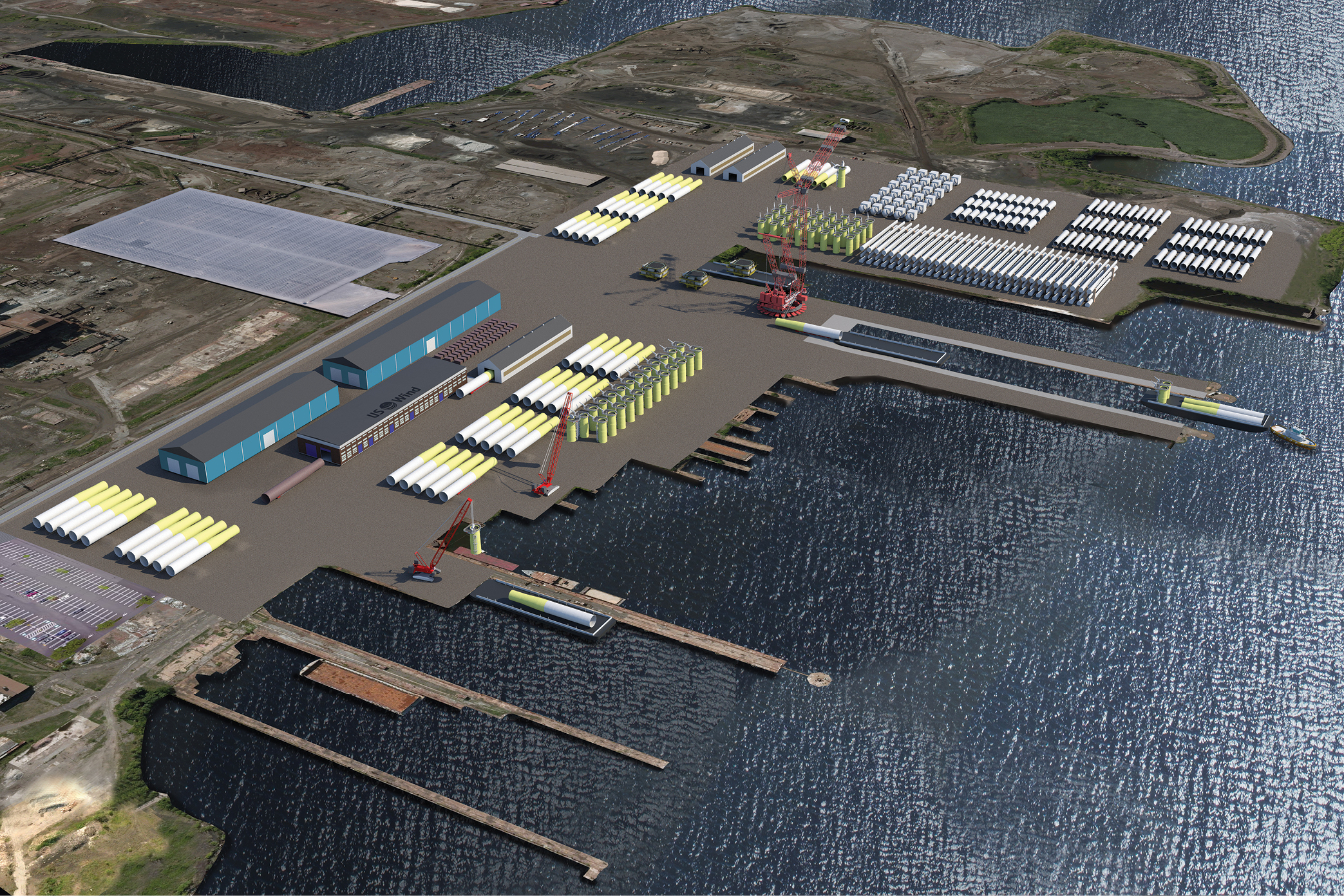 US Wind will build monopiles for offshore wind turbines at Tradepoint Atlantic.
Image courtesy of US Wind
by MARK AREND
L

et’s say you’re a manufacturing, marine logistics or e-commerce company looking for an East Coast location with onsite access to Interstates, proximity to a major seaport with deep-water berths, rail service and a nearby international airport. Your checklist also includes a Foreign Trade Zone, a marine terminal, a deep labor pool and a healthy menu of incentives. Your site search will likely bring you to Tradepoint Atlantic, a 3,300-acre industrial center in Baltimore County, Maryland, on the site of the former Sparrows Point Steel Mill once operated by Bethlehem Steel. 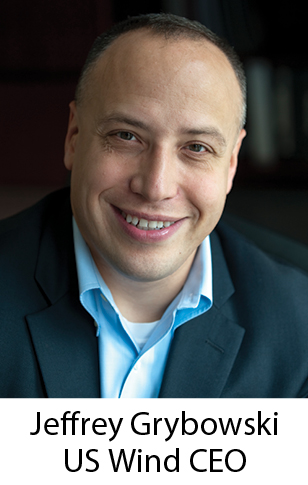 That’s where — for the same reasons — BMW, Amazon, Floor & Decor, McCormick and more than 30 other companies have established operations in recent years, adding more than 12,000 jobs to the local economy.

One recent investor is bringing steel fabrication back to Sparrows Point — and significantly boosting Maryland’s offshore wind industry at the same time. In August 2021, US Wind announced the 22-turbine MarWin project, its first major offshore wind project, and a port facility agreement with Tradepoint Atlantic to develop 90 waterfront acres into a new offshore wind deployment hub. The company will initially invest $77 million and has expansion plans for development of up to an additional 1,200 MW of offshore wind energy. This project, known as Momentum Wind, will include a new steel fabrication facility at Tradepoint Atlantic and up to 82 more turbines.

“We have long been evaluating port options on the East Coast of the United States for our offshore wind-related activities and are familiar with most of the major ports,” says Jeff Grybowski, US Wind CEO. “We’ve known about Tradepoint Atlantic for a number of years, and we determined that for our purposes, this is the best port facility on the East Coast. It’s unique in that it’s a spacious industrial site on the waterfront. The amount of room that was available to us was quite important, because our activities are substantial in nature. That was the key driving factor. 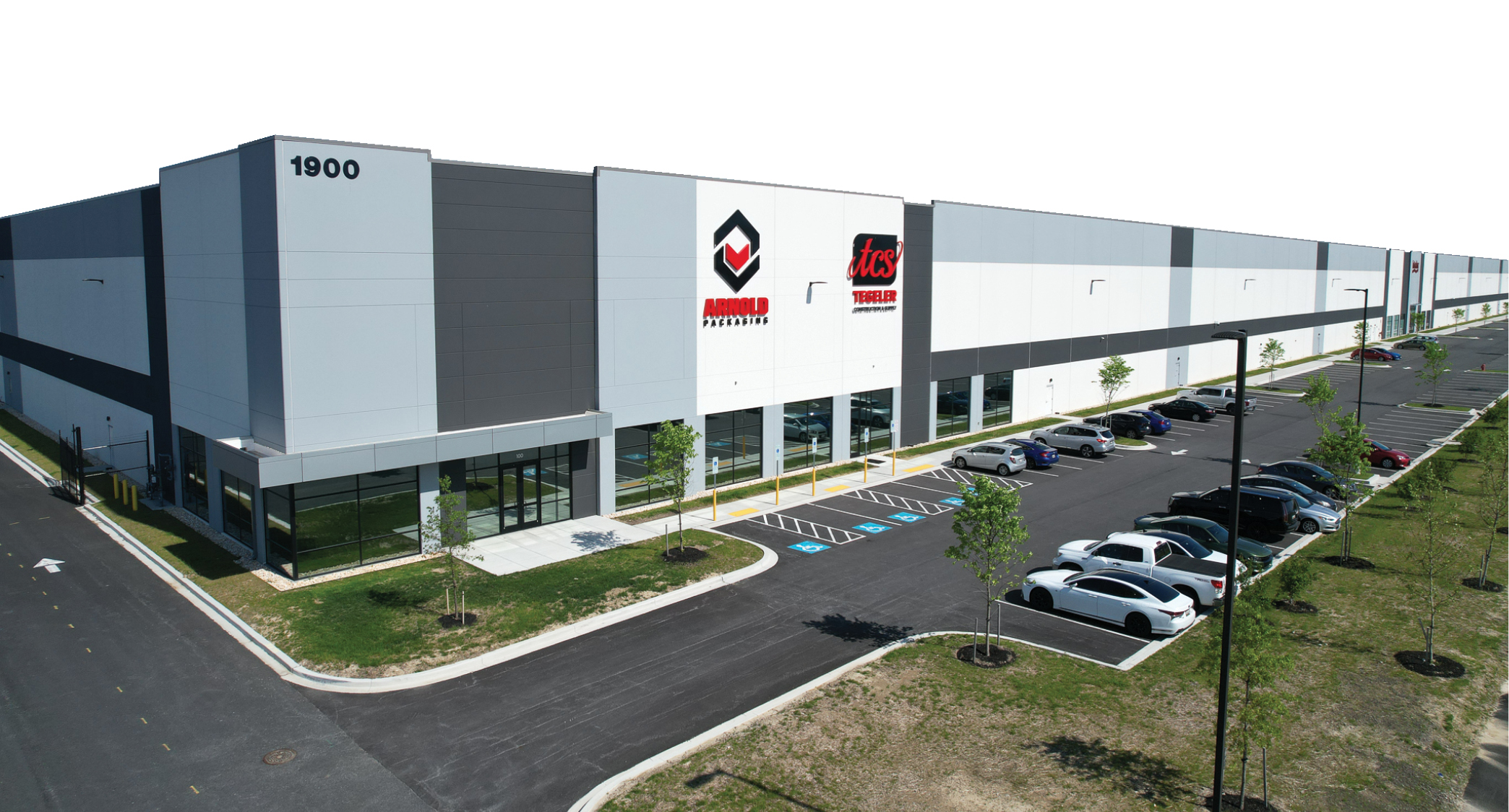 “Industrial infrastructure is also very important to us — the waterfront infrastructure as well as rail and proximity to major highways on the East Coast,” adds Grybowski. “It’s a facility where substantial investment has previously been done to address some of the critical development concerns that a leaseholder might have, including a great deal of environmental work. This made our review of the site relatively easy.”

Groundbreaking for the steel fabrication facility for constructing monopiles is scheduled for early 2023. When operational, steel plate will be rolled into tubular structures used as the foundation for the offshore turbines. Grybowski says steel fabrication at the site may one day expand beyond monopile production, but mainly for offshore wind applications. Meanwhile, he says, Tradepoint Atlantic is “a unique waterfront asset on the East Coast.” 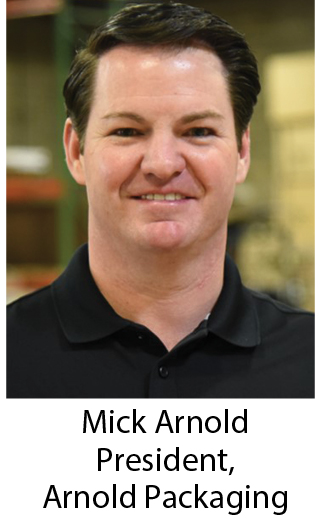 A Box Maker Checks the Boxes

Arnold Packaging commenced operations at a new, 91,200-sq.-ft. facility at Tradepoint Atlantic in January to accommodate the need for increased capacity. The container maker has doubled its business in the past five years and required more space to meet demand. Consolidating company divisions into one site was a priority, as was finding a location that would retain employees. Suitable space in Baltimore was scarce, says company president Mick Arnold, but not at Tradepoint Atlantic, where a build-to-suit facility checked all the boxes.

“As the lease in our prior location was coming to an end, we looked at many sites, mainly in the city of Baltimore,” Arnold relates. “Pre-pandemic, it was a very tight market with high occupancy levels. We needed bigger ceiling heights for our distribution business and manufacturing space with better flow and more storage. Also, a lot of the Baltimore inventory was older with lower ceilings, and Amazon had taken over a lot of the newly flipped buildings.”

Tradepoint Atlantic gives the company room to expand, proximity to the Port of Baltimore, logistical support and access to 33% of the U.S. population in a one-day drive. The location also paves the way for new collaborations with other tenants, such as Under Armour, Amazon, Volkswagen and The Home Depot.

“Part of our decision to move here to the largest piece of industrial land in North America was strategically to be the packaging company on this site,” Arnold explains. “United Safety Technology is going to build a glove manufacturing plant here, and we’re engaged with them. Slowly but surely, we are starting to engage our neighbors and convert them into customers. This location has absolutely given us an advantage.”

This Investment Profile is prepared under the auspices of Tradepoint Atlantic. For more information, visit www.tradepointatlantic.com